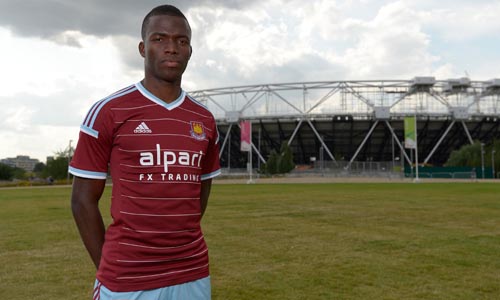 There is no doubt that West Ham have had a great start to the season.

18 points from 11 games is a stark improvement on their total at the same stage last season, when they had only picked up 10 points and were lying in 16th place, 12 places below their current position.

Wins against Liverpool and Manchester City stand out as their best games of the season to date, but a 2-2 draw against Stoke at the beginning of November was a clear indication of just how far the Irons have come.

Last season, West Ham would have crumbled after being 2-0 down, but this time around it was a different story. A goal on the hour mark from Enner Valencia gave his team a much-needed lift and was followed up by a well taken Stewart Downing strike.

When West Ham looked out of the game, the players pulled together to get a result in a match they looked out of for over 50 minutes.

The Hammers have a run of fixtures coming up that they could pick up a lot of points from and although wins against the so-called ‘big teams’ are special, beating the teams you will ultimately be competing with for position come the end of the season is far more important, especially with the battle for European places already hotting up.

With West Ham soon having to face the likes of Newcastle United and Swansea, the players will have to be in the same form they showed against Liverpool and Manchester City in order to be victorious.

Before facing Newcastle and Swansea, West Ham face the unenviable task of playing Everton at Goodison Park, a ground that hasn’t been kind to the Irons in recent years.

In their last five trips to the Toffees, West Ham have only picked up two points out of a possible 15, a record that Sam Allardyce and his players will be desperate to improve upon.

Everton look like they’re on the up after two hard-fought draws against Sunderland and Swansea. The free-flowing football that Roberto Martinez was praised so highly for last season has returned in recent weeks after being absent for the few months of the season. The game against West Ham could well be the one that Everton turn the corner in and end a run of five games without defeat for the east Londoners.

West Ham then face Newcastle at home in a game that only a month ago would have probably been an easy West Ham win, but with the Magpies climbing the table as rapidly as they have been, it could be difficult for the hosts to take maximum points.

Four straight Premier League wins have propelled Alan Pardew’s side up to eighth in the table and they are showing no sign of letting up. West Ham will have to keep an eye on Ayoze Perez, who only joined from Tenerife in the summer and has scored in his last three games.

Only a few days after facing Newcastle, West Ham go up against West Brom, a team languishing in mid-table and looking for results.

West Brom shouldn’t pose too much of a threat to Allardyce’s men, but history will tell you that this fixture could be a banana skin for West Ham. In their last three visits to The Hawthorns, they have only picked up two points, but with a strikeforce looking capable of scoring in every game, it could be an easy win for Diafra Sakho and co.

West Ham’s final game before fixtures build up over the festive period is at home to Swansea, a team that like West Ham have enjoyed a good start to the season and with their next few fixtures not looking too difficult, could be in a similar position when they meet the Hammers.

Gylfi Sigurdsson has been one of their best players so far, scoring seven goals – the same number he scored in the whole of last season. He now looks at home at Liberty Stadium, a ground he spent half of the 2011-12 season at. West Ham will also have to watch out for Wilfried Bony, a player who showed proficiency in front of goal last season, but only shown glimpses this campaign.

Once again, the race for European places will be hard-fought and there is no reason to suggest that West Ham won’t be one of the teams competing for them.

Their next four games won’t decide their final position, but will go some way to determining whether they will be able to sustain their challenge for a place in Europe, or be scrapping in the middle of the table.