Against all the odds, the opening day of Wimbledon has brought warm and brilliant sunshine to a corner of the world that has spent days—for some, weeks—dodging the showers, the wind and the cold.

And being Wimbledon, not a hair is out of place. The colour-coordinated flowerbeds and hanging baskets are pristine, the benches are newly varnished, even the roads outside have fresh, white markings that were still being painted just three days before. 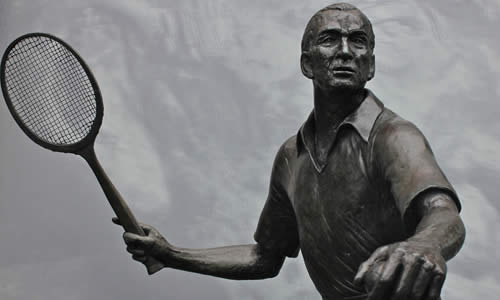 As for the courts…they could be emerald velvet. They stand, awaiting those first scuff marks from hundreds of feet through dozens of matches, knowing that by close of play on closing day, they will have changed to dowdy brown. For now though, the dew is gently soaked up hand to make them—well, even more perfect.

So before defending men’s champion Novak Djokovic opens on Centre Court, before David Nalbandian marks the 10th anniversary of his first and only final here on Court 1, before two women’s Grand Slam titlist start proceedings at 11.30 precisely on outside courts, here are some facts and figures about the best tennis tournament in the world. 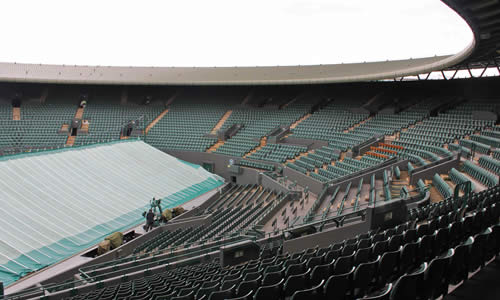 From this, Court 1 on a rainy Thursday…

Winner of most women’s singles titles, Martina Navratilova with nine, and on the men’s side, William Renshaw and Pete Sampras have seven apiece.

May Sutton of the US was the first overseas singles champion in 1905.

Virginia Wade was the last British singles champion—winning in the tournament’s centenary year in front of Her Majesty the Queen. 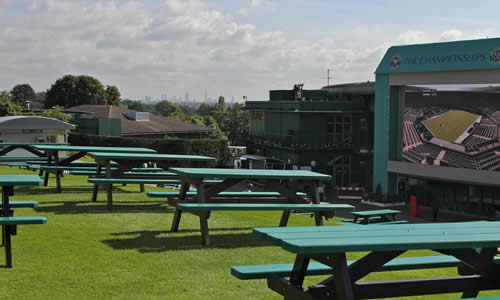 To this, before gates open on Monday, with even London’s ‘shard’ visible

Around 54,250 balls are used during The Championships—and yellow ones were used for the first time in 1986.

The tie-break was introduced in 1971.

New safety standards turned Centre Court into an all-seater for the first time in 1990.

The green and purple ‘house colours’ were introduced in 1909. 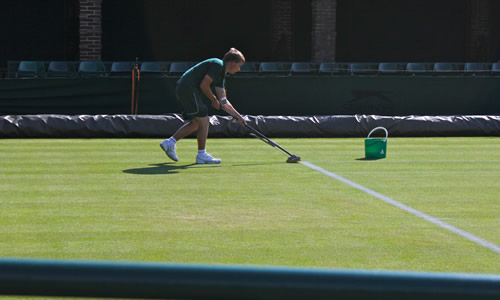 Mopping up the dew

Introduced in 1986, the “Last Eight Club” recognises players who have reached the quarterfinals of singles and the semi-finals of doubles at The Championships. The special guests of the Chairman of the Club this year are Andre Agassi, Steffi Graf, Rod Laver and Frank Sedgman.

This year, the tournament has three sets of sisters in its main draw. The Williams, Venus and Serena, have been here many times before, and the Radwanskas, Agnieszka and Urszula are also familiar faces.

But 20-year-old Czech twins Karolina and Kristyna Pliskova make their first appearance together in the main draw of a tour event via qualifying last week.

As chance would have it, all three sets of sisters are split between the top and bottom halves of the draw.