Wimbledon 2013: Fifth seed David Ferrer says he is happy to win after a tough four-set victory against Croatian Ivan Dodig 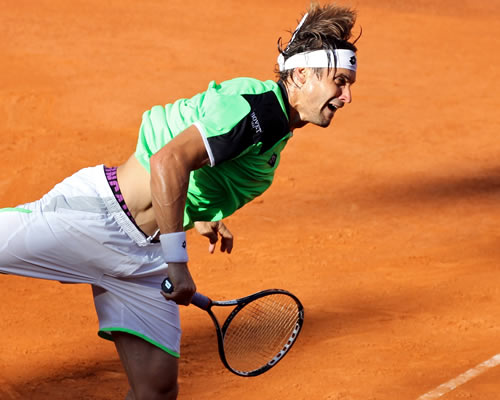 David Ferrer says he is remaining positive about his Wimbledon chances after bouncing back from a difficult start to beat Croatian Ivan Dodig in four sets.

World No49 Dodig looked to be on his way to causing another shock result at this year’s championships when he took advantage of fourth seed’s inability to maintain any sort of consistency.

Dodig’s serve was causing most of the problems for Ferrer but the clay court specialist used his superior fitness to draw level in the second set tiebreaker and dominated thereafter.

“I think the last year I played my best tennis at Wimbledon.

“This year I am playing good also. I am doing a very good season.

“He played better than me in important moments. But I was focused all match I was positive and consistent with my game.

“When I won the second set, the third and the fourth I receive better, I play more confident with my game.”

The French Open finalist will now face the powerful Juan Martin del Potro after he defeated the Italian Andreas Seppi 6-4 7-6 6-3.

En-route to the quarter-finals at last year’s championships, Ferrer was victorious against the dangerous Argentine but believes his opponent is much stronger on grass than himself.

“It’s going to be difficult for sure. I need to play my best tennis to win and in grass court I think is more difficult.

“He play better than me in grass court, last year I won to him but I think I play my best on grass court.”