Wimbledon 2013: Tournament confirms a £6.5m increase in prize money from last year, as well as plans for a No1 Court roof 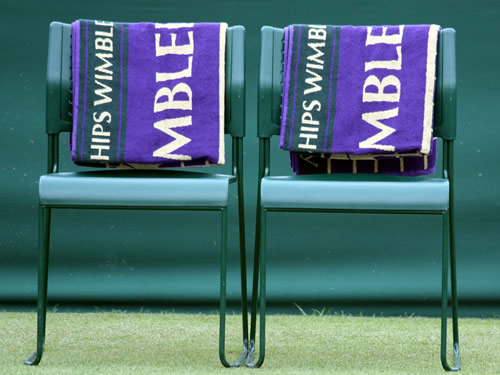 The singles titles winners will each receive £1.6m this year Photo: Marianne Bevis

Wimbledon may be the last of the Grand Slams to show its prize-money hand in 2013, but it was certainly worth waiting for.

Hot on the heels of record offerings from the other three Majors, Wimbledon has today announced the largest single increase and the largest total in the history of professional tennis.

The purse for the 2013 Championships rises to £22.6 million, a £6.5 million rise over last year. The winners of the men’s and women’s singles titles will each receive £1.6 million compared with the £1.15 million taken home by the 2012 champions, Roger Federer and Serena Williams.

The tournament has also taken to heart the ongoing debate about the distribution of winnings through the lower ranks of players. It is therefore building on the moves made last year—and subsequently by each of the other Grand Slams—and targeting significant increases at players who lose in the early rounds or qualifying.

The majority of singles players who lose in the first three rounds —88 per cent—will benefit from rises of over 60 per cent, while there will be a 41 per cent increase for qualifiers.

Nevertheless in its announcement, the All England Club also acknowledged the need to reward its star attractions: “The club appreciates the contribution of the other singles players—the last 16—whose box-office appeal plays such an important part in the success of The Championships.

“For this group of players there is an average increase this year of 40 per cent with the Gentlemen’s and Ladies’ Singles Champions each receiving £1.6 million, a 39 per cent increase.”

Players in the doubles tournaments will receive a 22 per cent rise.

In making the announcement, the All England Club chairman, Philip Brook, said: “I would like to thank all those whose contribution to Wimbledon’s success both on and off court has today enabled us to announce these significant levels of investment in The Championships.

“For the players, it is a deep appreciation of the demanding nature of professional tennis and the top quality entertainment they bring, while for The Championships it is about giving all our visitors the finest stage on which to enjoy Wimbledon.”

Brad Drewett, executive chairman and president of the men’s tour’s professional body, said: “The latest prize money increases announced by Wimbledon complete a successful set of discussions for the ATP with all four Grand Slams regarding player compensation.

“The Slams are important events that generate significant revenues, and the ATP has strongly advocated that all players who perform there should share in a more acceptable percentage of those revenues.

“Each of the Slams deserves credit for the way they have stepped up in this regard over the past 15 months.”

But it is not just in prize money that Wimbledon plans to lead the way. As part of a wide-ranging and ambitious Master Plan to—in its own words—maintain it as the ‘premier tennis tournament in the world’, the Club has confirmed it will reconfigure Court No1 to add a retractable roof for the start of the 2019 tournament.

Combined with Centre Court, this will take Wimbledon’s covered capacity to 26,500 spectators, the only Major—along with the Australian Open—to have the flexibility of roofed show courts.

There is plenty more to whet the appetite in the Club’s long-term vision, too. Guided by the overarching concept of ‘tennis in an English garden’, the site will be developed into four themed ‘garden’ sectors.

On the northern boundary, the entrance area below Court 1 will be cleared to make way for an accessible, ‘cascading terrace’ of practice courts along with three new Championship courts (replacing 4, 8 and 19).

The central section, between Centre Court and Court 1, will replace the current Court 19 with a public plaza.

The biggest changes are proposed in the southern sector, which will be opened up to a major new entry gate at the junction of Somerset Road and Church Road.

The service buildings and clay courts currently crammed into this corner of the site will be relocated to a renovated Somerset Road site, and Court 12 will be moved from alongside Court 2 into the newly-opened south segment. Finally, Courts 4 to 11 will be reduced by two and the remaining six courts spread out for better public access.

Watch an elegant animated visual for a clearer picture of the planned changes.

One other bold change to The Championships was announced last year: what has been an immovable date in the sporting calendar. From 2015, Wimbledon will move back by one week to the end of June to create a three-week gap between the French Open and Wimbledon.

Not only will the move give the players a greater recovery period between the two most tightly-scheduled Majors but will allow a longer grass season for the original surface of lawn tennis. Already the Mercedes Cup, currently played on clay the week after Wimbledon, has got approval from the ATP to move to the week after Roland Garros, and onto grass, from 2015.

Throughout the Monte Carlo Rolex Masters, played in one of the most picturesque locations on the tennis tour, viewers of Sky TV were asked to nominate the best tournament in terms of overall visitor experience. Wimbledon received four times as many votes as all the others combined.

The All England Club clearly intends that the most traditional of all tournaments does not rest on its historic laurels but looks firmly to the future.