Wimbledon 2013: British No1 Andy Murray insists there are still top players left in the draw after the Scot beat Yen-Hsun Lu 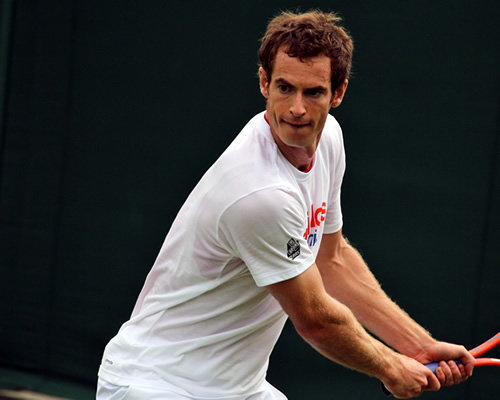 Andy Murray is the second seed at this year's Wimbledon Photo: Marianne Bevis

Andy Murray insisted there are “still top players” left in the draw after the British No1 beat Yen-Hsun Lu in straight sets in the third round at Wimbledon.

The world No2 produced an efficient display against his Chinese Taipei counterpart, powering through 6-3 6-3 7-5 on Court One.

Murray will now face Spanish 32nd seed Tommy Robredo in the next round after his prospects of landing an elusive Wimbledon title dramatically improved on day four.

The Scot’s potential quarter-final opponent Jo-Wilfied Tsonga pulled out of the tournament due to injury, while his conqueror in last year’s final, Roger Federer, suffered a shock four-set loss to world No116 Sergiy Stakhovsky.

“Everybody was so obsessed with how the draw was before the tournament started. Now everybody wants to change their views on it because a few guys have lost,” Murray said.

“There’s top players still left in the tournament, and there’s a lot of young guys as well coming through, guys like Gulbis, Janowicz.

“Those sorts of players are starting to break through and play more consistently.”

Sixth seed Tsonga defeated seven-time champion Federer at the All England Club two years ago but retired when trailing Ernest Gulbis, citing a knee injury on a day when seven players retired through injury.

“That’s sport. You never know. You can pick things up very easily.

“Obviously when you’re playing, when you’re practicing, you can fall down the stairs, trip over your shoelaces. Who knows but I feel fine right now.

“I’ll just concentrate on my next match. I’m playing a tough player, a very experienced guy and worry about that match.”