Wimbledon 2014: Caroline Wozniacki is beaten 6-2 7-5 by world No43 Barbora Zahlavova Strycova in round four 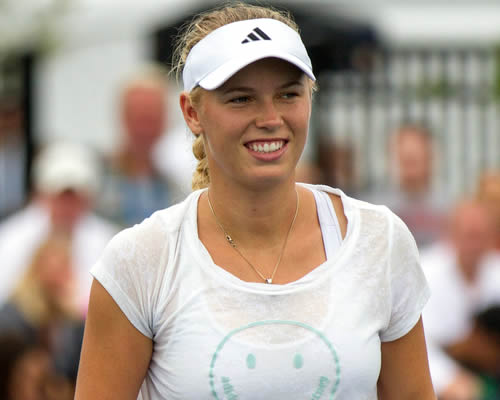 Caroline Wozniacki has never been past round four at SW19 Photo: Marianne Bevis

Caroline Wozniacki was left to rue some “stupid mistakes” after the 16th seed was knocked out of Wimbledon in the fourth round by Barbora Zahlavova Strycova.

The Dane has never been past the last 16 at SW19 and lost 6-2 7-5 on Court 12 to Strycova, who is through to her first Grand Slam quarter-final.

Strycova, ranked 43 in the world, beat second seed Li Na in the third round and will face either Petra Kvitova or Peng Shuai in the last eight at the All England Club.

“It was a tough one,” said Wozniacki, 23. “She’s a little bit of a different player to play. There was no rhythm out there. I didn’t serve as well as I have earlier on in the tournament – that makes it harder on grass.

“Even when I had some opportunities I made some stupid mistakes or didn’t play the balls properly. It was one of those matches.

“Obviously I would have loved to have been further. The fourth round has been the furthest I’ve gotten here, where I feel like I should have gone further some years.”

The Dane continued: “Every player goes through ups and downs a little bit. But I’m very motivated.

“I’m not going to really take time off, I’m just going to go back and practice and try and get better.

“I’m definitely motivated and excited for the rest of the year.”