Wimbledon 2014: Feliciano Lopez beats John Isner in four sets to reach the fourth round at SW19 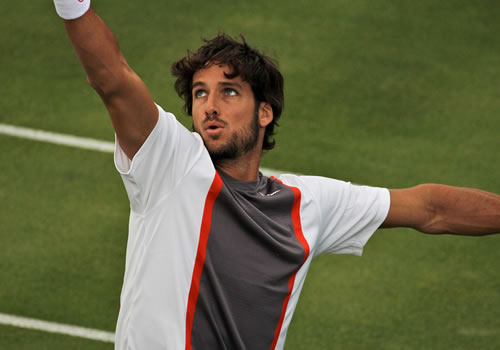 Feliciano Lopez is through to the fourth round at SW19 Photo: Marianne Bevis

Feliciano Lopez has expressed his delight at beating John Isner to reach the fourth round of Wimbledon after a testing four-set encounter.

The 32-year-old Lopez insists that the match panned out how he had been expecting but said that didn’t make it any easier.

Isner’s defeat means that it is the first year since 1911 that no US player will feature in the fourth round of either the men’s or women’s draws at SW19.

“When you beat players like John, when you go through a difficult match like this, you have to be proud of yourself,” said Lopez.

“To beat Johnny on that court is such is difficult task, and I made it. To play him, it’s always difficult.

“There is no rhythm; a lot of aces; a lot of points where you don’t play. You have to be always aware until the chance is coming.

“This what I tried to do during the whole match. At the same point, it’s tough to be focus all the time.

“It’s not fun. I mean, it’s fun because I won it, but it’s a difficult match to play.

“These guys, they play like this, and you know already what are you going to face.”

Meanwhile, Stan Wawrinka also booked his place in the fourth round with a 6-3 6-3 6-4 win over Denis Istomin.

“The confidence, my level, everything I did since the beginning of the year,” said Wawrinka. “I’m playing my best tennis this year, so I’m happy with that.”