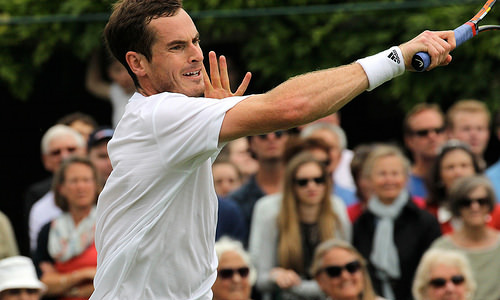 Andy Murray conceded that Grigor Dimitrov was the better player ” from start to finish” after the defending Wimbledon champion crashed out in straight sets.

The home favourite had break points in Dimitrov’s opening service game, but the Bulgarian recovered to seal a 6-1 7-6 (5) 6-2 victory over the 2013 Wimbledon champion and reach his first SW19 semi-final.

Everyone’s starting to get better. The younger guys are now obviously becoming more mature and improving all the time

And Murray, who lost to the 11th seed in three sets earlier this year, was quick to praise his opponent, while bemoaning his slow start to the last-eight match.

“He was the better player from start to finish,” Murray said, before adding: “I certainly lost the match today. I don’t think I won it. He played better tennis than me for the entire match.”

The Briton continued: “My start to the match was poor. I started the match badly and I think that gave him confidence.

“I should have done a better job at the beginning of the match of making it tougher for him, and I didn’t manage to do that. Also, when I got back into the second set, the end of the set, that was my opportunity there.

“He’d been up in the set a break and I’d come back. Momentum was starting to shift a little bit. Couldn’t quite do it.”

I just need to be as composed as possible, as humble as possible. It’s just a good stage for me to be in

Asked if it was the most disappointing result of his career, Murray pointed to his four-set loss to Roger Federer in the 2012 Wimbledon final: “Toughest loss of my career was losing in the final here in 2012. But I need to go away and make a lot of improvements in my game. I’ve lost a couple of matches in the last few slams where I’ve lost in straight sets and played poorly.

“So I need to have a think about things, what are the things I need to improve, and get myself in better shape and work even harder. Because everyone’s starting to get better. The younger guys are now obviously becoming more mature and improving all the time.

“I need to make some improvements to my game.”

Dimitrov’s victory sees the Bulgarian reach his first Grand Slam final, and the 23-year-old was delighted with his straight sets win despite his off-court friendship with Murray.

“The tournament continues for me. I just need to be as composed as possible, as humble as possible. It’s just a good stage for me to be in,” Dimitrov said. “I’m happy to be on that semifinal. Hopefully there’s two more to go for me.”