Wimbledon 2014: Rafael Nadal admits his shock exits in 2012 and 2013 are still in his mind after reaching round two 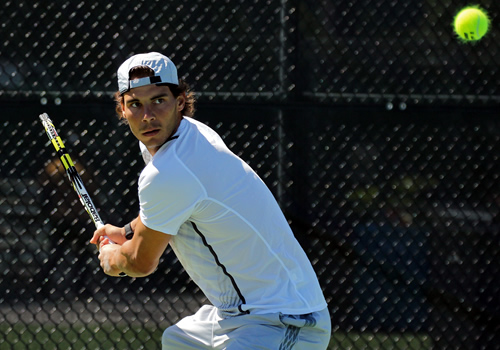 Rafael Nadal admitted he has forgotten his shock early exits at Wimbledon in 2012 and 2013 after edging past Martin Klizan in four sets in the first round at SW19.

Two years ago, the Spaniard went out in the second round in a five-set thriller to an inspired Lukas Rosol, and last year an injury-troubled Nadal lost in straight sets to World No.135 (now 380) Steve Darcis.

So there was a slightly nervous atmosphere on Centre Court as Slovakian Klizan took the first set 6-4 against Nadal, but the Spaniard managed to recover to take the next three sets 6-3, 6-3, 6-3 – and banish any lingering demons – that is until he faces a certain Mr Rosol in the next round, at least.

“It was a positive match for me. First thing, because I won. That’s the most important thing,” Nadal said.

“I haven’t played much on grass for the last three years. So it’s always is like I’m restarting. So I’m happy for the victory.

“I think I can do better than what I did today, but I knew I would not play at 100% after not playing on grass for a while.

“He is a tough one, a very aggressive player. He beat me here, so he will be very confident,” he said.

Wimbledon 2014: Heather Watson shakes off nerves to reach round two