Wimbledon 2014: Sam Stosur struggles to find the reason for her poor form on grass after another early exit 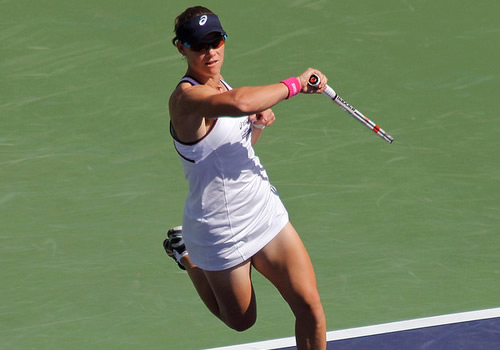 Sam Stosur was left searching for answers after she suffered a surprise first-round defeat by Belgian Yanina Wickmayer at Wimbledon.

Stosur, who has never been past the third round at SW19, went down 6-3 6-4 against Wickmayer, ranked 52 places below her at No69 in the world.

And the 30-year-old is still struggling to pinpoint a reason for her disappointing form on grass.

“I’m pretty annoyed about it to be honest,” said Stosur when asked about her Wimbledon woes.

“I don’t have an answer because, like I said, I do feel I played well; I think she played well and she stuck to it right from first point to last point.

“She did well to carry that through, and nearly without a blip.

“That’s that. I still think I’m a good enough player to get through first rounds here, and for whatever reasons it’s not happening.”