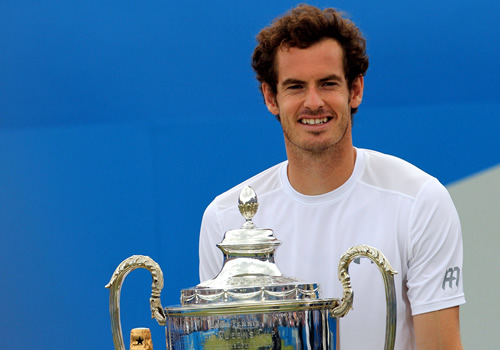 Whatever prayers the defending champion Novak Djokovic offered up to the Wimbledon gods ahead of Friday’s draw, they worked. The world No1 and top seed will not face any of his biggest rivals, the other members of the famed ‘big four’, before the final.

The reason things were able to unfold in this unusual way is simple: Rafael Nadal is at a lower ranking, No10, than he has been in more than a decade, indeed since he won his first Grand Slam at Roland Garros in 2005.

Not since his first appearance at Wimbledon—at the age of just 17 and ranked 76—has he been ranked outside the top eight, leaving him vulnerable to a fourth-round contest against the very best. But he, Djokovic, No2 Roger Federer, and No3 Andy Murray were, as it turned out, lucky. It was No8 David Ferrer who drew the Nadal short straw.

However, Murray drew a pretty short straw, too: a possible quarter-final meeting against two-time former champion Nadal. Indeed Murray’s route to another title on his home turf is perhaps the toughest in the draw. His fourth-round seed is scheduled to be a Grand Slam finalist and Wimbledon semi-finalist, Jo-Wilfried Tsonga. And after Nadal in the quarters, it could be seven-time champion and the only active man on the tour with a better grass record than Murray, Federer.

And all that to reach another title bout against his nemesis. Born just a week apart, Djokovic has stacked up a 19-8 head-to-head since their first meeting nine years ago. In fact, since Murray denied Djokovic in the semis of the Olympics at the All England Club in 2012, Murray has beaten the Serb only twice. The first was little more than a month after Murray won Olympic gold, going on to claim his first Grand Slam in New York. The second was back here, two years ago, to win the Briton’s first Wimbledon title.

There is certainly reason for optimism in the Murray camp, then, as the start of the tournament approaches. He has, after all, won the same number of matches this year as Djokovic, 41, he is second to the Serb in the race, he has three titles and, particularly significant, one on grass at Queen’s.

It is also worth looking at the draw with the hindsight of last month’s French Open draw, when Djokvoic found himself in a similar position to Murray. He, it was, who drew Nadal in the quarters, then had to stretch every sinew in taking Murray to five sets in the semis, before taking on not Federer but another former Grand Slam champion, the on-fire Stan Wawrinka. After so many matches this season, even the mighty Djokovic could not survive that kind of draw.

In the end, though, there is no getting away from the fact that Djokovic leads the rankings by a mile, has won the Australian Open and four Masters titles, and has won two Wimbledon titles. He remains the man to beat.

Then there is Federer, ever dangerous on this surface, also fresh from victory on the grass of Halle, and asserting openly that Wimbledon has been the primary focus of his season—to such an extent that he has yet to reveal any more of his schedule this year.

Federer came within inches of winning his eighth title here in a classic five-set final against Djokovic last year. As he approaches his 34th birthday, can he go a step further in his most beloved tournament?

His first big hurdle in the quarters could be the man who halted his progress to the Wimbledon finals for the first time since 2002: Tomas Berdych beat Federer in four sets in the quarter-finals in 2010 on his way to his only Grand Slam final.

But to return to our beginning: Djokovic may know he can only meet one from Federer, Nadal and Murray in his title bid, but he will also be only too aware that he has some short-term threats to negotiate.

Former champion and one of the most successful grass-court players in the draw, Lleyton Hewitt, could meet Djokovic in the second round. A confident Kevin Anderson, fresh from a final run at Queen’s to reach his highest ranking, could loom in the fourth round—though there are dangerous youngsters here too, in Bernard Tomic and Thanasi Kokkinakis.

Come the quarters, and it could be the two finalists at last year’s US Open, the eventual champion Marin Cilic or No5 seed Kei Nishikori—though both have had their injury problems.

As for the semis, No4 seed Wawrinka has been more of a thorn in Djokovic’s side than most. He it was who beat Djokovic to the French Open title. He took the Serb to five sets in the Australian quarter-finals, and last year beat him in five on his way to the Melbourne title. And the gauntlet was thrown down in 2013, when Wawrinka took Djokovic to five sets in both the Australian Open and US Open.

There are, then, a lot of fans who would pay good money to see them face off on the third surface, grass, for the first time—and all that before Nadal, Murray or Federer.

Matches to catch:
R1, Hewitt vs Nieminen, who both retire this year
R1, Nishikori vs Simone Bolelli: the former has an injury, the latter has 2015 form
R1 Teymurz Gabashvili vs Alexander Zverev: separated by 12 years, both expressive personalities
R3, Isner vs Cilic: expect fearsome serving

Matches to catch:
R1, Tommy Haas in only his fourth match in over a year, vs Dusan Lajovic
R1, Martin Klizan vs Fernando Verdasco
R3, Dimitrov vs Gasquet in battle of flair and single-handed backhands
R4, Kyrgios vs Raonic, both returned from injury setbacks