Sabalenka continues chase for No1, but French champions Swiatak and Krejcikova fall 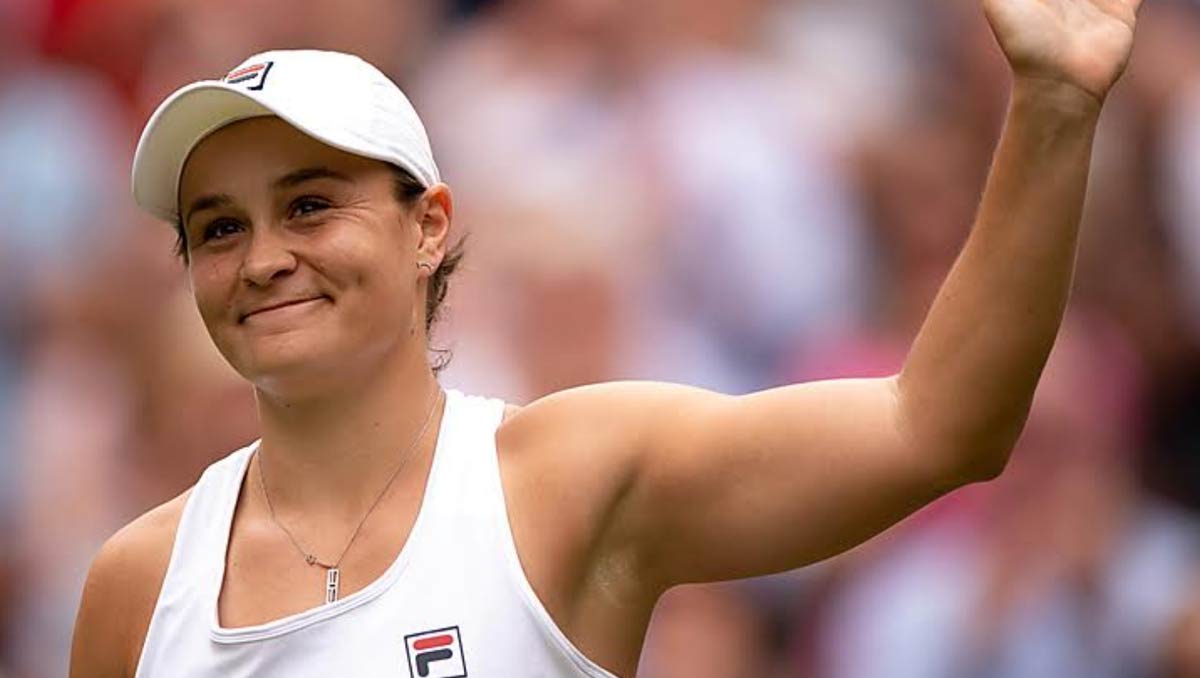 It is a day like no other in tennis, the result of an old tradition of no play on middle Sunday. Grass, the original and only ‘live’ surface in ‘lawn tennis’, once needed that day of rest during Wimbledon’s fortnight to tend the worn turf.

These days, we are told, the kinds of grass and technology used no longer need that tender care. Perhaps, one is tempted to suggest, the hundreds of staff tending those 18 courts would still like a little of that tender care.

But business is business: From next year, the extraordinary ‘manic’ schedule that features 16 Round-4 matches packed into the six show courts will be eased by the addition of a 14th day. What happens when the first week is so disrupted by rain that the ‘spare’ day is used as a safety valve to catch up—it happened first in 1991 and most recently in 2016—who knows.

But for all its tradition, Wimbledon has always risen to a challenge—and never more so than this year, faced with the challenges of a no-ticket, vaccination-proof fortnight.

Few expected, even just a month ago, that the event would be able to welcome near-capacity crowds, but so it has proved. But while the fans can come and go in much the same way, the players and their limited teams have been bubbled in a London hotel since long before the tournament began, while the media have been similarly bubbled in their own on-site bubble.

Who, then, would capture the attention amid these out-of-kilter times?

For home fans, it would undoubtedly be the bright and brilliant teenager Emma Raducanu, the only Briton left in the singles draws. She took her A-levels two months ago, played her first tour-level event in Nottingham last month, and was now the youngest British woman in the Open Era to reach the fourth round of Wimbledon.

She would take on 28-year-old Ajla Tomljanovic, but not until much later on Court 1.

Just as eagerly anticipated was Court 2’s opening match. Iga Swiatek, the French Open champion as a teenager nine months ago, was one of the two remaining Wimbledon girls’ champions in the draw, with Ash Barty (2011). She took on Ons Jabeur, who won her first title last month on the grass of Birmingham, and beat former champions Venus Williams and No11 seed Garbiñe Muguruza in the opening Wimbledon week to become the first Arab woman to reach the fourth round of a Major.

What is more, Jabeur had won more matches this season than anyone except No2 seed Aryna Sabalenka, both with 32 apiece.

Both she and Swiatek played crowd-pleasing, smart tennis, and both had captured legions of fans here this year. The first set showed precisely why, with every inch of the court being used with all kinds of shot. Jabeur had the early lead, but serving for the first set, Swiatek broke back, and held for 6-5 with a stunning forehand pass round the net post. Two searing backhands, and she broke again for the set, 7-5.

But Jabeur got off to a storming start in the second set, breaking twice for 3-0. Swiatek worked three chances to break back but Jabeur denied her, 4-0, and broke again with a deft drop shot return-of-serve for the set, 6-1. It had taken her just 23 minutes.

The Tunisian was full of confidence, barely missing a ball, and striking winners at will, and it earned her the first break, 3-1. She had to fight hard to hold her lead as Swiatek attempted to up the pace, but Jabeur did, and then pounded to another break, though the Tunisian has the touch, variety and vision to mix things up constantly with drops, lobs and deft slice.

And with a ninth ace, she sealed a sensational win, 6-1, and a standing ovation, to reach her first Wimbledon quarter-final—her second overall—against second seed Aryna Sabalenka, who was just about to beat Elena Rybakina, 6-3, 4-6, 6-3.

“I try to have the whole package of having the dropshot, the slices, being aggressive at the same time. You never know. You play against players, sometimes you have to change the rhythm to make them feel bad. Sometimes you have to be aggressive to also try to win the point… Like I said, I want to have the whole package so I’ll be ready for any type of player.”

There were then two Major champions meeting for the first time, top seed Barty and No14 seed Barbora Krejcikova, both 25 years old, both Roland Garros champions, both former Major doubles champions, and both with the kind of all-court craft that comes from singles and doubles proficiency.

Barty had won three titles this year, Krejcikova two—and she brought a 15-match winning streak through Strasbourg and the French Open to this entertaining encounter.

Krejcikova got off to a flyer, breaking in the third game, and Barty had to battle long and hard to fight off another break in the seventh game. But the Aussie got her reward in the next game, a break to level, 4-4, and she had set point soon after. However, the Czech found some of her best serves to hold off the challenge, 5-5. Barty was on a roll, though, and broke again for the set, 7-5, in a speedy three-quarters of an hour.

The two were on level peggings through the early stages of the second set, and exchanged breaks at the mid-way point. However, Barty got another break to serve for the match, 5-3, and seized the win with a roar, 6-3.

She was clearly thrilled to reach her first Wimbledon quarter-final:

“I get my confidence from all the work I do behind the scenes… this is the fun part. There’s certainly no place I’d rather be at the moment.”

She gave a wry smile when asked about her next match, however: it will be either compatriot Tomljanovic or Raducanu. She would not pick a favourite!

Then there was the experience of No8 seed Karolina Pliskova, into the fourth round here for the third consecutive time, against one of the two wild cards—with Raducanu—Liudmila Samsonova.

The 22-year-old Russian arrived here having come through qualifying to win her maiden title at on the grass of Berlin, but the Czech proved too hot to handle, advancing in a swift hour and a quarter, 6-2, 6-3.

Another stand-out meeting set the oldest woman left in the draw, and the only remaining former champion, Angelique Kerber, age 33, against the youngest woman, Coco Gauff. The young 17-year-old American was aiming to become the youngest woman to reach the quarters here since Maria Sharapova in 2004.

But the evergreen Kerber stayed with the youngster through several exchanges of break in the first set to take that 6-4. In the second, the German also scored an early break and this time held onto it, resisting break points in the eighth game, and serving it out in an hour and quarter, to love, with an ace, 6-4.

The former champion will next play No19 seed Karolina Muchova.