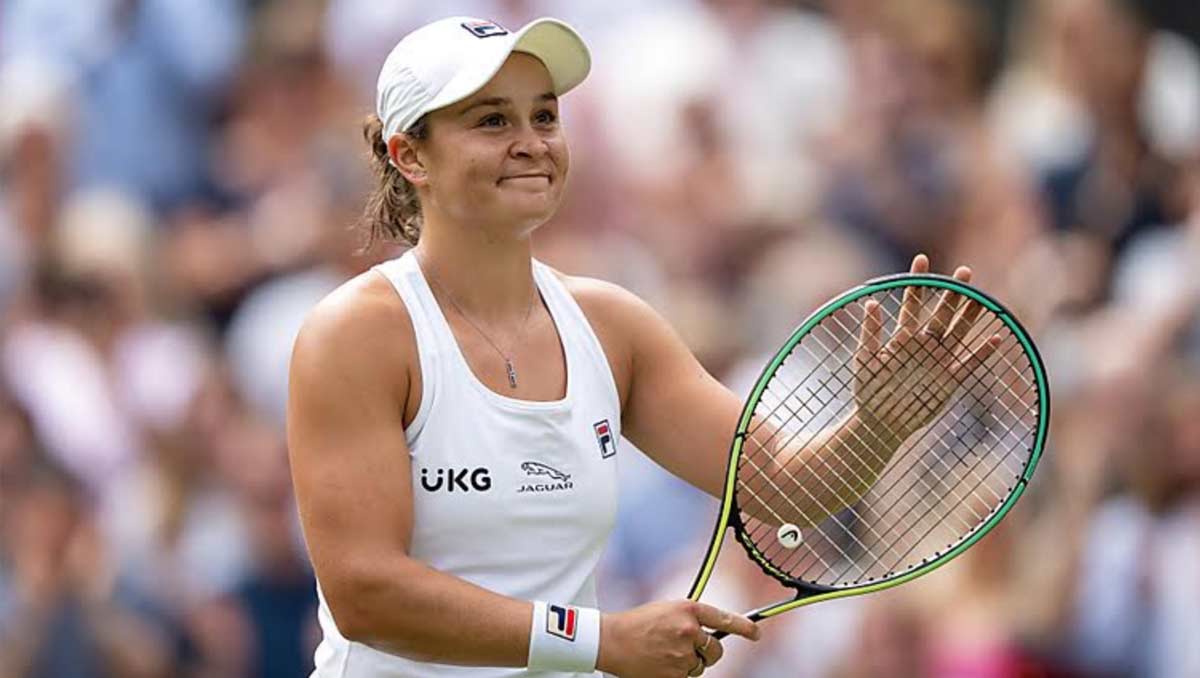 Much has been made in the last couple of years about the breadth and depth of quality in women’s tennis.

The last nine Majors, dating back to the start of 2019, have delivered 14 different finalists and led to seven different champions. What may seem even more surprising, the last four Majors have each produced four different semi-finalists—16 slots, 16 different players.

And while this year’s Wimbledon is certain to produce the first new Major name since Ash Barty won the French Open in 2019, there was no getting away from it: the latest line-up was a class group.

One of them was indeed Barty herself, who has been No1 since September 2019, and will remain so after Wimbledon, but she was only one of three No1s among the four.

Karolina Pliskova rose to the top in July 2017, was a runner-up at the US Open the year before, and was one of just a half a dozen active players to have reached the semis of all four Majors. With not a little irony, the tall Czech slipped out of the top 10 just before Wimbledon for the first time in five years, though she had three grass titles from five finals on her resume.

The surprising aspect was that this was her first semi at Wimbledon, but it was no surprise that she would be back in the top 10 again next week.

Pliskova faced the one semi-finalist yet to reach No1, Aryna Sabalenka, though the Belarusian came to Wimbledon with the prospect of doing so if she won the title and Barty did not reach the semis.

Sabalenka, the youngest of the last four at just turned 23, stepped up to the No2 seeding in the absence of Naomi Osaka and Simona Halep, and was already No2 behind Barty in the WTA Race.

It was easy to see why: She is a powerhouse of a player, boasting a huge serve and baseline game. But she brought to the table a prodigious range of skills cultivated by her extensive doubles career: Two Major doubles titles, and a former No1 doubles player.

Indeed Sabalenka came into 2021 as one of the hottest players on the tour, with her third consecutive title in Abu Dhabi, and a tour-leading 34 match-wins this season. She went on to win in Madrid and reach the final in Stuttgart, and while she only reached the quarters in Eastbourne, she was a champion there in 2018.

It was in Eastbourne and Cincinnati that year, incidentally, that she beat Pliskova twice, both in closely-fought third sets, and this time, it would take three sets again, in a superb display of big hitting that produced 60 winners between them. Sabalenka got the only break to take the set, 7-5, but Pliskova hit straight back with a break in each of the second and third sets, 6-4, 6-4, sealing it with her 14th ace of the match.

However it was the other semi-final that brought together two No1s and two former Major champions. Ash Barty was about to take on the oldest woman in the quartet, the 33-year-old Angelique Kerber, who had rediscovered her form after slipping the ranks to find herself seeded at No25.

After the return of competitive tennis last August following the pandemic shut-down, Kerber had certainly found wins hard to come by, struggling with form and confidence. But in front of a home crowd, she won on the grass of Bad Homburg a fortnight back, and continued that form into her first semi-final here since she won the title in 2018.

Kerber had built a formidable record on grass and at Wimbledon, while also claiming titles at the Australian and US Open. A quick check of the statistics showed that she had won more grass matches, 80, than any active woman aside from the Williams sisters.

She had showed all her renowned fighting spirit to get this far, not least in her two three-setters against Sara Sorribes Tormo and Aliasksandra Sasnovich. But now it was Barty.

“Angie obviously has an incredible record here. She’s made multiple finals. She’s one of the best grass courters going around. I think the challenge of playing her in a semi-final of Wimbledon is an incredible opportunity, one that I’m really excited for. It’s not scary or overwhelming, it’s just exciting.”

There in a nutshell was Barty, surely one of the most temperate, likeable and positive women on the tour. Having won the junior title here in 2011 as a 15-year-old, she famously stepped back from tennis three years later to get out of the glare of the spotlight. She took a break of almost two years, played pro cricket, and finally was comfortable and confident enough to return to tennis.

Her first big successes were on the doubles court, but come 2019, and her all-court craft, skill and tactical brain took her to the Roland Garros title and No1.

She was not backward in taking another career-preserving measure during the coronavirus pandemic, too, opting not to travel once the tour returned in August: It meant an 11-month break without leaving Australia. Yet back on tour this year, she notched up win after win, including one of the biggest, Miami.

So in her fifth meeting with Kerber, Barty got off to a flier, not with fireworks but with style and accuracy. After an opening double fault, and facing a nervy couple of break points, she found her groove, slicing her shots before going for the killer with a forehand winner or volley finish. She followed it up with a break, pulling off a forehand pass that drew gasps.

Yet both were being pressed on serve: Barty faced deuce again, held for 3-0, and again worked break point against Kerber. But the German was beginning to find her range, and she took the initiative with some aggressive strikes. It worked, and a smash got her onto the board, 3-1.

Barty cruised to 5-2 with the first love hold of the set, and she made it look easy—an accurate serve to assorted spots, followed with a clean forehand or backhand to the open space, not an ounce of energy wasted, not a sound made. The world No1 again fended off a break point, served wide and finished at the net. An ace, and she had the set, 6-3.

But the match was just warming up. The second set began with the two longest rallies thus far, a mix of aggression from Kerber and resistance from Barty. It earned the German break points, which she took courtesy of a Barty forehand error, and then held to love herself: 3-0.

Kerber had to battle hard to face down break points in the fifth game, but tactically she was playing smart, answering slice with slice, throwing in the odd short ball and lob, and she held for 4-1.

Now there was a groundswell of support for Kerber, their old champion. They could hear the effort in her shot-making, and just as in her previous service game, she held with a forehand winner, 5-2.

But the inner iron of Barty was about to surface in an attacking game, two vicious returns of serve, and a break to love. She had refocused, and now held to love with her 31st winner: 5-5. It would come down to a tie-break.

Barty raised her arms in joy, but then wiped away the tears. She has made no secret of her dreams of winning this particular title:

“One day I would love to be the champion here. It’s a dream. It’s a goal. Dreams don’t always come true, but you can fight and do everything you can to give yourself that opportunity.”

As she moved within one step of fulfilling that dream, she admitted that this particular win “was as good a tennis match as I’ll ever play.” But she went on to talk of the joy she and her team take in her achievements. It is a salutary lesson for everyone:

“We laugh every day, smile every day, sometimes throughout the heartache but the good times too… I’ve had ups and downs, and I wouldn’t change one moment.”

Barty has beaten Pliskova in five of their seven matches, but four of their contests have gone to three sets. It will be a battle royal.