Korda will turn 21 when he plays for QF place against Khachanov; Djokovic and Rublev move on 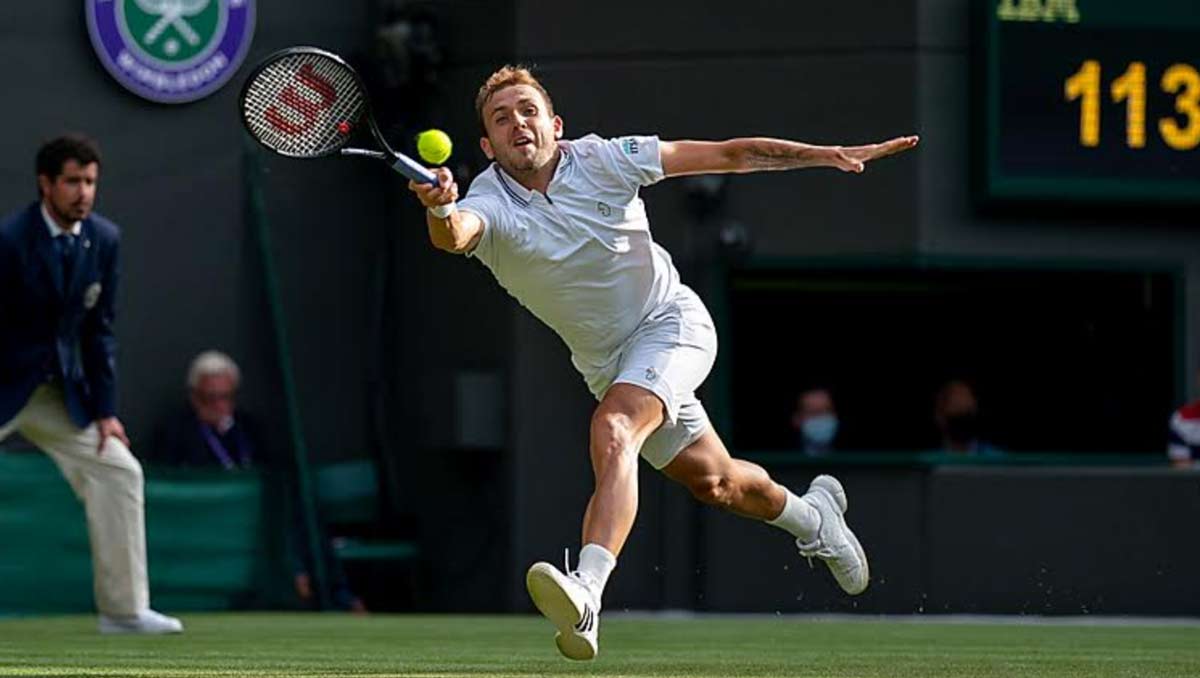 Andy Murray may have drawn the British sporting headlines even before Wimbledon got underway this year. Sir Andy is, after all, as close to tennis royalty as this country has had in a long time.

And if the respect and adulation that Murray has rightly attracted over the years needed any more burnishing, he returned to Centre Court for the first time in four years, having fought back from major hip surgery, to spend three and a half hours beating No24 seed Nikoloz Basilashvili, and then nearer to four hours in a late-night, edge-of-the-seat comeback win over Oscar Otte.

Ranked 118, age 34, and with just two wins from five matches until he arrived at the All England Club—in fact, only three wins last year, come to that—he might be forgiven for pursuing his many other interests rather than returning to the grindstone. That is not his way, and his millions of fans—and many fellow players—are glad of it.

That his fairytale time at Wimbledon this year was surely under threat at the end of a busy Friday perhaps drew him more support than ever. For next, he took on a man 12 years his junior, No10 seed Denis Shapovalov, who is one of the charismatic young players tipped for the very top.

Yet while Murray had drawn the lion’s share of the British headlines, it was fellow 30-something Dan Evans who had the highest ranking among the remaining men in the draw, a career-best 22. And he was garnering plenty of plaudits and fans for his style and his quality of play.

The single-hander, always packed with talent, had turned his career around after an enforced 2017 absence with such determination and application that he had this year won his first title, and reached his first Masters semi-final. Indeed he had taken big strides even in the disrupted 2020, with semis in Dubai, Antwerp and Vienna.

He had beaten some serious players here too to match his best Wimbledon performance, the third round: Feliciano Lopez and No42 Dusan Lajovic. If he was to take the big step into the second week, he would have to bring all his fitness, footwork and variety of shot to bear against Sebastian Korda, who was still a few days short of his 21st birthday.

But age had not held back the strapping young American, who also won his first title this year, reached another final in Delray Beach, and the quarters at the Miami Masters.

His rise in the ranks, therefore, had been even faster than Evans’s, up from outside the top 100 at the start of the year to a current No50—and beyond that already with his two wins, which included taking out No15 seed Alex de Minaur.

Kudla had real pedigree, too, which went a long way to explaining why he was such a fearsome prospect not just now but in the coming years. His older sisters are top-flight golfers—one of them the top-ranked woman in the world—and his parents are both former professional tennis players: father Petr is a former world No2 who won the 1998 Australian Open, mother Regina a career-best No26.

Korda admitted before the tournament:

“[There’s] no pressure at all. I’ve been around tennis all my life… I’ve probably got one of the best teams on the ATP Tour, that’s for sure.”

Evans began really strongly, especially on his serve, three love holds. But if there is one great strength underlying the big Korda game, it is his serve, and he gave precious few looks to Evans. He attacked the net, too, and in the eighth game, really took the game to Evans with net finishes and fierce returning to work three break points.

He converted the second, and then held for the set, 6-3, with some old-school grass tactics: serve-and-volley, and a smash finish.

Evans got a sniff on the Korda serve in the fourth game of the second set for deuce, but some huge deliveries snuffed out the chance. He then withstood a deuce challenge to his own serve and, all at once, got some blocked returns of serve in, worked the angles, and had three break points. He converted the last to a roar from the crowd and from himself.

A serve and volley winner in the next game consolidated for 5-2, and there was now a real buzz in the arena. He stepped up to serve it out, and did so with some style, winning a long sliced backhand exchange with a drop winner, and then closing it out with a big serve, 6-3.

The third set was a long tussle, first with Korda breaking for 4-2, and then Evans fighting back through an arduous 11-minutes seventh game, six deuces, four break points, the last converted by Evans to get on level terms.

But he was forced into a couple of over-pressed errors in the next game as Korda continued to hit strong and deep, answered slice with slice. On break point, Evans hit a backhand long, and it left the American to serve it out, 6-3, with an ace.

There was an exchange of breaks in the fourth, and the big man consolidated with a love hold for 4-4, and was running Evans ragged. The Briton began to look a little fatigued, and that showed in the double fault that conceded another break.

Evans berated himself at the change of ends: “Practise your serve, practise your serve.” But unless he could break, he would not serve again. Korda made sure he did not with a concluding smash, 6-4.

Evans was clearly very disappointed and could not leave the court quickly enough. He said afterwards:

“Yeah, it’s disappointing really. Amazing court to play on, great atmosphere. Didn’t get my game on the court. All credit to him, he played some strong tennis, he’s obviously going to be a very good player. So it was not a great day.”

However, for Korda, it was a moment to treasure. As he pointed out, “A year ago I was 220 in the world.” That was when the tour opened again after the pandemic hiatus. Now he is heading into the 40s, and should he beat Karen Khachanov to reach the quarters, it will be closer to the 30s. What is more, he will play that match, on Monday, on his 21st birthday.

Also in this quarter, and the man who will meet Murray or Shapovalov on Monday, No8 seed Roberto Bautista Agut beat Dominik Koepfer, 7-5, 6-1, 7-6(4).