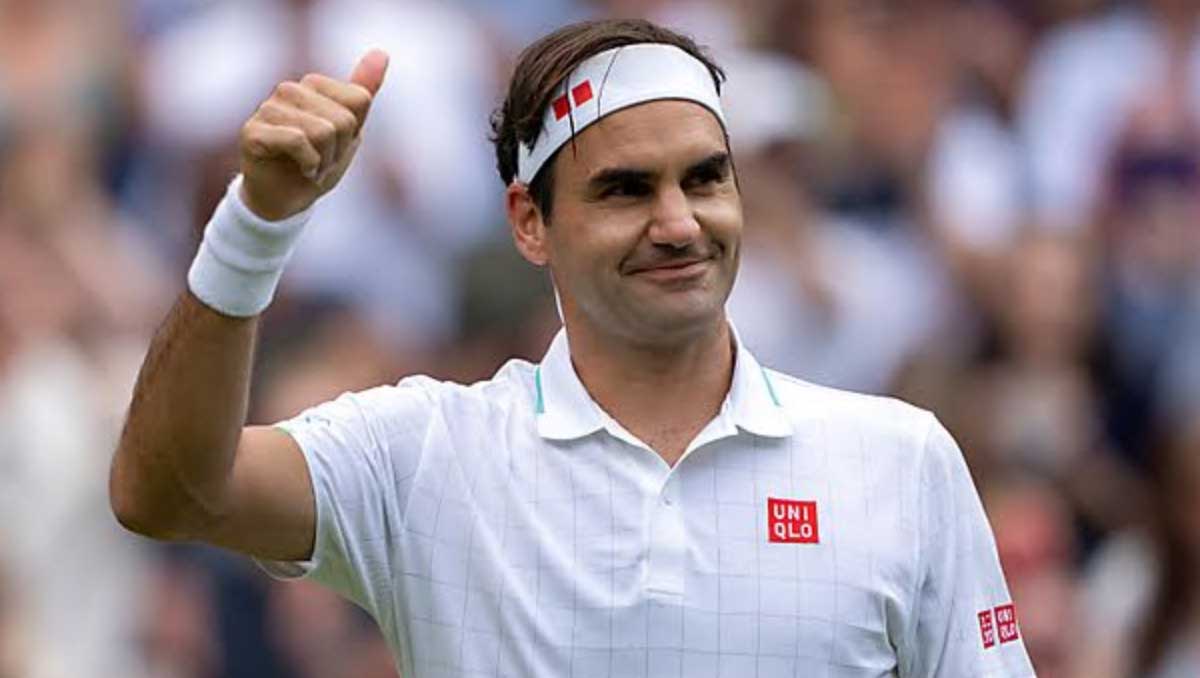 Just three unseeded men are among the 16 who will aim to reach the Wimbledon quarter-finals on ‘Manic Monday’, and only four unseeded women.

The top two seeds from both singles draws are still in place, along with two former men’s champions, Novak Djokovic and Roger Federer, but only one women’s champion, Angelique Kerber.

However, six Wimbledon juniors feature in the last 32 singles players standing, three in each draw.

Here are words from some of them after sealing their places in the second week.

Medvedev on the difficulty of winning a Major:

“Starting from [the 2019] US Open, I started to be, let’s call it, maybe a ‘top player’. I was in my first Grand Slam final. I just won a Masters for the first time. I came into the top 10. That’s when I started to really believe that I can win any tournament. I believe in it, but it’s tough. I was two times in the final, playing against Novak and Rafa. It’s tough to win a Grand Slam.”

Note: If he reaches his first Wimbledon quarter-final,he could face eight-time champion Federer.

And on coming back from two sets down for the first time:

“Was it luck or a bit stronger mentally? It’s both. Tennis is about everything. Always it’s about forehand, backhand, luck. You can touch the net on 30-40. The opponent can make an ace or a double-fault. You can never know. You can touch the line on grass, it will bounce badly… Tennis, sometimes it’s tough to understand.”

Wimbledon was the first main-draw Major for prodigy Coco Gauff, who came through qualifying in 2019 to become the youngest player to reach the main draw, just 15 and a quarter. In her opener there, she beat idol Venus Williams and was stopped in the fourth round by eventual champion Simona Halep. This year, now seeded 20, she revealed the best advice she received after her headline-making run:

“One of them was actually from Mrs Obama. That was, ‘It’s OK to say no to some things.’ Afterwards I got requests from everyone, every which way, I found myself not being able to keep up. I really went from not being known to everybody wanting something. She told me it was OK to say no. That’s one thing I guess helped my mentality and emotionally and mentally off the court.”

And on feeling like the ‘opening act’ to Federer—she played before him on Centre Court Friday:

“You know how concerts, they have a big artist, then a smaller artist come before them. That’s what I kind of like to think of it as. It’s pretty cool. Roger, yeah, he definitely has a big influence on my mentality on and off the court. He’s always someone that I can go and talk to if I need advice. I mean, he’s such a class act and someone that I looked up to…

“Hopefully if I can keep opening for him, hopefully we can keep winning till the end.”

Roger Federer, into a record 69th fourth round, talked about Andy Murray’s frustration at being unable to play as he wants following major hip surgery:

“It was nice playing with Andy [they practised before the tournament], actually feeling the ball that was coming back from him, just seeing what can he do in terms of his physical ability. I watched a little bit yesterday side-by-side with the football. But I totally know what he’s trying to say because if you have to make compromises every single day… it makes things more complicated. On top of it all, you can’t probably play 35 tournaments any more. Now you’re playing maybe 25, maybe 15 or less. All these things really matter in a player’s mind.

“I totally understand where he’s coming from… At the same time he should be very, very happy about himself. I think he has a huge admiration from all the players what he’s going through because that is not just some simple knee thing like maybe some others. This is major stuff he’s going through. I wish him only the best. Everybody hopes he stays on tour and keeps on going. But, of course, most of all he needs to be happy.”

Emma Raducanu, the only Briton left in the singles draws, took her A-levels two months ago, played her first tour-level event in Nottingham last month, and is now the youngest British woman in the Open Era to reach the fourth round of Wimbledon. She said after the match:

“I thought if I’m not going to enjoy Court 1 at Wimbledon, home crowd, like what are you going to enjoy? This is the cherry at the top of tennis. I was just so excited. When I heard the crowd just roar for the first time, I was like, ‘Wow, they’re so behind me. I was just feeding off of their energy. I’m just so excited I get to play in front of them again.”

And how her parental heritage and her tennis idols—Romanian Halep and Chinese Li Na—have dovetailed:

“I think it’s really such a coincidence that those are two of my favourite players that I try to model my game after. I happen to have a connection to both those countries. I think it’s definitely helped me, the mentality that both of them bring. They both come from very hard-working countries.

“My mum, she’s always instilled a lot of discipline, respect for other people into me. I think having parents like I do, they always push me. They have high expectations. I’ve always tried to live up to that. And I hope I did them proud this week.”

Denis Shapovalov is one of three former Wimbledon junior boys’ champions into the fourth round, with Federer (1998) and Marton Fucsovics (2010). The Canadian won in 2016, and until this week, had won just one match in the senior draw. He reflected on fulfilling a dream by beating Murray:

“It was an incredible experience. You know, like I said on the court, it was a dream of mine to grow up one day and play on the Centre Court at Wimbledon. You know, I have seen so many legends play there, and it’s always just been a huge goal of mine. So to go out there today and to play a guy like Andy, who is also just such a legend, and to beat him today, with the tennis I was playing, it was incredible for me.

Iga Swiatek, French Open champion as a teenager nine months ago, is one of the three Wimbledon girls’ champions still in the draw, with Jelena Ostapenko (2014) and Ash Barty (2011). The 2018 junior winner reflected on how her grass tennis has evolved:

“It’s changing because I just developed as a player. It’s hard to compare my previous years on grass, because in 2019 I was physically weaker. My game, I also didn’t have many options on court, and I didn’t actually have any idea how to play on grass. This time it’s much, much better, so I just developed overall. My skills are just better and it’s easier to adjust to any surface when you’re just a better tennis player. I grew up, so also mentally I can handle all the challenges.”

Ons Jabeur won her first title last month on the grass of Birmingham, and beat former champions Venus Williams and No11 seed Garbiñe Muguruza in the opening Wimbledon week to become the first Arab woman to reach the fourth round of a Major.

On being a role model for Arab women:

“We are not known to have a lot of tennis players. We had few. We had good ones. Sometimes when you show the path to someone—I know myself, I struggled sometimes to see. I didn’t believe in myself because I didn’t see many Tunisians before me… But I hope one day this could change. I hope we can change this mentality and many other players could come here and believe in themselves. Sometimes you’re just, like, a little bit far, and you can make it and believe in your dreams.”