With Nos 2 and 3 Osaka and Halep out of contention, eyes turn to Williams, Swiatek, Sabalenka—and many more 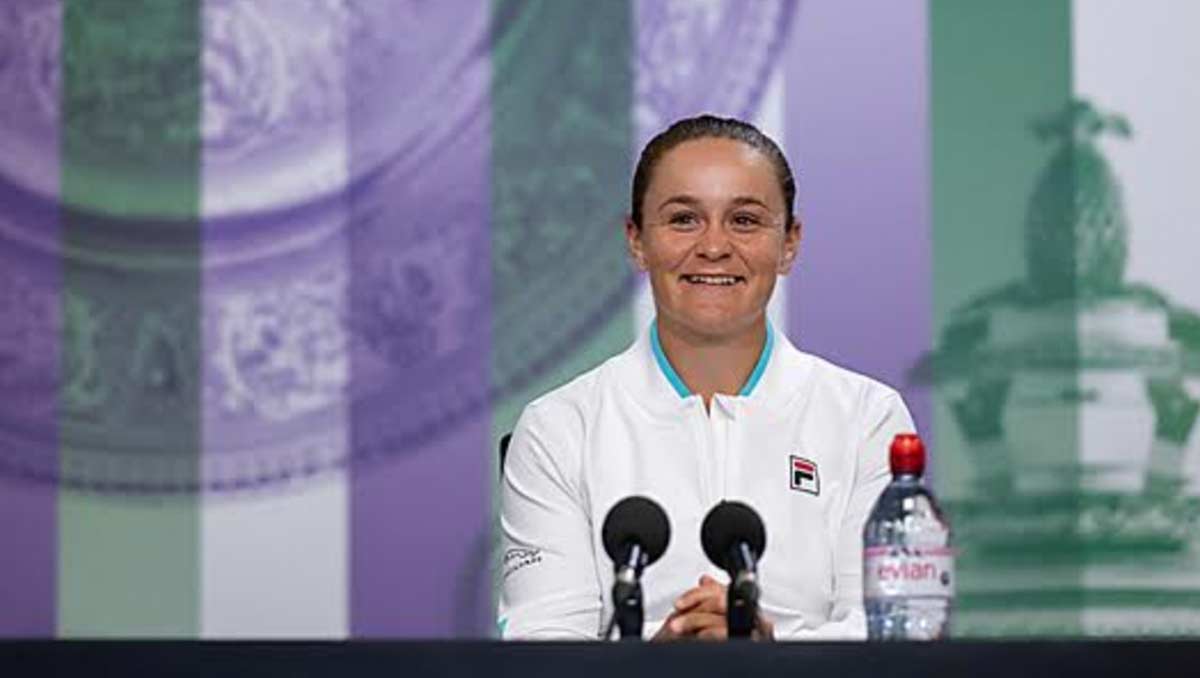 It was a blow, and no mistake. Defending champion Simona Halep had waited two years to come back to London’s lawns, and was practising already, but the warning signs had been there.

In attempting to defend her Rome title last month, world No3 Halep was forced to retire in the first match with a calf injury, missed Roland Garros—another Major that she has won—and was still carrying strapping to her leg when she took her selfie with Carla Suarez Navarro on Thursday.

Minutes before the women’s draw, then, came news of her withdrawal. And she was not the first. World No2 and four-time Major champion Naomi Osaka withdrew, as she did at Roland Garros, after admitting to mental health problems that were exacerbated by her dealings with the media at tournaments.

Two big stars then, both former No1s, forced still wider an already open draw. For the women’s tour has an abundance of talent in the shape of experienced, multi-Major campaigners and bright young stars surging through the ranks. Take the last eight Major titles: they have been claimed by seven different women. The 23-year-old Osaka has two of them, and Halep won her second title, but the rest were first-timers, all young, all bringing different styles and strengths to the table.

Top of the pile at the moment is Ash Barty, whose storming return to the tour in January yielded the Yarra Valley Classic, Miami Open and Stuttgart titles, plus semis in Doha and runner-up in Madrid.

The sunny Barty, with a game that seems designed for success on grass, has yet to get beyond the fourth round at Wimbledon, and she did suffer a thigh injury at Roland Garros, but anyone who saw her practising with compatriot Sam Stosur this week would be left in no doubt that she is a serious contender for the title. That she opens against the delightful Suarez Navarro, who is playing for the last time in her retirement year after beating cancer, will be a bitter-sweet moment indeed.

Barty’s is not an enviable draw altogether, with home favourite Johanna Konta as her first seed, and the Briton has a spring in her step after winning on grass in Nottingham and then announcing her engagement. It broke a string of underwhelming results from Konta dating back to the resumption of the tour last August.

Back to those other Major champions, and between them they have precious few wins at Wimbledon. But 20-year-old No7 seed Iga Swiatek has all the tools, flair and composure to sail through the draw just as she did at Roland Garros last year. She is also a former Junior Wimbledon winner. The Pole does find herself in one of the toughest sections of the draw, though, with former champion Garbine Muguruza or Birmingham champion Ons Jabeur in the fourth round, and No2 Aryna Sabalenka her scheduled quarter-final opponent.

The Australian champion last year, 22-year-old Sofia Kenin, boosted to the No4 seeding, came close to her second Major at the French Open last autumn, though has struggled to replicate her form this season. If she is fit, though, she has a decent route to the fourth round, though could find former champion Petra Kvitova there.

As for the 21-year-old No5 seed and US Open champion of 2019, Bianca Andresscu, she has been plagued by injuries and, adding insult to injury, tested positive for Covid during the clay swing. Hers is a far from easy quarter, the one topped by Barty, with the likes of unseeded Jelena Ostapenko, who won the singles title at Eastbourne this weekend. Yet if the Canadian is fully fit, she has the makings of a grass champion, combining power, touch and variety around the court.

The same might be said of the most recent newcomer to the Major stage: Barbora Krejčíková. The multiple doubles champion and No1 took both the singles and doubles titles at Roland Garros, with a wonderful mix of skills at baseline and net, with angles and spin—and now, plenty of self-belief to go with it. Yet she too is in the packed top Barty quarter, with incidentally Victoria Azarenka and another Eastbourne finalist, Anett Kontaveit.

Yet add to these Major champions the No2 seed Aryna Sabalenka, who many tip to join them very soon. She straddled 2020/21 with titles in Ostrava, Linz and Abu Dhabi, reached the final in Stuttgart and won Madrid. So prodigious has been Sabalenka’s rise that she could take the No1 ranking from Barty if she was to win the title—and Barty lost before the semis.

But what about those “experienced, multi-Major campaigners”? What about, for a start, seven-time Wimbledon champion Serena Williams, still in pursuit of a record-equalling 24th Major, and if the body is willing—and she heads to her 40th birthday in September—Wimbledon is as good a place as any: She reached the final in her last two appearances here. It says much about her status and determination—and her strong start in Australia this year—that she is still rated as one of the favourites for the title.

Williams is one of 34 players age 30 or over in the tournament, and among them are former champions Angelique Kerber—who this weekend won the grass Bad Homburg title. Another is Petra Kvitova, edged out of that same final by Kerber.

Kerber and Serena Williams are old rivals, but because of their rankings, they could meet in the third round in a replay of the 2016 and 2018 finals, the first won by Williams, the latter by Kerber—their last match of nine that began 14 years ago.

A word here, too, for five-time Wimbledon champion, Venus Williams, who is playing in her 90th Major main draw, an Open record, at the age of 41. She will not win the title, but it will be enough simply to enjoy this titan of women’s tennis while she continues to ply her trade.