Neither had reached the third rounds before; Norrie and Watson also broken personal best 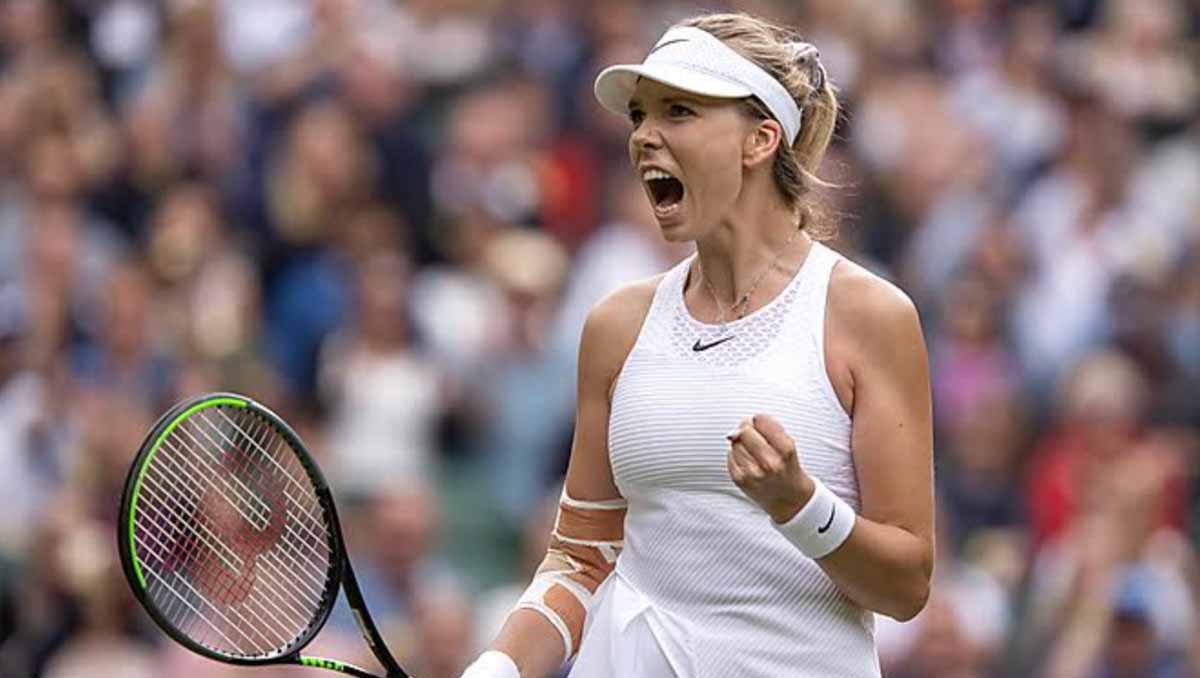 It has already been a week of firsts for British players at their home Major.

There were 17 Britons in the singles draws, some playing here for the first time, many of them marking ‘firsts’ in the process.

Andy Murray, of course, made a ‘first’ of a different kind: In 13 previous visits to Wimbledon dating back to 2005, he had never lost before the third round. This year, playing an on-fire John Isner, he lost in the second round, scoring his first loss to the tall American in nine meetings.

Isner, incidentally, went on to lose in the next round, but not before hitting a new record of his own: against Jannik Sinner, he overtook the aces record of Ivo Karlovic to reach more than 13,740.

Ryan Peniston had never played in a Major main draw before, but after a break-through run at Queen’s, he came to Wimbledon for the first time, and won his first match.

Jack Draper, age just 20, reached the second round here for the first time, his first Major match-win, as did Alistair Gray.

Then there were older and more familiar names, Heather Watson and Liam Broady. The former, in 12 visits to Wimbledon that delivered three third-round finishes, at last broke that barrier to reach her first-ever Major fourth round, ranked 121, age 30.

As for Broady, ranked 132, 28 years of age, he had made the third round of a Major for the first time, beating No12 seed Diego Schwartzman in his second straight five-setter.

And another Briton was also aiming to join Watson in the fourth round of the women’s draw: Katie Boulter. She had contended with repeated injury problems since she first appeared at Wimbledon as a 20-year-old in 2017. The next year, the tall, powerful Briton made the second round, beaten by Naomi Osaka, but breaking into the top 100 later that year.

But early in 2019, she developed a stress fracture in her back, taking her out of tennis for most of that year, then came the Covid closure of 2020, but she used her time wisely to build back her physical strength—and she had suffered from chronic fatigue syndrome as a teenager—and reached the second round here again last year.

Now she was back, having missed a long stretch of the spring schedule with a leg injury, and looking stronger than ever. So much so that she beat last year’s Wimbledon runner-up and the No6 seed Karolina Pliskova to reach her first Major third round, and in a physical, battling style from a set down, through a tiebreak second set, to a 6-4 victory, after two hours.

It then transpired that she had received news of her grandmother’s death just after her first-round win, and fought back the tears to dedicate this special victory to the woman who had been such a huge tennis fan herself.

That Boulter played the 115-ranked Harmony Tan made the prospect of another win feel tantalisingly close, but if the Briton’s win over Pliskova had impressed, so did Tan’s opening match against unseeded wild card Serena Williams. The Frenchwoman, who had never played at Wimbledon before, beat the seven-time champion in three compelling and emotional sets—not that Tan gives a great deal away with her body language.

She went on to beat the No32 seed Sara Sorribes Tormo, this time in a comfortable two sets, and as she took to court against Boulter, she radiated the same easy calm and unhurried, business-like vibe.

She was right to be confident: Her deft all-court touch, tactical smartness, use of slice and angle, not to mention craft at the front of the court, defused the attacking, powerful game of the Briton almost immediately.

Tan broke with a lob winner, sliced her way to a 3-1 lead, and broke again for 5-1. And to show she was not just a one-trick pony, she delivered two aces to hold for the set, 6-1.

A full Court 2 tried to encourage Boulter, cheering her few penetrating forehands and occasional lob, but Tan went about her business with clarity and accuracy, using her slice to deaden the ball and draw the errors.

The second set opened in similar style, a love break and love hold by Tan, before Boulter seemed to galvanise her game for a love hold peppered by winners. But in truth, she needed to exceed this level, and she could not counter the speed and accuracy of Tan, who broke again and held to love, 5-1.

The match ended in a double fault by the Briton, 6-1, after just 51 minutes, and the statistics were stark: eight winners to 21 errors by Boulter, compared with five errors and 16 winners from the French woman.

It was, then, great while it lasted, and one cannot underestimate the emotional impact on Boulter of making her first third round, and of losing someone so close just days ago. If she can say injury free, there is a lot more to come from this articulate, smart woman. And she was positive looking forward, despite the disappointment:

“Obviously pretty difficult one for me to take. I think I may have seen it coming a little bit. I started to reach my emotional and physical point where I was struggling a little bit this morning in the warmup. But it’s a step in the right direction. I’ve got nothing but positive vibes coming into this week and moving forward for the next few tournaments.”

And so it was Broady’s turn, and he took on Boulter’s boyfriend, the No19 seed Alex de Minaur, after the Australian had already put out Briton Draper in the third round.

Broady was bidding to win only his fourth tour-level match of 2022, but this likeable player was finally, it seemed, reaping the rewards for a more dedicated approach to his sport. For it was back in 2011 that he made the Wimbledon boys’ final, but did not win his first Challenger title until last year, then reached a career-high 116 this season.

De Minaur was another Wimbledon junior finalist, in 2016, and still only 23 years old. He had also equalled his best Wimbledon result to get to the third round, and ahead of Wimbledon, the Aussie had made the semis at Eastbourne, too, a title he won in 2021.

And de Minaur’s quality was immediately on display, a love hold, two aces, a change of ends, and he then broke to lead 4-2. He went on to serve it out to love, 6-3, in under half an hour.

Broady began to find some fire-power and intensity to fend off three break points in the third game of the second set, but a spectacular lob from the Aussie in the fifth game got the break. He nearly broke again, but Broady reeled off five straight points to hold, 3-4, before the fleet-footed de Minaur served it out, 6-4, and promptly broke at the start of the third.

Broady battled back from 40-0 to work his first break chance of the match, and a lob missed the baseline by a centimeter. He did so again in the fourth game, and again de Minaur held, but as the Aussie served for the match, Broady suddenly upped the tempo to get two break points, and this time converted: 5-5.

De Minaur is a tenacious player, and broke back to have another go, and again faced break points, seven of them, but after nearly two and a half hours, he finally sealed his own first run to the second week at Wimbledon, 7-5.

The Aussie is close to becoming an honorary Brit courtesy of his long-standing relationship with Boulter, and that was reflected in the reception he got, even after beating two British hopes.

“It’s incredibly special—Wimbledon in itself is such a special tournament so to be able to come here and play, it’s an honour, so I’m just enjoying every second I can on the grass and trying to ride this wave.

“[The applause] sounded pretty good to me—I appreciate all the support, I cherish every moment I can get on this court, and if I can get you guys’ support, it means the world, so I appreciate it.”

He next plays the 43-ranked Cristian Garin.

Wimbledon 2022: Jabeur and Badosa are only top-10 women to reach Round 4