Briton was playing first ever Major semi, won first set, but Djokovic turned up the heat to set Kyrgios final 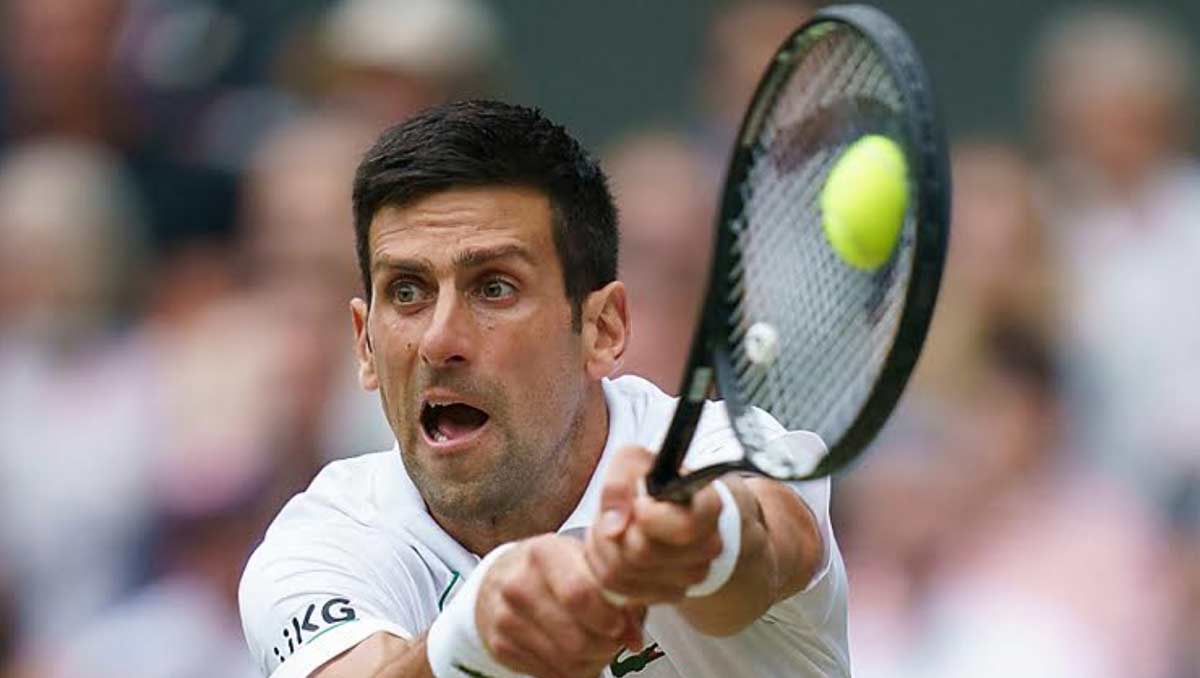 Even the most avid British fans may have thought it overly optimistic to expect a home player among this year’s semi-final line-up. And if there were such high hopes, they may have rested on the shoulders of the US Open champion, Emma Raducanu.

But that served only to prove just how ‘under the radar’ was the men’s No9 seed Cameron Norrie. For the quietly-spoken Briton, who was born in South Africa, spent his childhood in New Zealand, and finally made his base back in his parents’ native GB, made his rise into the top ranks rather later than many players.

He had opted to take a sports scholarship into the American university system, where he spent a hugely successful three years, not turning pro until the age of 22.

It did not take long, though, for the athletic left-handed Norrie to reach his first final—at the start of 2019—and break the top 50, only to be stopped in his tracks by the Covid closure in 2020. But once the tour re-opened, he made his first Major third round, and did not look back.

Little more than a year ago, the super-fit Brit was still hovering at around 50 in the ranks, but then won two titles from six finals, claiming the hugely prestigious Indian Wells Masters. This season, he won two more titles, in Delray Beach and Lyon, and was also runner-up to Rafael Nadal in Acapulco.

And while his grass results this summer had been limited, once he hit Wimbledon’s grass, he grew in confidence almost before the fans’ eyes.

So after Raducanu, former champion, Andy Murray, and all the other British players had departed, Norrie was not only still standing but reached the fourth round and the quarters for the first time.

That he went on to reach the semis in a thriller, from two sets to one down, guaranteed a standing ovation, with chants of “Norrie, Norrie!” ringing around the grounds. This calm and composed 26-year-old could not speak for the tears.

It is safe to say, then, that Norrie has finally become the centre of attention at Wimbledon.

There had been a few helping hands as the draw unfolded over the fortnight: Goffin, his opponent in that quarter-final, was unseeded, having come through the segment vacated by the early loss of No3 seed Casper Ruud. The next seed in this quarter, Halle champion Hubert Hurkacz, unexpectedly also lost his opener, and two more seeds in this quarter, Grigor Dimitrov and Pablo Carreno Busta, retired in their first matches.

But come the semi-finals, the expected man waited, the six-time and defending champion, owner of 20 Majors, and with the record for weeks at No1, Novak Djokovic.

His progress had not been seamless, and after a strong clay swing, but no grass warm-up event, he had dropped a couple of sets before his sternest test in a quarter-final against Jannik Sinner.

Just as Norrie had on the same afternoon, Djokovic was taken to five sets—indeed fought back from a 2-0 deficit—but by the end, he had built the kind of head of steam that augured well for his title ambitions. So Norrie knew he now faced the ultimate test:

“Think it’s obviously one of the toughest tasks in tennis. I’d say grass is his favourite surface and his record is unbelievable here at Wimbledon. It’s going to be tough… I don’t think I’m going to have the chance to lose focus like I did today… I think with him, there is no room for that.”

He concluded, with typical understatement:

A quick run-down of their respective resumes would not disagree.

Djokovic had won 87 titles to Norrie’s four, 84 matches at Wimbledon to Norrie’s eight, 107 matches on grass to the Briton’s 17. Djokovic was aiming to reach his eighth Wimbledon final, Norrie his first. So all the statistics, experience and expectations favoured one side. However, the majority of the crowd favoured the other. Which would survive?

The atmosphere was electric from the moment they walked on court to a standing ovation. That was nothing to what followed with a break in the first game to Norrie. He pumped his fist: it was a great start. But it was quickly annulled, a break back, a quick hold, and Djokovic was 2-1.

Yet Norrie was just getting into his rhythm, forcing Djokovic to go for more, and broke again, this time consolidating 4-2. The defending champion tried to break down the Briton’s backhand with heavy, deep drives to the corner, but Norrie returned in kind, and broke again. An ace, and he had the set, 6-2, and the roar was deafening.

Djokovic came back, now wearing a cap against the hot sun, and it seemed to work a treat: two easy holds. He also worked break point, but Norrie was going toe to toe, and saved another in the sixth game, 3-3. But the Djokovic serve was delivering for another love hold, and so was his returning. Two urgent, netted volleys from Norrie, and he faced more break points, and this time Djokovic converted to serve out the set, 6-3.

After a comfort break by Djokovic—such a crucial decision in his match against Sinner—Djokovic broke straight away, despite two slips to the ground, and held to love, 2-0. Norrie battled to a hold in the third game, but things were moving fast, another break to the Serb, and he served out another set, 6-2.

Now it was Norrie’s turn to take a break off court, but to little avail: Djokovic broke in first game, smothering the court, now up to 20 points won at the net. The Briton staved off a break in fourth game with a big smash, to rapturous applause, but there was no way back. The six-time champion served out the win, 6-4, to set a new record, in this record-breaking era.

He is now into his 32nd Major final, one more than Roger Federer’s men’s record. Djokovic’s response when told this?

“I appreciate that, but the job is not finished.”

Djokovic will face Nick Kyrgios in the final after the unseeded Australian got a bye courtesy of Rafael Nadal’s withdrawal. The defending champion pointed out that he had not won a set in either of their previous best-of-three meetings, but they were five years ago. Djokovic anticipated:

“One thing’s for sure, there’s going to be a lot of fireworks from both of us.”

The match followed an earlier thrilling five-set men’s doubles semi-final, in which Ebden and Max Purcell beat GB’s Joe Salisbury and American Rajeev Ram, ranked Nos 1 and 2 respectively in doubles. The Aussies took the win, 3-6, 6-7(1), 7-6(9), 6-4, 6-2, after Salisbury and Ram failed to convert five match points that would have taken them to their first doubles final at Wimbledon.