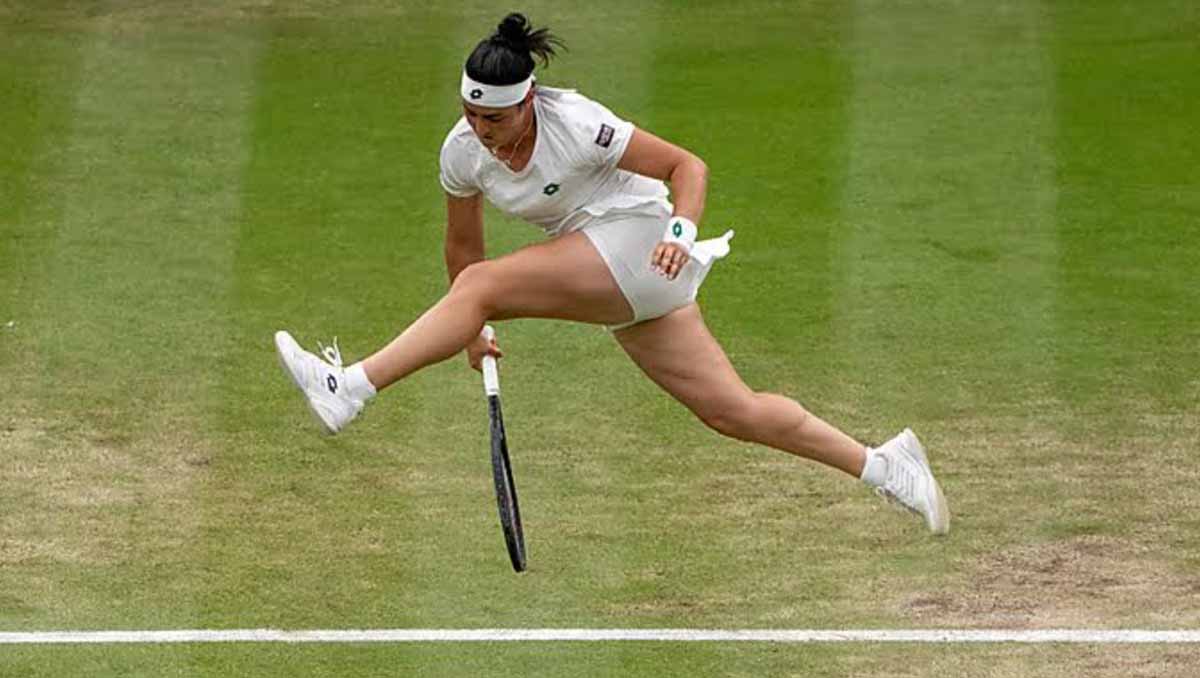 Perhaps the powers that be at Wimbledon this year were beginning to see the error of their ways in bypassing the 2019 champion Simona Halep for the leading role in the women’s draw on opening Tuesday.

With defending champion Ash Barty no longer playing—she retired from tennis soon after winning her home Australian Open—there was a vacancy for the prestigious moment on Centre Court. Of course the world No1 Iga Swiatek had a strong case: She had taken over the No1 ranking from Barty in March, and had not lost a match since—reaching 37 wins here last week.

But Swiatek lost in the third round, while Halep, who was unable to defend her title last year due to injury—and was many fans’ favourite for the opening honour—had played like a champion-in-waiting from the first round.

She was seeded just 16, having ended 2021 at No20: she had previously finished each year since 2014 in the top five. For she had suffered one injury after another, to shoulder, calf, adductor, but this season, now working with renowned coach Patrick Mouratagou, the former world No1 had regained her winning ways on the hard courts and, after a modest clay swing, she made two grass semis, in Birmingham and Bad Homburg.

If there was any hiccup, it was a neck spasm that took her prematurely out of the latter event, but that gave her more time to recuperate and practise at Wimbledon. It showed.

Halep had yet to drop a set, yet to be taken to a tie-break, and that was even against the likes of No4 seed Paula Badosa and No20 seed Amanda Anisimova. Now she would face the No17 seed, Elena Rybakina, who had equalled her best Major run after making the quarters at Roland Garros last year. At Wimbledon, though, she had played only once before, reaching the fourth round.

And Rybakina was not the only one to have taken new strides here. She was one of three first-time semi-finalists, ensuring that there would be at least one first-time major finalist come Saturday.

The first semi-final promised some elegant, old-fashioned skill from the No3 seed Ons Jabeur and the unseeded Tatjana Maria, both women who brought deft touch, slice, tactical nous and a love of grass to Centre Court. Not only did both have engaging, warm personalities, they happened to be good friends. And both were flag-bearers for tennis and for women athletes.

Jabeur made an impression at Wimbledon last year, seeded 21, by reaching the quarter-finals for the first time via back-to-back wins against Venus Williams, Garbine Muguruza and Swiatek. Now, the woman who has been pushing boundaries in all directions was doing so at Wimbledon again.

Her second and third titles came this year on the clay of the Madrid 1000 and then on the grass of the prestigious 500 in Berlin. She also made the finals of the Rome 1000 and Charleston this year, and went to win on the grass of Berlin.

As for the German Maria, she had emerged from the quarter topped by No2 seed Anett Kontaveit, and she did it the hard way via three seeds, including No5 Maria Sakkari and No12 Jelena Ostapenko. Each win became increasingly emotional, for the 34-year-old, ranked 103, had her two young daughters with her for the first time, and she had never made a Major fourth round before.

Indeed, Maria had her second daughter little more than a year ago—and Jabeur had become an honorary auntie during their parallel progress to this semi-final.

The first game summed up what these two brought to the table, an eight-minute slice-and-dice probing game with five deuces and a chance to break, but ultimately held by Maria.

The tennis was near silent, too, with so much touch and spin. However, Jabeur can produce heavier, more powerful strikes, and her ability to vary pace and tempo earned her the first break, 2-1. She broke again in the seventh game, and held to love for the set, 6-2.

In the second set, Maria staved off break points by bringing more power to her shots, and making some aggressive finishes at the net. She then worked her first break chance, converting for a 3-1 lead. Both were now producing some top-flight rallies, with passes, lobs, and great defence-turned-attack. Maria held for 4-1, and the packed crowd was enthralled.

The German got her first set point for 6-2, but Jabeur held and raised her fist in the air. Maria, though, made no mistake in serving it out, 6-3.

Jabeur then regained control with a statement hold to open the third, closed with a leaping backhand winner, broke, and held for a 3-0 lead.

Maria continued to battle but Ons seemed to have more energy, and errors started to let the German down. Maria held to get on the board, but Jabeur would not be denied, racing to a 6-1 victory, and the fans stood as one to cheer—both women. The embrace was long, warm and emotional, and Jabeur insisted on Maria joining her for the winner’s salute. She summed up the mood:

“I don’t know what to say. It’s a dream come true from years of work and sacrifice. I’m happy that’s paid off and I’ll continue for one more match.

“I wanted to share the moment with her at the end because she’s such an inspiration for so many people including me, coming back after having two babies, I can’t believe how she did it.”

Of course Jabeur is an inspiration, too: the first Arab and the first African woman to reach a Major final in the Open Era. Together these two have, perhaps, combined for the most heart-warming story of the tournament. But who would Jabeur face in the final?

Halep may have been the favourite, but the six-foot tall 23-year-old from Kazakhstan was a formidable force: She led the season and the tour with the most aces, 212 and 44 respectively, and Rybakina began in the same aggressive, big-serving mode here, breaking to take a 3-0 lead. She went on to serve it out, 6-3, in a little over half an hour, pinning Halep back with her big strikes, and 12 winners to the good.

Rybakina battled long and hard to break at the start of the second set, too, only to hand the break back. But the Kazakh broke again with some heavy, deep strikes that even the nimble Halep could not track down. The Romanian responded in kind, holding to love, but Rybakina simply raised the bar higher, hitting the corners, finishing at the net. And she did not wait to serve it out: She swiped a backhand winner down the line to break for victory, 6-3.

Of facing Jabeur, she said:

“I think it’s going to be a great match, she’s a great player, very tricky player, it’s not going to be easy to play against her drop shots and volleys. I think it will be a great match and I will enjoy it, I think I already did the work so it’s time to enjoy it out on court.”

Jabeur has beaten Rybakina in their last two meetings, both on hard courts last year, but both their completed matches went to three sets, so if the younger star plays as she did today, Centre Court could be in for a cracker.

Wimbledon 2022: Nadal battles past Fritz to eighth semi, but injury still a concern ahead of Kyrgios meet