No2 seed remains on course for 60th meeting with top seed Djokovic: “I really wanted to be back” 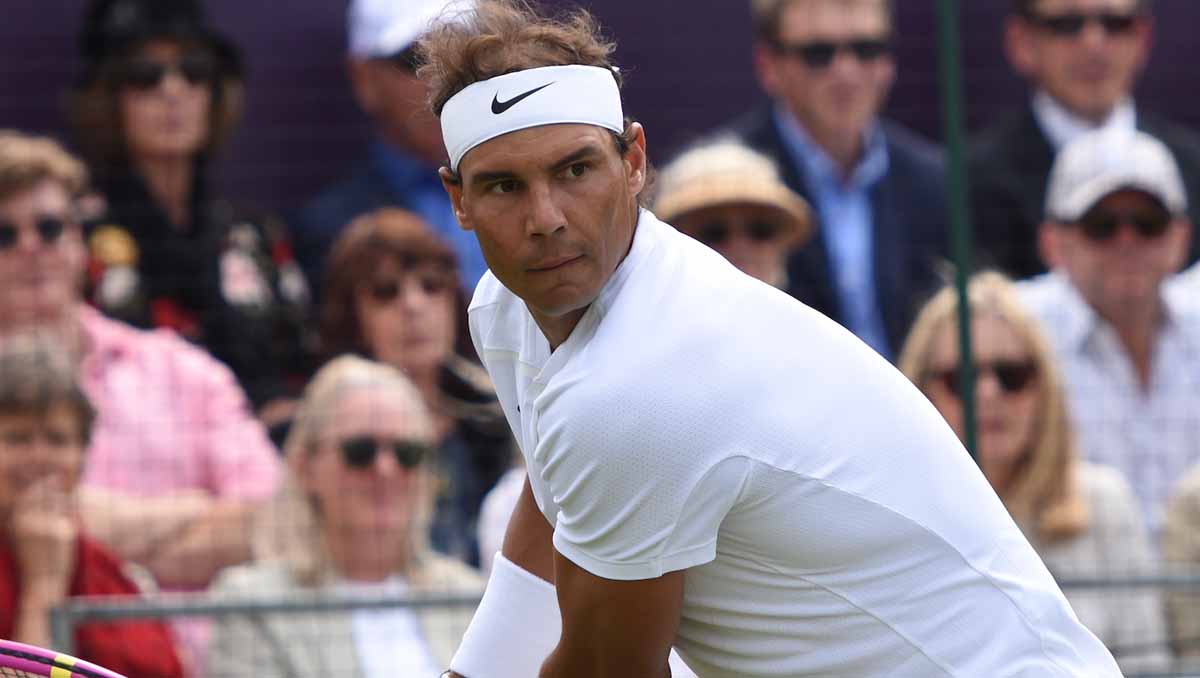 Rafael Nadal, two-time Wimbledon champion and with a men’s record 22 Major titles, has been drawing the crowds like never before.

That he had not played in the tournament since 2019, arrived here with both the Australian and French Open titles already in the bag, and was on course to meet the top seed and his biggest rival, Novak Djokovic, for a staggering 60th time if the seedings held, made his presence all the more significant.

That he is now the only top-10 seed left in the bottom half of the draw, and saw perhaps the biggest challenger to his ambitions, the No8 seed Matteo Berrettini, withdraw before playing a match due to Covid infection, made him an even stronger bet to reach the final. After all, Berrettini was runner-up to Djokovic last year, and won both Stuttgart and Queen’s ahead of Wimbledon.

An even earlier projected seed, No14 Marin Cilic, withdrew for the same reason, leaving the 21-seeded Botic van de Zandschulp to come through this segment and face Nadal in the fourth round.

The Dutchman, who had played at Wimbledon only once before, had won only one match, and was ranked 139 this time last year, had certainly made a mark in the interim, coming through qualifying to reach the quarters at the US Open, reach his first final in Munich, and then get to the semis at Queen’s.

But his draws when it came to Majors had been far from helpful to his ambitions at that level. He lost to Berrettini at Wimbledon last year, to eventual champion and world No2 Daniil Medvedev at the US Open, to the same man in Australia—where Medvedev was runner-up to Nadal—and then to Nadal at Roland Garros as the Spaniard headed to his 14th title.

Now, it was Nadal again, and another straight-sets loss for the Dutchman. And that meant an eighth quarter-final at Wimbledon for the Spaniard, and a 47th Major quarter-final overall.

This is Nadal’s 65th appearance in a Major since his very first, right here, in 2003. He was 17 years old, reached the third round, and went on to win his first Major fewer than two years later.

Now, only two older men in the Open era have reached the quarters here, Roger Federer and Ken Rosewall. Not that age seems to enter the equation when it comes to Nadal—or Djokovic or Federer, come to that.

Of the last 21 Majors played, dating back to the start of 2017, they have won 19, with all now past their mid 30s. And while Federer, almost 41 now, is missing from Wimbledon for the first time since 1999 as he continues to rehab from knee surgery, the other two remain top dogs, and continue to tick off milestones and records.

Nadal, if he goes on to win Wimbledon this year, will become the oldest champion here in the Open Era, overtaking Federer’s 2017 win.

The Spaniard is also bidding to win his ninth Major title since turning 30 and overtake Djokovic’s record of eight.

So how has he remained so competitive, at the highest level, and over so many years? After all, this is now his 20th year taking part in Major tournaments, the most gruelling competitions in tennis.

He explained the evolution:

“Well, I won here in 2008. I played the final in 2006 and 07. Have to say during that time, a lot of things I did well. We can talk about improvements. But on the other hand, at the very early stages of my career, I was able to play well on this surface, too.

“Of course I am running less than before, that’s obvious, so I need to improve. When I am losing things in terms of physical performance, you need to add things to keep competitive. That’s what I did all my career, just try to add things to my game, to improve things that I need to still be competitive after losing some physical capacities and other things that you lose during the career.

“But at the same time one of the things that I’m more proud of is the way I have been able to adjust and to accept the challenges in terms of physical issues, been able always to find a way to be competitive and improve my game.”

There is no doubting that his serve and his net game in particular have taken great strides since that young Nadal began grabbing the headlines. His first-serve success rate this week has averaged well over 70 percent, and in his four matches so far, he has won 20 serve-and-volley points, and come to the net almost 100 times, winning 64 of those approaches.

He did, though, take time out after foot problems at the end of Roland Garros, arriving here without playing a grass tournament, and after a gap of three years at Wimbledon itself.

He admitted the transition had not been easy:

“I think I have been improving in general terms, no? I started to feel that my ball is damaging more than at the beginning of the tournament. I think I am, again, making the ball advance faster with my forehand, with my backhand. I think working well with the slice, too. Then I miss a couple of volleys again going to the net… Not easy to make the transition. Not easy especially after a while not playing here. Happy for that.

“I made, I think, a big effort to be here. Takes a lot of mental and physical effort to try to play this tournament after the things that I went through the last couple of months. But as everybody knows, Wimbledon is a tournament that I like so much. Has been three years without playing here. I really wanted to be back. So that’s why it means a lot for me to be in that quarterfinals, no?”

Will his body see him through to that championship match? He has the only other remaining seed in the bottom half, No11 Taylor Fritz, who has certainly been on an upward trajectory this season, winning his first Masters title in Indian Wells, and arriving here with the grass Eastbourne title.

The American, more than a decade Nadal’s junior, has yet to drop a set on his way to his first Major quarter-final, but then he has yet to play a seed. However, he beat Nadal in the title match at Indian Wells, so he will surely not want for confidence.

That Nadal picked up a stress fracture in his rib in that same final, making his serve less potent, did have an impact, but the former champion will not be under-estimating Fritz: Nadal never under-estimates any opponent.