Unseeded Germans Maria and Niemeier into first Major quarter-final—against each other, as Ostapenko beaten 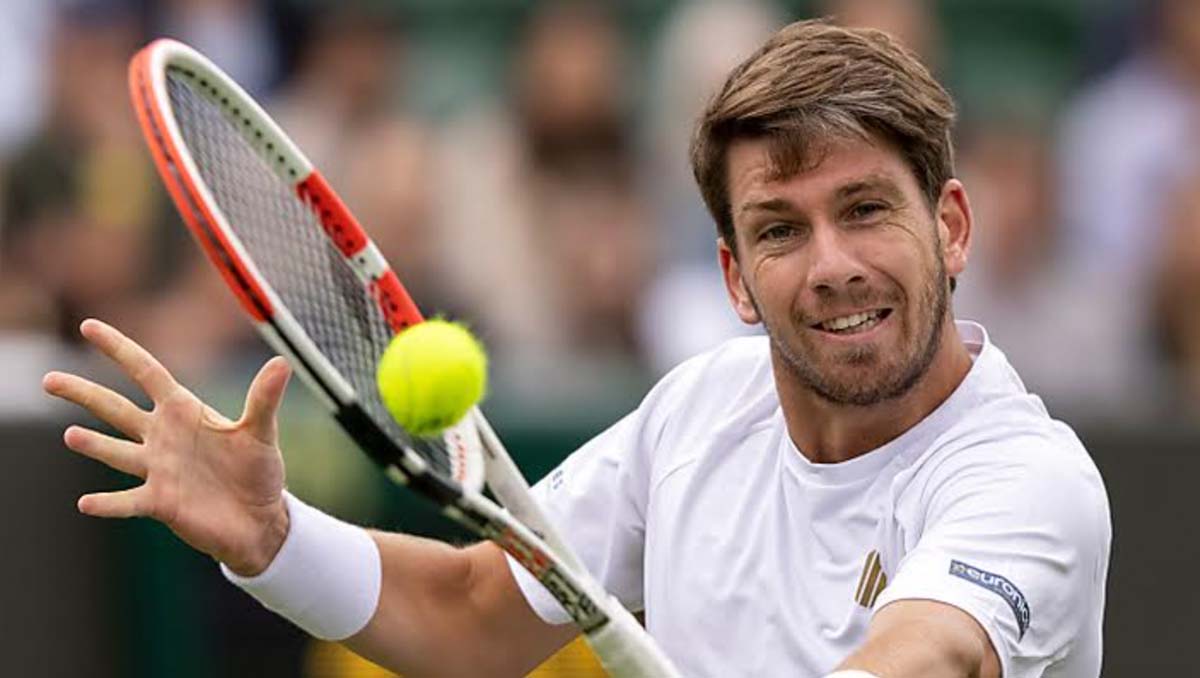 In the women’s singles draw, there had certainly been some shaking up of the expected order ahead of the second week.

Of five former champions, only one remained: Simona Halep. There were no reigning Major champions left either, after Emma Raducanu and current No1 Iga Swiatek were beaten: and defending champion Ash Barty was never in contention following her retirement from competition in the spring.

Indeed there were only two top-10 players: in the top half, No3 seed Ons Jabeur; in the bottom half, No4 seed Paula Badosa. And aside from Halep, there was just one other former Major champion in the shape of Jelena Ostapenko, seeded No12.

The men’s draw retained a very familiar look at the top, with six-time champion and No1 seed Novak Djokovic striding past an early blip, and his only dropped set thus far, to the fourth round, and No2 seed and two-time champion Rafael Nadal also sealing his place among the last 16.

But from there, the draw was taking a turn into the less familiar. No other player in the mix had reached the semis either at Wimbledon or any of the other Majors.

Only two of the 16 had reached the quarter-finals here, both unseeded this year: David Goffin and Nick Kyrgios.

One more, Cristian Garin, also unseeded, had reached the last 16 here before, last year, but for the rest, 11 of them, this was already their best performance at Wimbledon.

For the first time ever, half of these Round-4 matches would be played on middle Sunday, with the bottom four matches played on Monday. It had been a tradition much loved, the day of rest for players, staff, media—and the grass—but the price was ‘Manic Monday’, when the schedule seemed all day to be chasing its own tail, with fans torn between a plethora of fourth-round men’s and women’s matches crammed into every court. And this while the junior tournaments were getting under way, too.

And if there happened to be rain, chaos was sure to follow.

So this smoothing out of the schedule to ensure alternate days of play throughout the tournament—plus an extra weekend day for fans to enjoy—was largely welcomed.

For the first time, then, on his 17th appearance in Wimbledon’s main draw, defending champion Djokovic would play on Sunday. And in the way of a 13th quarter-final here lay the lowest-ranked player among the last 16, No104 Tim van Rijthoven.

The Dutchman won his first title, ‘s-Hertogenbosch, from his first final just a fortnight before Wimbledon, earning himself a wild card and a jump of 100 places in the rankings.

First, though, came the youthful and charismatic match-up between 19-year-old No5 seed Carlos Alcaraz and 20-year-old No10 seed Jannik Sinner. It comprised the youngest fourth-round or later showdown here since 1985, but it was the potential of this budding rivalry that stood out.

The teenage Spaniard had been capturing titles and fans in equal measure through 2022 with his athletic, energetic, all-court skills and sunny personality. He had only played six Majors before, had never lost in the first round, and already made the quarters of the US and French Opens. With titles in Rio, Barcelona, and the Miami and Madrid Masters, he has risen from 75 here last year to becoming a title contender this year.

He had already won nine of his last 10 matches against top-20 players, as well as his only meeting with Sinner, at the Paris Masters last autumn. So would the young Italian get his revenge this time? He too had accumulated two Major quarter-finals, but had not won a match here until this year.

However, Sinner had taken out Stan Wawrinka and John Isner, and made the quarters at most of the Masters and Majors this year.

Then there was the last man to fly the flag for the home crowd, Cam Norrie, though he played simultaneously on the adjacent show court to the only British woman left in the fourth round, Heather Watson.

No9 seed Norrie took on No30 seed, Tommy Paul, who was bidding to reach the quarter-finals at a Major for the first time in his Wimbledon debut. He had, though, reached the quarters at both Queen’s and Eastbourne, and while he had not yet dropped a set, he had not faced a seed, either.

Over on Centre Court, Watson had come through a quarter without facing a seed, but her next opponent, Jule Niemeier, ranked 97 and playing at Wimbledon for the first time, had beaten the No2 seed, Anett Kontaveit, and was proving to be a good grass player.

Sure enough, the 22-year-old German broke Watson twice to take the first set, 6-2, in front of a buzzing Centre Court that had just seen a plethora of former champions mark the centenary of the famous court’s construction.

Watson had been tested in all kinds of way since the start of the tournament, forced to play both her first two matches over two days due to postponements, and she was still in the women’s doubles, too. Indeed, she had played on every day so far.

She duly fought back at the start of the second set to break for 2-0, only to be broken back, and the German went on to break again for 4-3. Despite a flurry of openings late in the set, Watson could not break down the strong German’s serve, and Niemeier took the win, 6-4.

It so happens that she will next play compatriot Tatjana Maria, in what was developing into one of the stories of the women’s draw.

Maria, at the age of 34, had already made it to the fourth round of a Major for the first time at her favourite tournament. She was ranked outside the top 250 just this March, having returned from maternity leave less than a year ago. Now ranked 103, and the mother of two daughters, she had already beaten No5 seed Maria Sakkari, and now it was the turn of the only remaining seed in this quarter, Ostapenko.

Maria saved match points in the second set, but came back with her single-handed tennis to beat the No12 seed, 5-7, 7-5, 7-5, marking her first quarter-final.

The joy Maria has felt with every step here has permeated each and every interview, and it was no different after this match. Beaming, she said:

At the top of this half, the unseeded Marie Bouzkova became another player to reach her first quarter-final at Wimbledon with a straight-sets win over Caroline Garcia, who had put out Emma Raducanu in the second round, 7-5, 6-2.

Bouzkova, the 2014 US Open junior champion, had not been past the second round of a Major in 13 previous appearance, and had won just one match at Wimbledon, back in 2019. Now, the 25-year-old would face her first seed since putting out No7 Danielle Collins in the first round, either Elise Mertens or Ons Jabeur.

Another heart-warming story was also unfolding in Norrie’s quarter for the unseeded Goffin, a quarter-finalist here in his last appearance in 2019, a former No7, but plagued by injuries, most recently to his ankle and knee. He was pleasing tennis fans all over again with his nimble, smart play to reach the quarters once more in a gruelling four and a half hour win over No23 seed Frances Tiafoe, 7-6(3), 5-7, 5-7, 6-4, 7-5.

And minutes later, it was indeed confirmed that Norrie would be Goffin’s quarter-final opponent. The Briton, the last left in the singles draws, got a standing ovation, and shared his feelings with the Court 1 fans:

“It’s shocking for me—to make my quarters for the first time and have my family here it’s so special. A huge match for me, for both of us, and to play the way I did today and execute everything, I obviously really enjoyed it. It’s pretty crazy. A lot of feelings at the moment but I enjoyed it.

“I think from the first round, everyone has been behind me and supporting me and it’s showed in tough moments in the matches.”

Footnote: The outcome of the thriller between Alcaraz and Sinner would come much later.

Wimbledon 2022: Jabeur and Badosa are only top-10 women to reach Round 4