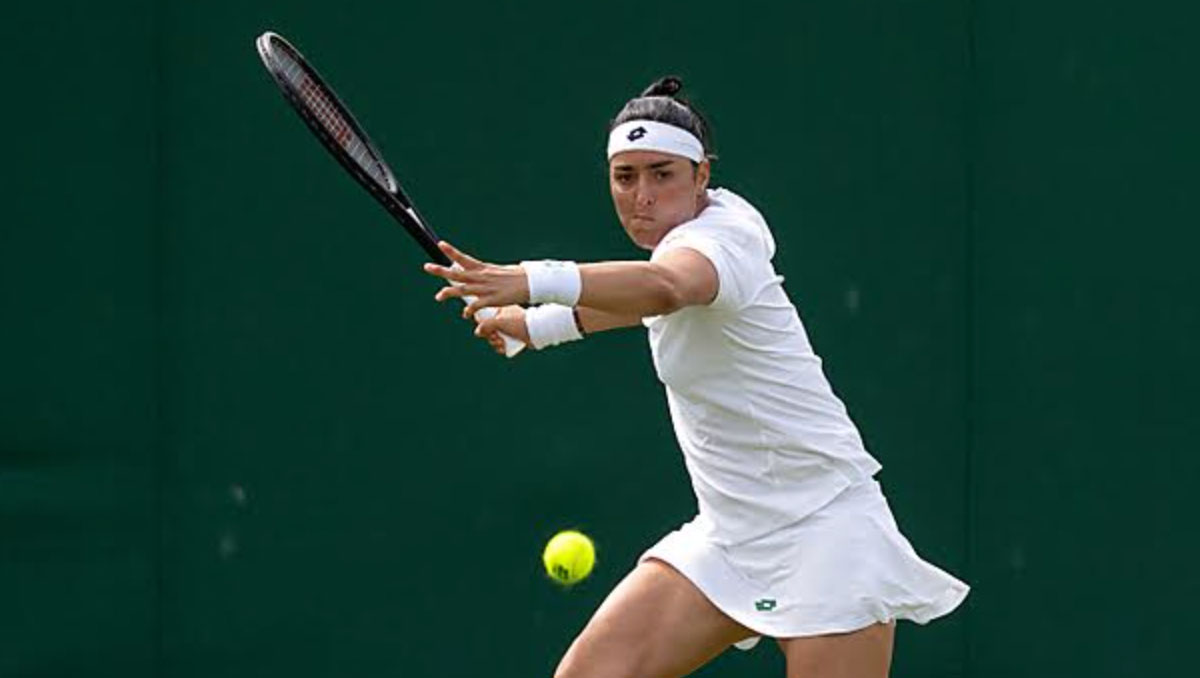 She is the current world No2, has one of the most endearing personalities in the draw, and to cap it all, Ons Jabeur has one of the most attractive styles of play in women’s tennis. Yet she has, until this summer, remained a little under the radar for the general public.

Now, though, her place among the elite, and her popularity with tennis fans, are no longer in doubt, and Wimbledon is reinforcing her status.

For the first time this year, with the draws heading towards the second week and into the fourth round, she would enjoy Centre Court when she faced the No77-ranked French woman, 19-year-old Diane Parry.

Jabeur certainly made an impression at Wimbledon last year, seeded 21, by reaching the quarter-finals for the first time via back-to-back wins against—and here is a measure of her grass abilities—Venus Williams, Garbine Muguruza and Iga Swiatek. She lost out to the then No2 seed Aryna Sabalenka, who is absent this year as a banned athlete from Belarus, but Jabeur, the woman who has been pushing boundaries in all directions, is now fulfilling the dreams she had only a couple of years ago:

“I am slow, and sometimes I start things slow. My game is not the same game as other players, so that’s why it was more difficult for me to adapt. Also bringing my husband to be my fitness coach did help me a lot for my career.

“But I think it was maybe back in 2019 when everything changed in my head. I was really fed up with the situation being in maybe 80, 60. I knew my place was in top 10. I was like, OK, enough is enough. Now it’s time to organise my work and really believe more in myself.”

Her second and third titles came this year on the clay of the Madrid 1000 and then on the grass of the prestigious 500 in Berlin. She also made the finals of the Rome 1000 and Charleston this year, and having dabbled in doubles at events through the year, she suddenly had British fans abuzz with the announcement that she would partner the returning Serena Williams in the doubles draw of Eastbourne.

But she admitted before Wimbledon that her inclination to play a lot of matches, combined with her growing success, had forced her to make more careful choices:

“Going to the French Open, I really felt that pressure of everybody expecting me to do well. I wasn’t used to that. Just invisible player going to Grand Slams, doing well sometimes [smiling].

“But I tried to learn from that, not over-play, not play a lot of matches on grass, just prepare myself for the main goal. For me the main goal was Wimbledon even before the year starts.”

So although she reached the semis in Eastbourne with Williams, Jabeur withdrew with a knee injury, but it was a precaution rather than a worry. Sure enough, she raced through her first two matches this week for the loss of eight games in total, and under two hours in total.

Admittedly she had played two qualifiers, and her next opponent’s only main-tour wins this year had come at the French Open, though Parry had put out defending champion Barbora Krejcikova. What is more, the French woman had reached the semis of a WTA125 in Venice before beating the formidable No31 seed Kaia Kanepi at Wimbledon.

Both women were slow off the mark, perhaps tentative, perhaps nervous in this iconic arena, but Jabeur finally broke after almost nine minutes. And now, her floating returns and changes of pace began to draw errors, and she raced to 4-0.

Parry’s elegant single-handed game did begin to extend some rallies but she was repeatedly beaten by deft slices and drop-shot winners. At last, though, she retaliated in kind and got on the board with a break, holding for 2-5. Jabeur needed to up the tempo, and did so to serve out the set to love, 6-2.

The Tunisian upped the level again, injecting speed and intensity in the seventh game of the second set, breaking to love. Then a string of winners, including a high backhand volley winner, made it 5-3 in the blink of an eye.

A break to love completed the 68-minute rout, 6-3, after winning the last 14 points of the match and it earned her a deserved ovation.

The draw continues to look encouraging for the woman who is surely second only to No1 Swiatek in predictions for the title in a week’s time. Jabeur’s quarter has already lost No7 seed Danielle Collins and No 10 seed Emma Raducanu, and soon after the Tunisian’s win, the former champion Angelique Kerber was beaten by No24 seed Elise Mertens, 6-4, 7-5.

In the bottom quarter, same half, the No2 seed Anett Kontaveit had also lost to Jule Niemeier, and the 22-year-old German, ranked 97 and playing only her second Major, continued her run to beat Lesia Tsurenko, 6-4, 3-6, 6-3.

But the woman who is currently dominating that quarter is No12 Jelena Ostapenko, who is a former French Open champion, but won the Wimbledon junior title in 2014, and has made no bones about loving this tournament. She has made the semis here, too, and may well be on course for a similar run again after a lean patch.

The Latvian returned to the top 20 after winning Dubai, then made the semis in Doha, and after virtually no wins on clay, reached the final in Eastbourne. Her aggressive, passionate style of play draws the fans, too, and she got rousing support on Court 3 with a storming come-back win over Irina-Camelia Begu, 3-6, 6-1 6-1. Having already hit 74 winners in her first two matches, she hit 28 more today. No wonder she could not stop beaming.

Ostapenko will next play Tatjana Maria, who was the hugely emotional and unexpected winner over No5 seed Maria Sakkari, 6-3, 7-5. The 34-year-old German, ranked 103, has her two young daughters here with her for the first time, and had never made a Major fourth round before. She could barely contain the tears as she said:

“To make this happen with my family here, this is only joy.”

The other place in this bottom quarter also produced tears of joy, as Heather Watson, playing Wimbledon for the 12th time, finally reached her first fourth round here—or at any Major.

The 30-year-old Briton had come through a tough schedule, having twice to carry her matches from one night to the next day—and she was fitting in doubles matches too. Currently ranked 121, she beat Kaja Juvan, 7-6(6), 6-2, though not before a nervous blip at 5-0 up in the second. Even serving again for the match at 5-2, she had to fend off break points, but she signed it off, 6-2, and sank to her knees to touch the grass.

Afterwards asked if she thought she may never take this extra step in the draw, she countered:

“No chance. I wouldn’t still be playing if I thought that ship had sailed. I’ve been in the third round quite a few times here at Wimbledon and Australian Open. So I was just sort of waiting for it to happen. I waited long enough, I think—and did it in dramatic fashion!”

She will next play her fourth unseeded opponent in Niemeier: Perhaps a quarter-final beckons.

Wimbledon 2022: Milestone wins for Boulter and Broady, both into third round for first time