Wimbledon organisers announce that the third Grand Slam of the year will be moved back a week, starting from 2015 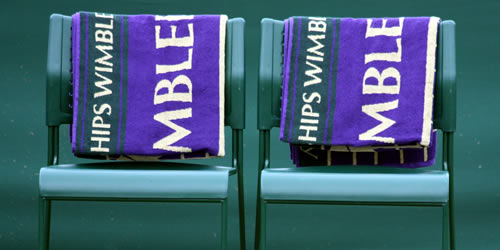 Hot on the heels of one of the most eventful Wimbledon Championships of the decade, and days before the All England Club hosts 2012’s historic Olympic tennis event comes an announcement almost as significant.

After more than a century of tradition, the Wimbledon Championships will be moved back in the sporting calendar by one week.

A statement released by the All England Club today confirmed that: “Following extensive consultation across the tennis and wider sporting world, The Championships’ dates will be moved back by one week with effect from 2015.”

The significance of the move cannot be understated. The Official Guide to the 2012 Championships affirmed its traditional slot in the British summer season just weeks ago: “The Tournament starts each year six weeks before the first Monday in August.”

Its new slot will instead place the tournament almost entirely in July: Wimbledon 2015 will run from Monday 29 June to Sunday 12 July.

In recent years, the tennis calendar has come under increasing criticism from players who have complained that the rigours of the modern tour, the criss-crossing of time-zones throughout the season, and the concertinaing of Grand Slams with compulsory ATP tournaments and Davis Cup duties, have all but eliminated time for rest and recuperation.

One of the problems with building in recovery gaps has been that the Grand Slams and Davis Cup are not part of the ATP Tour structure. So while player representation on the ATP council brought some change last year, including a longer off-season in December, the Grand Slams have generally been regarded as immovable feasts.

Wimbledon in particular—the oldest and most traditional of the four—has dovetailed with a sequence of other British summer season highlights such as Henley, Royal Ascot and the golf Open. But its proximity to the French Open has caused one of the biggest headaches in the calendar, entailing both a swift physical recovery between two of most demanding events in tennis and also the difficult transition from clay to grass in the space of fewer than three weeks.

Announcing the decision, Philip Brook, chairman of the All England Club, said: “The best interests of tennis will be served by allowing the players more time to recuperate and to adjust from the clay of Roland Garros to the grass at Wimbledon.

“All our research indicates that there is widespread support within the game for extending the gap between the French Open and Wimbledon and, importantly, we think most players will welcome the prospect of a longer grass court season and spending more time on the softer surface of grass.”

There are currently just four grass events between the two Majors, and the first two—at London’s Queen’s Club and at Halle in Germany—begin the day after the French Open final. This year, with the French tournament extending to Monday due to rain, the transition for winner Rafael Nadal was particularly difficult. He lost early in Halle and was then a shock loser in the second round at Wimbledon. He has now also withdrawn from the Olympics with knee tendonitis.

The delay in implementing the change will enable the ATP tour to review and adjust its own calendar. Last week, for example, there were three tournaments—one of them the only remaining grass event of the year in Newport in the USA—that could, in future, overlap with Wimbledon.

Brook explained: “In making this change from 2015 we recognise that there will be some important consequences for the overall tennis calendar and enough time needs to be given to allow us all to plan accordingly. In anticipation of the work required, I would like to thank our colleagues throughout the game for their enthusiasm and support for the vision of a tennis calendar that will better suit the needs of the modern day sport.”

One event that will not be affected is the next Olympics in Rio. That is already set to begin later than London 2012, on 5 August.

For more on players’ discontent with the tennis calendar, check out the post-US Open debate.