The total prize pot for the 2012 Wimbledon Championships is the largest increase since 1993. Marianne Bevis reports 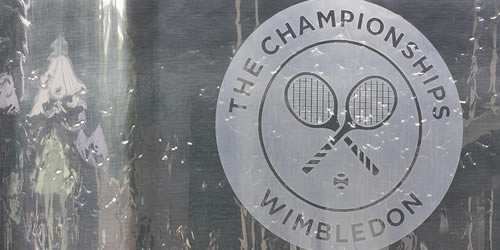 The total prize money for this year's Championships will be £16.1m Photo: Marianne Bevis

The news that the most famous tennis tournament in the world had increased its prize money for this year’s players was not, of itself, unusual.

Even the fact that, at 10 per cent, the prize pot for the 2012 Wimbledon Championships is the largest increase since 1993 is far from surprising.

As Philip Brook, Chairman of the All England Club and The Championships, said: “Wimbledon continues to be successful and we are delighted to share that success with the players by increasing total prize money.”

But two things did stand out in the announcement made at the Annual Spring Press Conference yesterday.

The first was the distribution this year’s total of £16.1m. For by far the biggest percentage increase has been given to players knocked out in qualifying—a rise of over 21 per cent—and in the early rounds—up by between 9 per cent for fourth-round losers and 26 per cent for first-round losers. The prizes for semi-finalists, losing finalists and champions increase by 4.5 per cent.

The second interesting element to emerge from the announcement was the role played by the top four men in these bottom-up increases.

Novak Djokovic, Rafael Nadal, Roger Federer and Andy Murray asked for a meeting on the subject at Indian Wells last month, which Brooks, accompanied by Tim Henman at the players’ request, subsequently described as “very constructive and professional.”

The issue of appropriate rewards for players at the Grand Slams was one of many concerns aired at last year’s US Open amid much discontent about the lack of consideration given to the players by the most profitable events in the tennis calendar.

The Slams, though, are not part of the ATP tournament structure and thus have no direct player representation, but on that occasion, following numerous poor decisions about scheduling through days of inclement weather, the players gave their views anyway.

What prompted the request for a meeting at Indian Wells in particular was not explained but it may be no accident that the BNP Paribas Open had made much of its huge increase in the winners’ purses this year—up 39 per cent for the men to $1m—while the first-round losers received just 7.7 per cent more.

Against this backdrop, then, they voiced their concerns that the earnings of the lower-ranked players were becoming inadequate to cover the rising costs of playing on the professional tennis tour.

Brooks described the conversation thus: “What we heard from them was not a request for more prize money for themselves, but [rather that] they recognised this was an issue for the sport. They were there representing all the players on the tour.”

He added: “In those top four players we have people of quality and integrity who want to do the right thing for the sport.”

It must indeed be unusual for a sport’s top performers to come together as one voice and arguably even more rare that it should be such an altruistic voice.

Perhaps the gesture is made a little easier by the annual prize-winnings of a Djokovic—already in excess of $3.5m this year—or the kind of endorsement income that has made Federer one of the highest earning athletes in the world. Nevertheless, a top-100 tennis player earns significantly less than, say, his equivalent in golf or football, while his expenditure—on travel, salaries and subsistence for the kind of coaching and physio teams needed to compete in professional tennis—is a constant drain.

And it is not just Wimbledon that has responded to the ‘noises off’. The move follows a similar announcement 10 days ago by the organisers of the French Open, where the champions will receive a four per cent increase but first-round losers a 20 per cent rise.

Brooks, though, did not see this as a sign that the four Slams should work together on such issues but rather as Wimbledon reasserting its status as the pre-eminent event in the calendar:

“We heard genuine concern from top players and tour management that this was an issue and we have reacted to that…This is a world stage in tennis so the prize money at Wimbledon needs to reflect our position on the world stage.”

The AELTC’s 15-year plan that brought to SW19 a refurbished Centre Court with retractable roof, new Nos1, 2 and 3 Courts, the Millennium Building and the Wimbledon Lawn Tennis Museum came to an end last year, but the Club is already developing a new 10-15 year Masterplan to ensure that the tournament’s evolution continues.

It will now be interesting to see whether the US Open, the source of such discontent last year, will follow its lead.