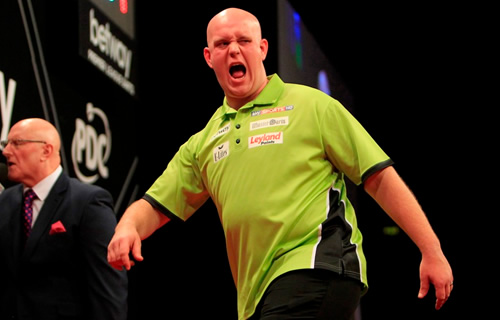 The World Darts Championship kicks off on 18 December at Alexandra Palace in London – and tickets for the tournament will be available on viagogo.

Click here to buy tickets for the 2014 World Darts Championship at viagogo, from Monday 23 June.

The world’s biggest darts tournament kicks off this December. Fans can begin to get their fancy dress and groups ready for one of the best atmospheres in the world of sport by snapping up tickets as soon as they go on sale.

Tickets for the World Darts Championship will go on sale from 10:00BST on Monday 23 June at viagogo. Click here to book your place for you and your friends at Ally Pally today.