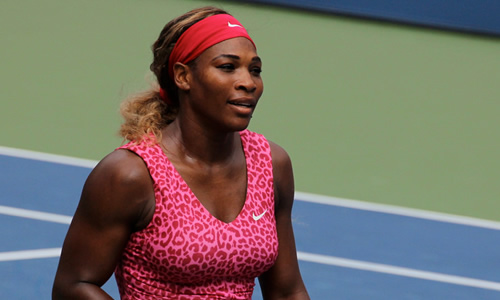 Serena Williams paid tribute to Caroline Wozniacki for her part in a thrilling semi-final after the world number one edged to a three-set win to reach the WTA Finals showpiece.

The 33-year-old, who beat her Danish opponent in the US Open final in August, lost the first set before rallying to claim a 2-6, 6-3, 7-6(6) victory over Wozniacki.

And Williams, in a show of sportsmanship, admitted she felt “really bad” after beating her close friend to book her place in the final of the year-end event for the third successive year.

“I just kept thinking, if I lose I get to go home and if I win I get to stay in front of this amazing crowd,” Williams said.

“After I lost the first set I heard so many people behind me and it’s the only reason I was able to pull through.

“Caroline played a great match, it was really difficult today and I felt really bad because she’s so amazing and so nice and in this tournament she really deserved to win. So just congrats to her and thank you for playing so well and making it such a great match.”

Williams will face Simona Halep or Agnieszka Radwańska in the final on Sunday.