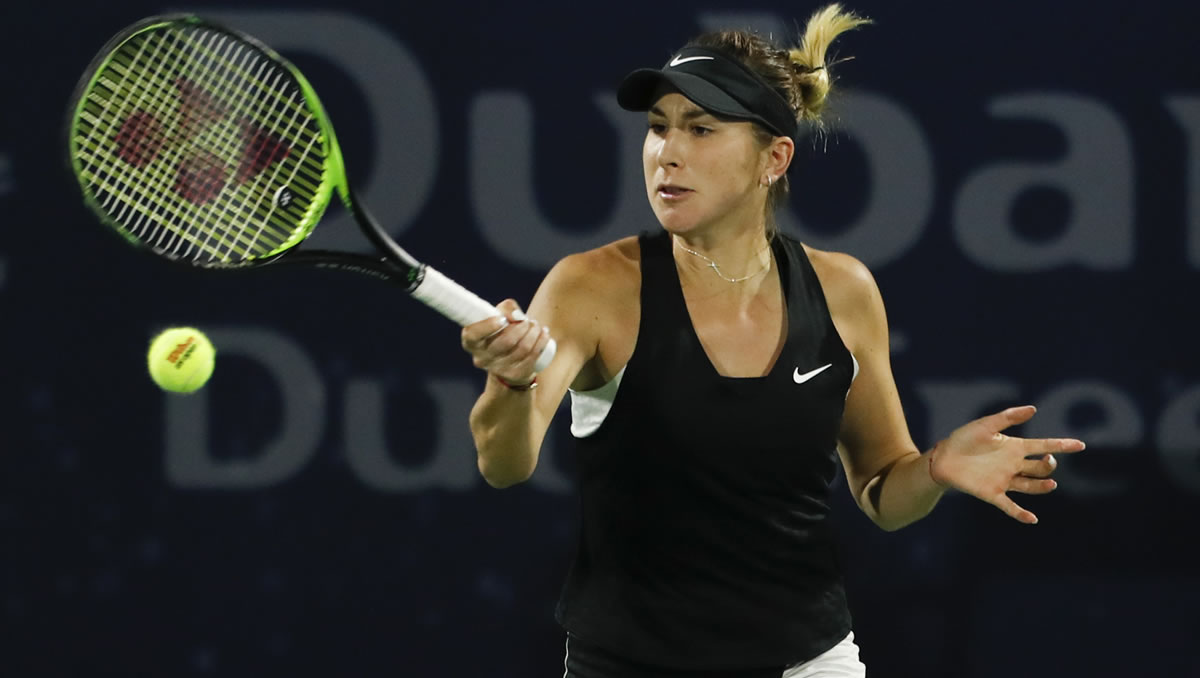 A lot of water had already gone under the bridge by the time the last set of round-robin matches began for the eight women at the WTA Finals in Shenzhen.

In the Red Group, French Open champion Ashleigh Barty confirmed the year-end No1 ranking with an impressive opening win against Belinda Bencic in an intriguing first match between the two young stars.

The Australian Open champion Naomi Osaka beat Petra Kvitova in another thrilling three-set opener, but then was forced to withdraw from her second match with a shoulder injury. Kvitova, though, would be the first woman to go out of the competition after then losing to Bencic.

In Osaka’s place came the first alternate, Kiki Bertens, hot-foot from reaching the final at the WTA Elite Trophy in Zhuhai at the weekend.

The Dutch woman, who reached a career-high of No4 earlier this year, had not missed a week in her schedule since the US Open—seven straight tournaments that included a semi run in Beijing, the quarters in Linz and Moscow, and that semi finish in Zhuhai, all the while zigzagging across the northern hemisphere.

Despite playing more tournaments and more matches than anyone else in the top 30—Shenzhen would be her 28th event and she was about to play her 79th match—she came back from a set down and more than two hours to beat Barty and give herself the chance of becoming the first Alternate to reach the knock-out stage of the WTA Finals. But she had to win her second round-robin match to advance to do so—as did Bencic, in an all-or-nothing contest.

It was the Purple Group, playing second, that produced the first confirmed name in the semi-finals, and that was defending champion Elina Svitolina. She beat both Barty and Karolina Pliskova in straight sets to top the group, despite being the only woman in the tournament without a title this year.

Yet she has performed well on the biggest stages: Svitolina made the semis at Wimbledon, the US Open, and Indian Wells, and the quarters at the Australian Open and Beijing.

But this group also suffered a withdrawal, after the youngest woman in the draw, 19-year-old Bianca Andreescu, was forced to retire with a knee injury against Pliskova. That she then pulled out of her third match was thus no surprise: As well as picking up a bad injury in her second match, she had also suffered from back problems through much of her gruelling three-set loss to Simona Halep.

Her last match against Svitolina, then, was effectively a dead one, though it will prove to be a big pay-day for the second Alternate, Sofia Kenin, for each match played is worth at least $120K, win or lose. Not a bad year’s work for the 20-year-old who was ranked outside the top 50 at the start of 2019.

But it is the other match, the last of the singles round-robins to be played this week, that will determine the last semi-finalist, in an all-or-nothing showdown between Halep and Pliskova.

The Romanian leads the head-to-head 7-3, though in previous indoor matches, they are all square, 1-1. And in their most recent meeting, Pliskova beat Halep 7-5, 6-1 in the Miami semi-finals.

It was similar scenario for Bencic and Bertens in the concluding match for the Red Group: winner-takes-all as the young Swiss, playing the tournament for the first time, aimed to join fellow debutante Barty, in the last four.

Bencic had tasted a top-10 ranking while still a teenager, but that all changed after she was forced to undergo wrist surgery in 2017 and tumbled outside the top 300.

No matter: she was back at 55 at the start of this year, beat four top-10 players to win in Dubai, and two more to make the semis in Indian Wells. Then it was the semis in Madrid, the final of Mallorca, and her first Major semi at the US Open. So like her Dutch opponent, it had been a long season, packed with 25 tournaments and 68 matches.

Even so, she left it until the last moment to qualify for Shenzhen, and it took a title run in Moscow to do it. Now, she was clearly determined to make the most of her first appearance among the elite eight, and she had good reason to be optimistic. After all, Bencic had garnered more top-10 wins this season than any other player, 9-6, and more top-five wins, 6-1.

She lost out to Barty in three sets in her opener, but reversed the result in three sets against Kvitova. Now, though, she had to beat Bertens, a woman who had beaten her in all three previous matches, including two three-setters in the last 12 months.

But Bertens, who had suffered at Bencic’s hands before the tournament began—it was the Dutch woman who was knocked from the top eight by the Swiss woman’s late surge—was soon struggling with her form, and had to retire at 7-5, 1-0 down with illness.

It began well for Bertens, with a break to lead 3-2, but serving for the match, her serve wavered while the Bencic energy and precision in shot-selection began to drain the Dutch player. The Swiss broke, held and then broke again, and sealed the set with her fourth straight game.

It was clear that Bertens was suffering. She broke into tears during a coaching time-out—very out of character for the Dutch woman—and finally asked to see the doctor after the first game of the second set. And after checks to blood pressure, temperature and heart-rate, she bowed out. Bencic would head to the semis against Svitolina, Bertens would head home for some vital rest and recuperation.

“I think I gave absolutely everything this year and this week. I’m proud of that. Like five weeks ago, I said to myself, ‘You’re completely dead.’ I guess now I’m almost there.”

Bencic, for her part, admitted:

“Maybe her gas just really ran out… Obviously not the way I wanted to win, but super proud of how I fought in that set. I was thinking maybe she wins the first set, maybe a different story. I think after I lost the first match here, I just wanted to keep fighting, and you never know. There’s people that made it to the semi-final when they won just one match. I was always thinking of those positives.

“I think everyone is exhausted and injured, all of that. I think now it’s all about the mental strength to go through all of this.”

So it will be first-timer Bencic against Svitolina, the only former champion left standing, in one semi-final, and another first-timer, Barty, against either two-time semi-finalist Pliskova or 2014 runner-up Halep in the other.

It really is anybody’s title.