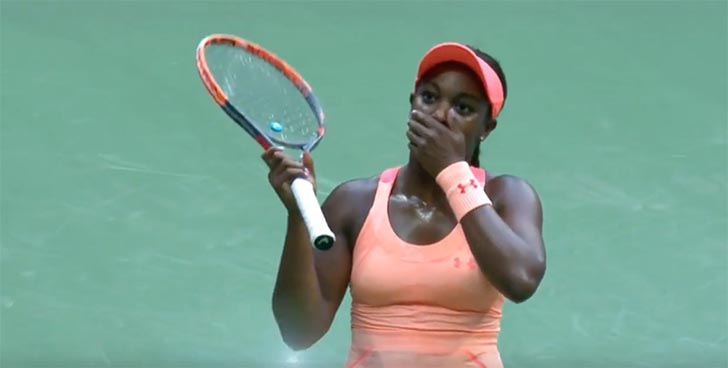 The Women’s Tennis Association has announced that Sloane Stephens has qualified for the 2018 BNP Paribas WTA Finals Singapore presented by SC Global after it was confirmed that No7 in the Race, Elina Svitolina, will not play in the final week of the season.

The 25-year-old American has earned her first career qualification following a season that saw her win her first WTA Premier Mandatory title at the Miami Open. The American also reached her second Major final at the French Open, having won her first at the US Open in 2017, and she was also runner up at the Rogers Cup in Montreal.

Following Miami, Stephens broke into the WTA top 10 for the first time in her career, and after Roland Garros, she rose to a career-high No3 in July.

“I’m honoured to qualify for my first WTA Finals. I’m looking forward to meeting the amazing fans in Singapore, exploring the city, and competing against the best players of the season.”

An American player has competed in three of the previous four editions of the year-end event in Singapore, including Serena Williams (2014 champion), Madison Keys (2016) and Venus Williams (2017 runner-up).

With three WTA International tournaments concluding today in Tianjin (won by Caroline Garcia), in Hong Kong (won by Dayana Yastremska), and in Linz (won by Camila Giorgi), hopeful qualifiers have just one chance left to gain points in either Moscow or Luxembourg this week. Importantly, at this stage, Moscow is a Premier and thus carries more points.

Others in contention (in Race order)

Second ‘Alternate’ place goes to one of

11 Elise Mertens (needs to reach at least the Moscow SFs)

12 Anastasija Sevastova (needs to reach at least the Moscow SFs)

13 Daria Kasatkina (needs to reach at least the Moscow final)