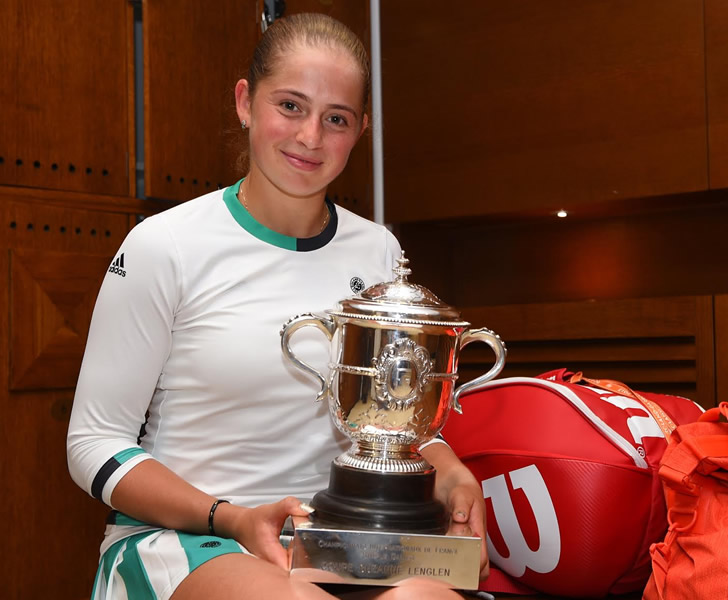 Jelena Ostapenko won the French Open back in May Photo: FFT

The 20-year-old French Open champion, Jelena Ostapenko, has qualified for her debut appearance at the WTA Finals in Singapore later this month.

In her breakthrough season, Ostapenko not only scored her first Major title in Paris but her second career title in the Korea Open in Seoul. She was also runner-up in Charleston, a semi-finalist at the Wuhan Open, and reached her second Major quarter-final at Wimbledon. Following a third-round run at the US Open, she broke into the top 10 in September.

Ostapenko played her first full year on the WTA tour in 2016, and has since improved her ranking by 76 places to reach a career-high No8.

She said of qualification: “I’m extremely happy to qualify for my very first WTA Finals. I’ve had a great season and hope I can continue to play my best tennis in front of all the fans in Singapore.”

Staged at the Singapore Sports Hub from 22 October, the 2017 BNP Paribas WTA Finals presented by SC Global is an eight-day tennis festival featuring the world’s best players vying for $7 million in prize money and two of the most prestigious titles in women’s tennis.

The winner of the Porsche Race to Singapore—the player who sits at No1 on the Race Leaderboard entering the WTA Finals—will not only seal a place at the season-ending showdown, but also earn a new Porsche 911 GTS Cabriolet.

Eleven players ranked from nine to 19 plus one wildcard who have not qualified for the WTA Finals have the chance to qualify for the Elite Trophy and a purse of $2.28 million in the week after Singapore.

Played in a round robin format, the best four advance to the semi and final knockout stages.

Among those in contention, aside from women still hoping to qualify for Singapore, are: