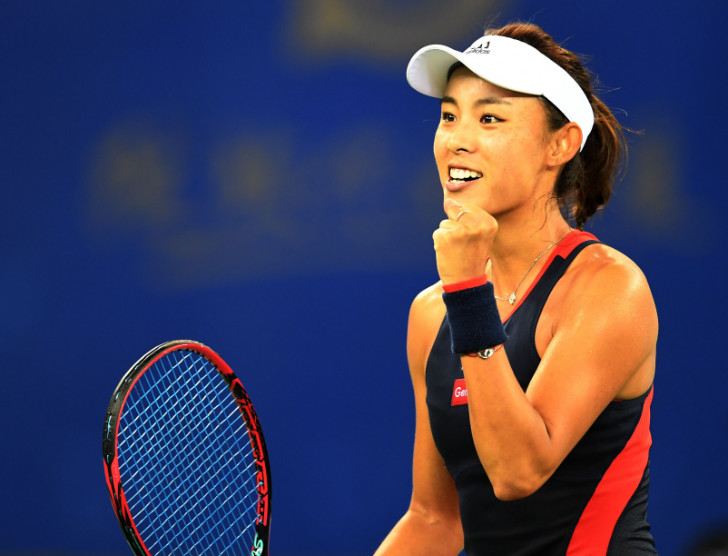 Qiang Wang’s historic run on home soil at the Dongfeng Motor Wuhan Open gathered pace with victory over Olympic Gold medallist Monica Puig, 6-3, 6-1, to become the first Chinese player since Li Na to reach the semi-finals of a WTA Premier event in China.

Celebrating its fifth year, the tournament has gone from strength to strength, and this year its 56-woman draw featured among its 16 seeds all but US Open champion Naomi Osaka, who withdrew with viral illness, and Serena Williams.

Yet as the tournament has whittled down to the final four, only one of those seeds, No16 Ashleigh Barty, remains. No1 Simona Halep, struggling with back problems, lost her opener against the always-dangerous Dominika Cibulkova, while No2 Caroline Wozniacki lost to Puig in the third round. Indeed, only Barty, among all the seeds, reached the third round, and Wang was responsible for one of the biggest names, Karolina Pliskova.

Wang, then, will certainly enjoy unparalleled support when she takes on Estonia’s Anett Kontaveit in Friday’s semi-finals. Kontaveit ended the run of qualifier Katerina Siniakova to reach her third WTA Premier semi-final of the season but her first on a hard-court.

Wang’s victory over Puig was the top-ranked Chinese woman’s 14th consecutive win on home soil after her WTA title runs this year in Nanchang in July and last week in Guangzhou. She also made the fourth round in Indian Wells in March, and the semi-finals in Hiroshima earlier this month.

She said of her run:

“I’m not sure of the significance to everyone. I’m just trying to do my best and put up my best performance. Well, today’s win makes me very, very happy. This is the first time that I entered the semi-finals at a Premier 5, so I’m really happy today.”

Australia’s Barty, 22, takes on 20-year-old Aryna Sabalenka in the other semi-final. Barty, who beat Wimbledon champion Angelique Kerber in the third round, said of being the only remaining seed in the tournament:

“Obviously, I’m aware of it but I think the other girls that are in the quarter-finals have absolutely earned their spot.

“That’s the way the cookie crumbles sometimes. There were some ripping matchups in the first and second rounds. Big players are knocking out big players. It’s the way it is when not everyone is seeded.”

Barty was runner-up to Caroline Garcia in Wuhan last year and enjoys the surface and the surroundings here:

“I love that centre court. It really is a beautiful court… It’s just nice to be able to back up a result from last year. It’s obviously always in the back of your mind; knowing you’ve played well here before gives you that extra confidence to come out and play freely. I’ve been able to do that in my last couple of matches a little bit better. Certainly happy to be in another semi-final.”

Big-hitting Belarussian Sabalenka won her first career WTA title at the Connecticut Open in August and is enjoying some impressive form this week.

She proved much too strong for Cibulkova in the quarters, and is looking forward to the Barty match-up:

“Well, she’s a great player. She’s a tricky player because she’s playing slice, lobs, with spin. Well, it will be not easy match. Of course, it’s a semi-final. Who gets an easy one here?”