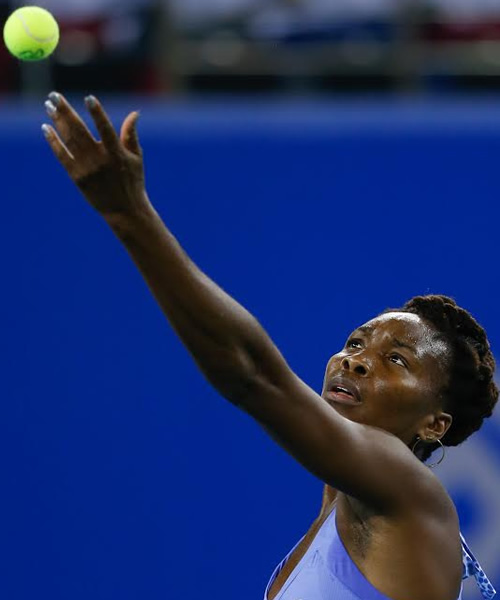 It was always a tough ask for the Tokyo champion Agnieszka Radwanska to hit the magnificent new centre court in Wuhan with a spring in her step.

She had, after all, come hot-foot from her first title in over a year, a victory over the woman who had beaten her in her only other final of 2015 in Eastbourne. By beating the in-form Belinda Bencic, 6-2, 6-2, Radwanska also reclaimed a place in the top 10 as the WTA Finals in Singapore loom over the horizon.

But without one of only eight first-round byes in Wuhan, and drawn into tough quarter that contains two unseeded Grand Slam champions and former No1s, Victoria Azarenka and Venus Williams, Radwanska had to commute and prepare for this high-quality field in just 24 hours.

She recognised how important it was to gain points in this last month of the WTA tour if she was to reach climax of season: “The Asia tour is key for me to go to Singapore, so I think this week I did a great job to give myself a better chance to go back there again.”

Separated by almost a decade in age, it was Williams who Radwanska beat to win her last title, in Toronto last year, and since then, Williams had needed three sets to beat the craft of the Pole in their two matches this year—both meetings coming on hard courts.

But Radwanska was, not surprisingly, slow off the mark in Wuhan, and Williams pounded the winners to take a 5-0 lead, and only after several deuces did Radwanska get on the scoreboard. But Williams made no mistake in serving out the opening set, 6-1.

Williams took an early lead in the second set, too, but Radwanska broke back, though clearly in physical difficulty. The Pole took a medical time-out, carried heavy strapping to her upper thigh, but went on to press Williams to a tie-break.

The length of the match, almost two hours, did great credit to Radwanska but she could never get a lead over the 35-year-old Williams, who advanced, 7-6(4), to a second-round meeting against Julia Goerges with 51 winners to her name.

Perhaps even more impressive in Wuhan than Radwanska was No11 seed Bencic, who beat back-to-back top-10 players in Tokyo, Garbine Muguruza and Caroline Wozniacki, before losing to Radwanska, to put her on cusp of the top 10 in the rankings. Indeed the 18-year-old Swiss Rising Star is close to becoming the first teenager to do so since Wozniacki five years ago.

Bencic was scheduled to play Eugenie Bouchard in her opener but the Canadian had to withdraw, still suffering from the after-effects of the concussion she suffered at the US Open. So it was lucky loser Ajla Tomljanovic who took on Bencic in a tough hour and a half of see-sawing fortunes and multiple breaks of serve.

The Swiss next plays Camila Giorgi, with Jelena Jankovic a potential third-round opponent. However the top seed in this quarter, Maria Sharapova, was forced to retire at 6-7(1), 7-6(4), 1-2, with a left wrist injury. This was the world No3’s first match since Wimbledon, and so the loss was a major disappointment.

She said: “I’ve gone through the injury and not playing and missing a Grand Slam [the US Open], going through the rehab, going through training, this is really the moment that you work for. That’s why it’s unfortunate to have to stop because you build and you get the rust out and you hope you grow as the tournament goes along, but not in my case this tournament.”

Sharapova has already qualified for the WTA Finals in Singapore but hopes before that to be fit to play the big Premier Mandatory in Beijing next week.