By The Sport Review
Updated on Thursday 17 February 2022

Aaron Ramsey is a Welsh footballer who plays as a central midfielder.

The Welsh midfielder started his career at Cardiff City before his eye-catching performances led to a move to north London side Arsenal.

Ramsey suffered a horror leg break at Stoke City in 2010 to rule the versatile midfielder out of action for almost 12 months.

The box-to-box midfielder sealed a transfer to Juventus in the summer of 2019 after his contract at Arsenal expired, signing a four-year deal with the Serie A giants.

He is a key part of the Wales team and the Juventus midfielder helped his country reach the Euro 2016 semi-finals in France.

But how much do we know about Ramsey’s early years and how he developed into one of the world’s top midfielders? This is Aaron Ramsey’s story.

Cardiff City managed to see off competition to sign Ramsey at the age of eight. Premier League side Newcastle United had also reportedly shown an interest in the Welsh talent.

Aaron was the subject of a £1m offer from Everton in the 2007-08 season as his reputation continued to grow.

He signed his first professional contract with Cardiff in December 2007. A few weeks later, Aaron started his first competitive game in a 3-1 win against Chasetown in the FA Cup.

Ramsey played in Cardiff’s 1-0 loss to Portsmouth in the FA Cup final at Wembley after he featured in five of the preceding six rounds. 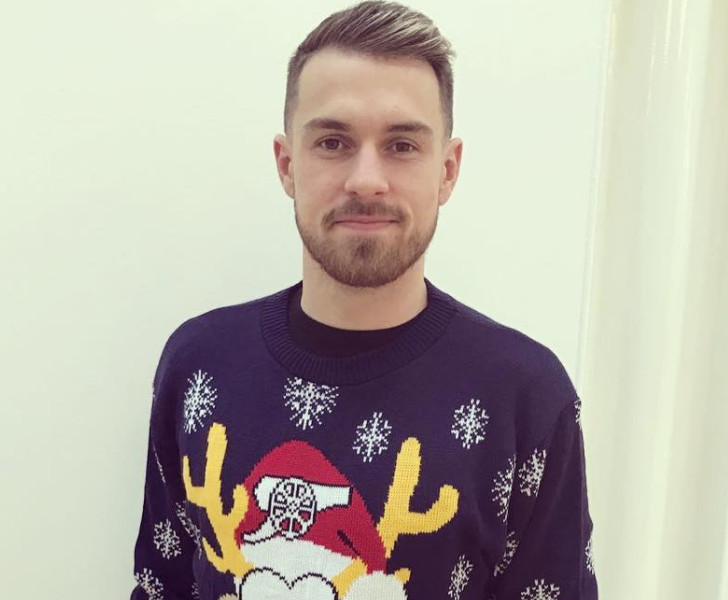 Arsenal and Manchester United then went to battle over the midfielder’s signature as Sir Alex Ferguson spoke to Cardiff boss Dave Jones about the Welsh teenager.

Ramsey completed a £10m move to Arsenal from Cardiff in the 2008 summer transfer window.

Aaron cited then-manager Arsene Wenger as a big factor behind his decision to move to Arsenal after penning a long-term contract with the Gunners.

Wenger didn’t hesitate to hand Ramsey his Arsenal debut in their Champions League play-off against Dutch side FC Twente.

Aaron made an assist on his first Premier League appearance in a 4-1 win against Blackburn Rovers.

His first Arsenal goal came in a 5-2 win against Turkish side Fenerbahce in the Champions League group stage on 21 October 2008.

Ramsey finished the season with one goal in 22 games in all competitions.

Aaron scored his first Premier League goal at the start of the 2009-10 season following his strike in a 4-1 win against Portsmouth at The Emirates.

Ramsey made his first Premier League start and completed 90 minutes in the English top flight for the first time in a 4-1 win against Wolves on November 2009.

He proved to be in prolific form during the festive period with goals against Stoke City, Portsmouth and West Ham.

His season was cut short due to a horrific injury, when Ryan Shawcross’ horror tackle caused him to suffer a broken leg. It was later confirmed that Ramsey had broken his tibia and fibula at the Britannia Stadium.

Ramsey was sent on loan to Championship side Nottingham Forest to gain first-team minutes between November 2010 and January 2011. He made five appearances for the two-time European champions.

Aaron then went on loan for a month at his former club Cardiff City in January 2011. He featured in six games before he returned to Arsenal. 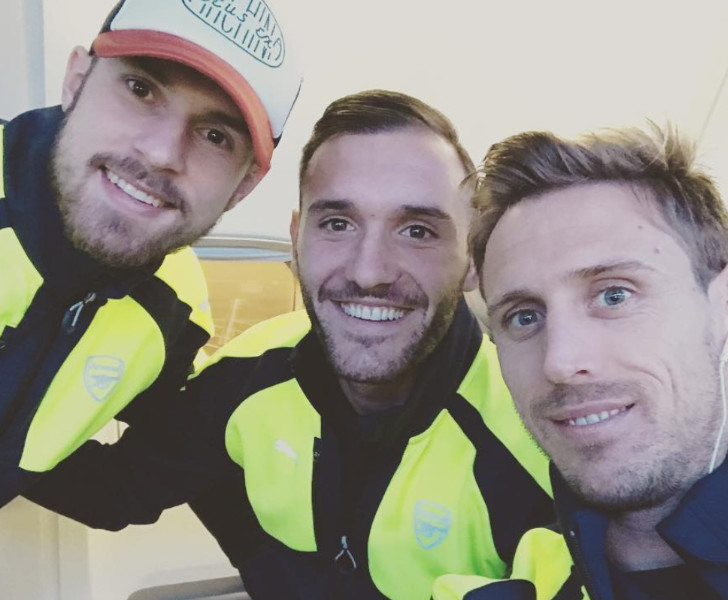 Ramsey was back in the Arsenal first-team at the start of the 2011-12 season.

However, the Wales international struggled with form throughout the campaign amid growing criticism of the versatile midfielder.

Aaron finished the season with three goals and four assists in 42 appearances in all competitions.

Wenger used Aaron sparingly in the opening months of the Premier League campaign.

He was deployed on the right wing for a large portion of the season, while Wenger kept the Welshman as an option from the bench.

Ramsey started 21 games and was a substitute 15 times in the 2012-13 Premier League season. However, in a sign of renewed importance, he started their last 10 games of the campaign.

He scored three times against Turkish side Fenerbahce in the Champions League play-offs to help Wenger’s side book their place in the group stage.

Ramsey was used in a deeper midfield role and the Wales international proved influential with a series of man-of-the-match performances against Fulham and Tottenham.

He netted twice against Sunderland to score his first Premier League goals of the campaign.

Ramsey scored in his next three outings to continue his prolific streak.

Aaron took his tally to nine goals in a 1-0 win against Norwich City before he scored a superb long range goal in a 2-0 victory over Liverpool FC.

The goals kept coming for Aaron following a header in a 1-0 win against Borussia Dortmund in the Champions League before he bagged a brace in a 3-0 victory at his former club Cardiff City.

Ramsey suffered a thigh problem in late December to rule the Welshman out of action for three months.

He didn’t return to the Arsenal side until a 3-0 loss at Everton in April. Aaron scored three goals in his final four games in all competitions to end the season on a high note.

Indeed, Ramsey scored in a 3-2 win over Hull City in the FA Cup final at Wembley. 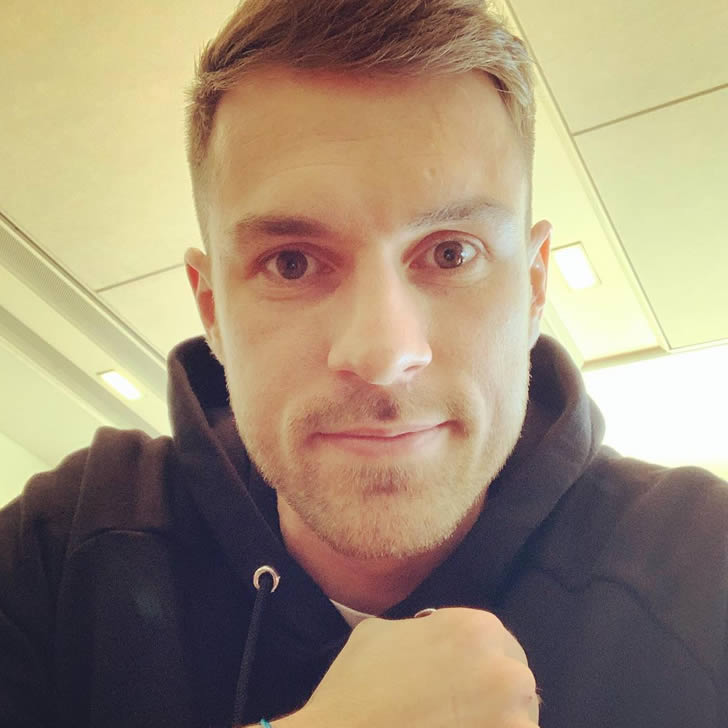 The Welshman netted in a 3-0 win against Manchester City in the Community Shield at Wembley months after their FA Cup success.

Ramsey scored the winner in Arsenal’s 2-1 victory over Crystal Palace in their opening Premier League game of the campaign.

However, he went on a long goalless streak before the midfielder found the net in a 3-2 loss to Stoke City at The Britannia in December.

Arsenal limped out of the Champions League at the round of 16 despite his best efforts to trigger a comeback in the second leg with a goal at Monaco.

Ramsey didn’t score in the Premier League until a 3-0 win at Watford in October 2015.

He netted goals in quick succession following strikes against Sunderland and Aston Villa in December.

Aaron overcame an injury problem to finish the season with six goals and five assists in 42 games in all competitions.

Aaron was in and out of the Gunners team in the opening three months of the season.

His first goal came in a 2-1 win against Preston North End in the FA Cup third round. Ramsey scored in 5-0 victory over non league Lincoln City in the last eight.

The Welshman finished the season on a positive note with the winner in a 2-1 victory over Premier League champions Chelsea in the FA Cup final.

Aaron netted Arsenal’s third goal in a thrilling 4-3 victory over Leicester City in the opening Premier League game of the season.

His next goal came in a 5-2 win at Everton before finding the net in their next fixture against Swansea City at the Liberty Stadium.

Ramsey struggled with some fitness problems during the festive period.

However, the Welshman scored his first hat-trick in a 5-1 win against Everton at The Emirates in February 2018.

The midfielder was much loved by Arsenal fans and many supporters were disappointed to see the club let him leave to join Juventus in the summer of 2019.

On 11 February 2019, Juventus announced that Ramsey had signed a pre-contract agreement for the midfielder to join them in the summer of 2019 on a four-year contract.

The midfielder is understood to have netted a salary of £400,000 a week with the Serie A side.

Ramsey scored his first international goal against Liechtenstein in their World Cup qualifier.

Gary Speed appointed Aaron as permanent Wales captain in March 2011. He was the youngest-ever player to captain the country.

Ramsey was one of five Wales players to feature for Team GB at the 2012 London Olympics. He scored in a 1-1 draw with South Korea in the quarter-finals.

Ramsey married his childhood sweetheart Colleen Rowlands at Caldicot Castle in Monmouthshire, Wales in June 2014. They have three children together.

When Ramsey agreed his move to Juventus from Arsenal in 2019, he was widely reported to have signed a contract worth around £400,000 per week before tax. 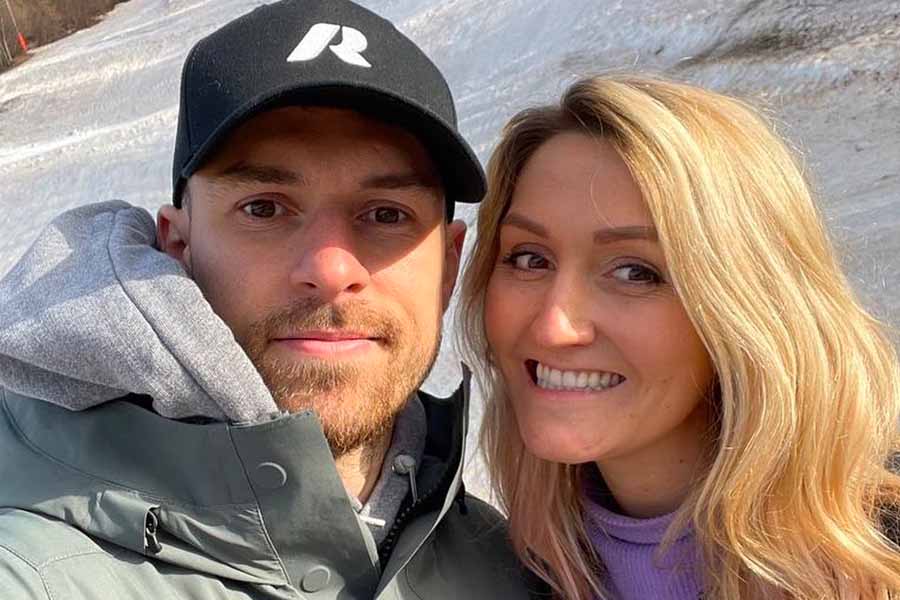 Aaron Ramsey – Did You Know?

• Ramsey is known by the nickname, ‘Rambo’. He earned the nickname in his early teens for his combative style of football.

• The Welsh midfielder was named Arsenal’s player of the season for his performances in the 2013-14 campaign.