By The Sport Review
Updated on Monday 11 July 2022 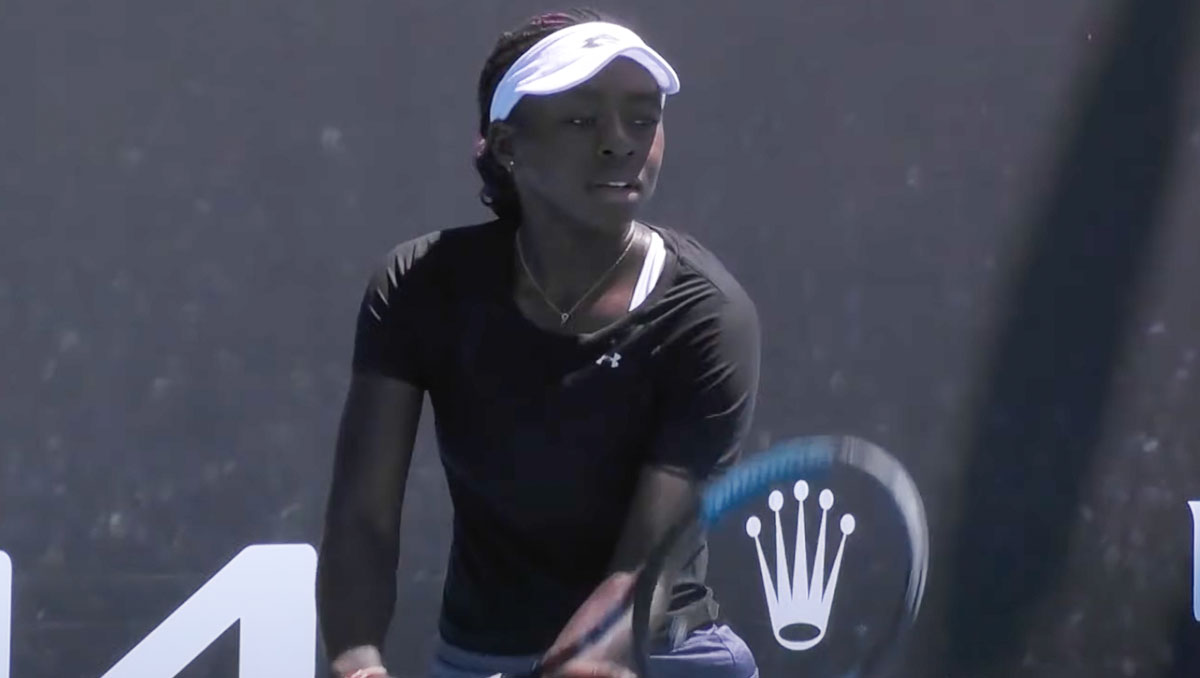 Angella Okutoyi is a Kenyan tennis player. In 2022, she became the first Kenyan to win a Wimbledon title as she and Dutch partner Rose Marie Nijkamp won the girls’ doubles.

Okutoyi and her twin sister were raised by their grandmother after their mother died in childbirth.

She began playing tennis when she was around four years old made her debut on the ITF junior tour back in 2020.

Okutoyi enjoyed something of a breakthrough in her career in the summer of 2022, when she and her Dutch partner Rose Marie Nijkamp won the girls’ doubles title at Wimbledon.

She and Nijkamp triumphed at SW19 despite Okutoyi having never played on grass before the summer of 2022.

So, what do we know about Okutoyi’s journey so far to becoming the promising player she is today? This is her story.

Angella Okutoyi was born on 29 January 2004 in Kenya. She and her twin sister Roselida were both raised by her grandmother Mary after their mother died in childbirth. Angella and her sister spent time in an orphanage in Nairobi before being raised by their grandmother.

She began playing tennis when she was around four years old and made her debut on the ITF junior circuit back in 2020.

“I loved it [tennis] from the first go,” said Okutoyi. “I knew this is my sport. It has been really hard. Growing up wasn’t the easiest for me. Sometimes we had to sleep without eating. It really strengthened me.” 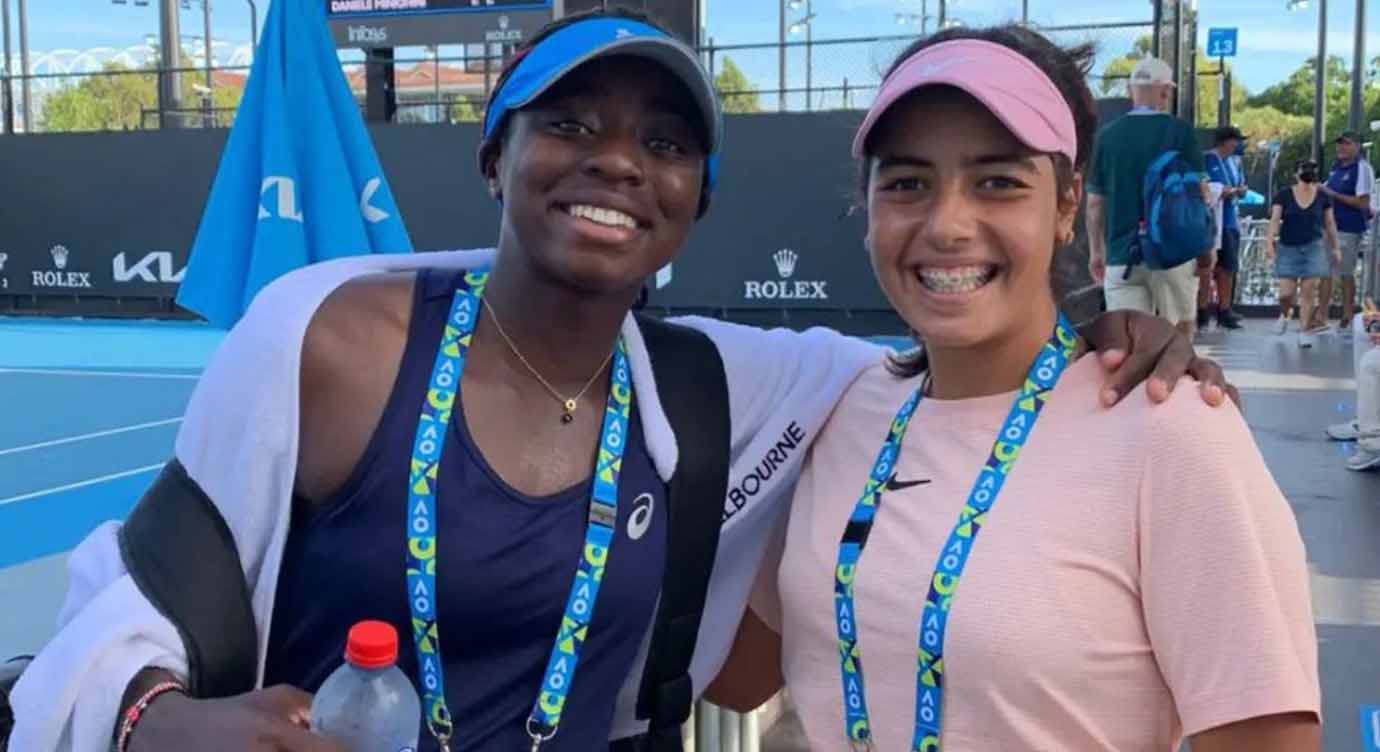 Angella showed signs of promise as a young player while working with coaches Joe Karanja and Allan Atola at Loreto Convent Valley Road, a primary school in Nairobi.

“She came to me at four years old and the first lesson I gave her was ability to focus,” said Atola. “Even though the racket was almost as big as her, I had her take the ball right off the bounce and she did it so easily, it was innate timing. You can teach people timing, but it can be hard to take in.”

In 2014, when she was 10 years old, Angella joined the ITF East Africa Regional Training Centre in Burundi in a tennis-sponsored scholarship and made her international debut the same year at the East Africa Zonal Championships.

Angella says that she looks up to former world number one Serena Williams and Tunisia’s Ons Jabeur as two of her main tennis idols.

“Serena Williams’s story is inspiring,” she said back in 2020. What she has achieved throughout her career is unbelievable. Her determination and hard work year in year out is what keeps me going.”

“To play at the Australian Open, US Open or Wimbledon will be a milestone for me and I am working really hard to achieve this. Furthermore, I would love to be among the top 100 ranked players in the ITF,” she said. 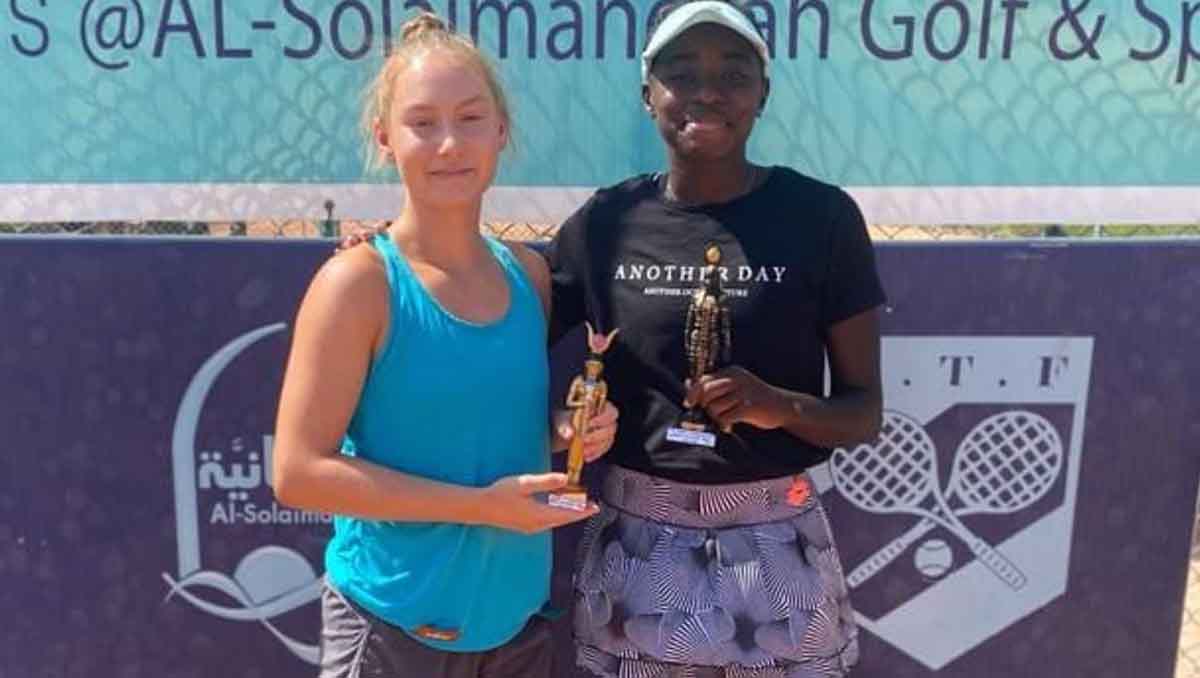 On Jabeur, Angella added: “She’s an inspiration to Africa, to the Arab world and to Tunisia. She has a great personality and has inspired a lot of people and I hope to be like her one day.”

In 2018, when she was 14 years old, she became the youngest player to win the Kenya Open after upsetting three-time former champion Shufaa Changawa 6-1 7-6 at Nairobi Club.

Reflecting on the triumph, Angella said: “It was magical. I cannot explain the feeling since I had achieved something that not many athletes have done at that young age. All in all, it was belief and hard work that propelled me to victory.” 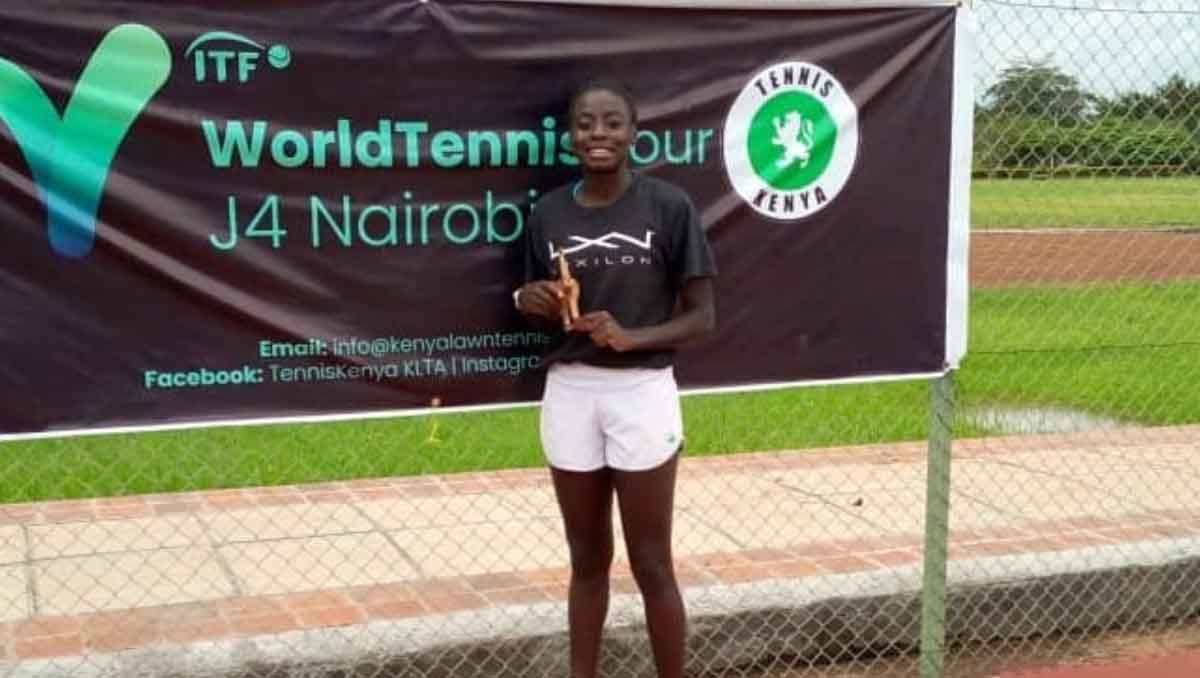 She then reached round two of the junior French Open, where she lost to Petra Marcinko in two sets.

Despite having never played on a grass court before the summer of 2022, Angella and her partner Rose Marie Nijkamp won the girls’ doubles crown at Wimbledon. The pair beat Canadians Kayla Cross and Victoria Mboko 3-6 6-4 11-9 to claim the title.

In doing so, Angella became the first Kenyan to win a Wimbledon title.

“It’s great for me to be the first Kenyan to win a Grand Slam and to reach a final in a Grand Slam,” Okutoyi told BBC Sport Africa after the win. “I’m now able to inspire most players from Kenya and Africa. I’m able to put a belief in them that they can also achieve it.

“It doesn’t matter the background you come from or where you’ve been, it’s just the belief and the dream that you can achieve it. Now I believe that we’ll have more Kenyans here for sure.”

As of July 2022, Angella had a career-high junior ranking of 53 in the world. 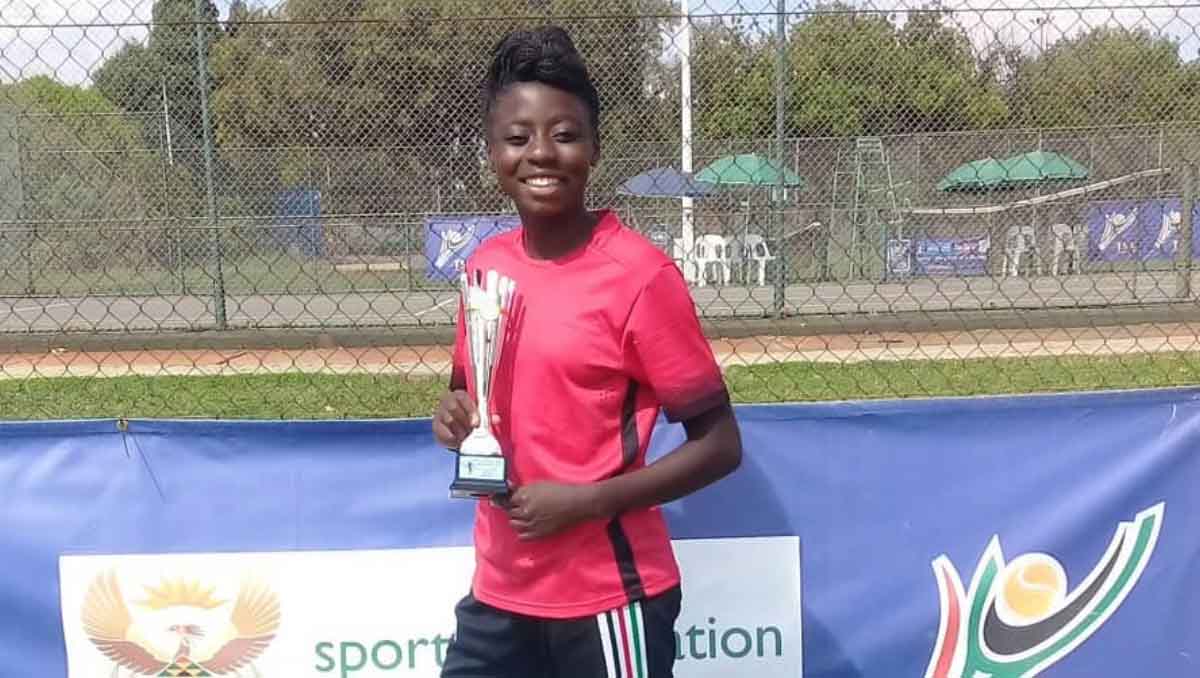 Angella says that she tries to keep a positive mindset to help her make progress in her career.

“I have a philosophy and it is that a negative mind will never give you a positive life – that’s all I usually say when I want to inspire the young kids,” she explains. “They just have to believe in themselves more than anything else.”