By The Sport Review
Updated on Monday 21 March 2022 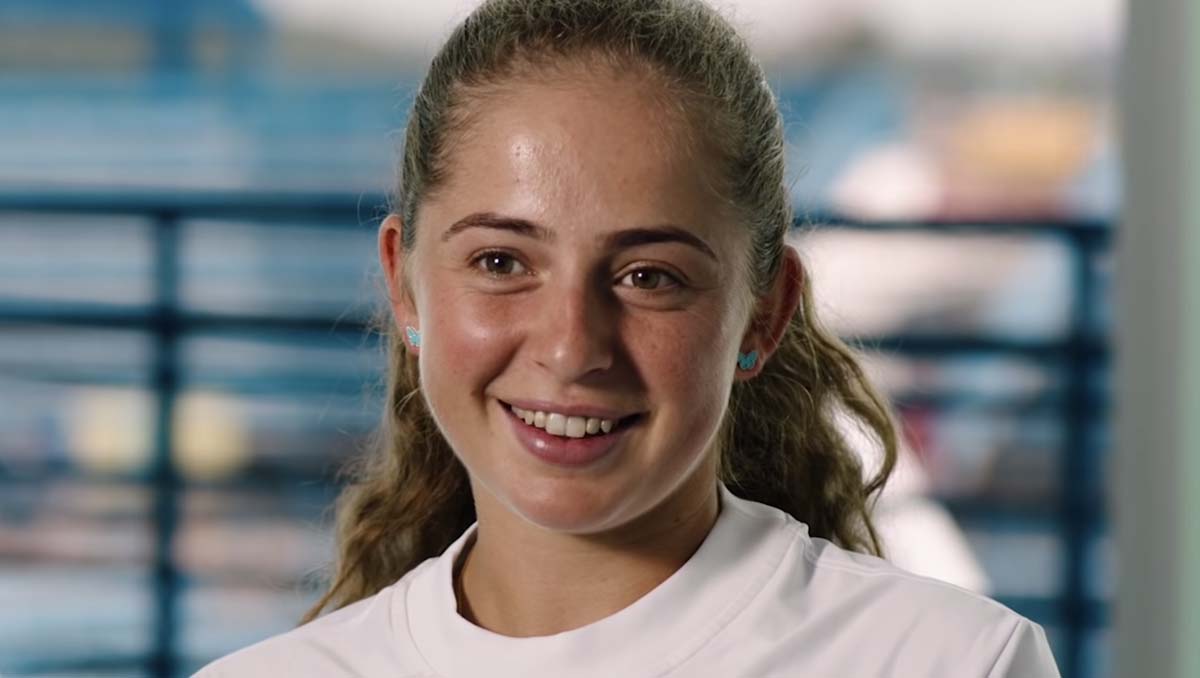 Jelena Ostapenko is a Latvian Tennis Player tennis player. She won the French Open singles title in 2017 at the age of 20.

Jelena was introduced to tennis when she was five years old by her mother, who was also her first coach.

She began focusing on tennis aged 12 and enjoyed a promising junior career, winning the Wimbledon Girls’ Singles title in 2014.

Jelena soon made her WTA Tour debut and continued her impressive progress, culminating in her extraordinary success to win the French Open singles title in 2017.

The unseeded Ostapenko fought back to defeat pre-tournament favourite Simona Halep in the final in Paris to claim the trophy at just 20 years old.

Ostapenko has continued her impressive development since then and has gradually climbed the WTA Rankings.

So, what do we know about Jelena’s journey towards becoming the talented tennis player she is today? This is her story.

Jelena Ostapenko was born on 8 June 1997 in Riga, Latvia. She is the daughter of former footballer Jevgenijs Ostapenko and Jeļena Jakovleva. Ostapenko’s father played professional football for FC Metalurh Zaporizhya in the Ukrainian city of Zaporizhia.

She was introduced to tennis when she was five years old by her mother, who was also her first coach, and she looked up to Serena Williams as one of her tennis idols while growing up and developing her game.

Jelena was also a talented dancer, and competed in the National Latvian Championships for Ballroom Dancing, before deciding to focus on tennis when she was around 12 years old.

“When I was five years old, I started to play tennis,” Ostapenko explained in an interview in 2016. “At the same time, I did ballroom dancing for, like, seven years professional. I could dance like 10 dances. 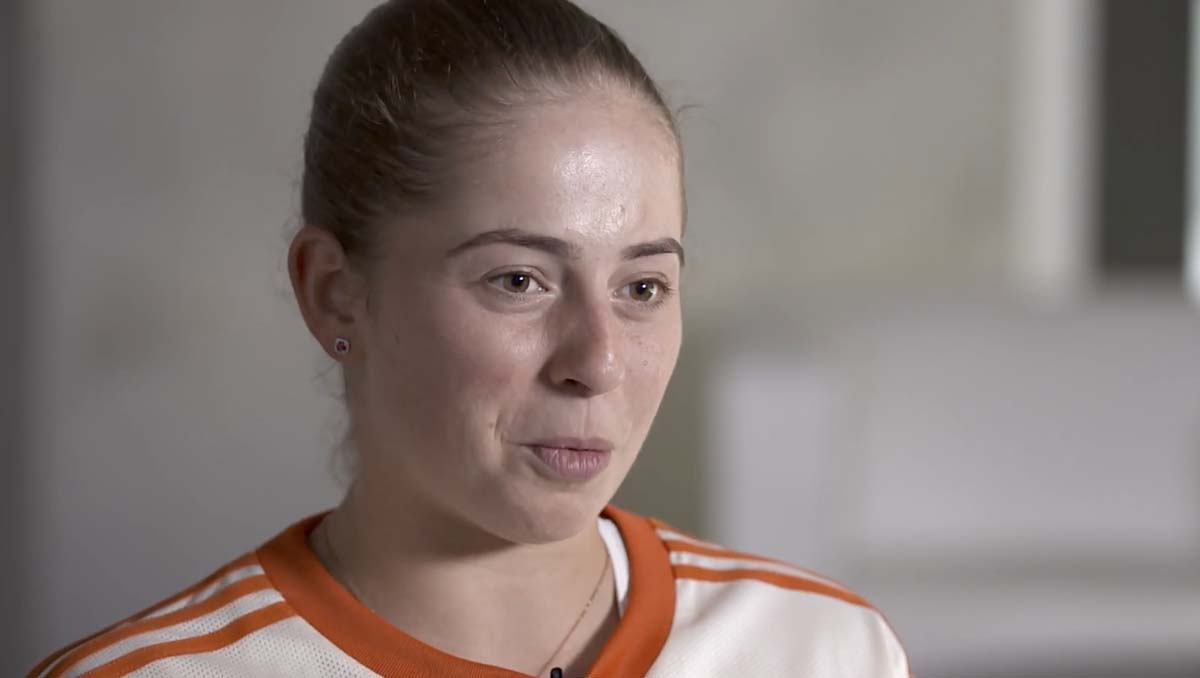 “But then I had to chose one, like, tennis or ballroom dancing. I chose the tennis because I liked it more and I had better results.”

Jelena enjoyed a promising career as a junior player. Her spell on the junior tour culminated in her winning the 2014 Girls’ Singles title at Wimbledon, defeating Slovakia’s Kristina Schmiedlova 2-6, 6-3, 6-0 in the final.

Speaking after her win at Wimbledon, she said: “I love everything here because I think it’s one of the best Grand Slams. The atmosphere here is really nice, the people are really nice, also the grass courts. That everyone is playing in white clothes. I think it looks really nice.

“Maybe, after winning junior Grand Slam, I will try to improve my ranking in the WTA and try to, in the end of the year, be maybe top 300, 200 in the WTA.”

The following year, in 2015, Ostapenko made her main-draw debut at Wimbledon and defeated Carla Suarez Navarro in the first round before losing to Kristina Mladenovic in round two at SW19.

Ostapenko continued her rise up the rankings in 2016, reaching the first Premier-5 final of her career in Qatar, losing to Carla Suarez Navarro in the showpiece. At this point, she had reached a career-high ranking of 41 in the world.

In 2016, she lost in the first round of all four of the major grand slams.

However, 2017 was to be a breakthrough year for Ostapenko. She reached the third round of the Australian Open – her best performance in a grand slam at that point – losing to Karolina Pliskova.

She then followed that up with a fairytale run at the French Open in Paris.

Ostapenko beat third-seeded Simona Halep 4-6 6-4 6-3 in the final to claim the 2017 French Open title at the age of 20 and cap a remarkable run of victories.

“I cannot believe I am champion at 20 years old,” Ostapenko said after her triumph in Paris in 2017. “I love you guys. It’s so amazing to be here. 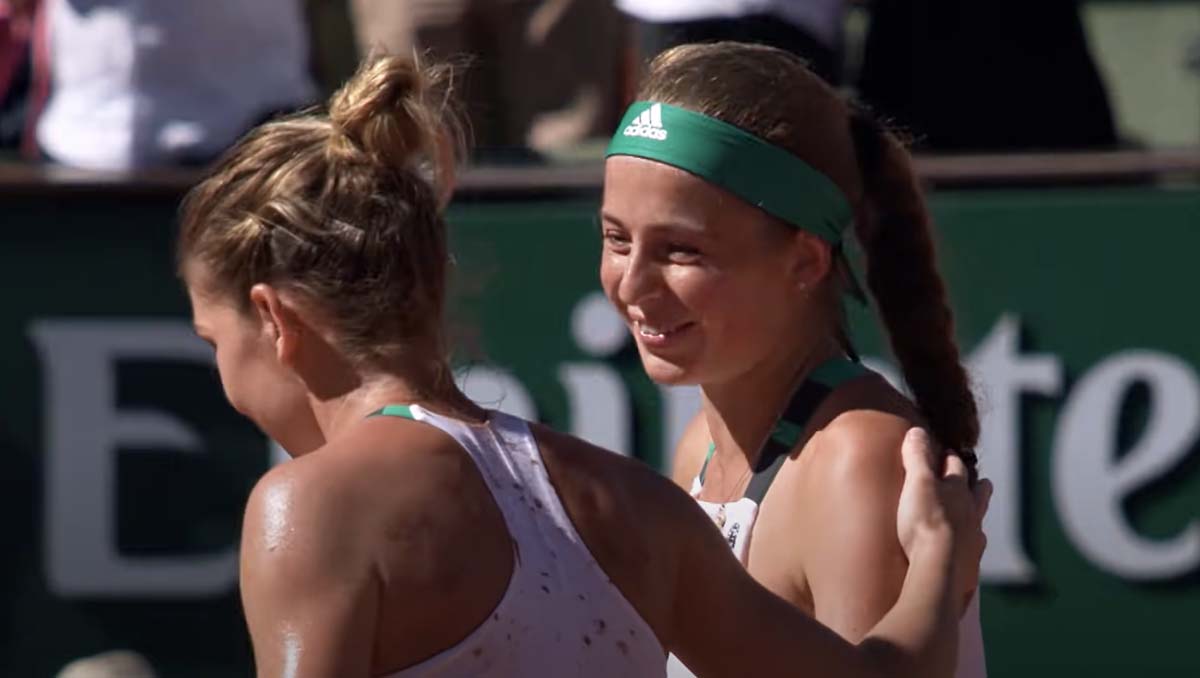 “I have no words, it is my dream. I’m so happy. I knew Simona was a great player, but I tried to play aggressively and everything turned my way. I fought for every point. I’m glad it finished my way.”

“I felt a little bit nervous,” added Ostapenko, who at the time was the first woman since Jennifer Capriati in 2001 to win the French Open after losing the final’s opening set. “But then I felt: ‘I have nothing to lose, so I’m just going to enjoy the match and do my best.”

She followed up her win in Paris by winning the WTA title at the Korea Open in Seoul in September 2017, beating Beatriz Haddad Maia in the final.

Her next title came in Luxembourg in 2019, beating Julia Gorges in the final.

In June 2021, Ostapenko won the fourth title of her career when she beat Anett Kontaveit of Estonia 6-3, 6-3 to become the just the third wildcard to win the tournament. 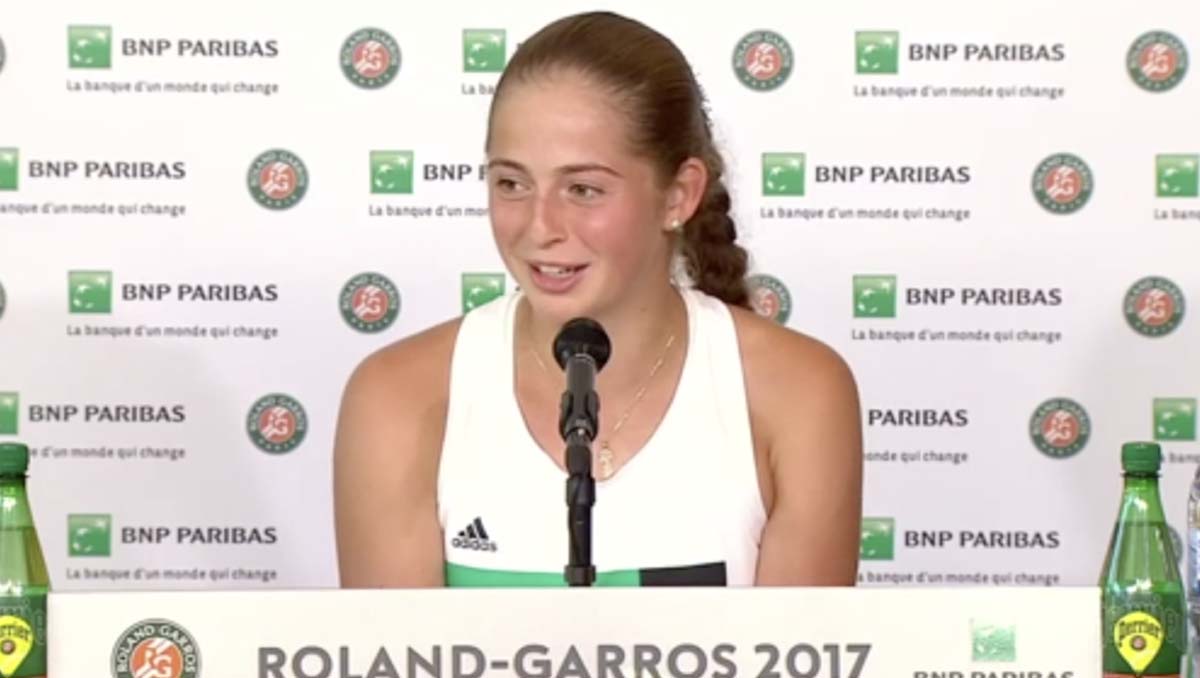 Ostapenko claimed her fifth career title at the WTA 500 event in Dubai in February 2022. She beat Veronika Kudermetova 6-0, 6-4 in the final to seal a win which moved her up to number 13 in the world rankings.

Away from the court, Jelena enjoys spending time with family and dog, listening to music and going out with friends.

Her father sadly passed away in 2020, and Jelena shared a tribute to her dad on social media at the time. Posting on Instagram on 12 January 2020, Ostapenko wrote a message to her late father: “I know that you were there since day one.

“Unfortunately, life can take away your loved ones… You realise what you miss the most when it’s not there anymore. So don’t hesitate on saying good words and spending time together while you can because nothing can be taken for granted. You will always be in my heart, dear dad. Love you forever!”

Reflecting on her mindset on the court in an interview in 2019, Ostapenko said she was working on keeping her emotions in check while things don’t go her way. 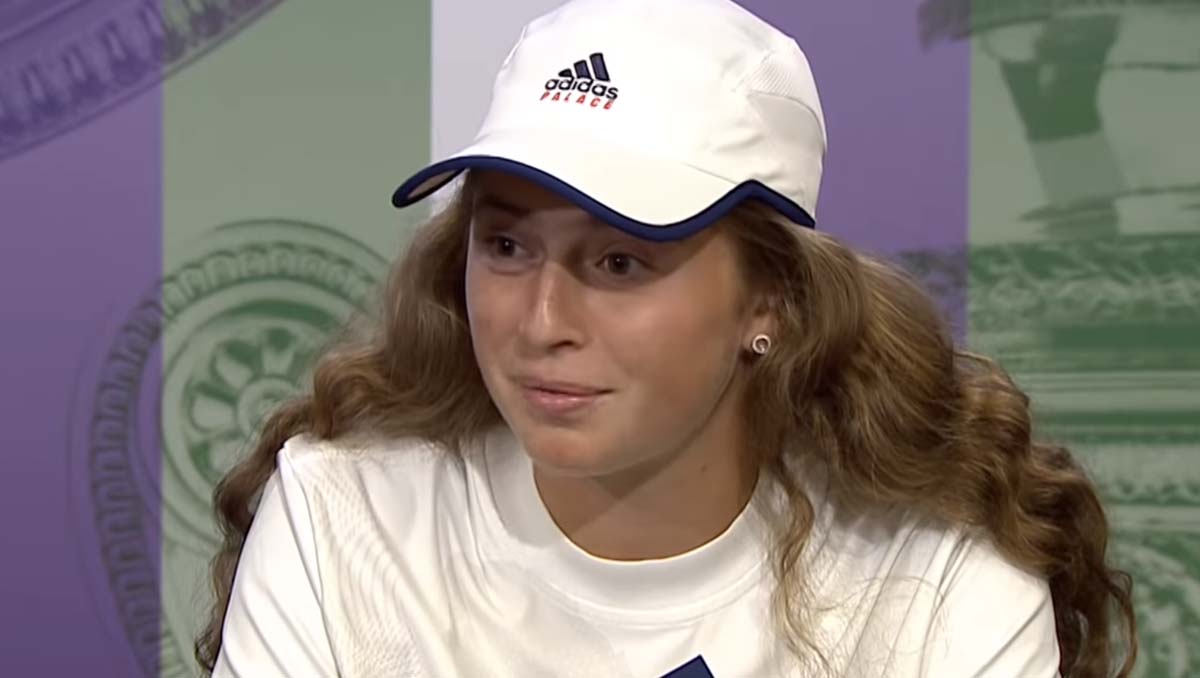 “I’m a very positive person in life, but on court I can become very negative sometimes because if things don’t go my way I become very angry at myself and start showing some negative emotions which are not good for me,” Jelena explains.

“You sometimes understand that if you keep all of the emotions inside, it’s also not going to work for you because at some point you’re going to just crash. I’m working on myself and just trying to find the ‘neutral’ for me.”

Simona Halep, speaking after her defeat by Ostapenko in the 2017 Roland Garros final: “I’m sad I couldn’t win it, but it was a great experience. Now I want to congratulate Jelena – it’s an amazing thing. Keep it going because you are only a kid.”