By The Sport Review
Updated on Monday 1 November 2021 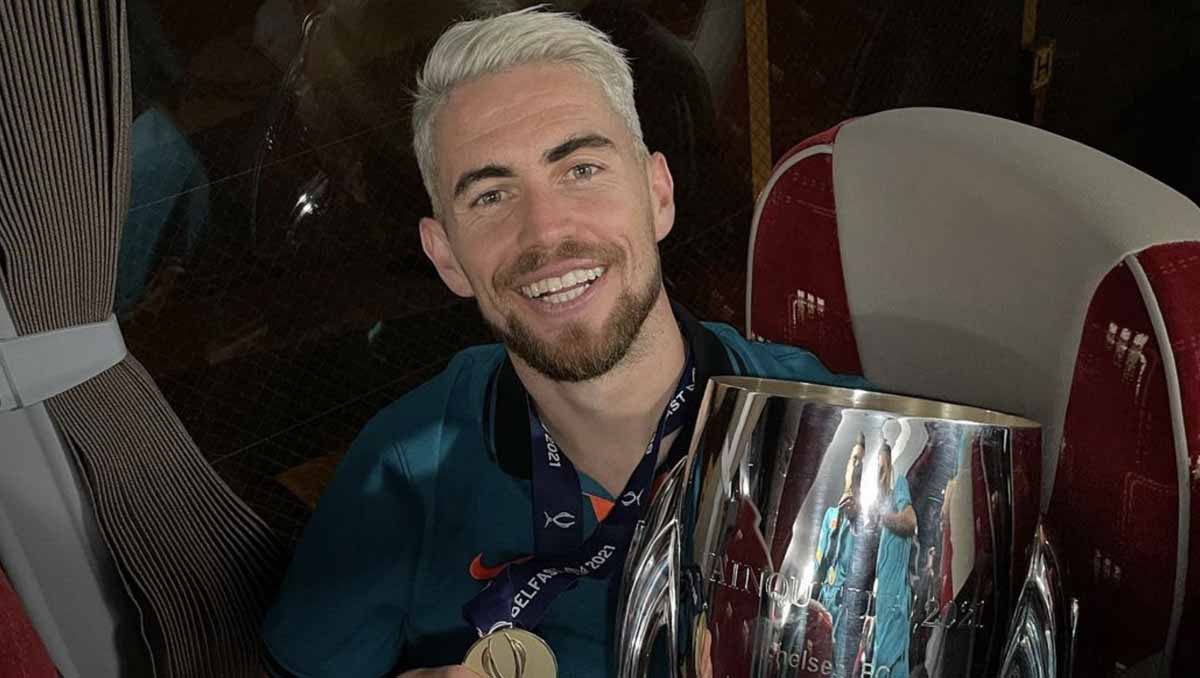 Jorginho is an Italian footballer who plays as a midfielder Premier League club Chelsea FC.

The Brazilian-born midfielder started his professional career as a youth player at Hellas Verona before he was loaned out Serie C2 side AC Sambonifacese.

Jorginho spent three seasons in the Hellas Verona first-team and the Italian midfielder helped the club to achieve promotion to Serie A in the 2012-13 season.

He moved to Napoli in a co-ownership deal with Hellas Verona in a four-and-a-half year contract.

Jorginho scored six goals in 160 appearances in five seasons at the Naples club to become a firm fans’ favourite.

Chelsea FC then signed Jorginho in a £57m deal from Napoli on 14 July 2018 to start a new chapter in the Premier League.

Jorginho received his first call-up to the Italian national team after the midfielder expressed his desire to represent Azzurri instead of Brazil.

Jorginho (full name: Jorge Luiz Frello Filho) was born in Imbituba in the Brazilian state of Santa Catarina in Brazil on 20 December 1991.

He moved to Italy at the age of 15. With his grandparents being Italian, the midfielder was able to secure Italian citizenship.

Jorginho started his career as a youth player at Hellas Verona. In June 2010, he was sent out on loan to Serie C2 side AC Sambonifacese.

He impressed during his loan spell with one goal and 10 assists in 31 appearances in a central midfield role.

Jorginho returned from his loan spell at AC Sambonifacese to stake a claim for a first-team spot at Hellas Verona.

He made his Serie B debut in a 1-0 win over Sassuolo in the Italian second division as a second-half substitute.

Jorginho scored his first goal for Hellas Verona in a 3-1 away win at Empoli. 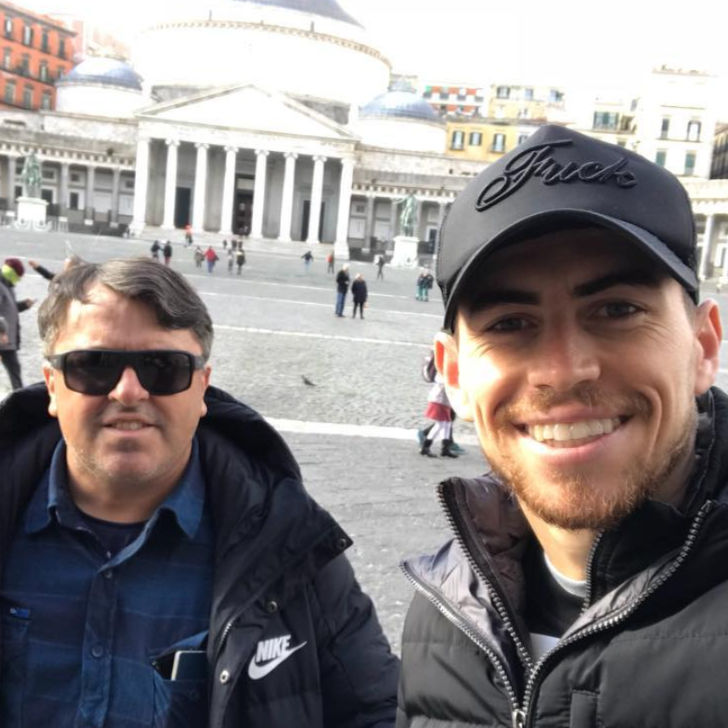 He continued to make his mark for the Serie B club in a 2-0 victory at Livorno on the road. The Brazilian-born midfielder finished with two goals in 15 appearances in Serie B.

Jorginho was limited to nine appearances in his second full season in the Hellas Verona team.

The Italian starlet netted in a 3-1 win against Modena in Serie B. His second goal of the 2012-13 season in a 4-2 victory over Brescia.

Jorginho’s two goals helped Hellas Verona secure promotion to Serie A ahead of the 2013-14 campaign.

Jorginho netted in four successive games in Serie A between September and October.

He scored in a 2-2 draw with Torino and victories over Livorno and Bologna. Jorginho netted two goals in the same games for the first time in a 3-2 win against Parma.

Jorginho was impressive form in December with goals against Fiorentina and Atalanta. He made two assists in a 4-1 win over Lazio.

Following his impressive form in Serie A for Hellas Verona, Jorginho began to attract interest from some top European clubs. 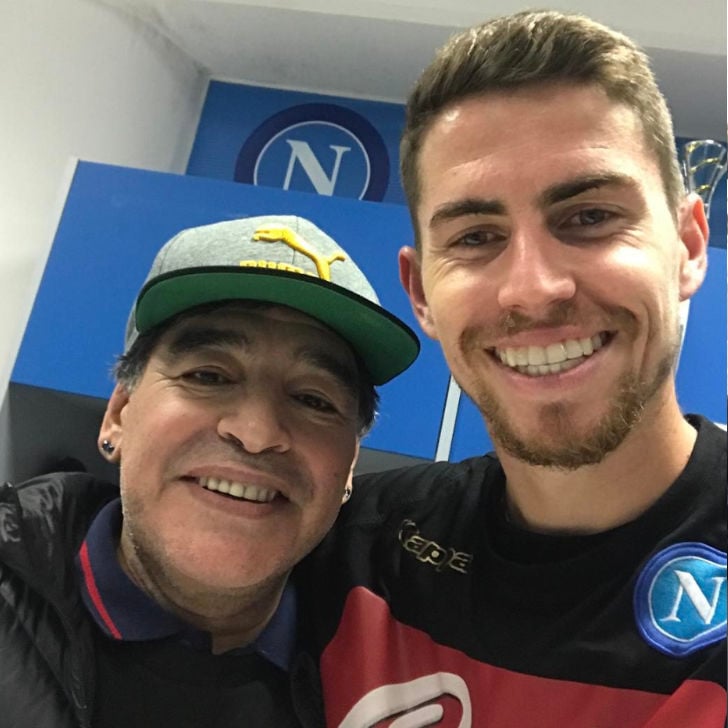 Napoli signed Jorginho in a co-ownership deal with Verona for four-and-a-half seasons.

The Italy star netted his first goal for Napoli in a 3-0 win over AS Roma in the Coppa Italia.

He finished the 2013-14 season with one goal and one assist in 19 appearances in all competitions.

Jorginho was a squad member throughout the 2014-15 season but the Brazilian-born midfielder struggled to hold down a regular starting spot. He made 30 appearances in all competitions in his first full campaign in Serie A.

Jorginho made two assists in Napoli’s 5-0 win over Belgian side Club Brugge in the Europa League on 17 September 2015.

The Brazilian-born midfielder got his first taste of the Champions League in a 2-1 win over Ukrainian side Dynamo Kyiv. He went on to make further European appearances against Benfica and Bestikas.

He made 27 appearances in Serie A to underline his continued importance to Napoli.

The Italy international attracted interest from Liverpool FC and Manchester City in the 2017 summer transfer window.

However, he ended up staying in Italy. Jorginho scored his first Champions League goal in a 2-0 win over Ligue 1 side Nice to help the Italian side reach the group stage.

Jorginho scored his second goal in a 4-1 loss to Premier League side Manchester City. The holding midfielder netted in a 1-0 victory over Udinese in Serie A in November.

His final season at Napoli resulted in three goals and four assists in 34 games in all competitions in the 2017-18 campaign.

After speculation about his future, Jorginho completed a £57m move to Chelsea FC from Serie A giants Napoli in the 2018 summer transfer window.

The move was confirmed by Chelsea FC on 14 July 2018, and Jorginho could not hide his delight at completing the switch to the south west London club.

“I am absolutely ecstatic to be here at Chelsea,” Jorginho said after signing for the Blues. “It is not easy to become part of such a big team so I am very, very happy. I am excited to play in such an intense league for a team that gives everything to play and win.”

The Italian midfielder initially put pen to paper on a five-year contract to ensure his stay until 2023. Jorginho was handed the number five shirt at Stamford Bridge.

Manchester City were reported to have missed out on a deal to sign Jorginho despite the Citizens agreeing to a fee with Napoli.

He made his Premier League debut against Huddersfield Town on 11 August 2018 and scored his first goal for the Blues in the same game when he netted a penalty, the second goal of the game. 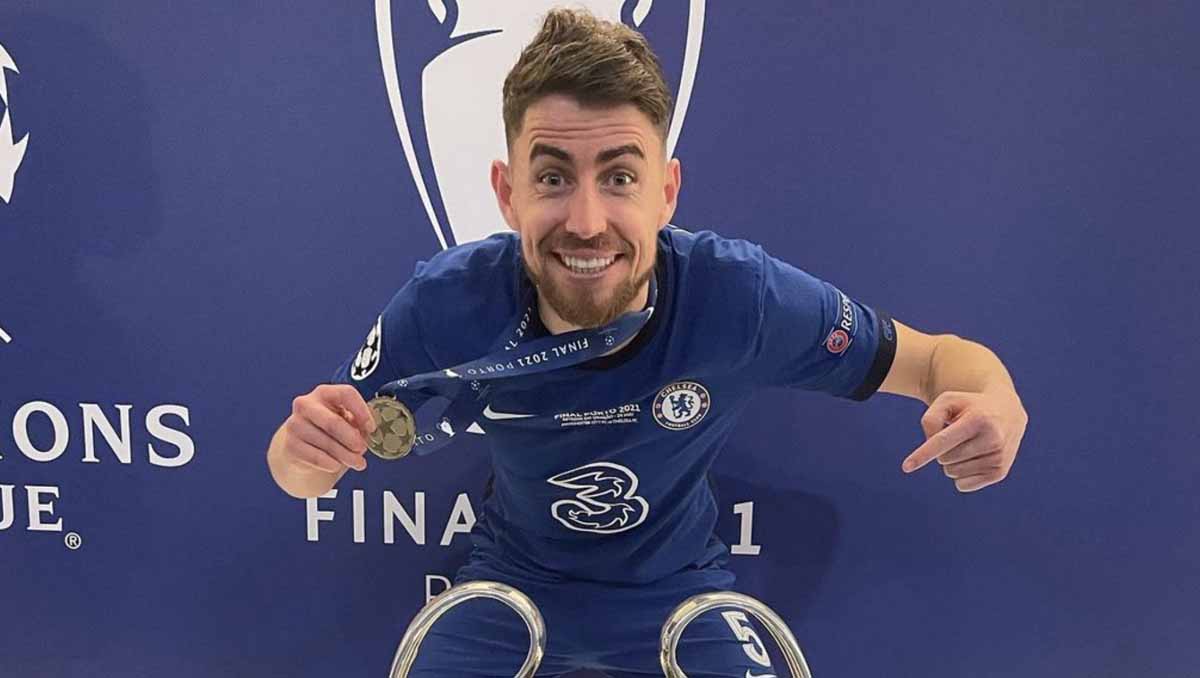 Jorginho holds both Brazilian and Italian passports, however he opted to represent Italy at international level.

He made his Italy debut in a 1-1 draw with Spain at the Stadio Friuli in Udine.

Jorginho missed out on a place in Antonio Conte’s squad for the European championship in 2016.

He made his competitive debut for Italy against Sweden in a goalless draw in a World Cup play-off in November 2017.

At Euro 2020, made seven appearances for Roberto Mancini’s Italy side as they claimed the title, triumphing over England on penalties in the final at Wembley. His fine form for club and country in 2020-21 earned him a nomination for the Ballon d’Or award.

“It’s incredible,” Jorginho said after Italy’s triumph over England in the Euro 2020 final. “It’s hard to find the words to explain my feelings right now because I’m so grateful, I’m so, so, so happy. It has been a long way and to have this feeling with this group, with all these people is just amazing.” 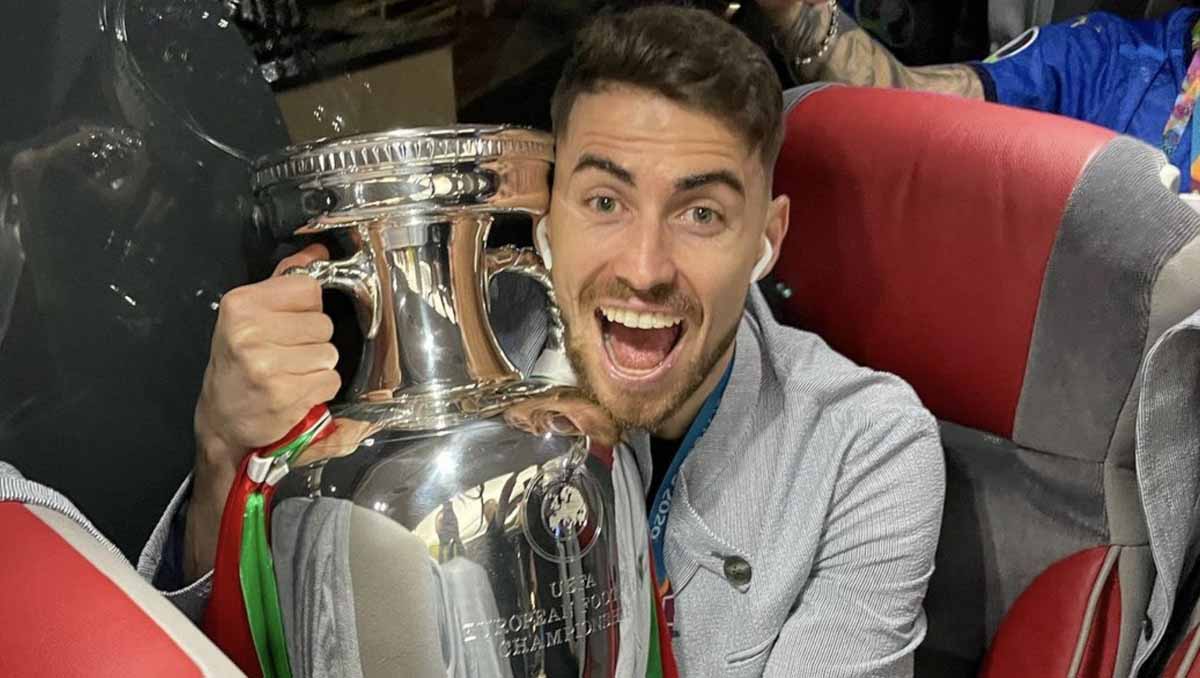 Jorginho has two children from his previous marriage to Natalia Leteri, who was his wife of eight years.

His childhood idol was reportedly the Romanian player Gheorghe Hagi – and Jorginho has credited his mother with helping to inspire his love of football.

Jorginho – Did You Know?

• The Italy international won the Coppa Italia in 2013-14 and Supercoppa Italiana in 2014.

• The Italian is an expert penalty taker and has a great conversion rate from the spot.

• Jorginho joined Napoli from Verona in January 2014 in a deal worth £8.55m. Napoli made a significant profit when Jorginho completed his reported £57m move to Chelsea FC.