The playmaker started his professional career at Real Madrid but Mata moved to La Liga side Valencia in 2007.

Juan’s impressive form for the Spanish club earned him a move to the Premier League after Chelsea paid £23.5m for the attacker.

The attacker spent two and a half seasons at Stamford Bridge before Manchester United broke their transfer record to sign Mata in a £37.1m deal.

While Mata has enjoyed great success at club level, the midfielder has won two major tournaments with the Spanish national team.

He was part of Spain’s squad that won the World Cup in South Africa in 2010 before la Roja won the European championship two years later.

Mata was part of Real Madrid’s Castilla Academy and finished the 2006-07 season as their second-highest goal-scorer behind Alvaro Negredo. 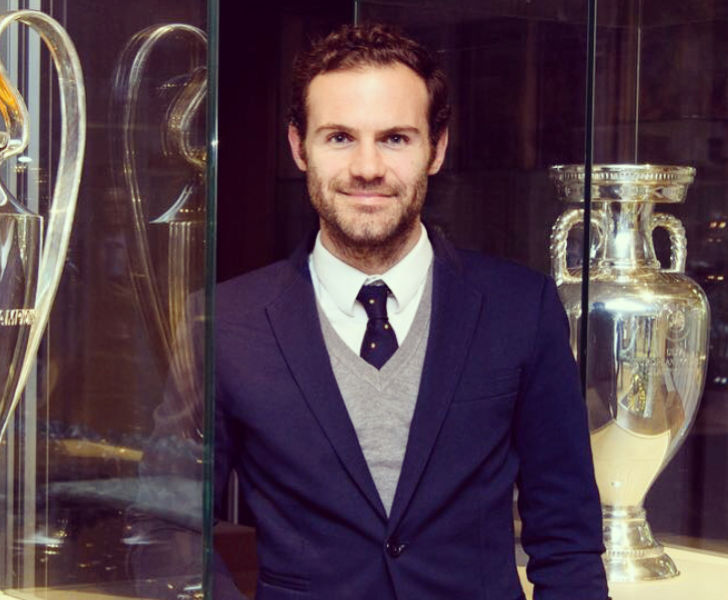 Mata managed to break into the Valencia first team during his first season at los Che at the tender age of 19 under manager Ronald Koeman.

His first significant contribution came when Juan scored twice in Valencia’s Copa del Rey semi-final win against Barcelona. Mata scored Valencia’s opener in a 3-1 win against Getafe in the final to secure his first piece of silverware.

Mata grew in importance to Valencia during the 2008-09 season. He scored in a 3-2 win against his former club Real Madrid in the first leg of their Spanish Super Cup. However, los Che went on to lose 6-4 on aggregate.

He finished the season with 11 goals and 13 assists in 37 league appearances to finish the season as La Liga’s second-best creative playmaker behind Barcelona legend Xavi.

Mata got some vital European experience under his belt in the 2009-10 campaign as Valencia reached the Europa League quarter-finals before losing to domestic rivals Atletico Madrid.

Valencia qualified for the 2010-11 Champions League campaign and Mata featured in the competition with one goal and three assists in seven games.

His performances at the Spanish club attracted interest from the Premier League after the World Cup winner netted eight times and created 12 goals in 33 games. 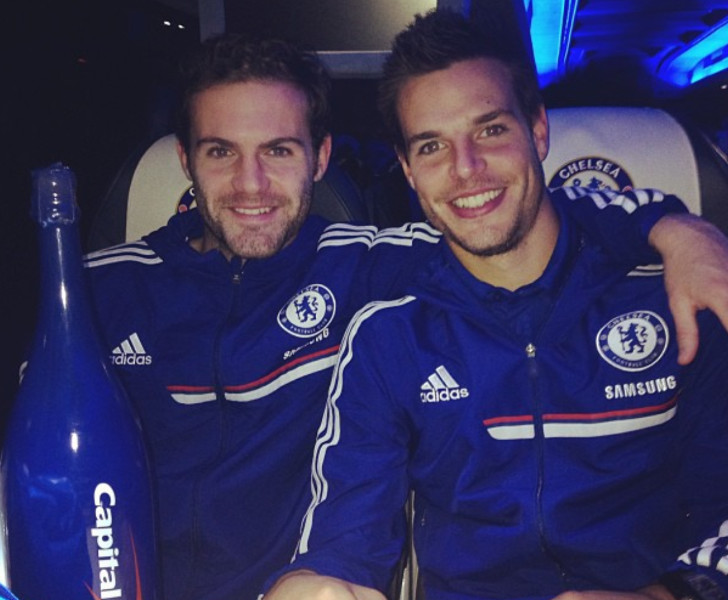 The Spanish midfielder signed a five-year contract with the west London side. Israeli midfielder Yossi Benayoun vacated the No10 shirt to ensure Mata got to wear his favourite number at Stamford Bridge.

Juan made his debut from the bench after he scored Chelsea’s third goal against Norwich City at Stamford Bridge on 27 August 2011.

Mata scored on his first appearance in the Champions League in a Chelsea shirt following his stoppage-time goal in a 2-0 win against Bayer Leverkusen.

He was pitted against his former club Valencia in the European competition. Mata made two assists for Didier Drogba to secure a 3-0 win and book their place in the round of 16.

The playmaker scored against Portsmouth, Queens Park Rangers, Birmingham City, Leicester City and Tottenham Hotspur en route to the FA Cup final. While Mata didn’t find the net in the final, he was named man of the match in Chelsea’s 2-1 win over Liverpool.

Juan played an important role in Chelsea’s remarkable Champions League journey. He featured in both legs of Chelsea’s shock 3-2 aggregate win against Barcelona in the last four.

Mata scored from the spot in the west London side’s penalty shootout win over Bayern Munich in the Champions League final after he created Didier Drogba’s equaliser in normal time at the Allianz Arena.

He finished his first season in English football with 12 goals and 20 assists in 46 games in all competitions.

Mata opened his account for the 2012-13 season with a goal in a 6-0 win against Coventry City in the League Cup. Four days later, the Spanish star netted a brilliant free-kick in a 2-1 win against Arsenal at The Emirates.

Continuing his impressive record in London derbies, Mata scored two goals in a 4-2 win over Tottenham Hotspur at White Hart Lane. He followed up that performance with another super free-kick in a 3-2 loss to title rivals Manchester United at Stamford Bridge.

Chelsea rewarded Mata for his excellent form with a new contract in December 2012.

His 100th appearance for the Blues came in a 1-0 win against West Brom to cap a blistering start to his Chelsea career.

Mata finished the season on a positive note with the winner against Manchester United to help Chelsea secure a top-four finish under interim boss Rafael Benitez.

The World Cup winner provided the assist for Branislav Ivanovic’s winner against Benfica to win the Europa League trophy in Amsterdam in May 2013.

Remarkably, Mata ended the campaign with 20 goals and 29 assists in 64 games across eight different competitions. He won Chelsea’s player of the year for the second successive season.

Mata came off the bench to tee up John Terry for Chelsea’s equaliser in a 1-1 draw with Tottenham Hotspur.

Juan scored his first goal of the season in a 2-0 win over Arsenal in the League Cup third round. 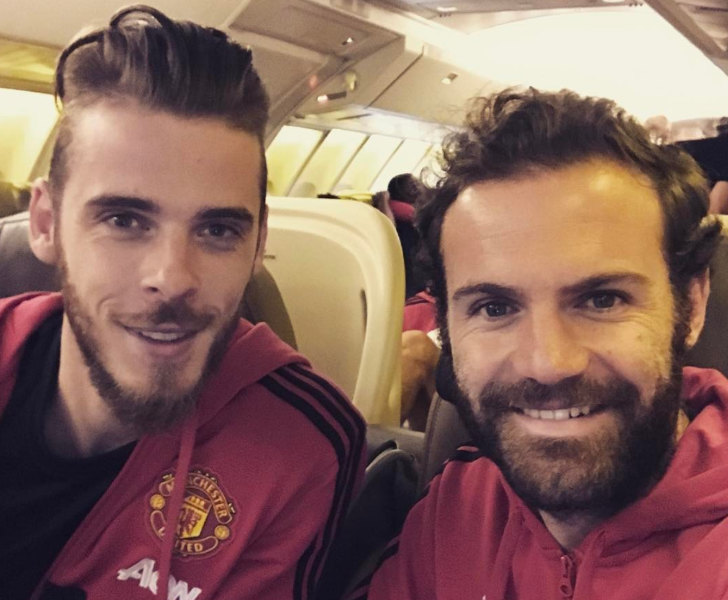 The club record signing signed a four and a half year contract with the Red Devils.

Juan made his debut in a 2-0 win against Cardiff City on 28 January. His first Manchester United goal came in a 4-1 win over Aston Villa.

Louis van Gaal was appointed as David Moyes successor in 2014. The Dutch coach rotated his attacking options throughout his first season.

The highlight of Juan’s campaign came in March when he scored twice in a 2-1 win against bitter rivals Liverpool at Anfield in a man of the match performance.

Mata made a brisk start to the 2015-16 season with two goals and two assists in victories over Liverpool, Southampton and Sunderland to scoop the club’s player of the month award for September.

He received his first red card in a 1-0 loss to West Brom on 6 March.

Mata won the FA Cup with Manchester United in May 2016 after he scored their equaliser in a 2-1 extra-time win over Crystal Palace.

Juan’s former Chelsea manager Mourinho was named as Van Gaal’s succesor in May 2016.

Despite being offloaded by the Portuguese coach at Chelsea, Mata remained at Manchester United and played an important role in the 2016-17 campaign.

In fact, he scored Manchester United’s first Premier League goal of the season in a comfortable win at Bournemouth. Mourinho even made Mata his captain for a goalless draw with Burnley in October.

Mata scored in a 2-0 win over Hull in the first leg of their League Cup semi-final. Manchester United won the competitions thanks to a 3-2 victory over Southampton at Wembley in February.

The Spanish playmaker scored two goals and made one assist in 10 games in the Europa League. The Red Devils were 2-0 winners against Dutch side Ajax in the European final in Stockholm in May 2017.

Mata continued to play an important role under Mourinho in the 2017-18 season. He scored twice in a 2-2 draw with Leicester City on 23 December.

Manchester United decided to extend Mata’s contract by an extra 12 months in January 2018.

He ended the 2017-18 season with three goals and seven assists in 42 outings. 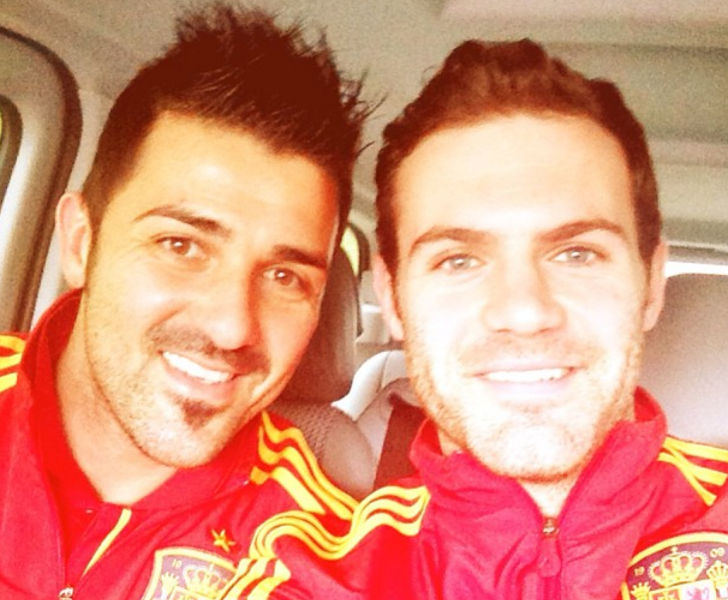 The midfielder got vital major tournament experience at the Confederations Cup in 2009.

Juan opened his Spain account with a goal in a 3-0 victory over Estonia to book his country’s place at the 2010 World Cup.

Mata made one appearance in the tournament as a 70th-minute substitute in Spain’s 2-0 win over Honduras. La Roja won the tournament thanks to a 1-0 extra-time win against the Netherlands in South Africa.

The attacker helped Spain’s Under-21 side to win the 2011 European Under-21 championship before he returned to senior duty 12 months later at Euro 2012.

Mata featured at the 2012 London Olympic Games but Spain failed to make it out of the group stage. 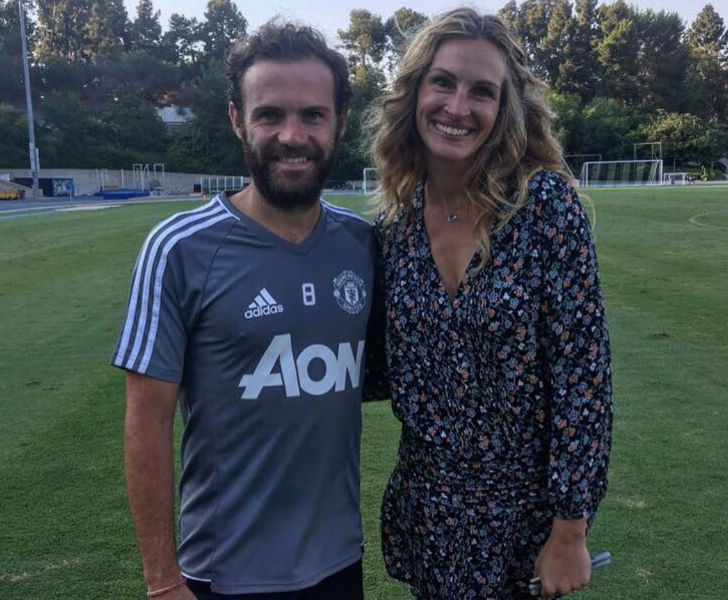 Mata started a pledge-based charitable movement named Common Goal in 2017 that recruited footballers to donate five per cent of their wage to Common Goal.

Despite using social media to communicate with his fans, Mata has rarely referenced his relationship on social networks.

• Juan attended the Olympic Games opening ceremony in London in 2012. He would later feature for Manchester United at West Ham’s stadium.

• Juan owns shares in his boyhood club Real Oviedo despite leaving the club for Real Madrid at the age of 15.

• Mata is studying sports and marketing at university despite his busy schedule with Manchester United.