By The Sport Review
Updated on Friday 23 September 2022 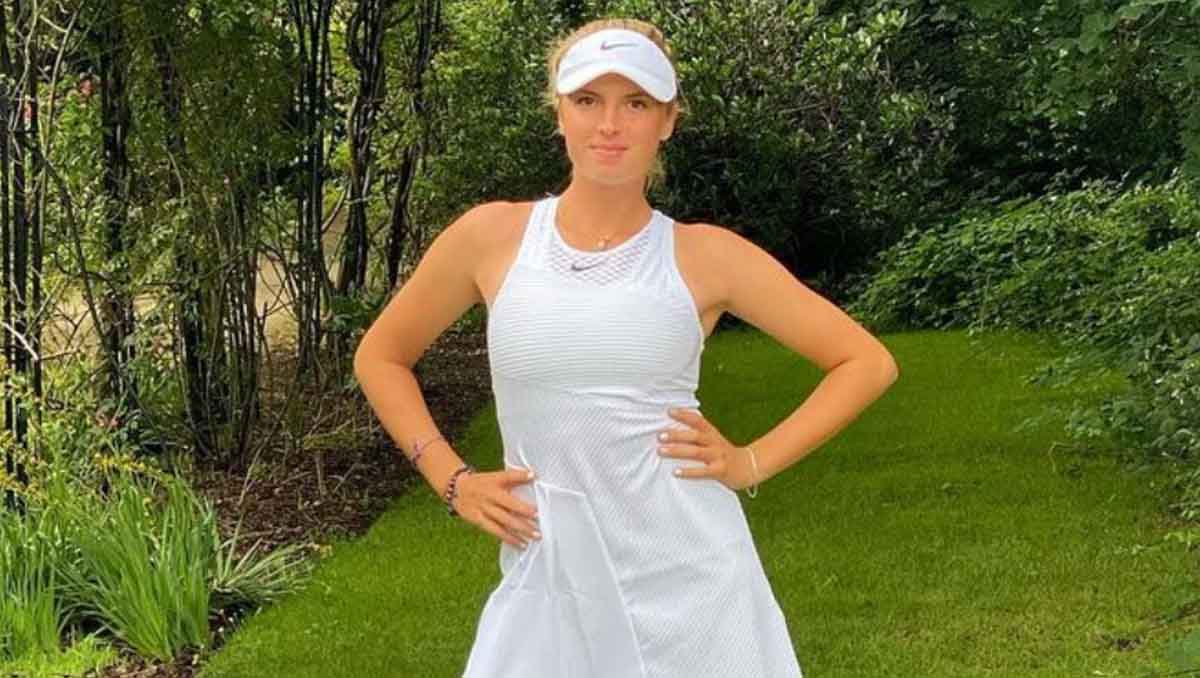 Linda Fruhvirtova is a Czech tennis player. She made her WTA Tour main-draw debut at the Prague Open in August 2020 and won her first WTA title in September 2022 at the Chennai Open.

Born in Prague in 2005, Fruhvirtova made her main-draw Grand Slam debut as a 17-year-old at the 2022 US Open when she came through qualifying in New York.

Fruhvirtova, whose younger sister Brenda is also a tennis player, was a strong junior player and won five junior titles, peaking at number two in the junior world singles rankings in December 2021.

She made her WTA Tour main-draw debut in August 2020 at the Prague Open after being handed a wildcard, before losing in the first round. Fruhvirtova went on to win her first WTA Tour match at the Charleston Open in April 2021.

In August 2022, Fruhvirtova qualified for the main draw of a grand slam for the first time in her career at the US Open in New York. She then won her first WTA Tour title at the Chennai Open in September 2022.

So, what do we know about Fruhvirtova’s journey to becoming the talented and promising tennis player she is today? This is her story.

Linda Fruhvirtova was born on 1 May 2005 in Prague, Czech Republic to parents Martina and Hynek. She has a younger sister, Brenda Fruhvirtova (born in 2007), who is also a professional tennis player.

The pair train with each other and have played doubles together. “We train together sometimes,” Linda said of her sister in 2022. “She’s obviously really good. We play doubles together. I just can’t wait till she’s playing these tournaments too and we can be here together and get these matches together. I think she’ll get here soon.”

Linda is aiming high in her tennis career. In March 2022, after having beaten world number 24 Elise Mertens at the Miami Open, she declared that her goal is to become world number one and compete for grand slam titles.

“I have always answered that I want to reach number one,” she said. “I want to win Grand Slam titles, which hasn’t changed. We always said that with my sister it’s my goal and, yeah, we just want to achieve that.” 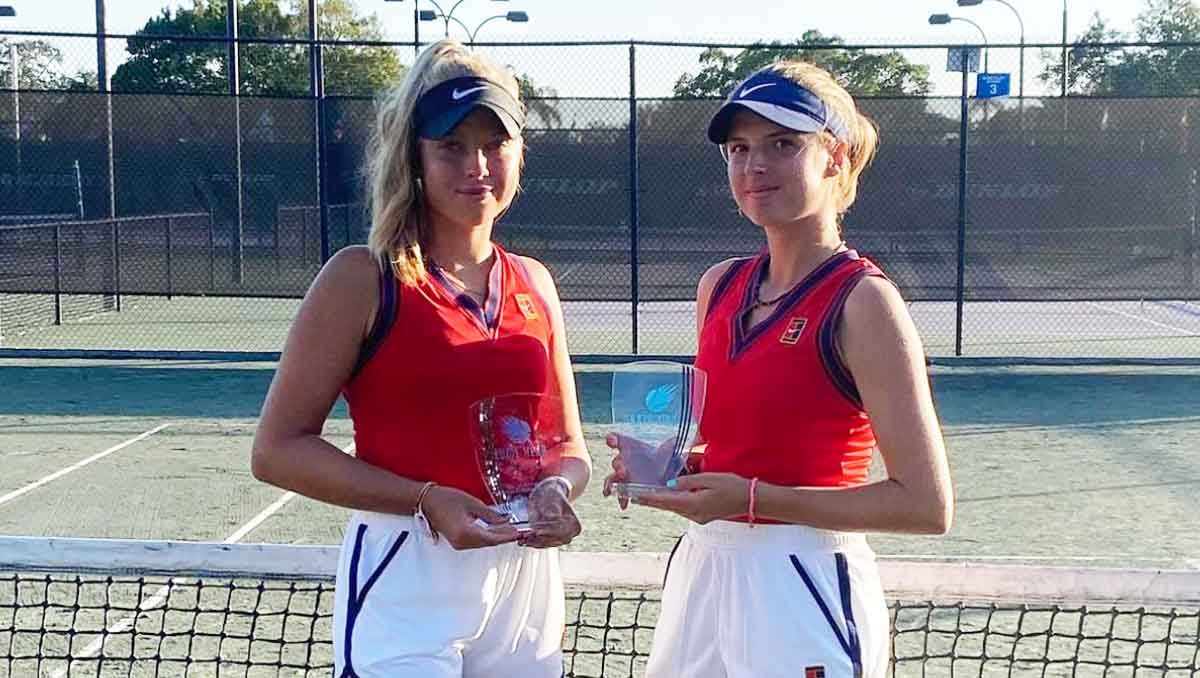 Linda says she looked up to both Roger Federer and Serena Williams when she was growing up but insists she does not model her game to any other player.

“Roger Federer and Serena Williams are my favourite players, but I don’t model my game on anyone. I play the way I do,” she said in 2019.

Meanwhile, Linda’s father Hynek revealed that his two daughters helped to push each other to improve as they grew up playing tennis together.

“They had some intense battles growing up,” he said back in 2019. “The younger one always wants to beat the older one, who never wants to lose. They compete against each on court only and when they walk off court it is a different story. They motivate each other and are both really supportive of each other.” 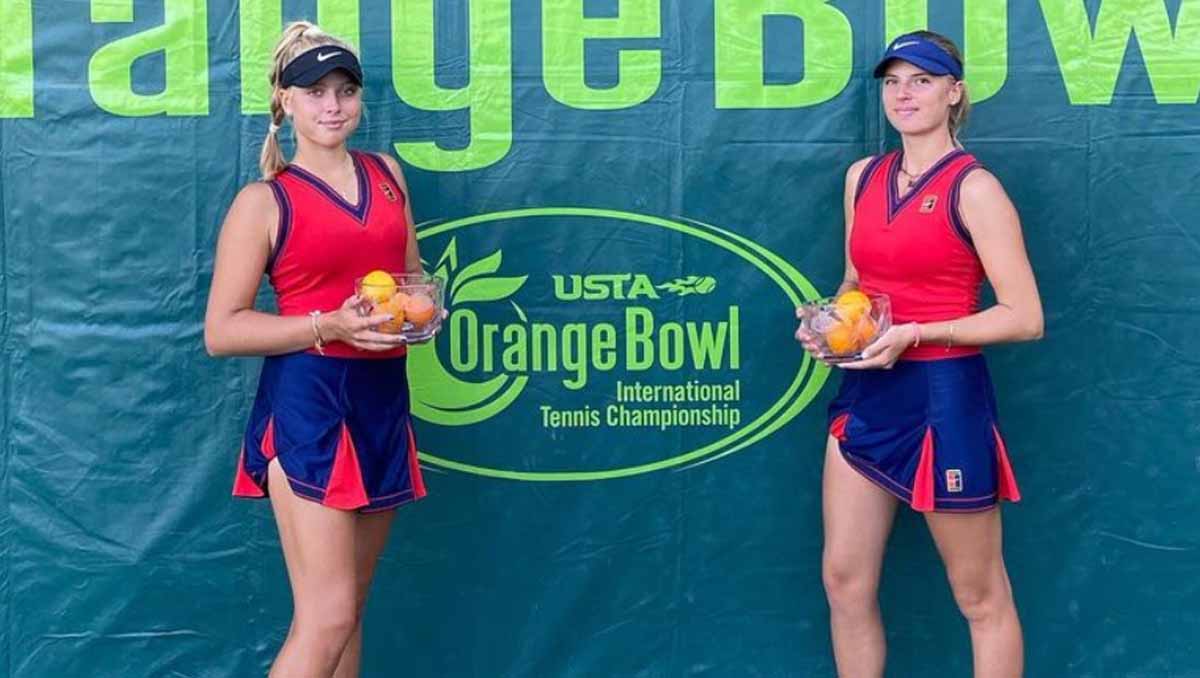 Fruhvirtova was a strong junior player and achieved a career-high singles ranking of number two in the junior rankings in December 2021.

She won a total of five junior titles, four of which came in 2021. Her best result in singles at a grand slam at a junior came at Wimbledon in 2021, where she reached the semi-finals, losing to eventual champion Ane Mintegi Del Olmo of Spain in the last four.

She also won four junior doubles titles, two of which came playing with her sister Brenda in 2021. 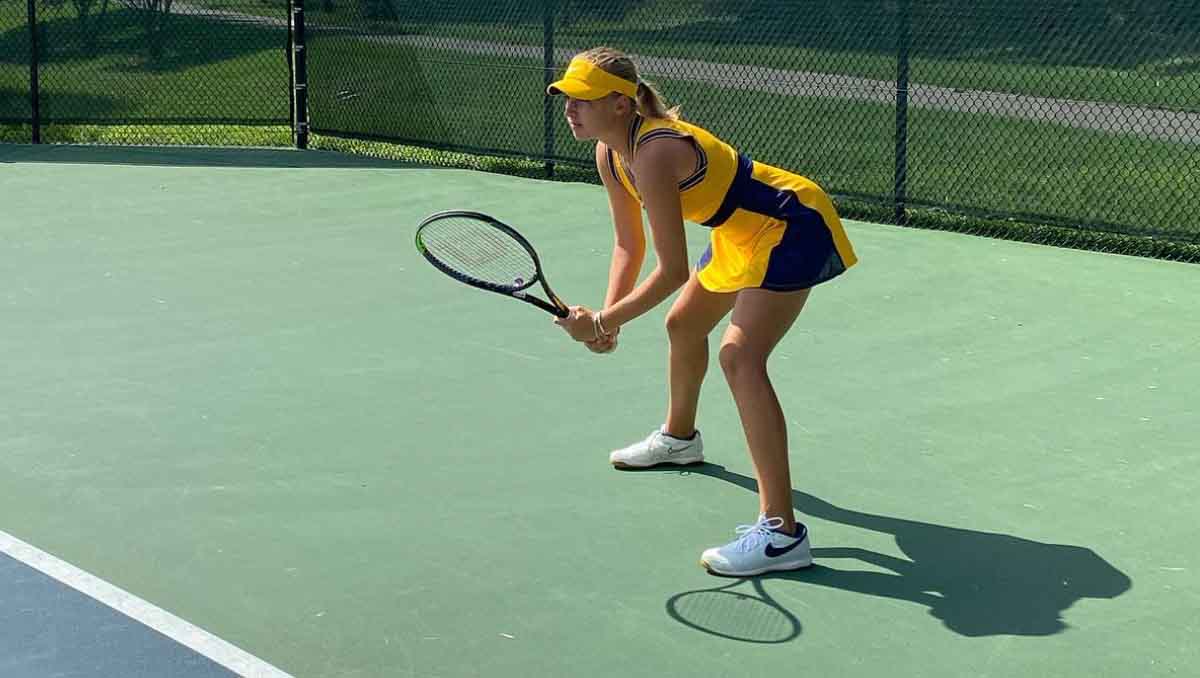 Fruhvirtova made her WTA Tour main draw debut at the 2020 Prague Open. After being handed a wildcard into the main draw, she lost to compatriot Kristyna Pliskova in the first round.

She won her first WTA Tour singles match at the 2021 Charleston Open. After having been handed a wildcard into the main draw, she defeated France’s Alize Cornet (who retired in the third set) 6-2 6-7 4-4.

Linda then went on to reach the third round in Charleston with a straight-sets win over Emma Navarro, before losing to Astra Sharma of Australia.

In March 2022, Fruhvirtova overcame Danka Kovinic, Elise Mertens and Victoria Azarenka to reach the fourth round of the WTA 1000 Miami Open, before losing to fifth seed Paula Badosa in round four.

Speaking after beating Azarenka in the third round and becoming the youngest player to reach the round of 16 in Miami since Tatiana Golovin in 2004, Fruhvirtova said: “It’s what I’ve always dreamed of, playing on these big stadiums in front of so many people. It’s definitely a dream come true and I’m enjoying it. 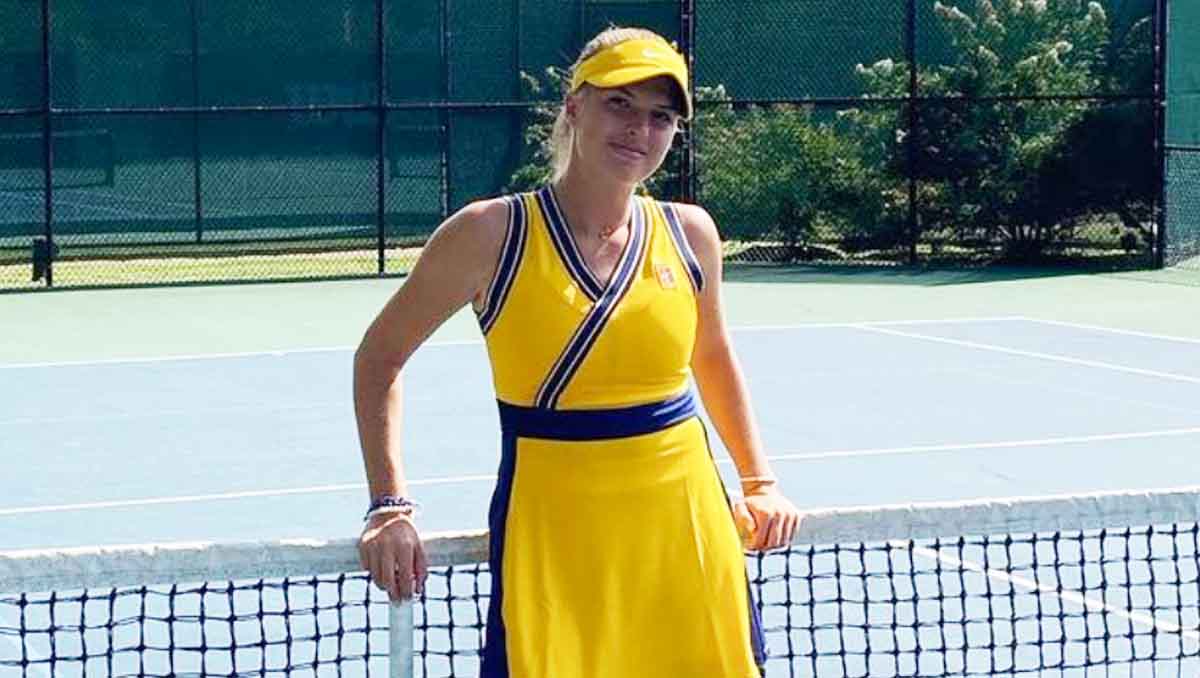 In August 2022, Linda came through three rounds of qualifying at the US Open to reach the main draw of a grand slam for the first time in her career.

After losing to Garbine Muguruza in the second round of the US Open, Linda continued her progress following her impressive grand slam main-draw debut.

Later in September, she captured her first career WTA Tour title at the Chennai Open in India. She beat third seed Magda Linette of Poland 4-6 6-3 6-4, coming back from 4-1 down in the third set to win the match and the title.

“I was feeling good in my game, and I knew that I could do a good result here, but it was much better than we all probably expected,” Fruhvirtova said at her post-match press conference. “I’m pretty much in shock. It feels amazing, and I feel like it’s a great start for me to keep building on this.”

Away from tennis Linda enjoys spending time with her sister Brenda and following other sports besides tennis. 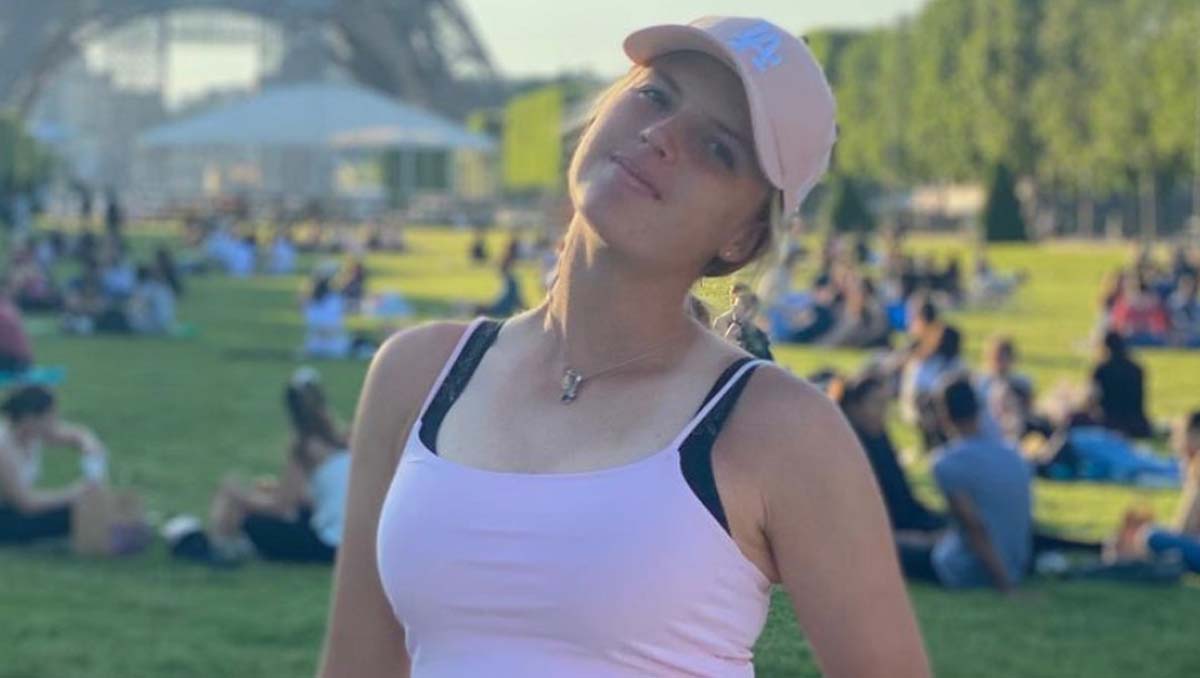 Tennis coach Patrick Mouratoglou, speaking about Fruhvirtova in April 2022: “A lot of players say they want to become world number one but only some players believe it deep inside and Linda is one of them. She wins because she’s just stepping in, stepping in, hitting, hitting, hitting until you crack. She has one main quality, which is the mental side. She’s an incredible competitor. She’s an incredible fighter.

“She’s feisty. She wants it so bad. She’s giving 100 per cent every time she’s stepping on the tennis court. This is all mental assets. I think mentally she has the full package. She has really really improved her game by moving closer and closer to the baseline and she’s able to move forward on every ball and give 100% power on every ball. If you look at her matches, she makes a very limited number of unforced errors which shows she has a lot of control. She is always reaching that limit, hitting the best shot she can hit but not making any errors.”

Former world number one Chris Evert, posting on Twitter in April 2021: “Interesting to watch 15-year-old Fruhvirtova play Cornet tonight. She practiced at my Academy for a few weeks in January and was very impressive, playing sets with WTA pros and competing with them showing confidence and skill… She’s got it.”