By The Sport Review
Updated on Tuesday 18 January 2022 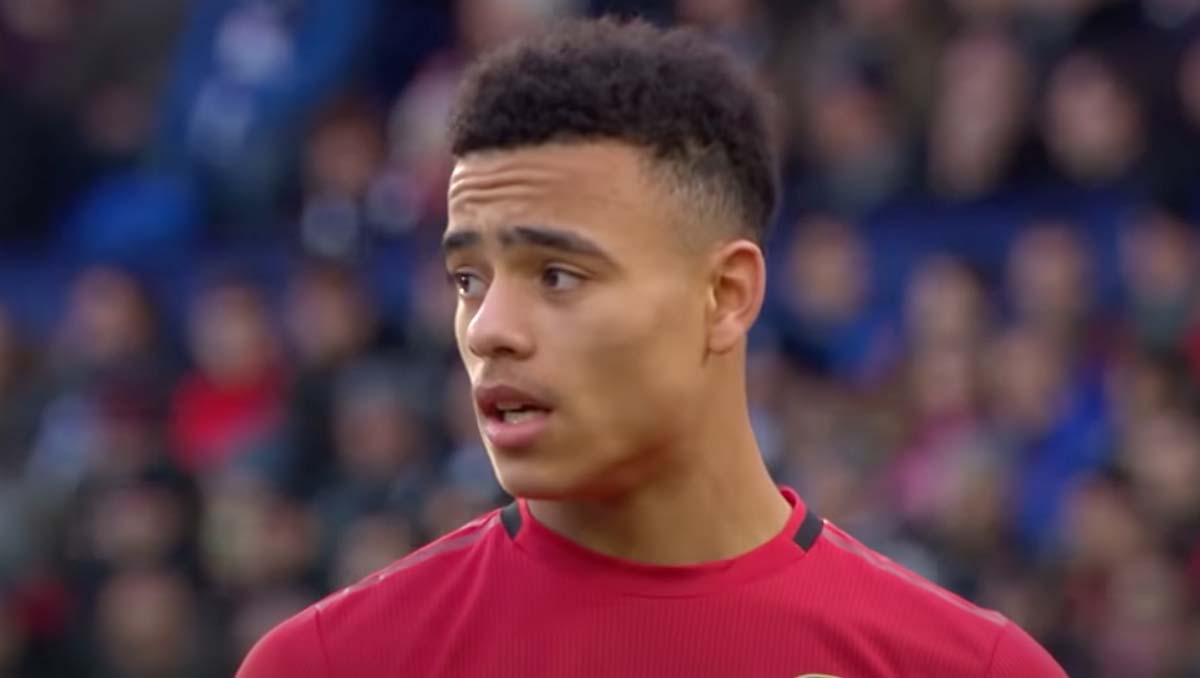 Mason Greenwood is a English footballer who plays as a forward for Manchester United.

The impressive 20-year-old forward came through the youth system at Manchester United and has been with the Red Devils since he was just six years old.

Greenwood was promoted to the first team in 2018 and signed his first professional contract with the Red Devils in October of that year, while Jose Mourinho was in charge at Old Trafford.

Greenwood made his senior international debut for England in September 2020 under Gareth Southgate.

So, how much do we know about Mason’s journey to becoming the talented footballer he is today? This is his story.

“When Mason Greenwood came in at six, he could use both feet equally as strong,” explains Mark Senior, a former coach at both the Halifax centre and Manchester United’s academy. “He was absolutely rapid. As soon as you showed him a little trick or anything he would just do it straight away. 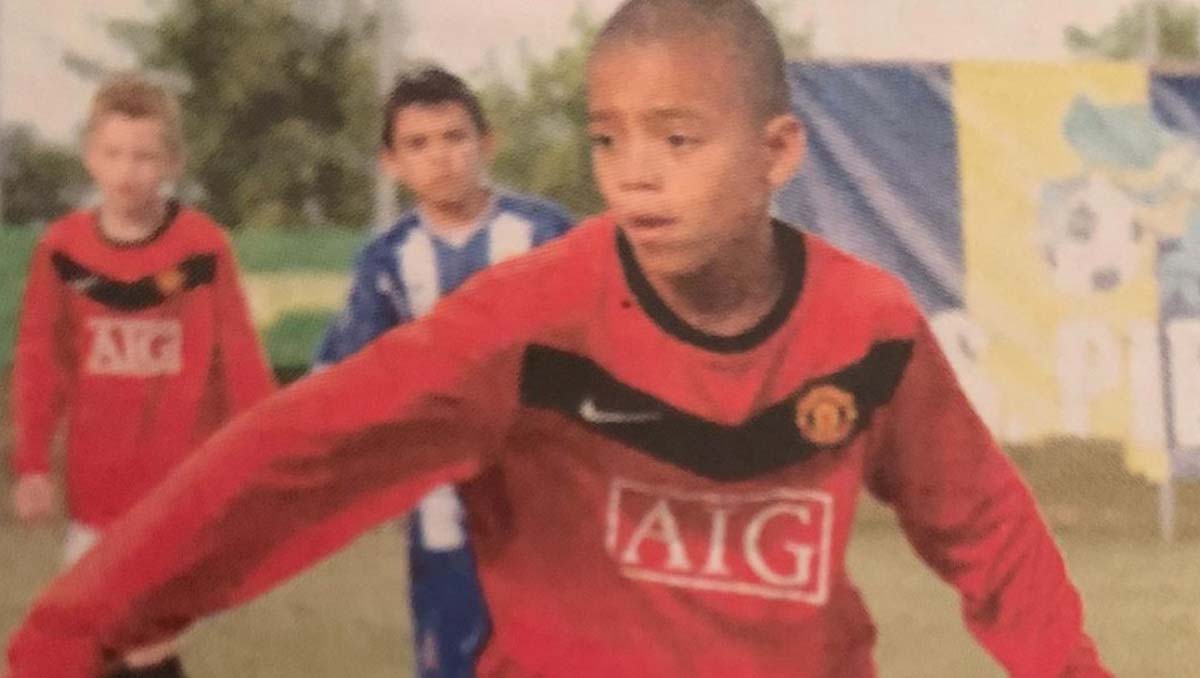 “We started really advancing him and as soon as you’d show him a new move or skill, within 30 seconds to a minute he’d be doing it already.”

Greenwood quickly progressed through the academy ranks at United and was invited to join up with the Under-18 squad in the 2017-18 season. He finished that campaign as the top scorer in the Under-18 Premier League North.

His progress had not gone unnoticed, and Greenwood signed his first professional with the Red Devils in October 2018, at the age of 17. His deal came after he took part in Manchester United’s pre-season tour of the United States in the summer of that year, with Jose Mourinho at the helm at Old Trafford at the time.

Greenwood’s breakthrough in the first team at Manchester United came under Ole Gunnar Solskjaer in March 2019.

The Norwegian head coach had been brought in to replace Jose Mourinho at Old Trafford, and he picked Greenwood to make his senior debut for Manchester United when he came on as a substitute for Ashley Young in a 3-1 victory away to Paris Saint-Germain in the Champions League.

Aged 17 years and 156 days on his appearance against PSG, Greenwood became the second-youngest player to feature in a European match for Manchester United behind only Norman Whiteside.

Greenwood then made his Premier League debut for Manchester United in a 2-0 defeat by Arsenal at The Emirates on 10 March 2019, coming on as an 80th-minute substitute for Nemanja Matic. 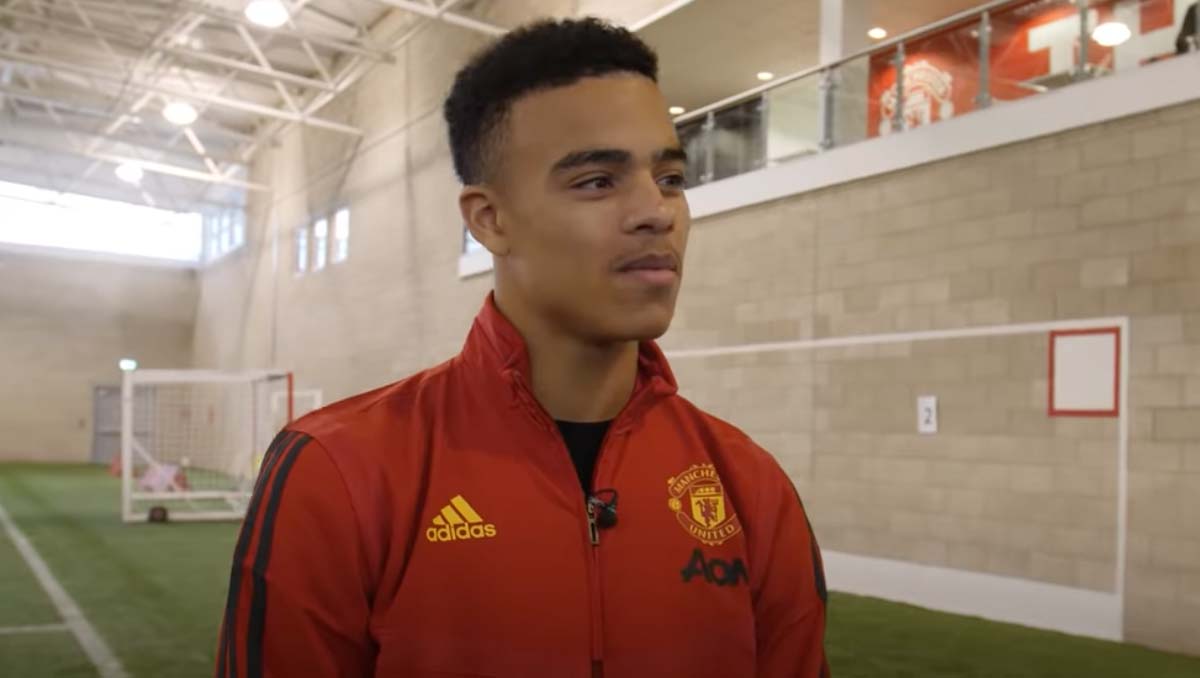 His first senior start for Manchester United came on the final day of the 2018-19 season, when he featured in a 2-0 defeat by Cardiff City and played the full 90 minutes.

Greenwood picked up where he left off in the 2019-20 season, scoring his first competitive goal for Manchester United in a Europa League group-stage clash against Kazakhstani side Astana on 19 September 2019. In doing so, he became the club’s youngest-ever goalscorer in European competition.

He then scored his first Premier League goal for Manchester United in a 3-3 draw with Sheffield United away from home on 24 November 2019.

Greenwood was a regular fixture in the Red Devils team in the 2019-20 season, scoring 10 goals in 31 Premier League games for Solskjaer’s side. In total, Greenwood scored 17 goals in 49 games in all competitions for the Red Devils.

He continued his good form in the 2020-21 season, making another 31 Premier League appearances and scoring seven times in the top flight.

During the 2020-21 season, Greenwood was rewarded with a new long-term contract at Manchester United. On 16 February 2021, the then-19-year-old penned a deal until June 2025, with the option to extend for a further year.

Upon signing his new deal, Greenwood spoke about the pride he felt in featuring for his boyhood club’s first team.

“When you join the club at seven years old, you just dream of playing for the first-team one day,” said Greenwood in February 2021. “I’ve worked so hard to reach this level and the last two years have been amazing. There is so much that I want to achieve in the game and I know that this is the perfect environment to play my football.

“I want to repay the club for the support that everyone has given me over the years and show everyone just what I am capable of.”

Greenwood scored his first goal of the season in the 2021-22 campaign when he netted in the 5-1 thrashing of Leeds United on the opening weekend.

Greenwood has represented England at Under-15, Under-17, Under-18 and Under-21 level.

He was named in the England senior squad for the first time on 25 August 2020 and made his debut under manager Gareth Southgate on 5 September 2020, coming on as a substitute for Phil Foden in a 1-0 win away to Iceland in a Nations League A game.

Athletic ability runs in the Greenwood family. His sister, Ashton, is a track runner who attended Manchester Metropolitan University on a sport scholarship.

What Have Other Said?

Ole Gunnar Solskjaer, speaking as Manchester United manager in February 2021 after Greenwood signed a new long-term contract at the club: “Mason is a fantastic talent and yet another fine example of the type of player that our Academy produces. He has made great progress this season, showing real maturity and adaptability to his game, which has seen him develop into one of the best young players in the country.

“Whilst it is easy for people outside of the club to forget that Mason is just 19, it is our job as coaches to ensure he reaches his phenomenal potential and every step we take is to help him along that path. Mason is naturally gifted and has a brilliant attitude – we know how important he is going to be for Manchester United over the coming seasons.” 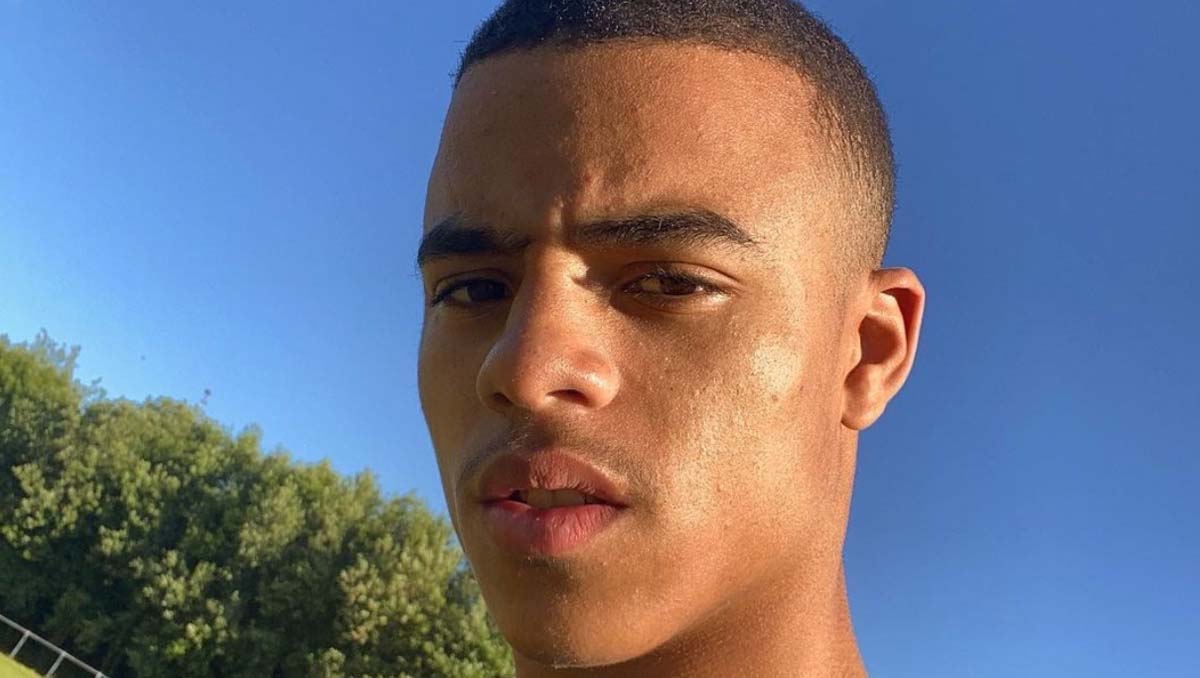 Mark Senior, a former coach at Manchester United’s Halifax centre and academy, on working with a young Greenwood: “He turned up at the Halifax development centre with Manchester United and he used to get there about 20 minutes early because he went there from school. And he used to just be hitting the ball at this bin outside the door. He’d be using both feet.

“We used to do little shooting games in which you would try to create a little bit of space and get a shot off but we’d go in net because we didn’t have goalkeepers in the development centres. Me and the other coach Gabriel would go in net and you could feel it when Mason hit it.

“Most kids at seven years of age, you would let it in to give them a bit of confidence. But Mason would smash it in the bottom corner and if he did hit it at you you’d know about it. It was like a 13-year-old hitting it.”

Former Manchester United star Gary Neville on Mason Greenwood, speaking in July 2020: “United are proud of their academy full stop. But there’s so much excitement. I don’t know if you’d notice but I am a miserable sod when analysing players at times, but this lad [Greenwood], I can’t hide my excitement.

“Marcus Rashford is fantastic, Anthony Martial is fantastic, but this kid is another level. Nearly 6ft, he can handle a ball with both feet, he can score goals, he can receive the ball on the half turn, on the back foot, his positioning in terms of understanding where he needs to be is fantastic.

“He doesn’t just play wide, he doesn’t just play central, he will be knocking on that door as a centre forward in the next 12 months. You obviously want to be a little bit calm because he’s a young player and lots can happen but this is someone to get carried away by. He’s fantastic and someone to be fair Manchester United are lucky to have but obviously have grown and nurtured and be proud to have.”