By The Sport Review
Updated on Sunday 10 October 2021 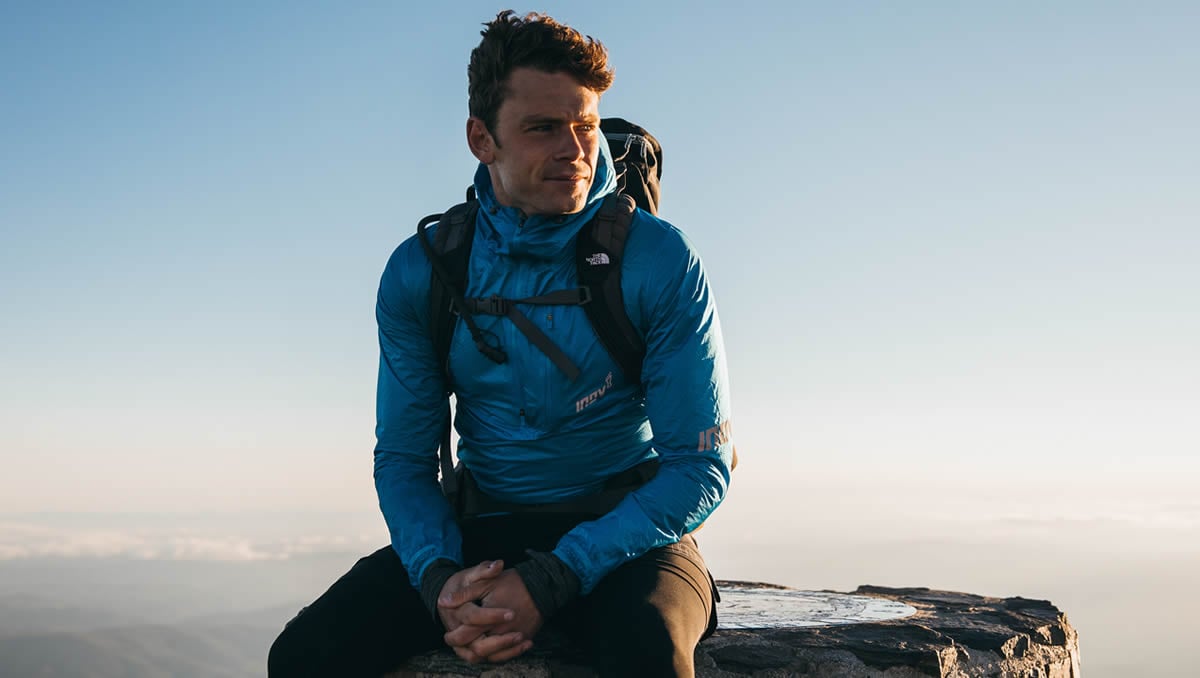 He trains many high-profile celebrity clients, influencers and tastemakers including some of the world’s top models.

After experimenting with intermittent fasting, he realised the power it had to burn fat, boost energy levels and banish hunger pangs.

He developed his own method known as The 2 Meal Day, which is a fundamental part of his tailored online plans. Max uses his passion for “real food” to create delicious, simple meals with a focus on nutritional content.

After four years of experience as a competitive sprinter, Max believes that our motivation to train should be positive rather than negative; instead of training because of a negative body image, we should focus our energy on training like athletes, aiming to be the fittest, fastest and strongest version of ourselves.

Max’s philosophy combines intermittent fasting and training like an athlete as a highly effective method to create long-lasting and sustainable results.

From an early age, Max showed talent in rugby, swimming and athletics. He competed at county level and national competitions in all three sports. At age 13, he was awarded an Outstanding Talent Scholarship to Harrow School.

At the end of his first year he was selected to swim The English Channel in a relay race against Eton. The whole event was televised on BBC’s One Life documentary. This involved six months training in cold water conditions, Max has said the swim was “one of the worst experiences of my life”.

At the beginning of his third year (GCSE year) the pressure to excel at three sports was beginning to take its toll. He developed a back injury which in hindsight he thinks was “probably psychological” so stopped doing all sports. He soon started to hate being at boarding school and started mixing with older boys who were smoking cannabis. 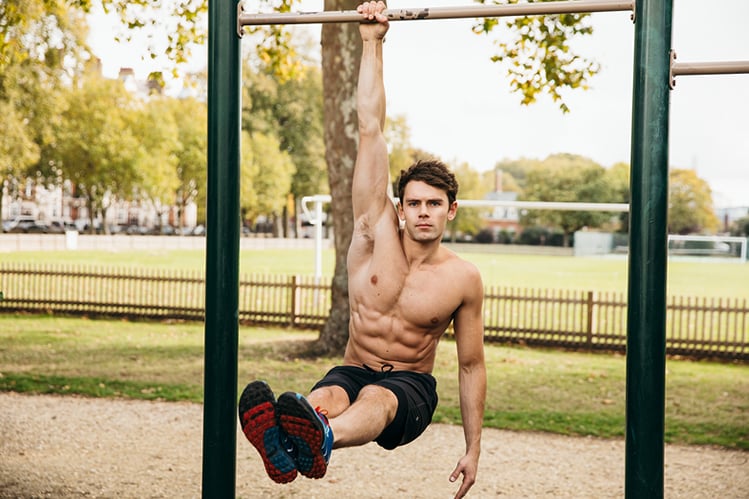 Word got out that Max had been smoking and he was soon drug tested and expelled in November of the GCSE year. He was then accepted into DLD, a sixth form college which also took a small number of GCSE pupils, but within three weeks he had failed another drug test.

At this stage, Max had not done sport for a few months and had completely lost interest in everything other than smoking weed and partying. No other school would accept him this late on into the GCSE year, so he had to be home school for the remainder of the year.

Max then got scouted and signed to Premier Model Management, where he modelled throughout Europe and the UK. He finished his GCSE’s and started his AS Levels at Rickmansworth School. He completed his AS Levels but decided not to continue and finish his A Levels.

At age 17, he got a job promoting some of London’s top nightclubs, which involved partying and heavy drinking four nights per week.

Max went from being the golden boy, always exceeding at sport, to being the bad influence. He succumbed to a hedonistic lifestyle at a very early age, at the time he never realised that this was mainly down to him stopping exercise.

After living this lifestyle for around two years, getting into a lot of trouble and abusing alcohol and drugs he decided he needed to decide what he wanted to do with his life. A friend had mentioned with his experience with client entertainment he could make a good Stock Broker. Max had never even imagined working in finance but went for the interview with Mint Partners anyway.

After two interviews, he got the job. Working as a Stock Broker was a great experience and it helped Max to figure out what he wanted to do in life. Unfortunately, it was more of the same lifestyle – entertaining client’s multiple nights per week, combined with very early mornings.

After three more years of excessive alcohol and partying, Max slowly realised who he was and what made him happy. He realised the talent he had at sport and slowly started getting back into exercise. He signed up for the London Triathlon and started training toward it.

At the same time, he started trying to change his drinking habits and soon realised the power what he calls a “sober confidence” had to take control of your life. He removed himself from the social group that went out a lot at work and started the long journey of turning his life around. 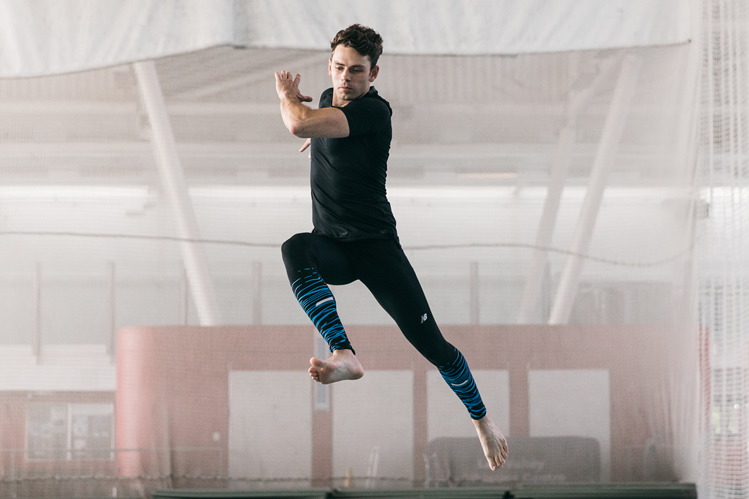 In his fourth year at Mint Partners, he realised he had lost all interest in his job and the unhealthy lifestyle associated with it. He qualified as a Personal Trainer before leaving Mint Partners and travelling across South America over five months.

He was trying to live as cheaply as possible, so ended up only ate one massive meal a day at the same time as training hard and going on six-eight-hour hikes up mountains at least once per week.

He’d lost an incredible 7kg, yet he was more muscular than he had ever been. He then returned to his normal routine, however, eating three big (low-carb) meals a day and quickly put the weight back on.

“I have never had any problems building, or maintaining, muscle but I just wasn’t as lean as I was when I was away.”

Without realising it, in South America he had been following a type of IF. Intermittent fasting just means breaking up your day or week into eating and non-eating periods. By eating one meal a day he was fasting for up to 20 hours.

After further research, he decided to experiment with a daily fast, which he called the 2 Meal Day (2MD).

“I skipped breakfast and ate just lunch and dinner, so that I was fasting for 14–20 hours every day. I found the 2MD the simplest, most effective way to lose weight and reap the many benefits of fasting – no calorie counting, obsessing over when to eat or feelings of deprivation: the two meals I did eat were big and very satisfying.”

“Initially, I thought that this way of eating would be a struggle. I am someone who has always ‘needed’ to eat breakfast and used to think my whole world would collapse if I didn’t have my eggs in the morning. However, it was surprisingly easy and within a few days I’d really got into the swing of it. “

Almost effortlessly and very quickly, he became leaner and visibly lost body fat without losing any muscle mass. “To my surprise I was actually less hungry than before. I stopped constantly thinking about my next meal or worrying if I wasn’t going to have time to have breakfast or lunch. An added bonus was that as well as time, I was saving money as I was no longer having to pay for a substandard, unsatisfying lunch grabbed from whatever sandwich shop was nearest. I could eat meals at home, where I knew I had sourced foods locally and had the time to prepare and enjoy them.” 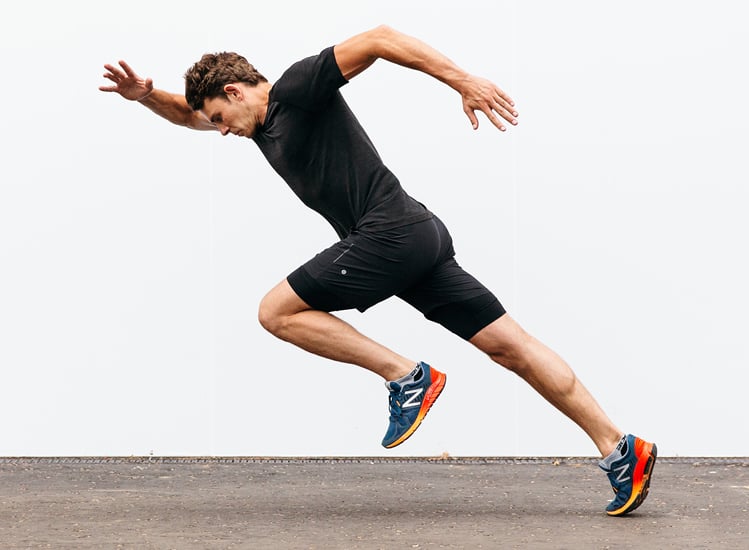 The most useful benefit he discovered (aside from fat loss) was the stabilisation of energy levels. “Digestion actually takes up a lot of energy and by fasting and freeing that up, you can get a real ‘buzz’. Before the 2MD I would start ‘crashing’ between breakfast and lunch (even with a low-carb diet). Now my energy levels are constant all day even without any caffeine.”

“As a personal trainer, I regularly have back-to-back clients from 7am to 4pm. My fellow trainers think I am crazy when they find out I don’t have breakfast before work, but with the 2MD I don’t once think about food or feel tired during the sessions.”

His clients who have tried the 2MD using his online plans have had great results, not only with weight loss but also giving them control back over their own bodies. No longer do they feel hungry all the time, constantly thinking about their next meal. This way of eating restores the body to its natural state – burning stored body fat for energy.

“I truly believe that intermittent fasting is the missing link in our overall health and wellbeing and the 2MD is the simplest, most effective method to reap the rewards. It is my goal to share my method with as many people as possible!” 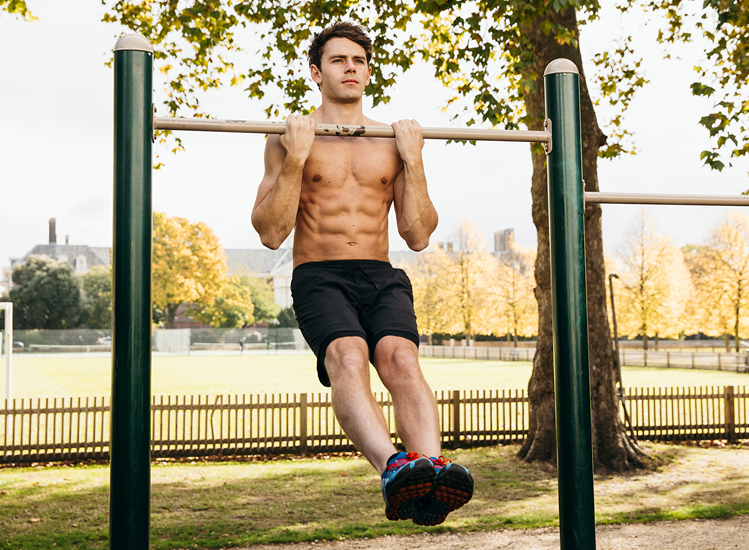 He doesn’t count calories or macros but he predominately eats a high fat, medium protein, low carbohydrate diet, with slightly more carbs on training days. His calories fluctuate up and down on a day-to-day basis depending on his activity levels, anywhere between 1500cals and 2400cals per day. He believes this is a much more intuitive way of eating – “once you start burning stored body fat for energy you understand your body and its hunger signals better.”

He cooks 90% of his food from scratch, he believes this is one of the most powerful ways to take control of your health and well-being. He eats out about once per week where he will allow himself a dessert if there is something well made- usually a chocolate brownie or gelato ice-cream.

He loves craft beer and believes that you don’t have to go tea total to lead a balance life.

“All you need to do is change your bad habits associated with alcohol and going out.”

As a broker, he used to regularly have 5-6 pints of beer, 3-4 times per week. Now he might have 1-2 bottles once maybe twice per week. He has written a blog post about how he transformed his drinking problem.

Initially, Max got back into training with a Triathlon, he had a lot of fun but realised he has never been an endurance athlete – he was more of a sprinter.

He initially got into bodyweight training and calisthenics, this gave him a really good foundation of strength which allowed him to excel in any sport he decided to peruse. 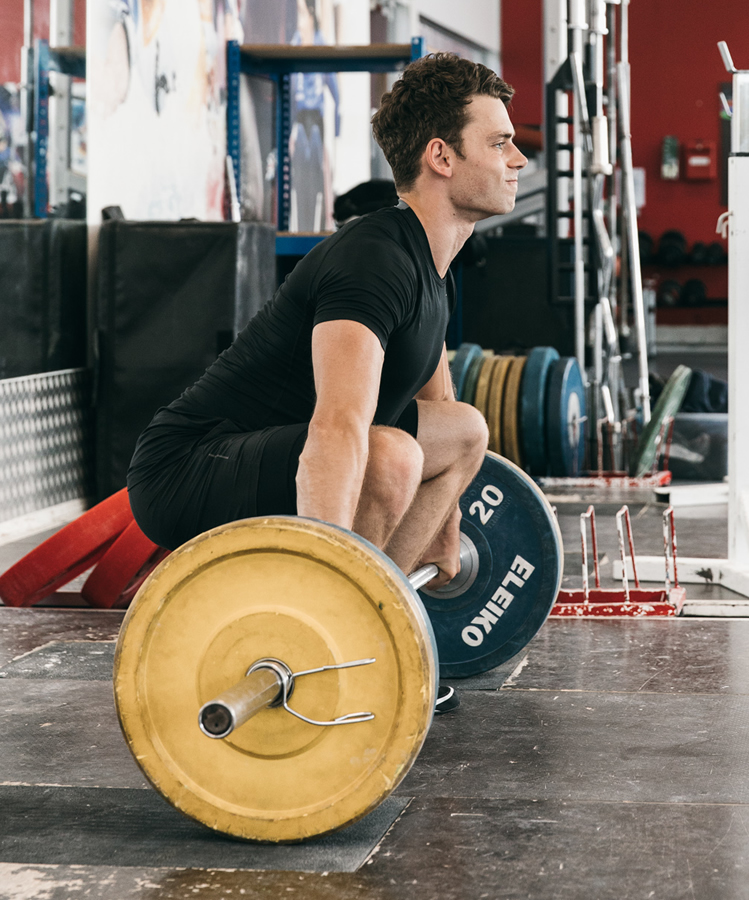 In 2013, he joined his old sprint club – The Watford Harriers. He wanted an excuse to commit to training and was tired of training by himself. He trained and competed in the 100m, 200m and 400m becoming Hertfordshire County champion three years in a row and competing at big regional events like the South-East England Champs and the Eastern County Championships.

During his time as a sprinter, he incorporated fasted training with great results. He trained on the track three times per week and one session in the gym doing conditioning.

Whilst he was sprinting he developed a taste for taste for Olympic Lifting and saw the amazing strength, speed, mobility and flexibility you needed to have.

After three years he decided to stop sprinting and focus 100% on his business and be more sociable with his training. He met up with an old school friend – Adam Fedorciow – a Strength & Conditioning Coach and competitive Olympic Lifter.

Under the watchful eye of Adam, Max has now started to weight-lift six times per week, aiming to get as strong as possible at all of the Olympic lifts. 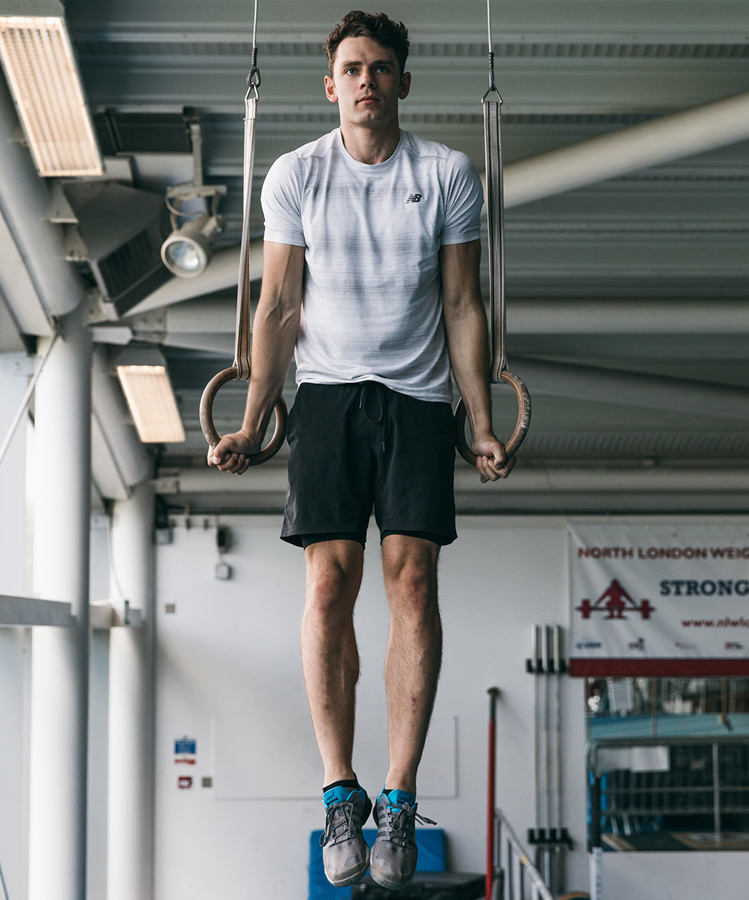 “I am very excited to see how my body reacts to this type of training and what kind of strength progression can be made, I plan on being as consistent as possible with my training – watch this space!”

Ninety per cent of his training is done in the fasted state first thing in the morning – he prefers the feeling of having an empty stomach.

Max has never been one to focus his attention on other people, but there are a few people who have motivated and educated him along the way.

Carl Sagan opened his mind to the humbling wonders of the universe and how our collective wondering can bring us closer together.

Levison Wood – a British Army officer and explorer. He is best known for his extended walking expeditions in Africa, Asia, and Central America; over the course of nine months, from 2013-2014, he undertook the first ever expedition to walk the entire length of the river Nile from Nyungwe Forest in Rwanda.