By The Sport Review
Updated on Tuesday 8 March 2022 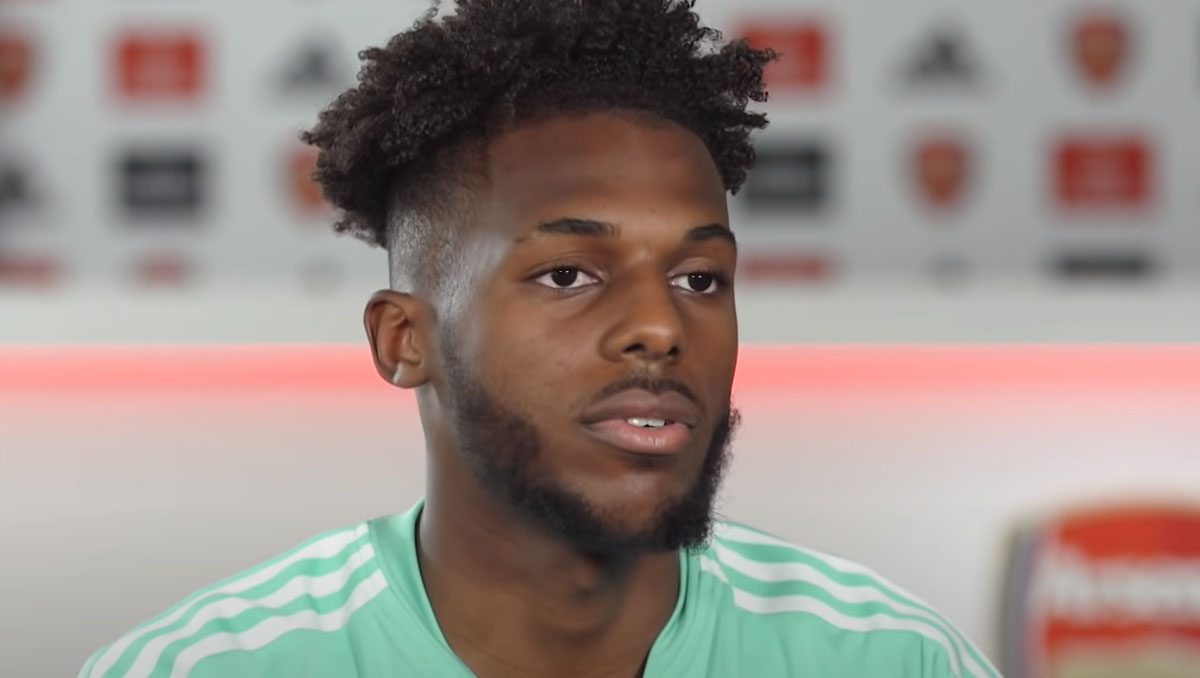 Nuno Tavares is a Portuguese footballer who plays as a left-back for Arsenal.

The 22-year-old full-back was born in Lisbon, Portugal, and began his youth career at Casa Pia in 2009.

He also had a spell at Sporting Lisbon as a youth player before eventually completing his development at Benfica.

Tavares made his breakthrough into the first team at Benfica in 2019 and began to make a handful of league appearances for the Portuguese club in the 2019-20 campaign.

In the 2020-21 season, Nuno notched up 25 appearances in all competitions and his performances caught the eye of Premier League side Arsenal.

He signed for the Gunners on a long-term contract on 10 July 2021, in a deal reported to be worth around £8m at the time.

Nuno describes himself as a quick player who is adept with both feet. “I am fast, I am good at shooting with my right foot, but I’m left-footed,” he said in 2021. “I can dribble, improvising. That’s my qualities, my technique.”

So, what do we know about Nuno Tavares’ journey to becoming the talented full-back he is today? This is his story.

Not a huge amount is known about Nuno’s upbringing in Portugal, with most of the widely-known information about his younger years relating to his footballing career.

Nuno started his youth career at Casa Pia – a Lisbon-based club – in 2009. He soon left to join Sporting Lisbon’s youth set-up in 2010, spending three years at the Portuguese club.

After a brief stint back at Casa Pia between 2013 and 2015, Tavares ended up joining Sporting Lisbon’s fierce rivals Benfica, where he completed his youth development. 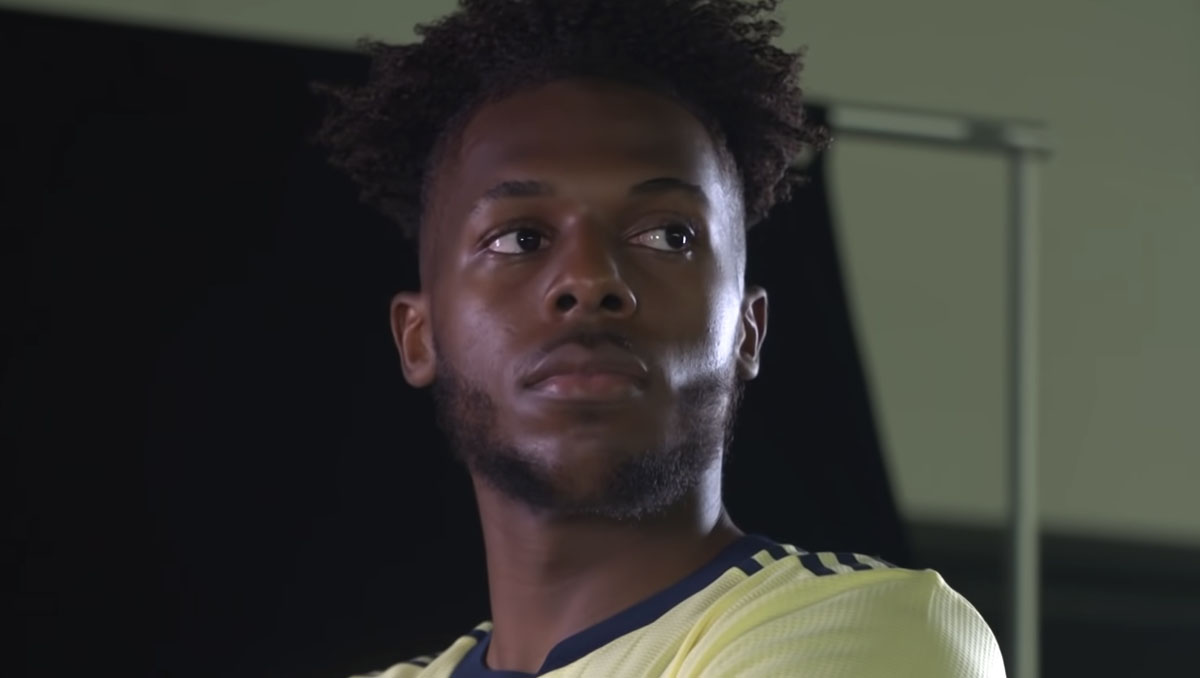 After completing his youth development at Benfica, Tavares made his senior competitive debut for the club on 4 August 2019, playing the full 90 minutes in a 5-0 thrashing of his former employers, Sporting Lisbon, in the 2019 Supertaca Candido de Oliveira – the Portuguese Super Cup.

Tavares then made his league debut for Benfica on 10 August 2019, netting the opening goal (his first for the senior team) and making two assists in a 5-0 thrashing of Pacos de Ferreira at home.

Tavares went on to make a total of 16 appearances in all competitions for Benfica in the 2019-20 season.

The following campaign, he further increased his appearance tally, getting 25 run-outs in all competitions for the Portuguese club.

By this time, the full-back was starting to attract interest from a number of clubs, and a move to the Premier League soon beckoned.

Arsenal completed a deal to sign Nuno Tavares from Benfica on 10 July 2021. The transfer fee was reported to be in the region of £8m at the time, and his wages were later reported to be around £27,000 per week. He was handed the number 20 shirt at The Emirates.

The left-back admitted that he was thrilled to have signed for the Premier League outfit after the deal went through.

“I’m so excited because it is a big club and for me as a young guy, it is a pleasure to be here,” Tavares said upon signing for the Gunners. “It’s good for my career and to begin at Arsenal is a big club, and I’m very happy.”

Meanwhile, Arsenal technical director Edu was pleased to see the deal get over the line after the Gunners beat off competition from other clubs to secure his signature. 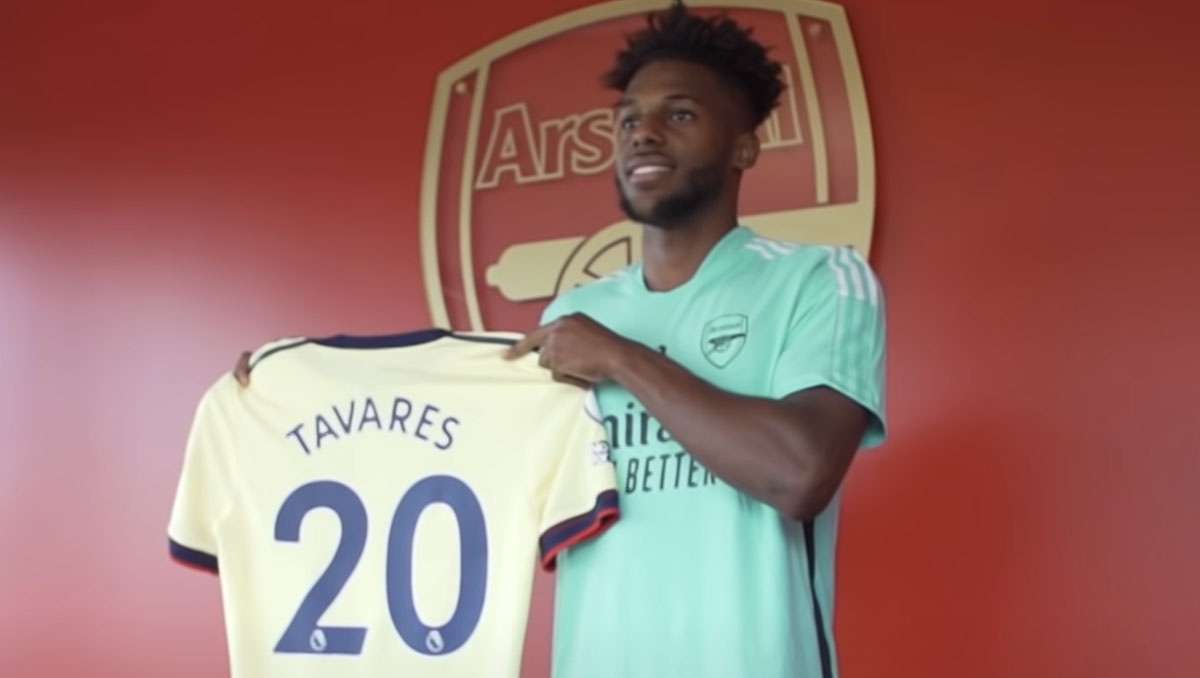 “Nuno is a talented young player who was wanted by a number of clubs across Europe,” said Edu. “He will provide strong back-up in the left-back position. We look forward to him growing and developing with us and becoming an important member of the first-team squad.”

Tavares made his Premier League debut for Arsenal on 13 August 2021, when he came on as a late substitute in the club’s disappointing 2-0 loss to Brentford on the opening weekend of the season.

He notched up his first assist for the Gunners on 27 November 2021, setting up Bukayo Saka for the opener in the 56th minute of Arsenal’s 2-0 home victory over Newcastle United in the Premier League.

After having made his first seven appearances in the Premier League, Tavares admitted that he thought the “energy” levels he brought to the team had surprised some people.

“When I arrived at Arsenal people were surprised by my physicality and my speed,” Tavares told Sky Sports in November 2021. “I think it is good for me to bring energy when I am on the pitch, and I think I am doing well to help the team.”

On 9 January 2022, Tavares was substituted after just 35 minutes of Arsenal’s FA Cup third-round clash with Nottingham Forest, with Mikel Arteta bringing on Kieran Tierney. Tavares was visibly frustrated at being substituted so early in the game, but Arteta was quick to draw a line under the whole affair.

Tavares made his return to the Arsenal team four days later when he came on as a substitute in a goalless draw with Liverpool FC in the League Cup semi-final first leg at Anfield.

Tavares has represented Portugal at various youth levels, including Under-18, Under-19 and Under-21.

He made his first appearance for the Portugal Under-21s on 10 September 2019, in a 2–0 win against Belarus U21s for in European Championship qualifying. 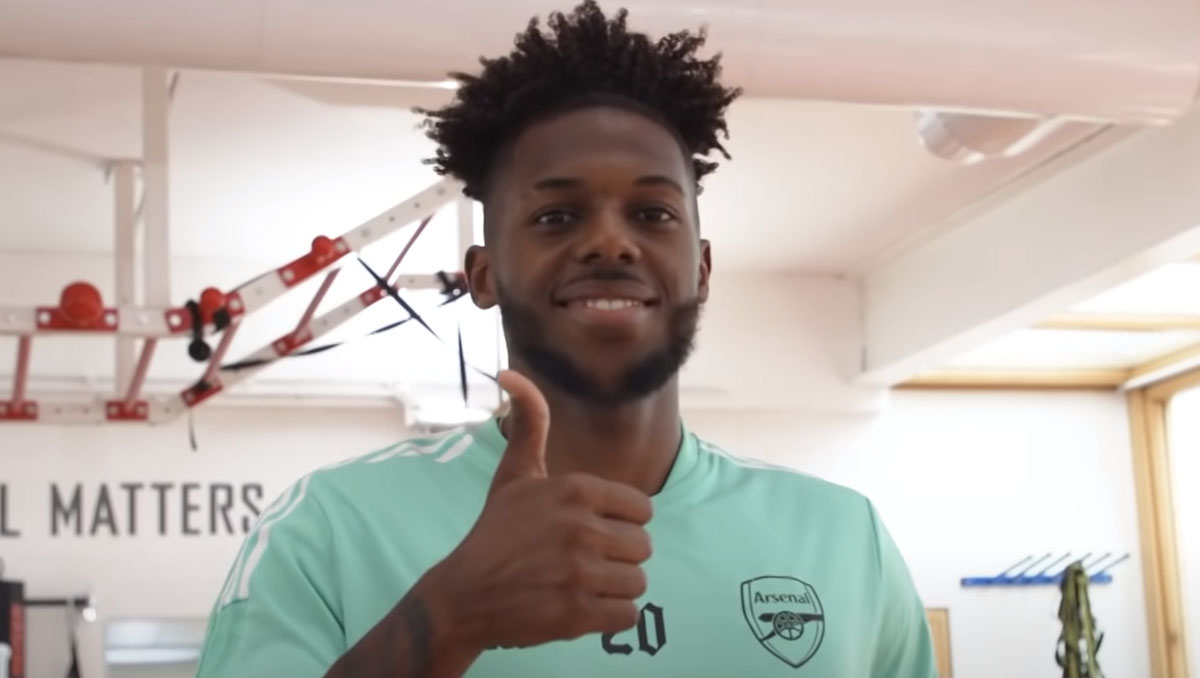 Nuno appears to enjoy keeping a relatively low profile away from football.

Most of the photos posted on his Instagram page are related to his exploits for Arsenal, both in training and match-play.

In his spare time, Nuno appears to enjoy exploring north London, with the full-back having posted a picture of himself in the area during some of his free time in March 2022.

Mikel Arteta, speaking after Arsenal completed the signing of Nuno Tavares from Benfica in July 2021: “He is a young player with great promise who has developed very well with Benfica in recent seasons and has also shown his quality by being part of Portugal Under-21s.

“Nuno’s arrival will give the squad extra strength and options in defence, particularly with this energy on the left side of the pitch.”