By The Sport Review
Updated on Tuesday 12 October 2021

The France international started his professional career at Manchester United but moved to Juventus in an £800,000 deal back in 2012.

After winning four Italian titles, Pogba became the most-expensive player in the world in 2016 when he completed a blockbuster £89m return to Old Trafford.

Pogba started his youth career with local team US Torcy, where he captained the club’s Under-13’s team.

His performances caught the attention of Le Harve, a French club with a rich tradition of producing and moulding talented footballers.

Paul was particularly impressive during an Under-16 tournament, where he helped Le Harve to finish as runners-up.

Pogba completed a move to the Manchester United youth academy in 2009, ending his time with Le Harve.

However, the Red Devils were cleared of any wrongdoing by a judge appointed by Fifa and Pogba’s transfer was finally confirmed in the summer of 2010.

Pogba was a regular in the Manchester United’s Under-18s team and finished his first season with seven goals in 21 games for the youth side.

The French midfielder featured regularly for Manchester United’s Under-18s team in the Academy League and the FA Youth Cup.

Sir Alex Ferguson called Pogba up to the Manchester United senior squad for the first time ahead of their FA Cup clash against Crawley United in February 2011.

The versatile midfielder finished 2011-12 with some youth-level silverware after Pogba helped Manchester United to secure a 6-3 aggregate win against Sheffield United in the FA Youth Cup final.

Paul made his senior Manchester United debut when he came on as a half-time substitute in a 3-0 victory over Leeds United in the League Cup in September 2011.

Ferguson gave Pogba 27 minutes in Spain when he replaced Michael Carrick in 63rd minute of a 2-1 loss to Athletic Bilbao in the Europa League on his European debut.

However, his time at Old Trafford was about to come to an end, and the Manchester United manager confirmed that Pogba had opted to turn down a new deal with the Red Devils in July 2012. 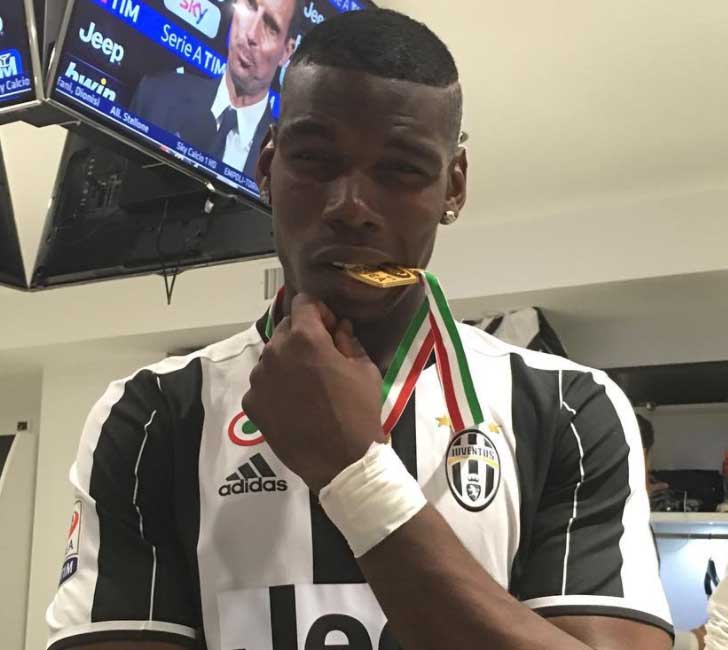 While Pogba and Juventus were easing away from their title rivals in Serie A, the Old Lady were making good progress in the Champions League knockout stage too.

The France star continued his creative streak with an assist in a 2-1 victory over Lazio in Coppa Italia. However, he couldn’t help Juventus avoid defeat by Barcelona in the Champions League final as the Spanish side ran out 3-1 winners. 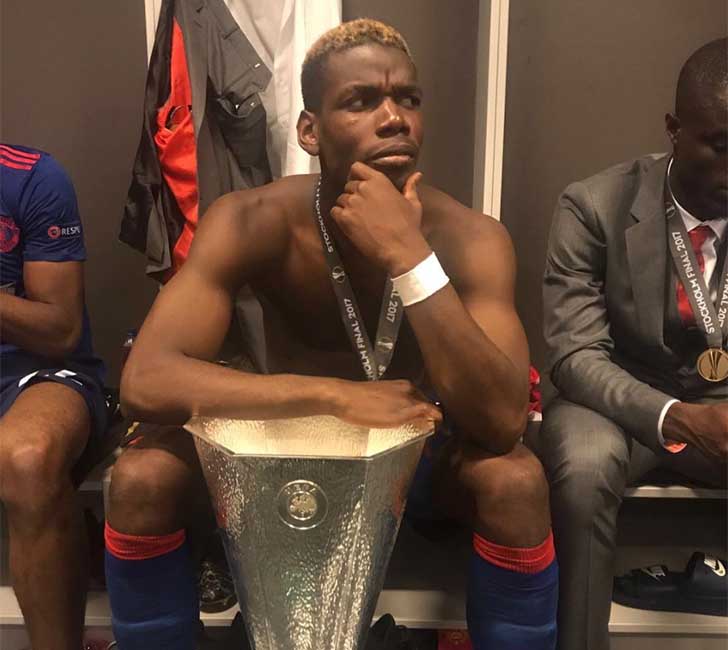 Manchester United spent a world-record £89m on re-signing Pogba from Serie A champions Juventus in the 2016 summer transfer window.

Pogba made his first Premier League appearance since his world-record return to the club in a 2-0 victory over Southampton at Old Trafford.

He struggled to carry his dominant Serie A performances into the Premier League, attracting criticism from some former professionals turned pundits.

He scored his first senior Red Devils goal in a 4-1 win against Leicester City at Old Trafford in September 2016.

Although Manchester United’s title challenge faded in the second half of the season, Pogba’s goal at Hull City helped Mourinho’s side to reach the League Cup final.

And Pogba won his first trophy as a Manchester United star when the Red Devils were 3-2 winners against Southampton in the League Cup final at Wembley.

He lifted his second trophy of the 2016-17 season when Manchester United beat Ajax 2-0 in the Europa League final in Stockholm on 24 May 2017. Pogba scored the opening goal with a deflected strike in the European showpiece. 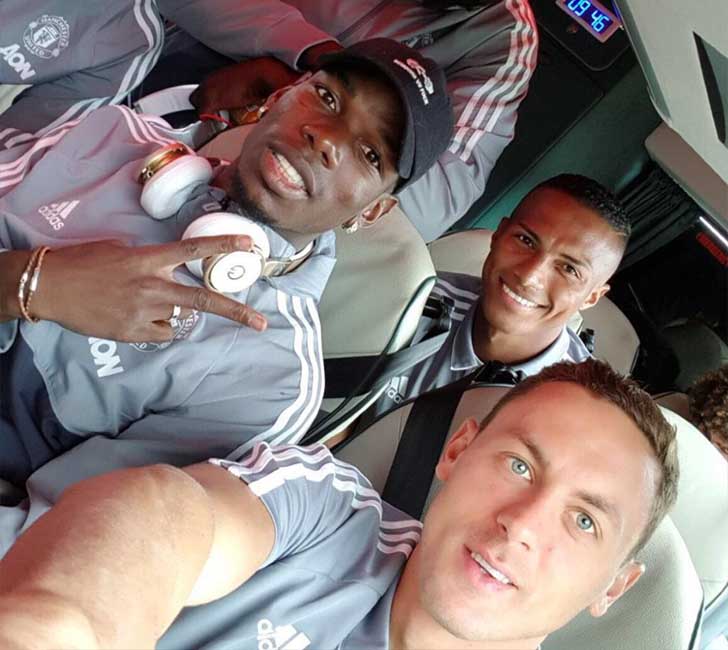 The Frenchman created two goals for his team-mates as his influence on Mourinho’s team increased.

However, Pogba suffered a hamstring problem in a 3-0 win against Basel in September 2017. That night, he captained the Red Devils for the first time before his Champions League night was cut short.

He produced his best performance of the season in Manchester United’s 3-2 win at Manchester City, as he scored two second-half goals. 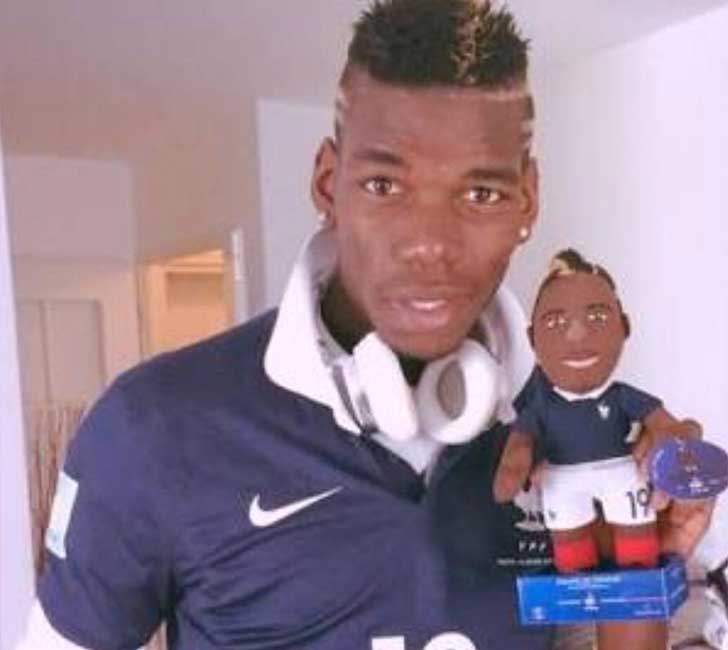 Pogba marked his potential on the international stage in 2013 when he captained France to the Under-20 World Cup. The versatile midfielder scored his spot-kick in the shootout as France beat Uruguay on penalties.

Pogba won the World Cup’s Best Young Player award after the midfielder scored a goal against Nigeria in the round of 16. He made two assists in victories over Honduras and Switzerland too.

Unfortunately, Pogba was unable to inspire France to Euro 2016 glory as they suffered a 1-0 loss to Portugal after extra-time in the final at Stade de France.

At Euro 2020, Pogba scored one goal and made one assist in four games – but France were knocked out at the last-16 stage by Switzerland. 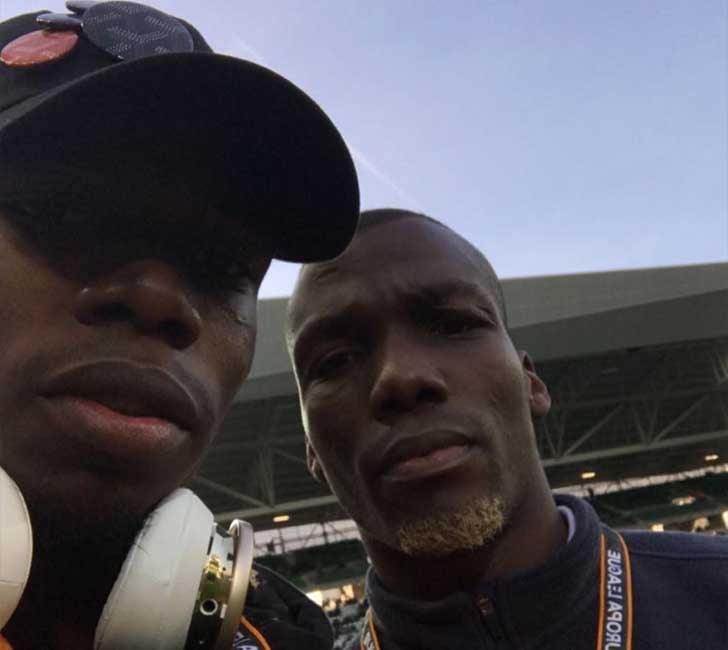 Paul has two older brothers, who are twins. Indeed, Florentin and Mathias regularly feature in the midfielder’s Instagram feed.

Pogba has kept his social media followers entertained with his variety of frequently-changing hairstyles throughout his Juventus and Manchester United careers.

He is a practising Muslim, and was photographed visiting the holy city of Mecca at the start of Ramadan in 2017.

Paul Pogba – Did You Know?

• Although Paul is a seasoned France international, his brothers Florentin and Mathias both represent Guinea at national level.

• The charismatic midfielder has pushed his own hashtag on Instagram, #pogboom. Indeed, Manchester United used the slogan to announce his re-signing in 2016.