By The Sport Review
Updated on Friday 4 March 2022 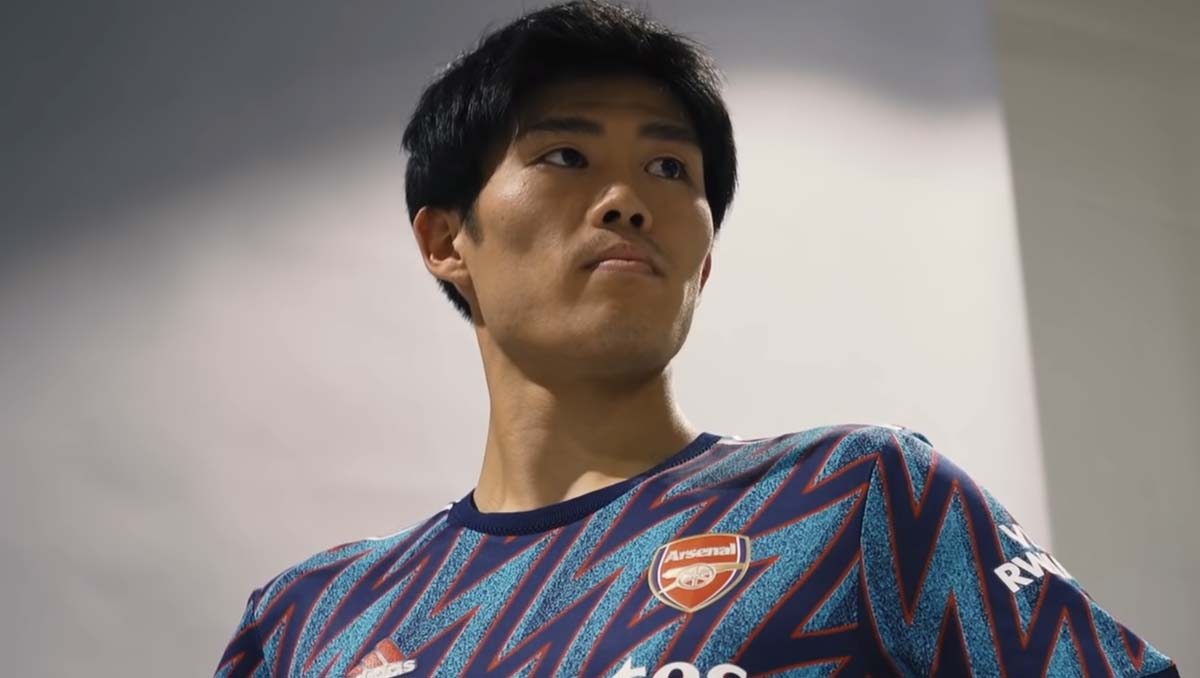 Takehiro Tomiyasu is a Japanese footballer who plays as a defender for Arsenal.

The 23-year-old right-back signed for Arsenal from Bologna in the summer of 2021 and quickly established himself as a regular in the first team at The Emirates.

Tomiyasu had moved to Italy in 2019 after a spell in Belgium following a move to Europe from his native homeland of Japan.

He played for Belgian side Sint-Truidense between 2018 and 2019 and then secured a transfer to Italian outfit Bologna in the summer of 2019.

Tomiyasu went on to make 64 appearances in all competitions for the Serie A side before he completed a transfer to Arsenal in the summer of 2021.

The full-back made his debut for the senior Japan national team in October 2018, and scored his first goal for his country in January 2019.

So, what do we know about Tomiyasu’s journey to becoming the talented defender he is today? This is his story.

Takehiro Tomiyasu (冨安健洋) was born on 5 November 1998 in Fukuoka, Japan. He has two older sisters, and was planning to take up professional swimming to follow in his sisters’ footsteps but then opted to make the switch to playing football.

His sisters went to swimming classes and he was set to join them, but an injury to his chin meant that he temporarily couldn’t use a swimming pool and that’s when he attended and enjoyed a soccer class experience.

His mother Kayoko has revealed that she adopted a relatively relaxed attitude when bringing up her son.

“I didn’t have any particular education policy [for Takehiro], but I basically left it to my independence and watched over the judgment of right and wrong so that I wouldn’t make a mistake,” explains Tomiyasu’s mother Kayoko.

When he was 11 years old, Tomiyasu was recommended for a trial at an FC Barcelona Soccer Camp by his coach. He was subsequently offered a place in the Spanish club’s youth academy but it was tricky for him to move to Spain and so the switch didn’t materialise.

Tomiyasu then joined Japanese club Avispa Fukuoka in 2009, where he initially played as a midfielder before being switch to centre-half. 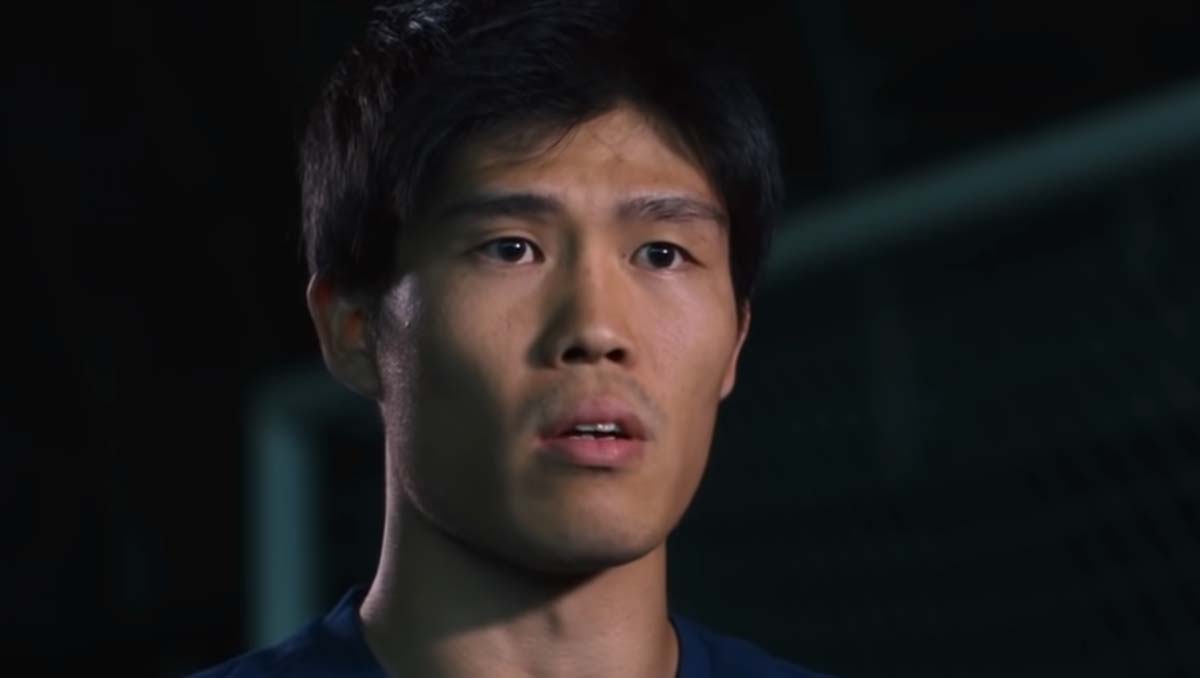 Tomiyasu has previously said that he looked up to former Argentina international Javier Mascherano as one of his footballing idols.

After working his way through the youth set-up at Avispa Fukuoka, he established himself as a first-team regular at the club in 2017.

In total, Tomiyasu made 54 first team appearances for the Japanese side, scoring one goal, from 2015 to 2017. In January 2018, Tomiyasu was on the move to Europe.

On 8 January 2018, Belgian side Sint-Truidense announced a deal to sign Tomiyasu, with the defender signing an initial three-and-a-half year contract with the club until the summer of 2021.

Tomiyasu made his first-team debut for the Belgian club on 12 May 2018 as a late substitue in a 2–1 win against Royal Antwerp.

He was a regular fixture in the Sint-Truidense first team in the 2018-19 season, scoring one goal in 40 games in all competitions in that particular campaign.

Tomiyasu, who was mainly being deployed as a centre-half, scored his first and only goal for Sint-Truidense on 25 November 2018 in a 4–2 win against Anderlecht.

Tomiyasu’s impressive performances for the Belgian side had caught the eye of Bologna in Italy, and the defender was on the move again in the summer of 2019.

On 9 July 2019, Bologna announced that they had agreed a deal to sign Tomiyasu from Sint-Truidense. The transfer fee was reported to be around €7m at the time.

Speaking after completing his move to the Italian club, Tomiyasu said of Serie A: “I have the impression that the defensive tactics are finely prepared. The level of the striker is also very high.”

He added: “I chose this team because I wanted to learn detailed defensive individual tactics. I want to aim to be on the pitch first.”

Tomiyasu made his first-team debut for Bologna on 18 August 2019 in a 3–0 win against Pisa in the first round of the Coppa Italia.

Tomiyasu spent two full seasons at Bologna, and he scored three goals in 64 games in all competitions for the Italian side before a transfer to the Premier League beckoned. 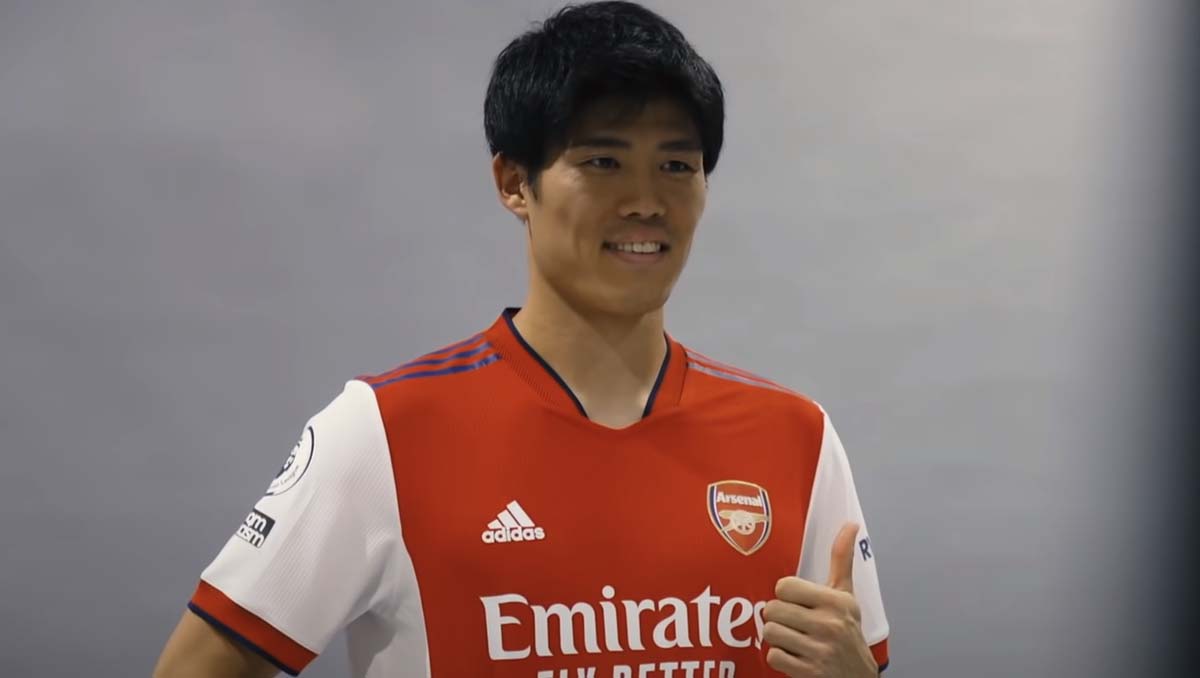 Arsenal completed a deal to sign Tomiyasu from Bologna on transfer deadline day – 31 August 2021. He signed a “long-term” contract with the north London club and the transfer fee was reported to be worth around £16m plus bonuses at the time.

The Athletic reported that Arsenal’s north London rivals Tottenham Hotspur were also interested in signing Tomiyasu earlier in the same transfer window. He was handed the number 18 shirt at Arsenal.

“I am buzzing to be here because Arsenal is one of the biggest clubs in the world, and to play in the Premier League was my big dream when I was young, so I am happy to be here,” Tomiyasu told Arsenal’s in-house media channel after the transfer was announced. “I never imagined that I could play as a player for Arsenal, so I am excited.” 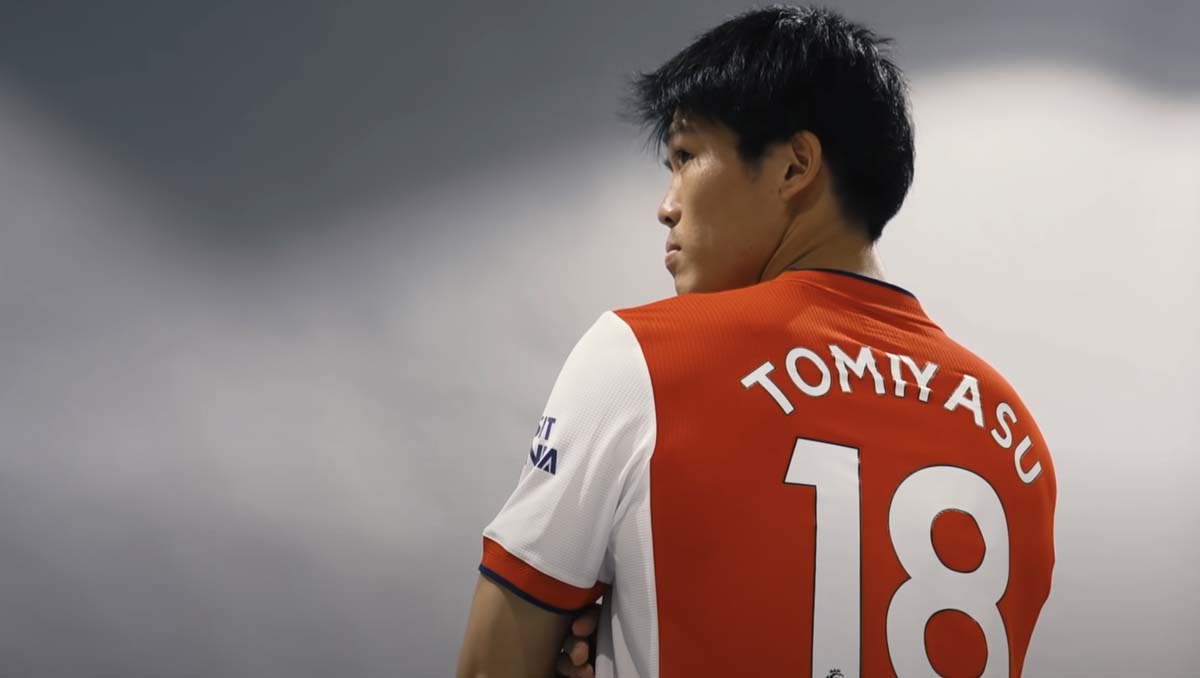 Speaking following the announcement of the transfer, Arsenal boss Mikel Arteta explained why he was a keen admirer of the Japan international.

“Takehiro is a strong defender with good experience in Serie A and at international level,” said Arteta at the time. “He’s a versatile defender with great defensive qualities, high technical ability and composure on the ball. He will be an important member of our squad.”

Tomiyasu made his debut for Arsenal on 11 September 2021, featuring in a 1-0 victory against Norwich City in the Premier League.

He was named as the club’s player of the month for September following his impressive displays in the wake of his move to north London.

After having represented Japan at various youth levels, Tomiyasu made his first appearance for the senior team on 12 October 2018, when he started in a 3-0 victory against Panama.

He scored his first goal for the senior team in a 1–0 win against Saudi Arabia to help Japan reach the semi–finals of the 2019 AFC Asian Cup in January 2019.

Arsenal defender Ben White, speaking about Tomiyasu in January 2022: “Tomi is amazing. He is the best right back I’ve ever played with. He’s always focused. It’s an honour to play next to him. Tomi does the simple things at a world-class level. He is very alert and he isn’t careless in games.”

Arsenal boss Mikel Arteta, speaking in September 2021 about Tomiyasu shortly after his transfer to Arsenal days earlier: “We followed him for a while. We needed a full-back who could be very versatile, can play as a centre back, can play in a back three, Tomi has this capacity. He is 22 years old but he has some really good experience in Serie A and at international level and with the qualities we are looking for.”