Not all tennis balls are created equal. We take a look at the best tennis balls on the market for different surfaces and abilities 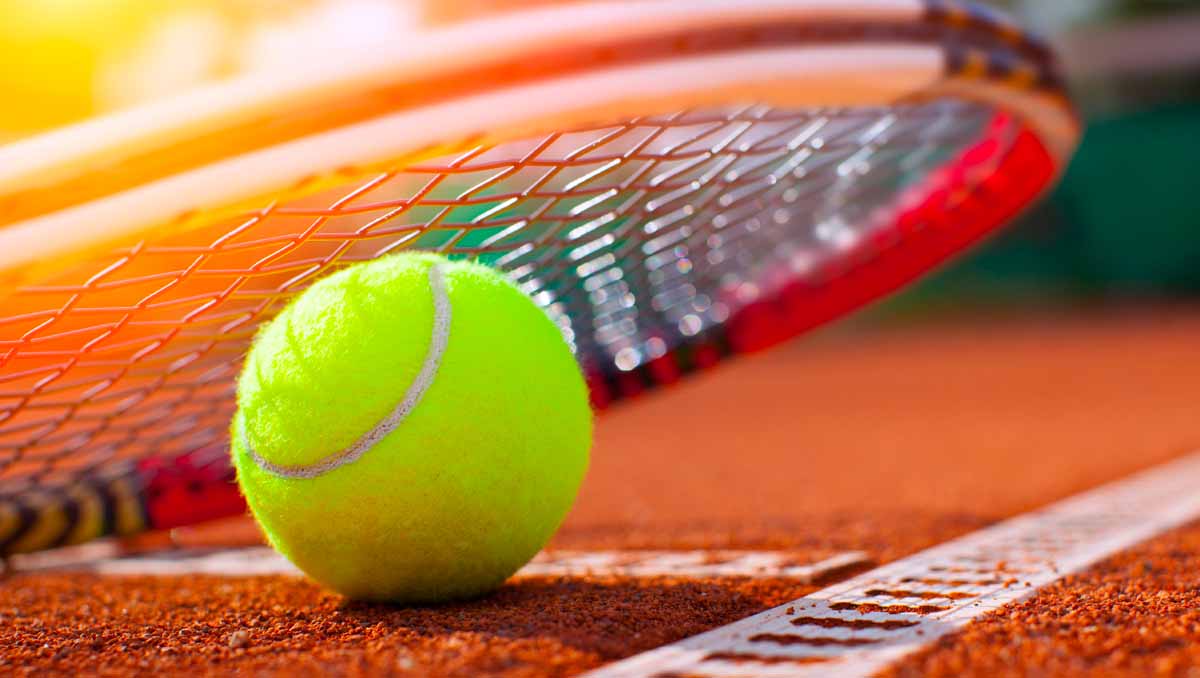 Despite what some people may believe, not all tennis balls are created equal. Indeed, there has never been more variety and choice on offer when it comes to tennis balls.

But which brand should you go for? In this article, we’re going to take a detailed look at the best tennis balls for different surfaces on the market at the moment.

As well as picking out some of the popular brands, we’re also going to examine how often you should be changing your balls and which models are particularly suited to specific surfaces.

So, with the introductions out of the way, let’s begin taking a look at the best tennis balls on offer right now.

The History Of The Tennis Ball

The sport of tennis which we now know and love was developed in the 1870s from the game of royal or real tennis, which has been played for centuries.

In the early days, ‘real tennis’ balls were traditionally made from a spherical stitched envelope of leather or cloth stuffed with rags, horsehair or another similar similar material. More recently, in the modern sport we know today, tennis balls have always been made from rubber.

Tennis balls were not always the bright fluorescent yellow colour we instantly recognise in these days. Indeed, originally, tennis balls were either white or black in colour, depending on the colour of the courts. It wasn’t until 1972 that the International Tennis Federation (ITF) introduced today’s yellow tennis balls into the rules of the sport. Back then, Wimbledon continued to use white balls for 14 years after 1972, but eventually switched to yellow balls in 1986.

High-altitude tennis balls were introduced into the rules of the sport in 1989. Before that, only one type of tennis ball was allowed. In 2002, the ITF introduced three types of balls to be used according to the pace of the surface. They are Type 1 (fast speed) Type 2 (medium speed) and Type 3 (slow speed). 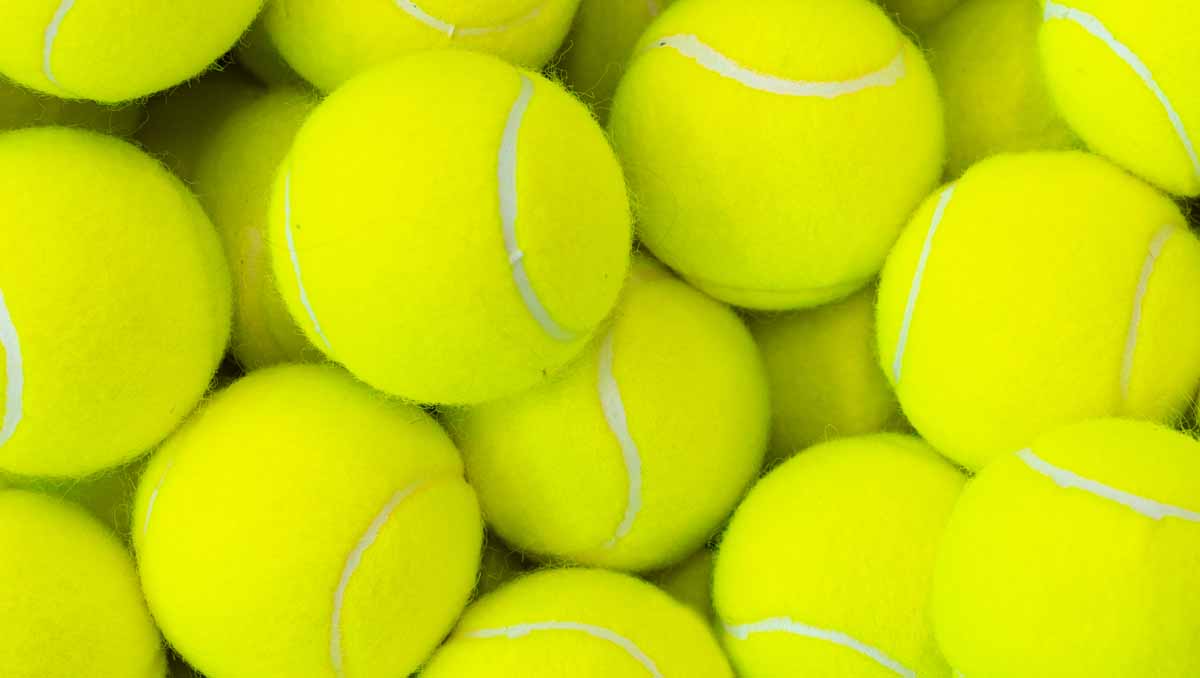 As you can probably imagine, there are now strict rules and regulations in place to ensure that tennis balls conform to certain standards for the professional game. For example, the current acceptable weight for a tennis ball is 56 to 59.4 grams. ITF rules also say that tennis balls must bounce between 53 and 58 inches high after being dropped onto a concrete floor from an elevation of 100 inches.

How Often Should You Replace Tennis Balls?

There is no ‘official’ rule for how often you should change your tennis balls, but generally speaking, it’s a good idea to switch for some new ones whenever the balls are visibly worn or have lost internal pressure (you can test this by squeezing a new tennis all in your hand, and then repeating the procedure as you begin to use it).

Generally speaking, casual players should look to replace their tennis balls every one to four sessions, depending on how long and how hard they are playing for.

Tennis balls are kept in a pressurized can to help them maintain their bounciness. If the can is opened, the balls will gradually lose some of their bounciness even if they are not being used.

It’s also a good idea to do some research into your local tennis ball recycling options. Many tennis clubs and professional stores offer the option to drop off your old balls for recycling. At Wimbledon, you can buy cans of used balls (which have been used for nine professional games) in the grounds at SW19. 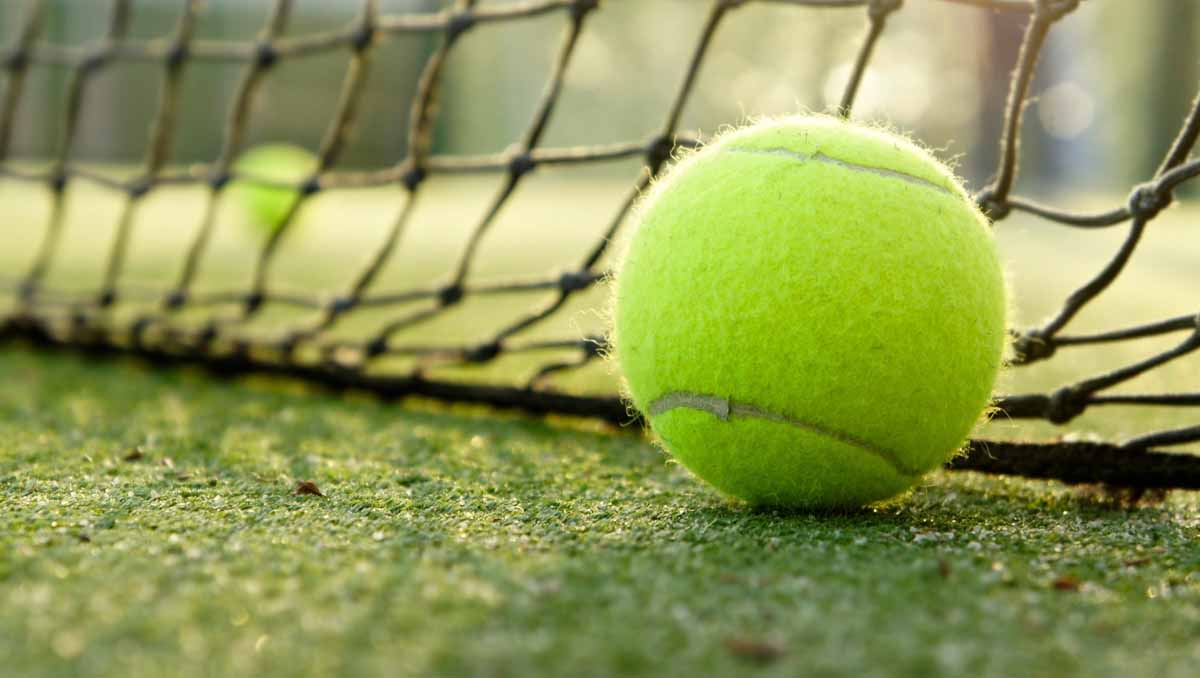 What Do The Professionals Use?

The tennis balls used by professional men’s and women’s players vary depending on the tournament. For example, the current tennis ball used at Wimbledon is the Slazenger Wimbledon, while the French Open uses the Wilson Roland Garros.

So, what are the best tennis balls for you? Now that the introductions are out of the way, it’s time to take a closer look at the best options on the market right now. All of the balls listed below are approved by the International Tennis Federation. 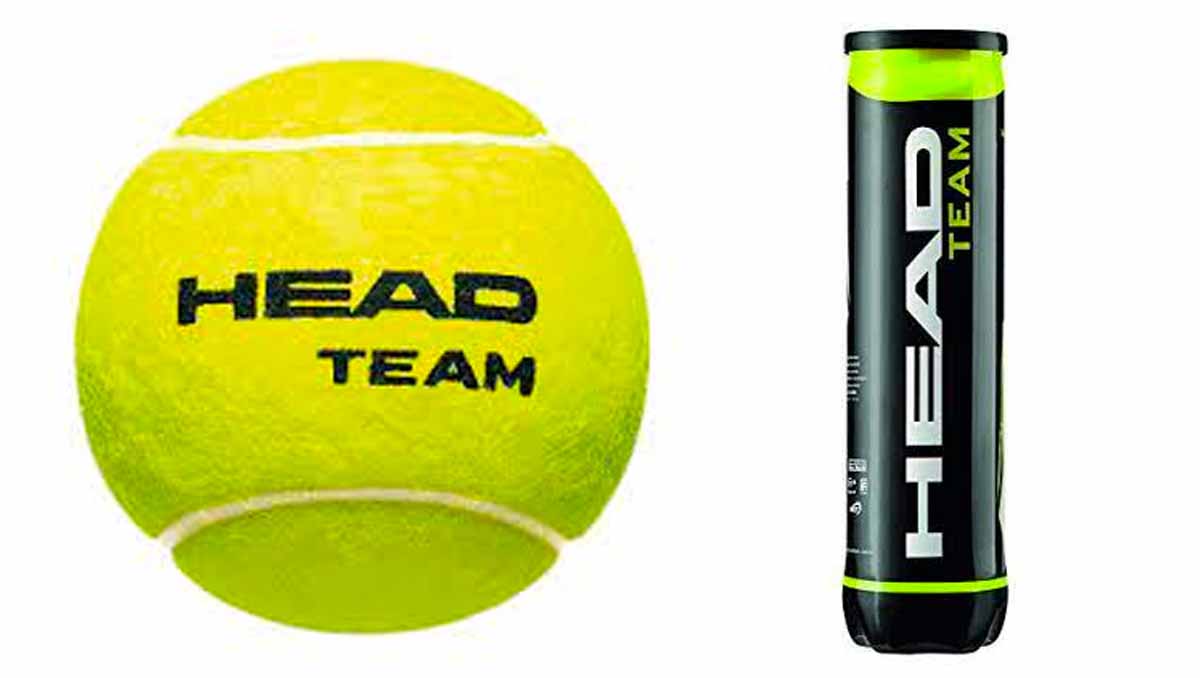 The Head Team tennis ball is a popular option amongst club players. Beginners may be familiar with this particular ball, because it’s often used in tennis lessons because of its relatively affordable price tag. Head say that this ball is a great option for fun game with a friend whether playing on a hard or a clay court. They are officially approved by the ITF and despite its cheaper price tag, the Head Team tennis balls remain a great option for regular players. 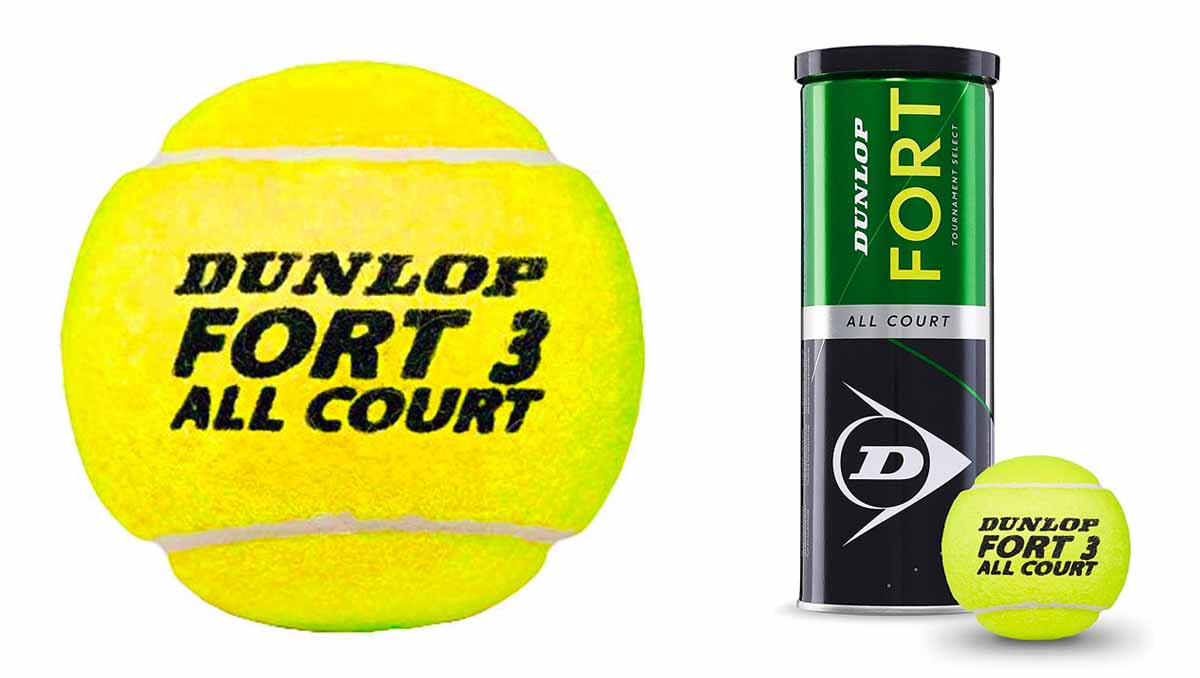 Next up is the Dunlop Fort. Again, this is a popular option for club players, especially if you’re playing mainly on hard courts. It’s an all-court ball which Dunlop describe as being “ideal for elite tournament and club play on all surfaces”. Dunlop Fort balls are also known for being one of the more durable options on the market, so if you play on hard or concrete courts, they could be a good option for you. 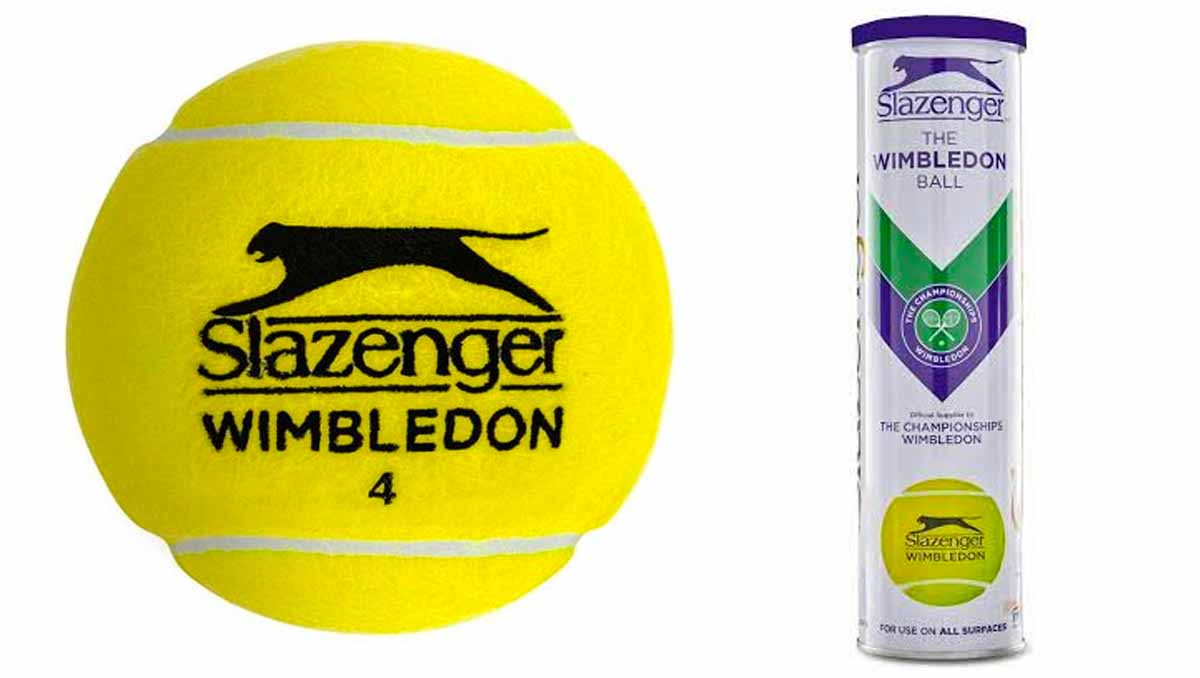 The Slazenger Wimbledon is one of the most iconic tennis balls around. The popular tennis ball has been used at Wimbledon since 1902, with the tournament sticking with the same brand since day one. As you’d expect, this ball performs particularly well on grass and artificial grass courts, and it may fluff up more than some others on hard and concrete courts. If you’re looking for a quality tennis ball with some heritage and history to it, then look no further than the Slazenger Wimbledon. 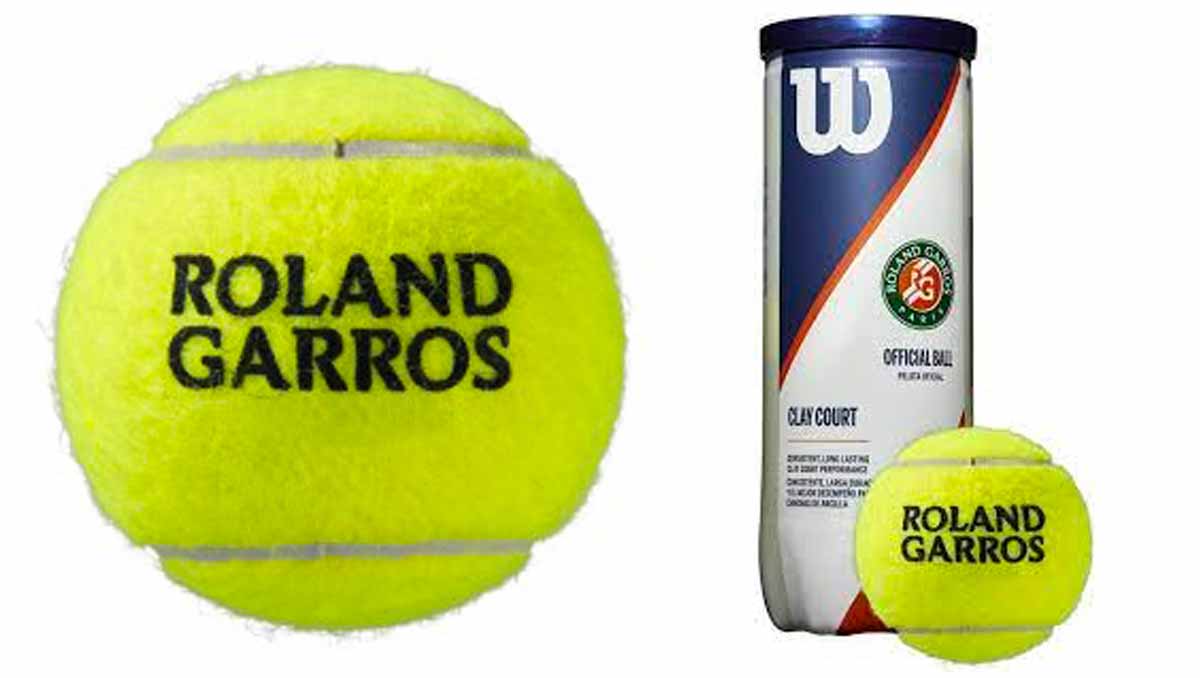 If you’re playing on clay courts, then it makes sense to go for a tennis ball suited to the surface. For clay, there is no better option than the official tennis ball of Roland Garros – the Wilson Roland Garros. This ball features a core which has been designed with longer rallies in mind, with Wilson also claiming that it is “ideal” for use on any surface, not just clay. The balls also come numbered, to differentiate from balls used by other players on neighboring courts if they are using the same brand. 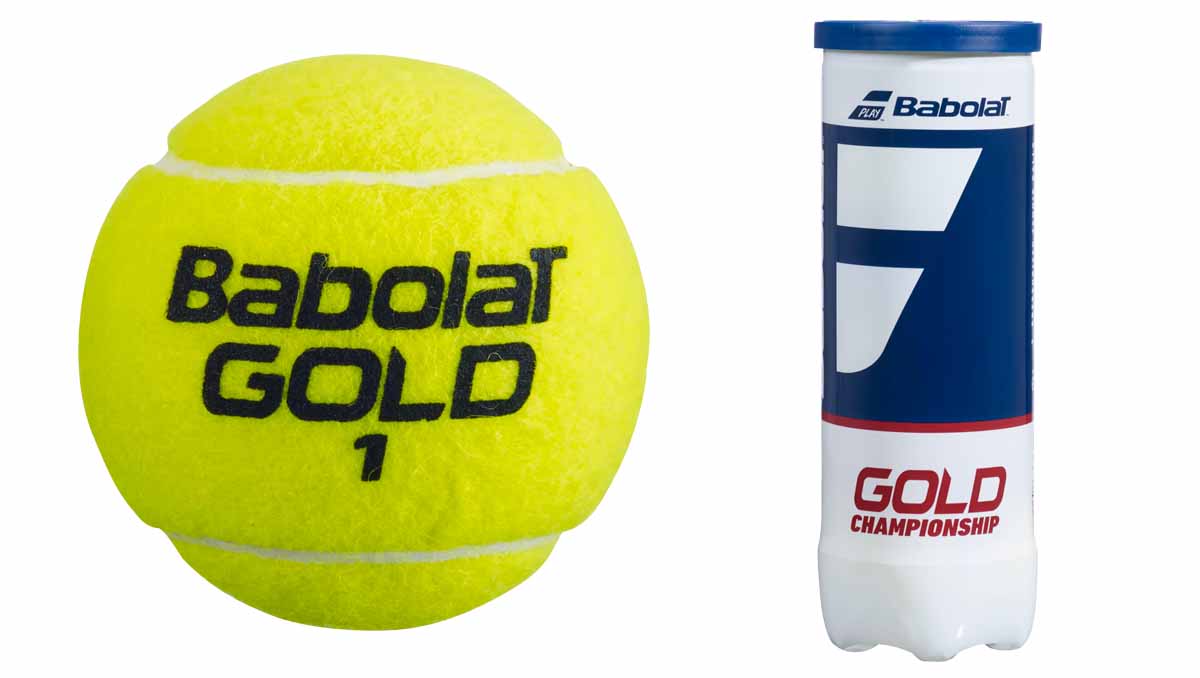 The final tennis ball on our list comes from Babolat, the brand who have supplied Rafael Nadal with his racquets during his glittering career. The Babolat Gold Championship is a durable pressurised ball with good playability, and is a good option if you’re looking to practice and improve your game. The Babolat website says that these balls are particularly adapted to hard courts and that the adapted pressure and core in the ball “provide a good feeling at impact”.

If you’re unsure which tennis balls to go for, it’s always worth speaking to a professional in your local tennis store or club to see what they have to say.

You may also have heard about ‘pressureless’ tennis balls. These are tennis balls which have been designed specifically for training only. Their bounce can feel different to regular tennis balls and although they do offer increased longevity, they are generally not used in matches.

So, that brings us to the end of our look at the best tennis balls on the market right now. We’ve brought you everything you need to know about picking the right ball for you and have selected five options which should be able to suit every level and different surface. The Head Team currently heads our list, but all of the balls on this page should be excellent options.