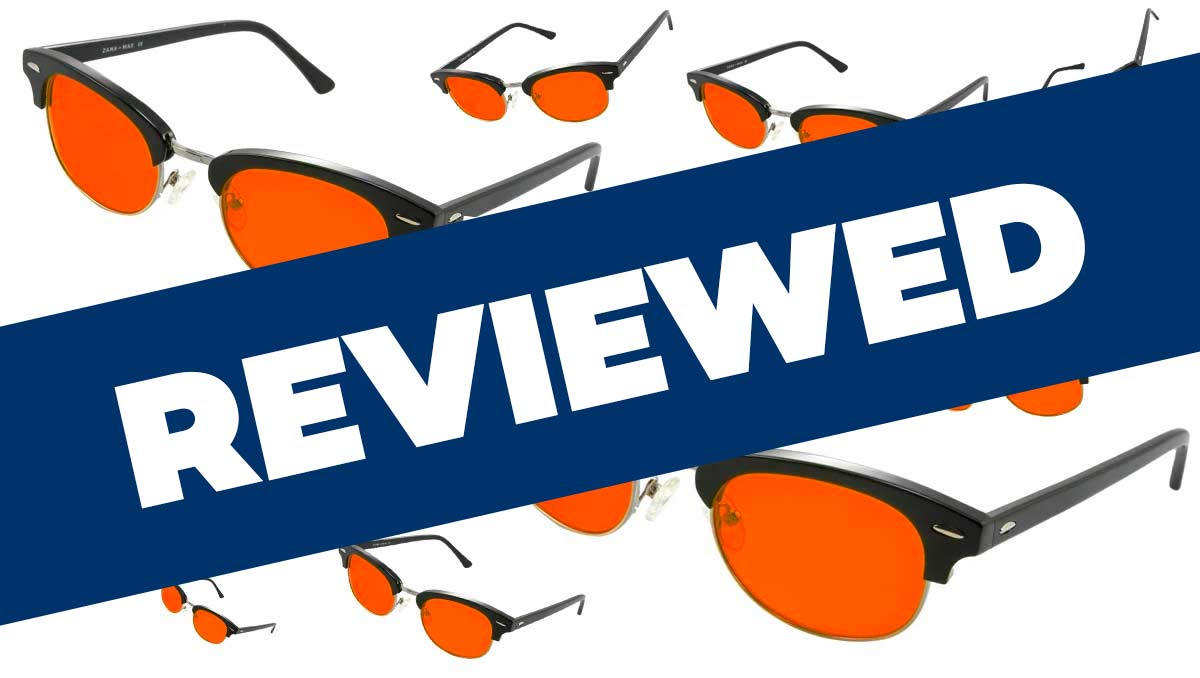 Today we’re going to be reviewing the BLUblox Sleep+ blue light blocking glasses to see where they stand in comparison to the other products out there.

We’ve been hearing a lot about the benefits of using blue blocking glasses after dark as a way to reduce exposure to artificial blue light at night.

We came across the BLUblox brand on social media, and so we were keen to try them out for ourselves to see what they’re really like.

This review is going to take a detailed look at the BLUblox Sleep+ glasses from all angles.

We’re going to be paying particular attention to the quality of the frames, the effectiveness of the lenses and most importantly, we’re going to reveal whether we found them beneficial or not.

This BLUblox review is also going to take a look at some real customer reviews to see what people are saying about them.

Use the code TSR10 at checkout to get 10% off at blublox.com Photo: BLUblox

So, with the introductions out of the way, let’s start taking a closer look at the BLUblox glasses to see where they stand.

The BLUblox Sleep+ range of glasses use special lenses to block out blue and green light. They are designed to be used after dark and therefore reduce exposure to artificial blue light.

First things first, why would you want to block out blue light at night?

You probably already know this, but blue light is everywhere after dark these days. It’s emitted by our television, computer screens, most indoor lighting and it’s often worse in place such as the subway or office buildings. 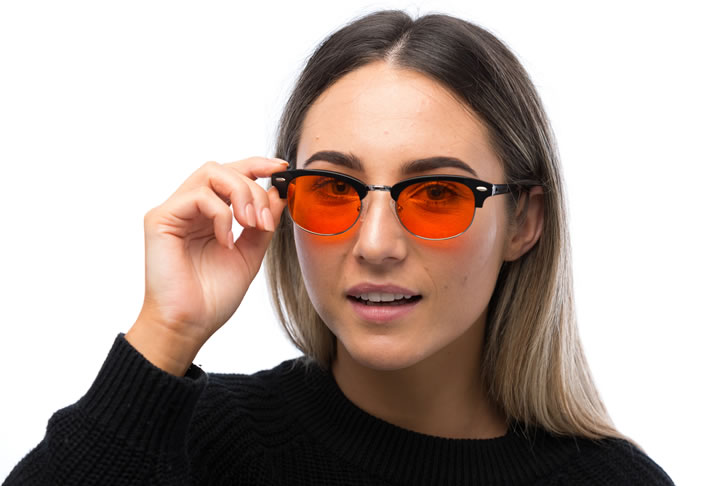 For most of human history, the only sources of light after dark would have been fire or moonlight. The invention of the electric lightbulb changed all of that, and the spread of technology has caused a rapid increase in the amount of blue light present at night in everyday society.

BLUblox is an Australian brand that has quickly established itself as one of the leading players in the blue blocker glasses market.

Blue light blocking glasses have actually been around for quite a few years not, but they have not been exactly stylish.

What BLUblox have done extremely well is combine the correct effective lenses with stylish frames.

If you’re going to commit to wearing blue blockers after dark, you’ll definitely want to get some frames that you’ll be comfortable wearing out and about.

Arguably though, it’s the lenses that you’ll want to pay close attention to. You want to be sure that they will actually block out all of the important blue light frequencies so you can get the maximum benefit.

BLUblox partnered with a leading Australian optics specialist to develop a lens which blocks 100 per cent of blue and green light from 400-550 nanometers, which makes the Sleep+ one of the leading lenses on the market.

So, now that we’ve taken a closer look at the basic points you need to know about the Sleep+, it’s time to examine the styles and frames available.

The Styles and Frames

We ordered three different styles of frames to try out – the Wayfarer, the Willis and the Crystal.

BLUblox have a total of 22 different frame styles, so there should be enough choice for you to be able to find a style that suits you.

Let’s now take a closer look at each one of them: 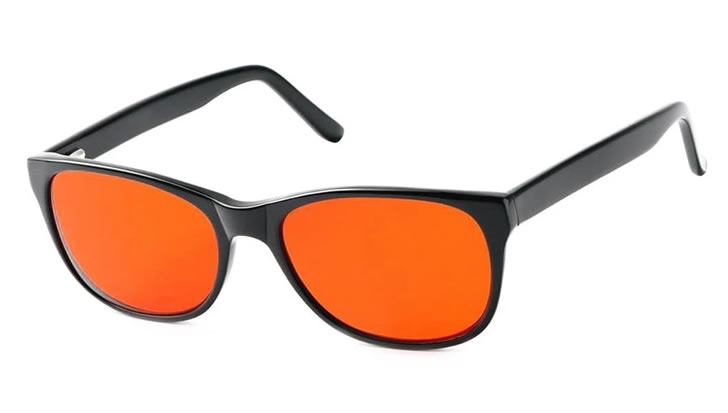 These have a classic look to them, and are a medium to large frame. A good option if you’re looking to keep it simple. 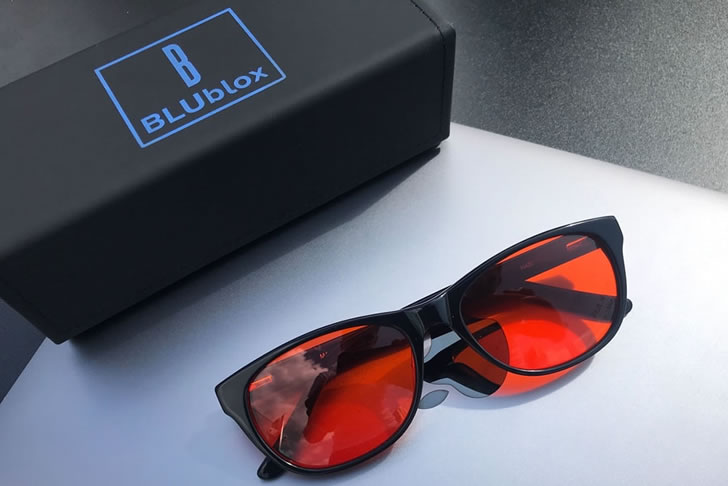 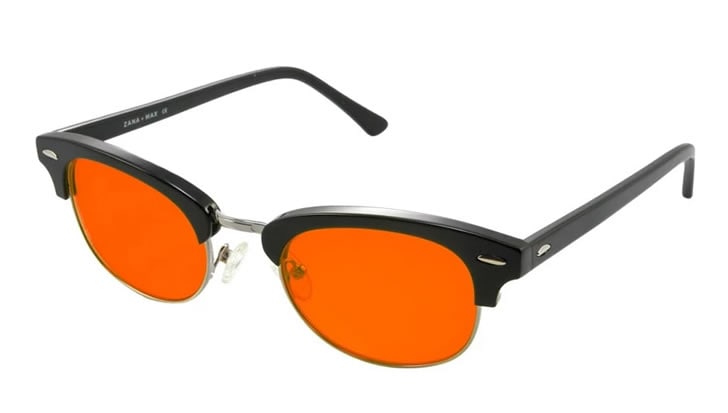 This is the better looking of the three frames we ordered in our opinion. They boast a similar look to the ‘Clubmaster’ Raybans that have become so popular in recent years. 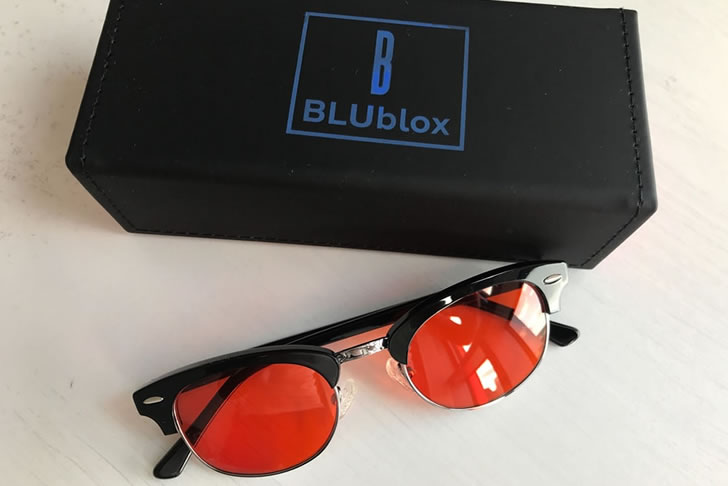 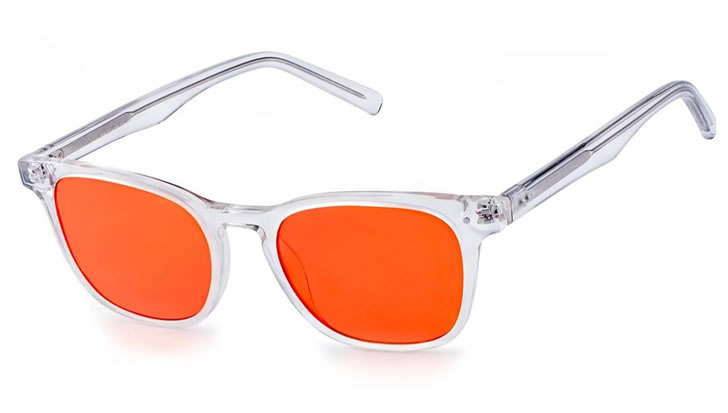 This is a smaller frame made of transparent plastic. The Crystal style may be the best one for you if you’re usually suited to glasses or sunglasses with smaller frames.

All of the BLUblox range of glasses come with a high-quality protective box, along with a separate sleeve and cleaning cloth.

In terms of the quality of the frames, we were impressed with all three styles. The one downside of the black frames is that they tend to show fingerprints more than the other options, but that’s nothing that can’t be solved with some cleaning.

So, what effect do the BLUblox Sleep+ glasses create and how did we find them?

The first thing you’ll notice when you put them on for the first time is that they make everything, well, just really red!

Most of the blue and green frequencies are completely cut out, so everything has a red and orange glow to it.

The Sleep+ lenses really do a great job of mimicking the colors of fire, which is exactly what you’re looking for if you want a pair of nighttime blue blocking glasses.

So, what was the effect for us?

We started off by putting on the BLUblox Sleep+ about two and half hours before going to bed.

We certainly noticed feeling more sleepy after having worn them for about an hour, and they seemed to help us feel more relaxed, too.

One thing to bear in mind is that the lenses are really red! For that reason, it does alter the experience of watching your favorite TV show, for example. However, you do get more used to it after a few days of consecutive use.

Because they do make everything look quite a lot darker, we do not recommend wearing them while driving or operating machinery, obviously.

We were using them in London, and one of the brightest places after dark in the English capital is actually on the Undergound, which uses some really harsh fluorescent lighting.

We found that the BLUblox Sleep+ lenses made a huge difference to the way we felt as we travelled home at nighttime. Everything was a lot more relaxed!

We did some digging online to see what other customers were saying about the BLUblox Sleep+ glasses.

They have only been available on Amazon for a short while, and at the time of writing, they had an average rating of 3.8 out of 5 stars from six reviews.

It’s probably best not to draw too many conclusions from this score until more reviews have started to filter in.

One thing to point out is that the quality of this product is more in the lenses than the frames.

The lenses have been specifically engineered to block out the necessary frequencies of blue and green light, and they are likely to be the most expensive part of the package.

We had no problems at all with our frames but they are not the top-of-the-range frames you may find from some premium retailers.

The most important thing when picking out a pair of blue blocking glasses is to make sure that the lenses are appropriate.

The only other slight downside of the BLUblox range is that they are a premium-priced product, which means they may not fit into everyone’s budget.

Are These The Best Blue Blocking Glasses for Sleep?

We rate the BLUblox Sleep+ as one of the top of the range blue light blocking glasses out there right now.

Click here to check out the full range on the BLUblox website (and to get a 10% discount off your order).

Anything Else to Consider?

We’re huge fans of Blue Light Blocking glasses. However, you should not expect them to solve all of your problems.

Yes, getting a high quality pair of blue blockers to wear after dark can have a dramatic effect, but you should always try and optimise all areas of your health, including diet, exercise and nutrition.

Wrapping Things Up – Our Final Thoughts

We have been hugely impressed by the BLUblox Sleep+ glasses range, and we really cannot remember what our lives were like without them!

We love the fact that they have such a big range of different styles, and most importantly of all, they feature high quality lenses that will actually work to block out the important frequencies of blue and green light.

If you’re looking for a quality pair of nighttime blue light blocking glasses, look no further than the BLUblox Sleep+ range.

You can get 10% OFF your order at BLUblox by using the code TSR10 at checkout. Click here to visit the official BLUblox site.

For more information and to buy now: www.blublox.com

Is There a BLUblox Discount Code and Coupon Code?