By The Sport Review
Updated on Saturday 28 May 2022 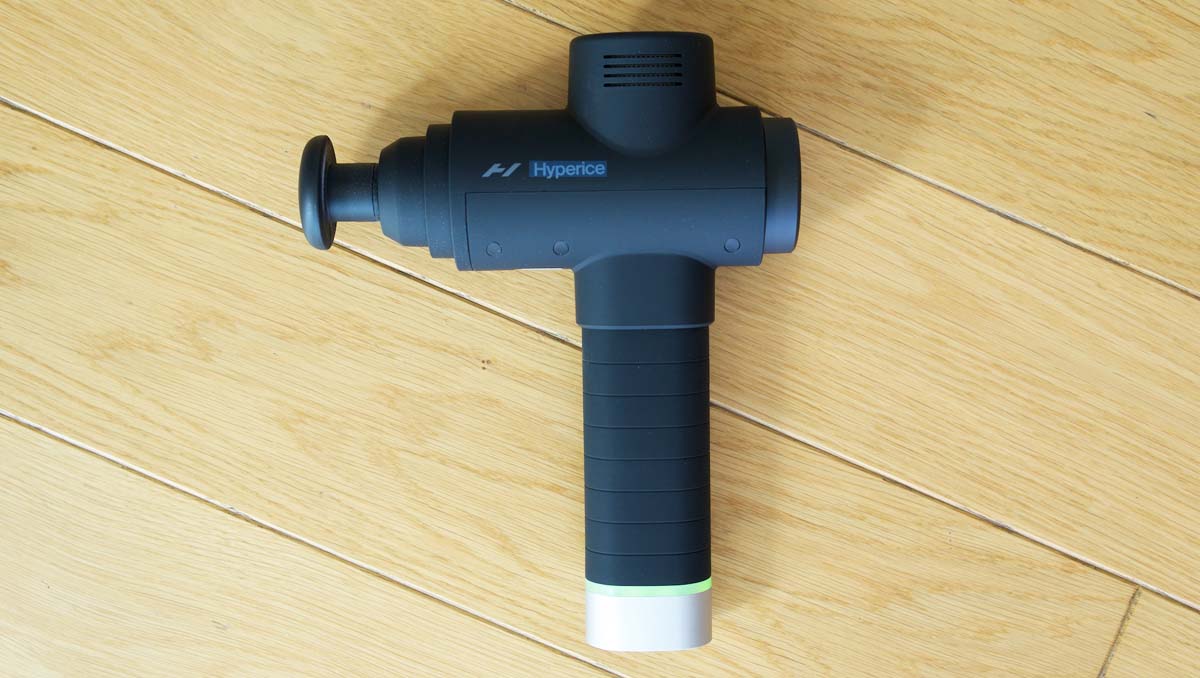 The Hyperice Hypervolt 2 Pro is a premium-quality massage gun used by professional athletes and that’s been designed to help you recover faster.

Featuring a detachable battery and five percussion speeds, the Hypervolt 2 is an impressive device that can deliver on its promises.

Billed as the ‘professional’ version of the Hypervolt 2 (which we have also recently reviewed on the site), the Hypervolt 2 Pro features a more powerful motor and is slightly larger than the regular model.

But, does it live up to the hype, and is it worthy of its premium price tag?

In this review, we’re going to take a detailed look at the Hypervolt 2 from all angles, focusing on all of the important things you need to know, including its effectiveness, what it’s like to use, and how loud it is.

So, with the introductions out of the way, let’s begin taking a closer look at the Hypervolt 2 Pro in more detail.

The Hypervolt 2 Pro is the second generation premium massage gun made by Hyperice. It shares many of the same features as the slightly cheaper Hypervolt 2 but with a few key differences to give it the edge and a higher price tag.

Like it’s smaller sibling, the Hypervolt 2 Pro comes with five different head attachments and a battery life of around three hours. Both devices also connect via Bluetooth to the Hyperice app, and they are both approved by TSA for carry-on luggage when flying. 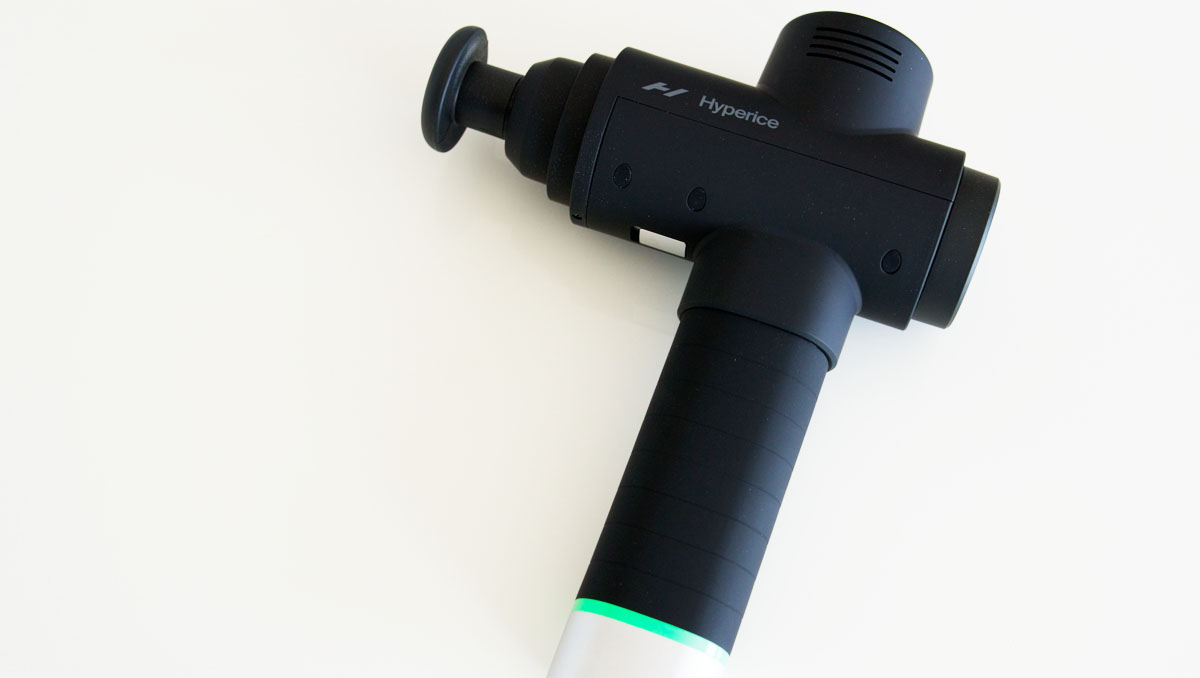 Both the Hypervolt 2 and the Hypervolt 2 Pro also feature a pressure sensor which showcases how much pressure is being applied during use, which is a great feature when you’re just getting to grips with the device.

That’s where the similarities between the two products end. The Hypervolt 2 Pro is a slightly larger (and therefore heavier) device and comes in a matte black colour, rather than the lighter grey of the Hypervolt 2.

The Hypervolt 2 Pro also features a detachable battery, meaning that you get a replacement or back-up power pack if required. Detaching the battery unit, which is the entire handle, can also make it easier to stow the device away in a bag if you’re travelling.

Unlike the other products in the range, the Hypervolt 2 Pro also has an easy-to-use speed dial on the back of the gun which allows you to select five different rates of percussion, which is two more than the other two devices in the product line. 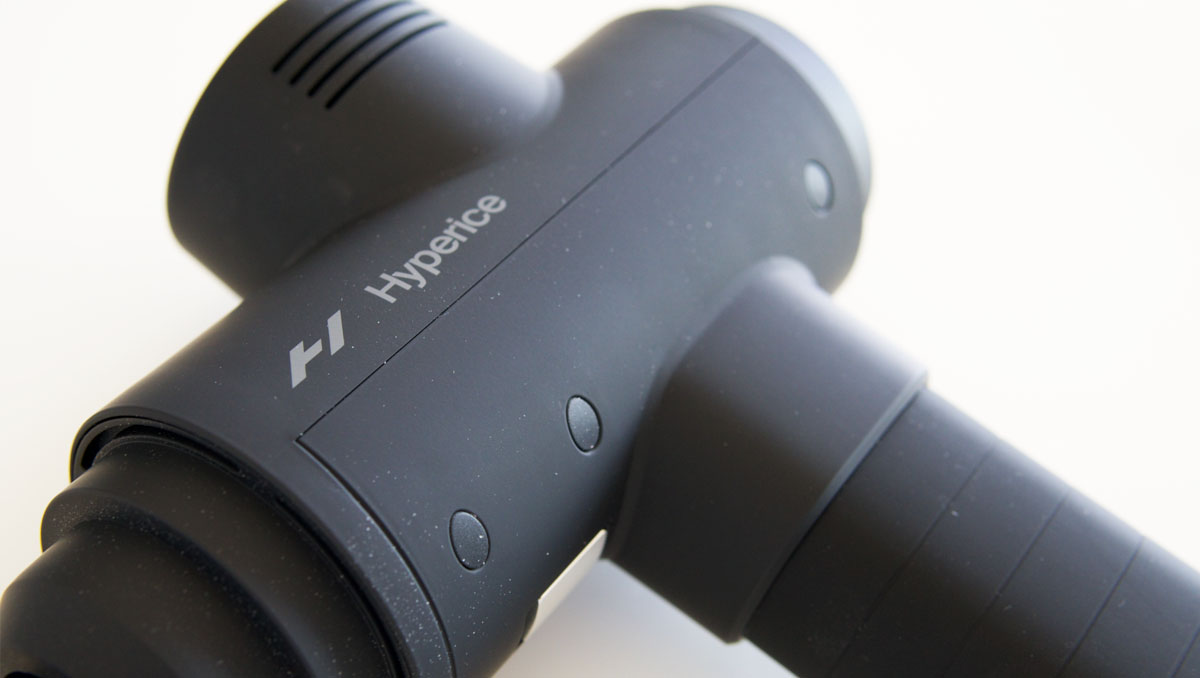 Hypervolt’s flagship ‘flat’ attachment is the one you see pictured here and in most of the product marketing material.

One slight disappointment is that the Hypervolt 2 Pro does not come with a carrying case, which some rival products do include. Instead, you have the option of buying a separate case directly from the Hyperice website for £65 / $49. 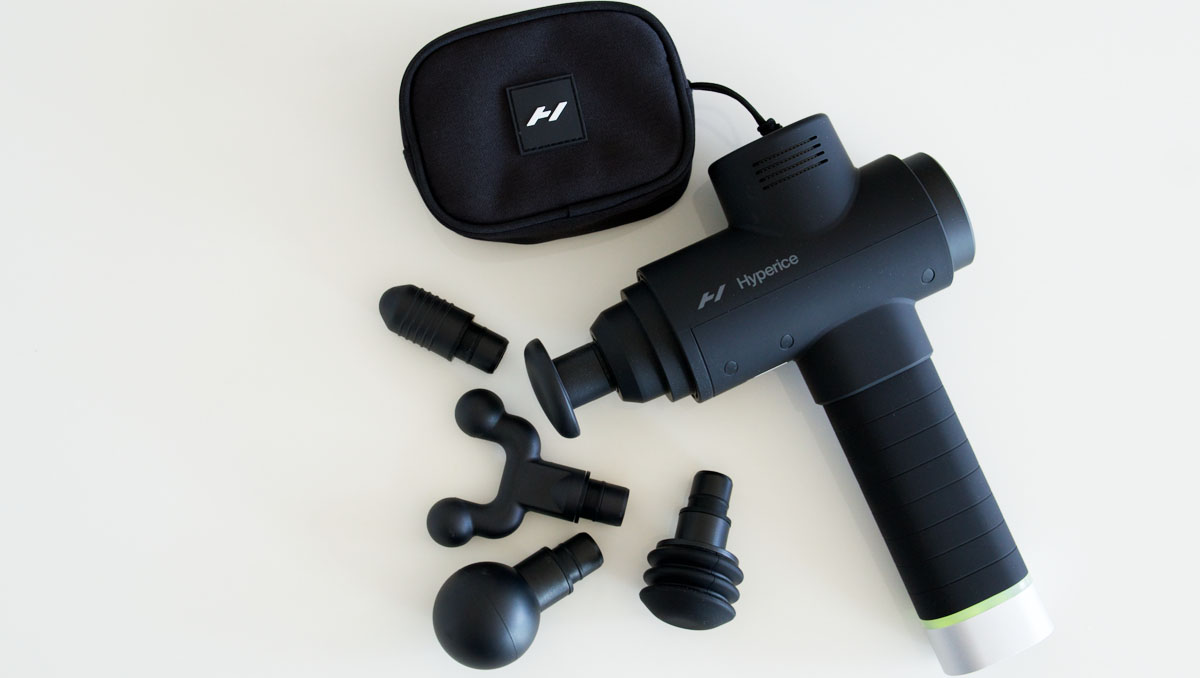 That being said, the Hypervolt 2 does come with a small carrying case for the five attachments, so you can keep them all safe and in one place while travelling.

Let’s now move on to the next part of our review and take a look at what the product is actually like to use.

The first thing you’ll notice when taking the Hypervolt 2 Pro out of it’s sleek box is the quality feel the product has to it as a whole. It’s heavy, but not too much so, and just has a sturdy all-round feel to it.

Using the device is simple. There is a power on-off switch at the bottom of the handle, and the speed dial on the back of the gun allows easy control of the speed and power.

The bottom of the handle features a green LED which informs you when the device is switched on.

When turning on the product for the first time, we were impressed by the quiet and efficient power of the motor (we’ll delve deeper into the sound in the next section).

Switching the head attachments is easy, and we found that the device was a brilliant addition to our warm-ups and warm-downs before and after playing tennis or going for a run.

You can also connect the device to the Hyperice smartphone app via Bluetooth to benefit from automatic speed adjustment and guided routines from professional athletes. 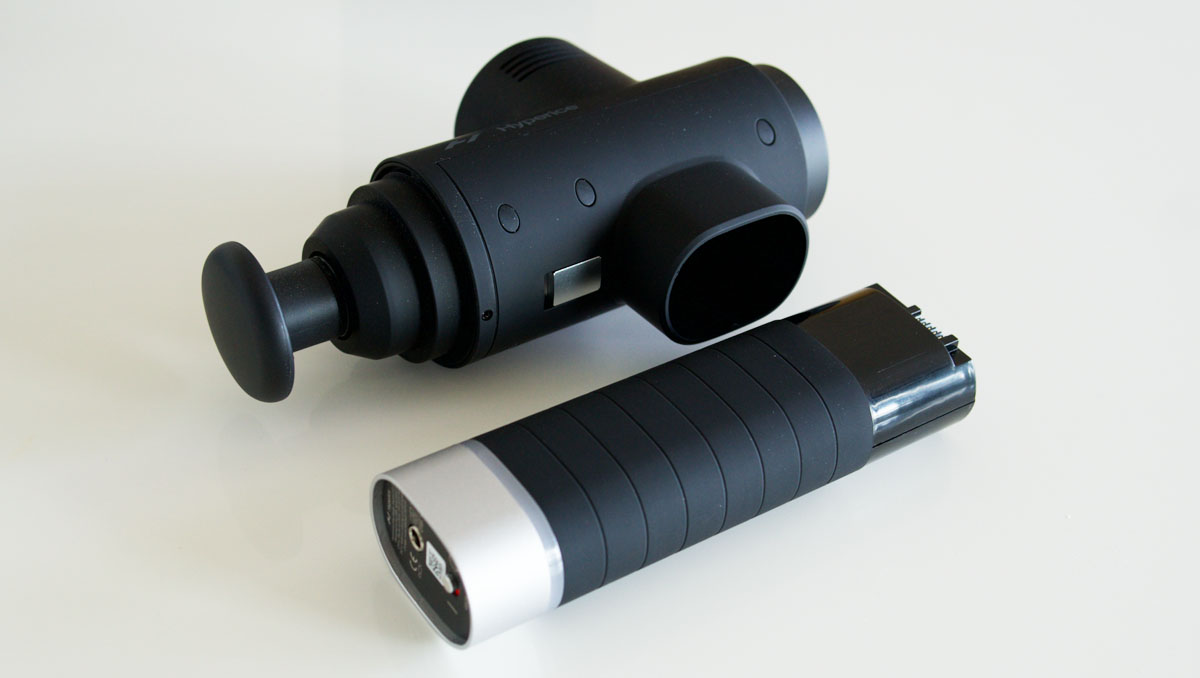 The device comes with a charger featuring different plug attachments, which could come in handy if you travel a lot, and the battery life is around three hours.

Let’s now take a look at one of the most important considerations when picking out a massage gun – the noise it makes.

Overall, we were pleasantly surprised by how quiet the Hypervolt 2 Pro is when it’s in use.

When running it on the lowest speed setting, it really is one of the quietest massage guns we’ve tested, and the noise level is around the same as the equally-impressive Hypervolt 2.

Of course, moving up the speeds does increase the noise significantly (the difference between the lowest and highest speed settings in terms of noise is rather noticeable) but overall this is one of the quietest massage guns we’ve tried. 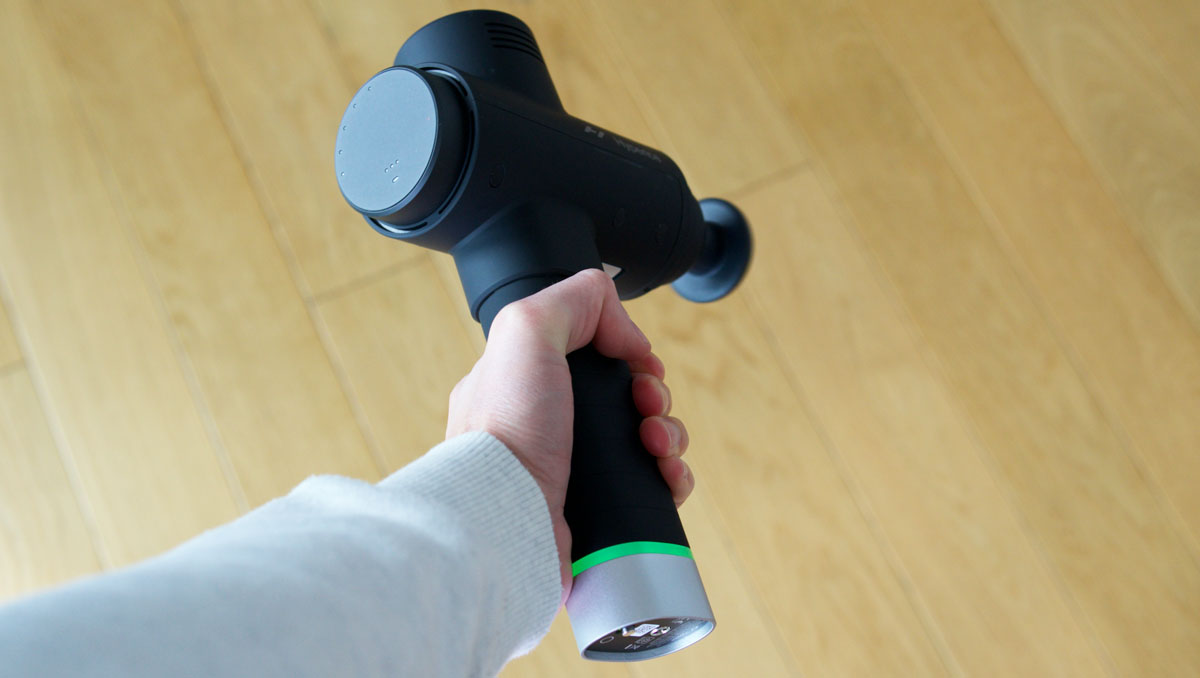 There is no getting away from the fact that this is a premium-priced massage gun and it may not fit into everyone’s budget.

At the time of writing, the Hypervolt 2 Pro costs £379 / $399 on Amazon or at the official Hyperice website.

You can pick up the Hypervolt 2 Pro directly from the manufacturer on the official Hyperice website, or you can also find it on Amazon in both the UK and USA.

As we mentioned above, the Hypervolt 2 Pro appears to be a well-received product amongst customers. 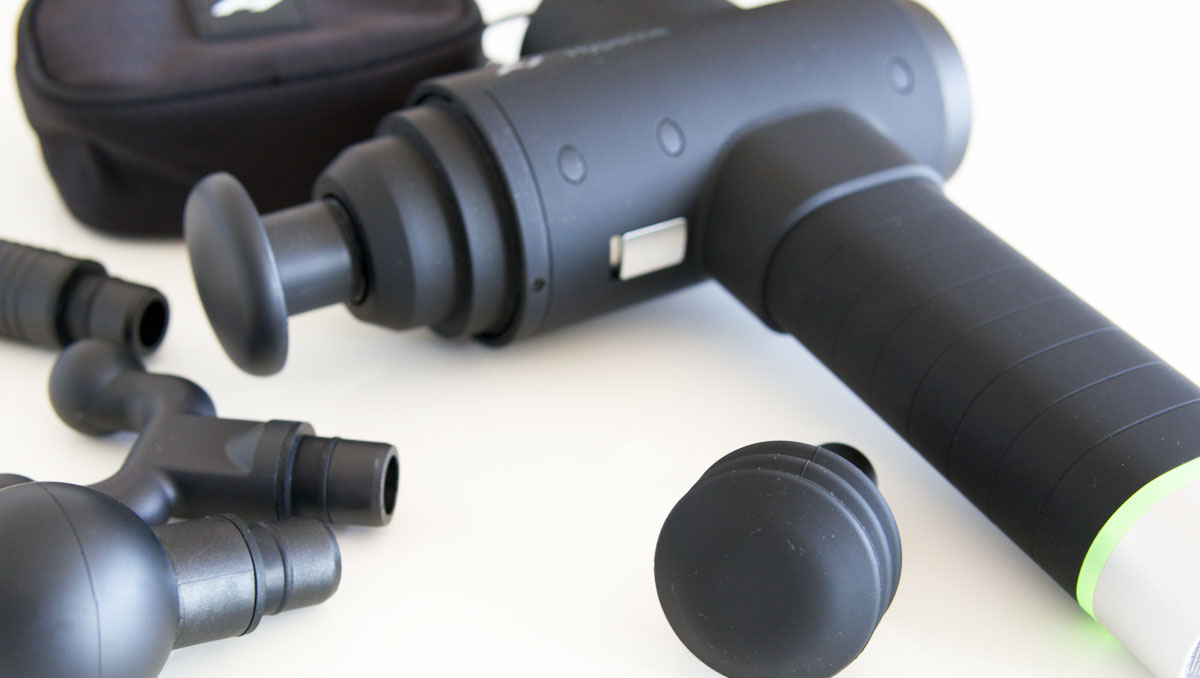 The Hypervolt 2 Pro was only launched in September 2021, so we would expect more reviews from customers to filter through in the coming weeks and months.

Let’s now take a look at some of the pros and cons of the Hypervolt 2 Pro.

Cons:
• No carrying case for the device (one is supplied for head attachments only)
• Switching the power connections for different countries on the charger can be a little bit fiddly 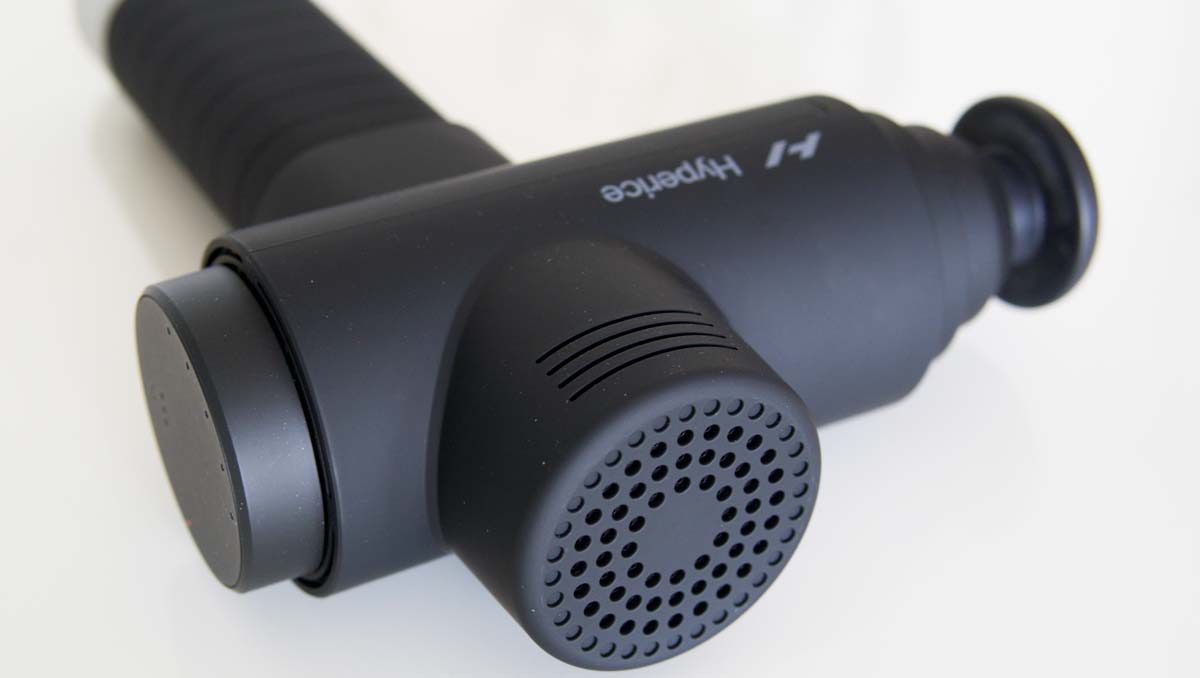 As we always mention in all of our content around massage guns, it’s important to remember that they are not medical devices. If you have or suspect a medical problem, you should speak to your doctor.

It’s also worth bearing in mind that a massage gun, although extremely useful, is probably not going to be able to replace the tailored and personalised treatment and advice you would receive by visiting a qualified physiotherapist for a sports massage, for example.

So, that brings us to the end of our Hyperice Hypervolt 2 Pro review.

All in all, we were highly impressed by this percussion therapy device. It is powerful, quiet and easy to use.

True, it doesn’t come with a carrying case and has a premium price tag, but it is most certainly one of the best massage guns we’ve tested out.