Muscle Recovery After Sport – Some Key Ideas To Bear In Mind

By The Sport Review
Updated on Thursday 18 June 2020 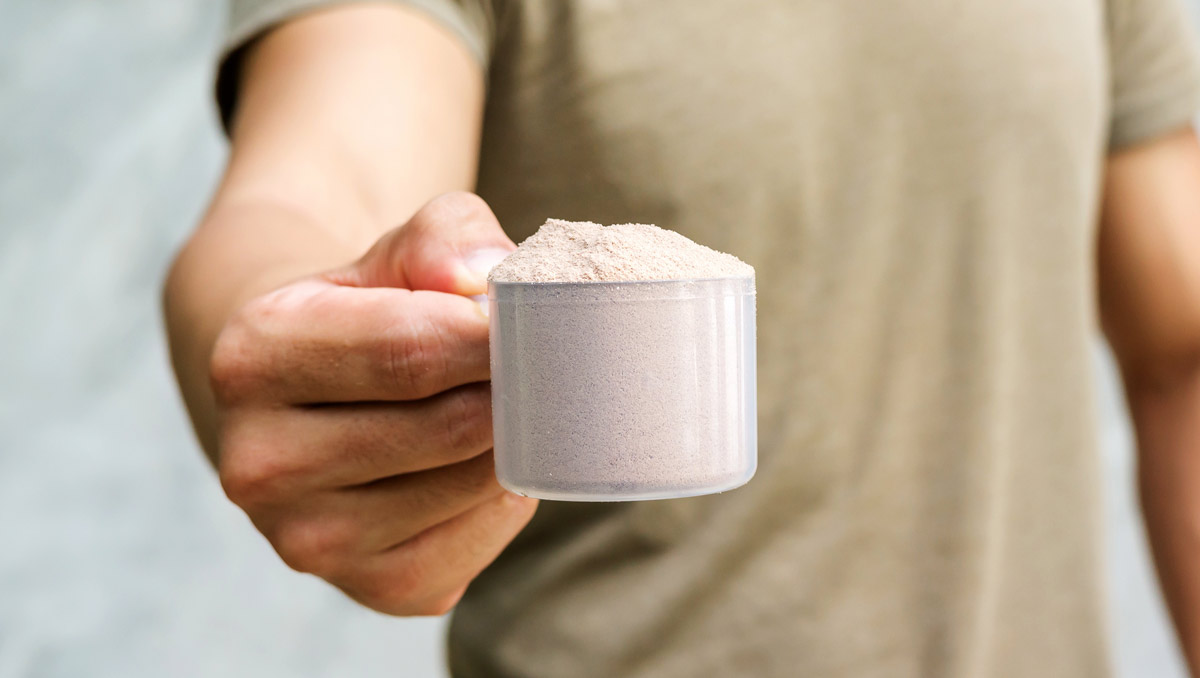 Protein contributes to the growth and maintenance of muscle mass (Photo: Adobe Stock)

After a hard training session or after playing a full part in a match of any type, the body (in particular the muscle) needs to recover.

But recover what? There are three key areas for recovery – energy, muscle structure, and fluids. So let’s look at these in turn to understand what’s best for muscle recovery after sport.

As a result of any form of reasonable exercise, let alone playing any sport competitively, the muscle mainly uses its own energy stores to function. If the activity is intense, then there is a greater likelihood of the limited carbohydrate stores being somewhat depleted (the more intense or the more prolonged the effort the greater the depletion).

In recovery, muscle needs to have its carbohydrate stores (muscle glycogen) replenished. The requirement for speedy recovery is dependent on how soon further training or another match takes place. In many cases the need is for fast recovery (within 6-24 hours). Muscle has the capacity to completely replenish glycogen within 24 hours if enough carbohydrate is consumed. Refuelling demands fast acting carbohydrate sources i.e. those that are digested and absorbed quickly and are known as high glycaemic index (GI) foods e.g. potatoes, bread, rice, pasta, sports drinks.

The amount of carbohydrate needed for rapid recovery is 1.2g per kilogram body mass within an hour and this should be repeated every two hours or so for rapid recovery. For a 70kg person, this amounts to 84g taken repeatedly. The carbohydrate source can be eaten or taken in liquid form: whatever is preferable and handy. However if food is eaten, then liquid must be taken as well since glycogen is stored in combination with water.

In some cases an individual may not wish to replenish stores too rapidly either because the time between sessions is 24 hours or longer, in which case eating or drinking any form of carbohydrate is sufficient. In some cases where reduction of body fat is important, keeping off carbohydrates may be the order of the day.

Any form of strenuous exercise results in the inevitable breakdown of muscle structure (i.e. muscle protein), and hence the need for muscle to (in effect) repair itself. Eating or drinking some source of protein after training is essential, since the ingested protein will stimulate muscle building and repair.

The amount of protein needed is around 0.3g per kilogram body weight, and should be consumed within an hour of completion. For a 70kg person, this amounts to 21g of protein. As with carbohydrates the speed of getting protein into the blood and muscle is important. Most protein-containing foods also contain some amount of fat which slows down digestion and absorption, and so invariably protein foods take longer to ‘get into the system’.

Liquid sources of protein, such as milk and egg white, as well as low fat meat, such as chicken, can be used for faster delivery of protein whereas fatty meats and fish and whole egg will be slower. Other protein containing foods such as yoghurt, cheese, nuts, and pulses are also helpful – although it is important to consider how much fat is associated with that food.

To work out how to achieve the required amount protein from foods it is necessary to examine the nutrition label on the food and see how much is needed to be eaten. For example, 100g of meat or fish usually contains about 25 g of protein whereas an egg contains 7g, Greek yoghurt around 20g per 200g, a pint of milk about 16g, and lentils or beans approximately 14g per 100g.

Whey protein is almost equivalent to high GI in so far as it is rapidly digested and absorbed, and so gets into the system quickly for incorporation into muscle.

Casein on the other hand coagulates in the stomach and so is emptied more slowly, thereby making it a useful source at night to help muscle recovery overnight. A good natural source of casein is cottage cheese.

Other factors to consider include taking protein before training since there is evidence that doing so results in less muscle breakdown during the session as well as enhanced recovery after the bout. I always insist my athletes have some protein an hour or so before training and again as soon as convenient after training.

Finally, mention should be made about the quality of the protein consumed. By this is meant how much protein is in the food, and how good is it’s amino acid profile. Most vegetable-based proteins possess a lower amount of protein per serving , and also may lack in sufficient quality of the amino acids making up the protein. Of course protein supplements are mainly protein and so there is no need to consume large amounts – hence easier to digest perhaps. Furthermore, whey and casein contain all the essential amino acids needed for health and recovery.

Probably the most influential amino acid for stimulating muscle protein synthesis is leucine, one of the three branched chain amino acids. The other amino acids present in food and drink are required for being incorporated into the protein structure rather than stimulation of muscle rebuilding.

Water is needed to help store carbohydrate in muscle, since 1 gram of glycogen is stored with 3g of water. Furthermore, since around 60 per cent of muscle constitutes water, there is an issue with maintaining structure.

The amount of water that is required to hydrate a person after training is 1.5 times the weight lost during that session. So get used to weighing yourself before and after training. Liquids such as soup, milk, or sports drinks are fine and probably better than plain water which has a tendency to pass back out via urination and so not hydrate. However, drinking water with a meal is fine since the major influence on retaining fluids in the body is sodium. Sodium is found in foods, soups, milk, and of course sports drinks, although not in most fizzy beverages.

What about minerals, vitamins and antioxidants?

Some people recommend taking selected minerals and vitamins in recovery, particularly if the exercise has been intense and prolonged. Certainly ingesting sodium and magnesium is beneficial since they are lost in sweat. The inclusion of some vitamins is more controversial since they are suggested because of their antioxidant properties i.e. vitamins C and E. Likewise minerals such as selenium have been suggested because of antioxidant effects.

Exercise requires greater amounts of oxygen, and this invariably results in greater free radical production. Free radicals cause tissue damage, and hence the thought that giving a person a whole series of antioxidants after exercise will result in lowered tissue damage due the free radicals being quenched.

The jury is out on this matter since it must be remembered that body produces its own antioxidants, and that part of the adaptation to training is for the body to produce its own antioxidants rather than providing it with outside sources. There is scientific evidence that some of the minerals and vitamins taken as antioxidants do not appear to work anyway – at least not after exercise. Let the body help itself!

• Carbohydrates should (in most cases) be consumed in the first hour after exercise to replenish the stores. The amount consumed should be around 1.2 g per kilogram of body weight and preferably be high GI for faster recovery.

• If the time period between training is 24 hours or more, then low GI foods are fine.

• Due to the fact that most protein foods take some time to be assimilated into the body, there is a case for ingesting protein supplements

• Whey protein is rapidly taken up into muscle whereas casein has a slower response. In this instance whey is likely to be better before and after training during the day, whilst casein may be better at night

• Do not forget fluids. Remember, muscle water is a major component of structure and that muscle glycogen cannot be stored without water.

• Drink (in litres) 1.5 times the body weight lost (kg) during exercise for rehydration. The types of drink most beneficial contain adequate amounts of sodium.

• Ingesting antioxidants after exercise is unlikely to prove beneficial.

Professor Don MacLaren is part of the team who have developed Nutrition X’s range of fully tested products, which have become the No.1 choice of sports nutrition for numerous elite athletes, amateur sports people and casual gym users alike.

For more information, or to discuss your sports nutrition requirements, please contact Don MacLaren via www.nutritionx.co.uk

How To Train Your Legs To Build Muscle And Get Ripped

Need To Reduce Body Fat? Here’s What You Need To Know