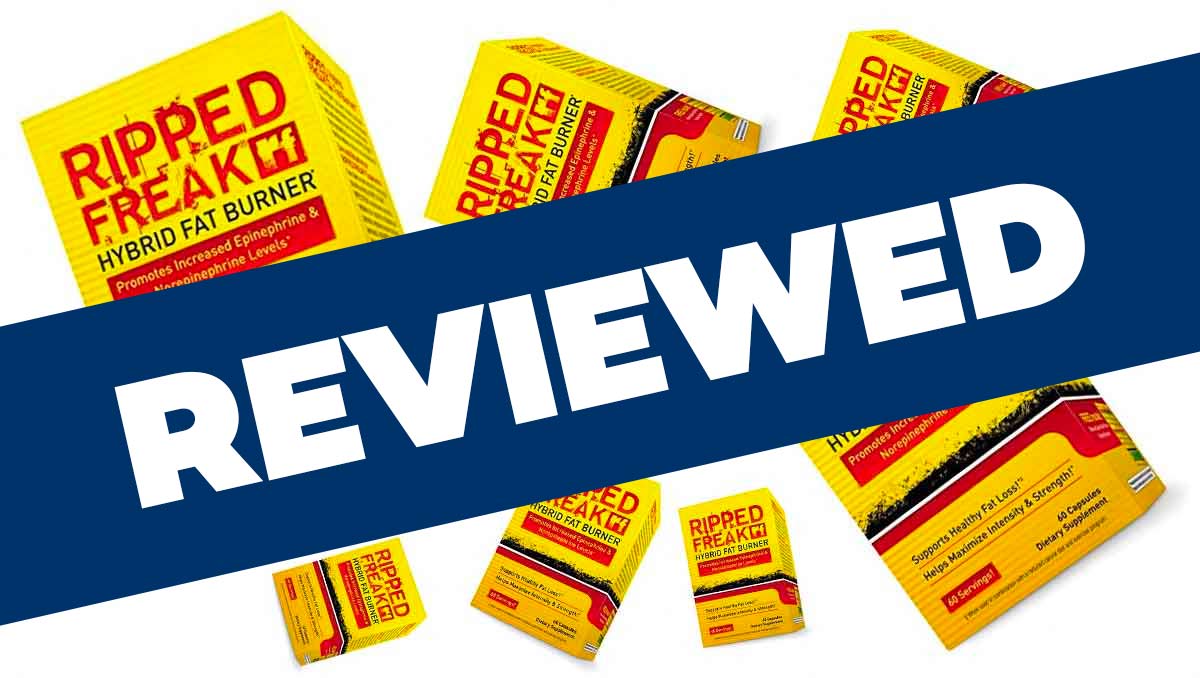 Ripped Freak is a so-called ‘fat burner’ supplement made by a company called PharmaFreak, and which is available to buy online.

It contains a range of different ingredients that have been selected to help support you on your health and fitness journey.

But before we take a close look at Ripped Freak as a supplement, we want to make a couple of important points about the products in this category.

Most so-called ‘fat burners’ are not ‘magic pills’ – and they are generally not proven to ‘burn’ fat on their own.

Editor's note: The content on this website is meant to be informative in nature, but it should not be taken as medical advice. The content of our articles is not intended for use as diagnosis, prevention, and/or treatment of health problems. It’s always best to speak with your doctor or a certified medical professional before making any changes to your lifestyle, diet or exercise routine, or trying a new supplement.

The purpose of this article is for us to take a detailed look at the Ripped Freak supplement from all angles as we look to see where it stands in a crowded market.

We’re going to be paying particularly close attention to the facts about the product, which include the ingredients formula, the doses, the directions and the price.

So, with the introductions out of the way, it’s time to start taking a closer look at the Ripped Freak supplement to see where it stands.

As we have already mentioned, Ripped Freak is a supplement made by a brand called PharmaFreak.

It fits into the broader range of supplements commonly referred to as ‘fat burners’ and like most of the products in this category, it contains a range of ingredients including stimulants and plant extracts.

Ripped Freak is marketed as a “hybrid” supplement that claims to help to support you on your health and fitness journey and that works in multiple ways.

The marketing material for this supplement shown on Bodybuilding.com claims that Ripped Freak uses some “never-before-seen” ingredients in its formula.

The supplement comes in a bright yellow box with red branding, and each bottle contains 60 capsules.

The marketing material shown on the Amazon.com listing also says that this supplement only requires a one-capsule dose, because the product is “so powerful”.

In total, the Ripped Freak supplement contains eight active ingredients in its formula, each of which is claimed to help offer support on your health and fitness journey.

Now that we’ve covered some of the basic things you need to know about the Ripped Freak supplement, it’s time to start taking a closer look at the all-important ingredients formula.

The formula below was shown on Amazon.com at the time of writing, but it’s important to carefully check the label of any supplement you’re thinking of trying, as manufacturers may vary their ingredients formulas from time to time. 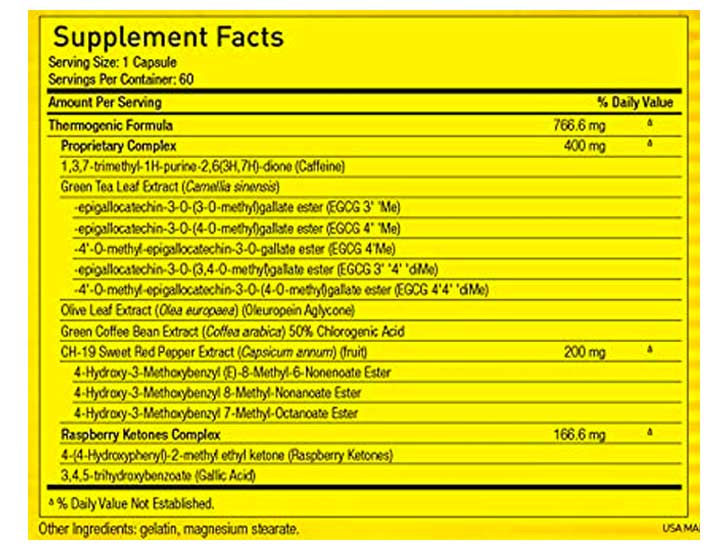 The Ripped Freak ingredients formula, as shown on Amazon.com at the time of writing

The first thing to point out is that this supplement uses a proprietary blend in some parts of its formula. This means that the doses of some of the actual ingredients are not shown, and instead they make up part of an overall ‘blend’.

Let’s now take a closer look at some of the ingredients in the Ripped Freak formula.

• Caffeine – This ingredient really needs no introduction. Caffeine is one of the most popular stimulants on the planet, and it’s also a common inclusion in supplements in this category. We do not know the precise dose of Caffeine included in each capsule, as it’s part of one of the proprietary blends. That being said, the label does say that each one-capsule serving of Ripped Freak contains about the same amount of Caffeine that you’d expect to find in three 8oz cups of coffee. As the total proprietary blend containing the Caffeine is 400mg, it is safe to assume that the Caffeine content in each capsule is less than 400mg.

• Green Tea Leaf Extract – Green Tea is one of the most popular ingredients found in supplements in this category. Once again, this ingredient is part of the main proprietary blend in Ripped Freak.

• Green Coffee Bean Extract – This is another popular ingredient. It’s a plant extract that comes from unroasted coffee beans, and it has been included to contain 50% Chlorogenic Acid.

• Raspberry Ketone – This is another fairly common supplement ingredient for products in this category. Each capsule of Ripped Freak contains a 166.6mg blend containing Raspberry Ketone.

Other ingredients in the Ripped Freak formula include Gallic Acid and Olive Leaf Extract.

At the time of writing, one bottle containing 60 capsules currently costs around $40 / £24. It’s worth checking the retailers for the latest prices, as they can change from time to time.

You can find Ripped Freak available from a number of online retailers, including Amazon.com and Bodybuilding.com.

We recommend that you speak to your doctor before taking any new supplement for the first time or making any major lifestyle changes.

It’s important that you read the entire label of any supplement you’re thinking of taking, including all of the warnings, directions and ingredients.

There is a warning on the label shown on Bodybuilding.com that says you should never take more than two capsules daily.

The label also says that you should consult a physician before using this product if you have a medical condition, if you require surgery, or if you are taking prescription or over-the-counter medication.

The warnings also state that the supplement should not be taken by individuals wishing to eliminate caffeine from their diet, and that it should not be used with caffeine-containing medications, foods and beverages, because too much caffeine may cause nervousness, irritability, sleeplessness, and, occasionally, rapid heartbeat.

The directions shown on Bodybuilding.com at the time of writing said:

As a dietary supplement, take one capsule of Ripped Freak with an 8-ounce glass of water on an empty stomach, first thing in the morning before breakfast.

There are also details for an ‘optional’ second serving: Take your second serving (one capsule) early afternoon, while you eat a meal.

We took a look on Amazon.com to see what some customers were saying about Ripped Freak.

At the time of writing, Ripped Freak had an average rating of 3.6 out of 5 stars from a total of 153 reviews.

One happy customer left a five-star rating and said that they were happy with the results after having taken Ripped Freak.

Someone else left a four-star review and said that they were pleased with the supplement.

One of the more negative Ripped Freak reviews came from somebody who left a two-star rating and said that they didn’t notice a great difference after having taken it.

Let’s now weigh up some of the pros and cons when it comes to this supplement.

Cons:
• No vitamins or minerals as individual ingredients
• Exact dose of Caffeine not shown on label
• Not Vegan friendly (capsules contain Gelatin)

Ripped Freak is a popular supplement that contains a range of commonly used ingredients for products in this category, including Caffeine, Green Tea, Green Coffee and Pepper Extract.

If you’re interested, you can check out our updated guide to some of the leading supplements in this category by following the link shown below.

As we mentioned above, it’s always best to speak to your doctor before taking a new supplement or making any major lifestyle changes.

It’s best not to regard supplements as ‘magic pills’ that will work without any effort on your part.

Sticking to a healthy diet, following a sensible workout plan and ensuring that you’re getting enough sleep are three of the key things that you can do to support your overall health without any supplementation.

That brings us to the end of our in-depth look at the Ripped Freak supplement.

We’ve walked you through all of the important things you need to know about this particular supplement, including focusing on the facts such as the ingredients and the directions. 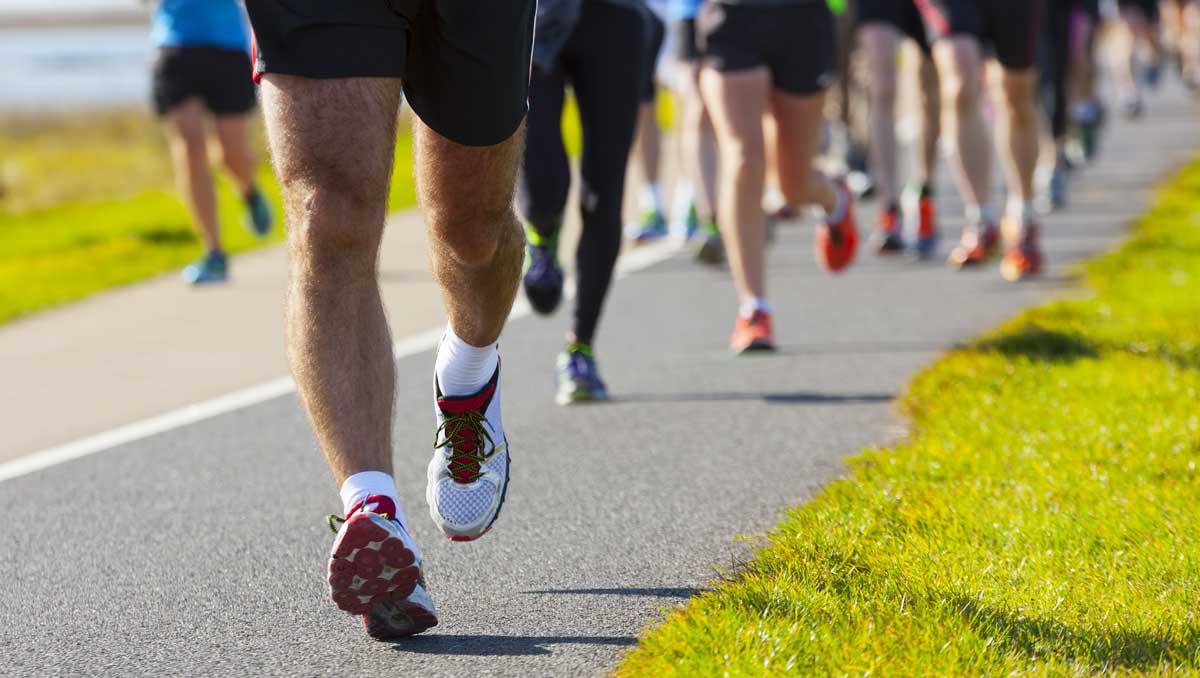 How Long Does It Take To Train For A Half Marathon? 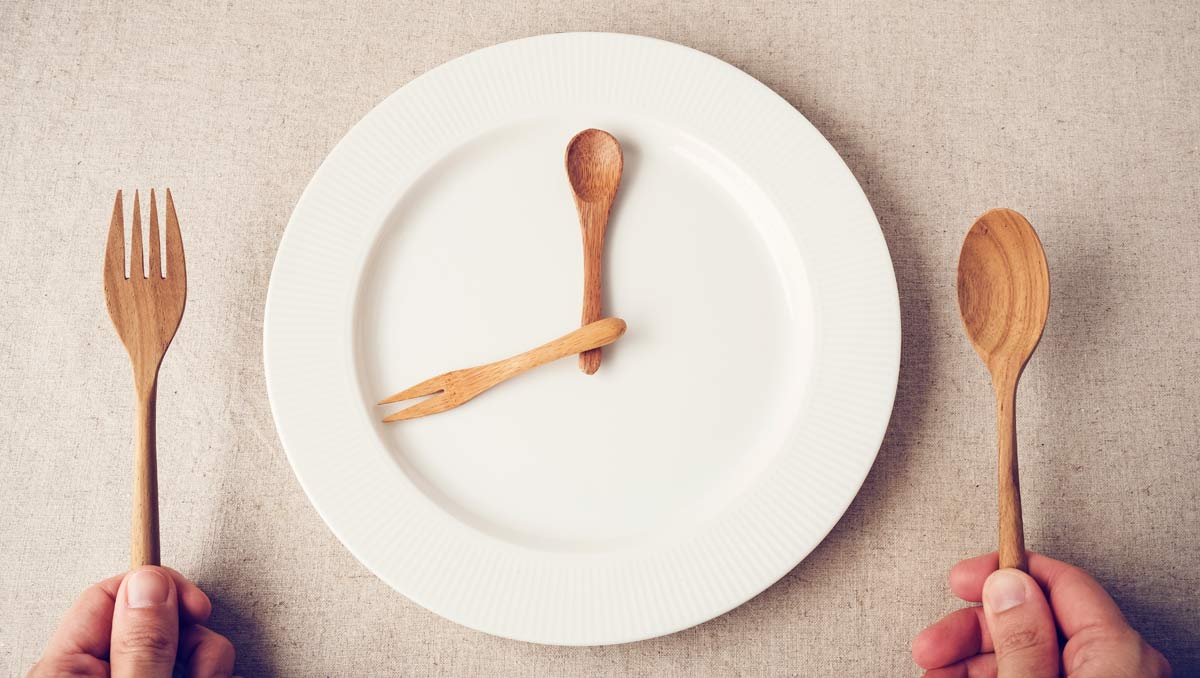 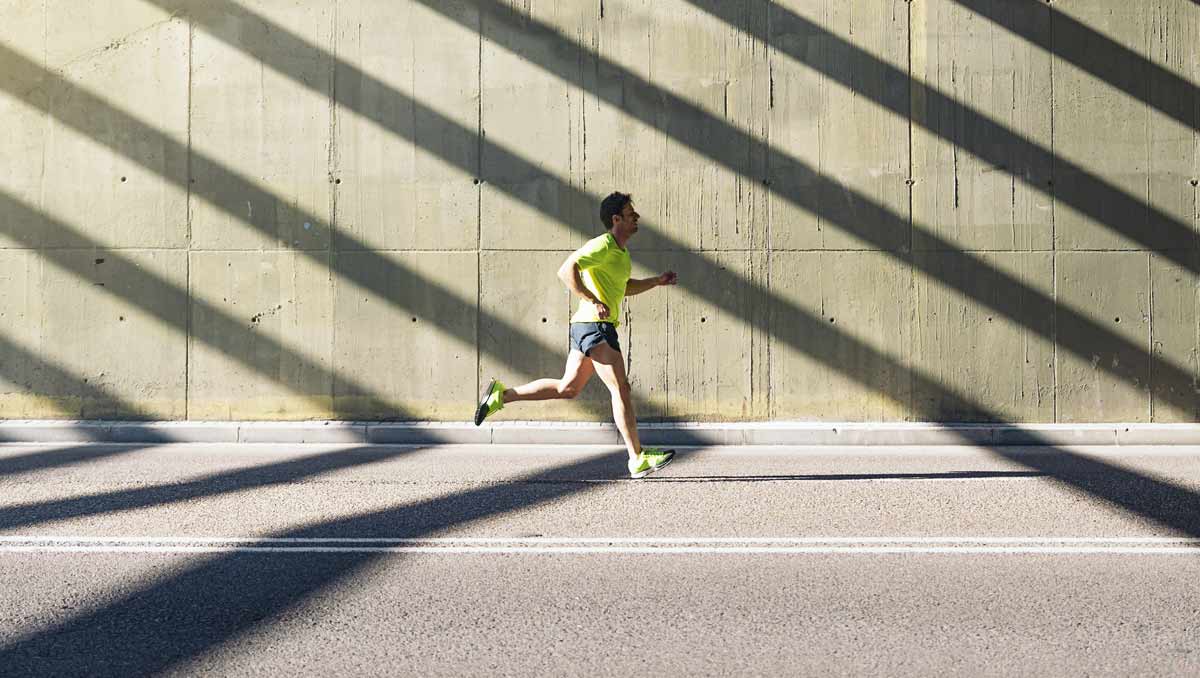 How To Get Back Into Running Again