Alvaro Morata is a Spanish footballer currently at Chelsea. Find out more about Alvaro in our in-depth biography 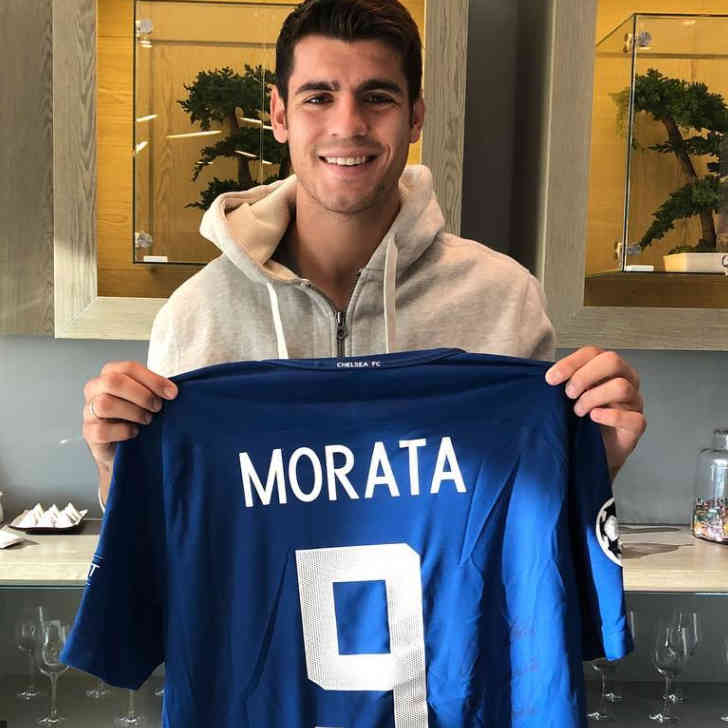 Alvaro Morata is a Spanish footballer who plays for Premier League club Chelsea.

The striker moved to the five-time Premier League champions in the 2017 summer transfer window in a £58m deal from Real Madrid.

The Spanish forward spent two seasons in Turin before Morata returned to Real Madrid to win the Champions League and La Liga in 2017.

The handsome attacker completed a move to the Premier League in July 2017 after Chelsea agreed a club-record fee with Real Madrid.

Morata has become a regular in the Spain national team squad after having scored 12 times in 22 international games. 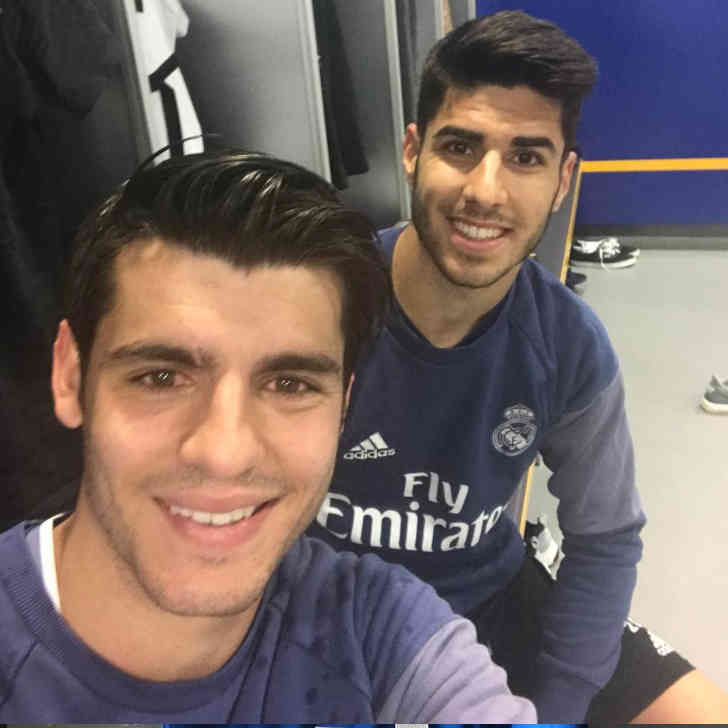 Morata came through the ranks at Real Madrid but the talented goal-scorer started his career at two of los Blancos’ Spanish rivals.

His first professional club was Atletico Madrid before Alvaro moved to Getafe, which is a club located in Madrid’s metropolitan area.

Jose Mourinho looked to acclimatise Morata to the first-team squad with some training sessions alongside their world-class names such as Cristiano Ronaldo but the promising striker learned his trade with the Castilla side.

He continued to score goals for Real Madrid’s B team in the next two seasons but his goal-scoring feats made his call-up to the senior squad inevitable. 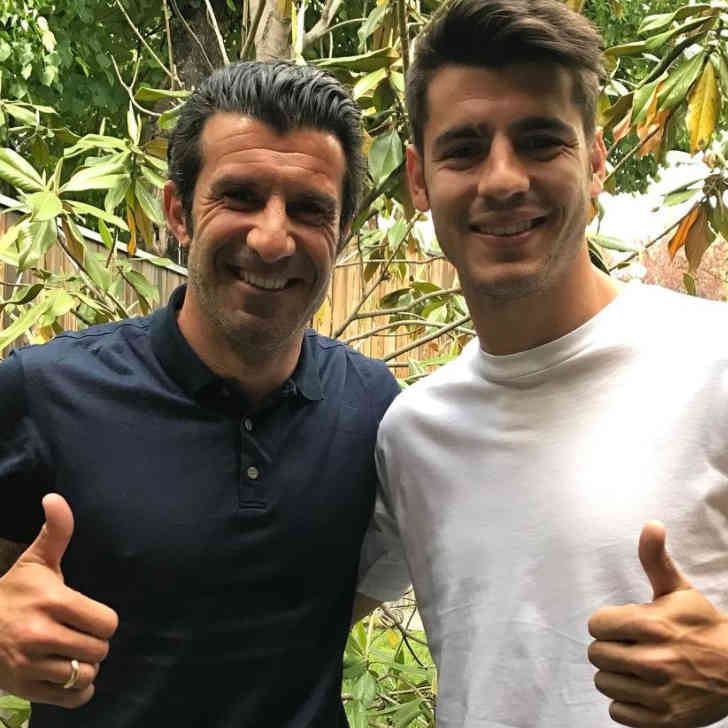 Alvaro made his Real Madrid debut as an 88th-minute substitute for Angel di Maria in a 3-1 win against Real Zaragoza in December 2010.

The Spanish striker scored a memorable first senior goal. Alvaro was a late substitute in a 2-1 win at Levante after scoring the winner with less than five minutes to go.

Morata’s winner didn’t earn him an immediate La Liga start. Indeed, Mourinho made the striker wait until February 2013 before handing the striker his home debut against Rayo Vallecano.

Unfortunately his first full start ended in disappointment after he was sacrificed to accommodate Raul Albiol following Sergio Ramos’ sending off.

His rising status in the Spanish capital was highlighted when Morata started El Clasico in March 2013. Morata teed up Karim Benzema in a 2-1 win against Benzema as he completed 90 minutes.

The Italian coach placed his faith in Morata and made the centre-forward a first-team regular.

Morata was a late substitute for Benzema in the European showpiece as Real Madrid beat their bitter rivals Atletico Madrid on penalties.

The Spain international scored nine times in 34 games in all competitions but Morata decided to seek a new challenge in search of more first-team minutes. 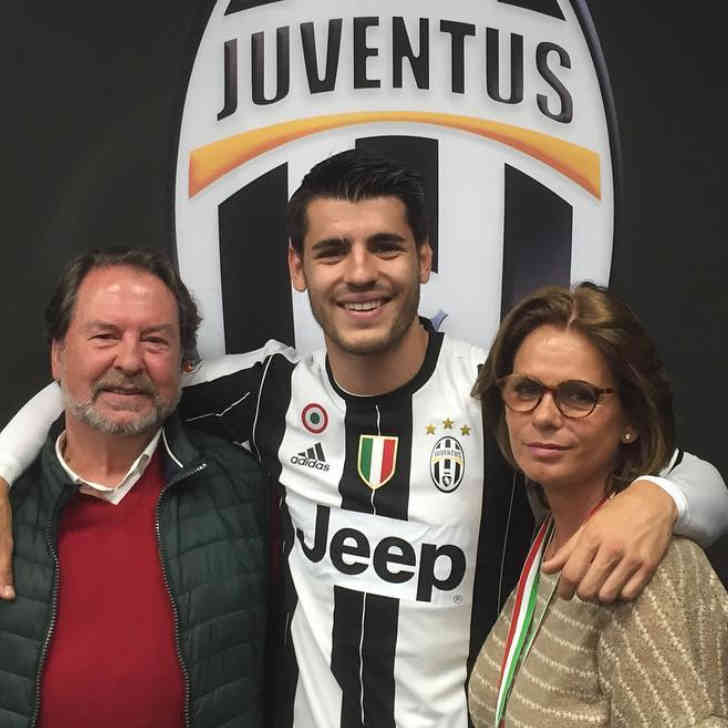 The Spanish striker signed a five-year contract with the Turin side but crucially Real Madrid inserted a clause which gave los Blancos the option to re-sign Morata.

While Antonio Conte orchestrated a deal for Morata, the striker’s prospective manager opted to leave to take over the reins of the Italian national team before his transfer went through.

His first goal came as a replacement for Llorente again when he was brought on off the bench to open his Juventus account with a header in a 3-0 victory over Atalanta.

Morata won a penalty in the quarter-finals to help Juventus beat Monaco. In a twist of fate, the Spain international was pitted against his former club Real Madrid in the last four.

He scored the opening goal in a 2-1 home win before Alvaro scored at The Bernabeu to help Juve secure their passage to the final. Tellingly, Morata didn’t celebrate either of his goals against los Blancos.

Morata capped his first season at Juventus with a goal in the Champions League final but was powerless to prevent the Serie A giants from losing 3-1 to eventual treble winners Barcelona.

Alvaro signed a contract extension to keep him at Juventus until 2020 in December 2015 but Real Madrid exercised their clause to buy back Morata following a return of 27 goals in 93 games six months later. 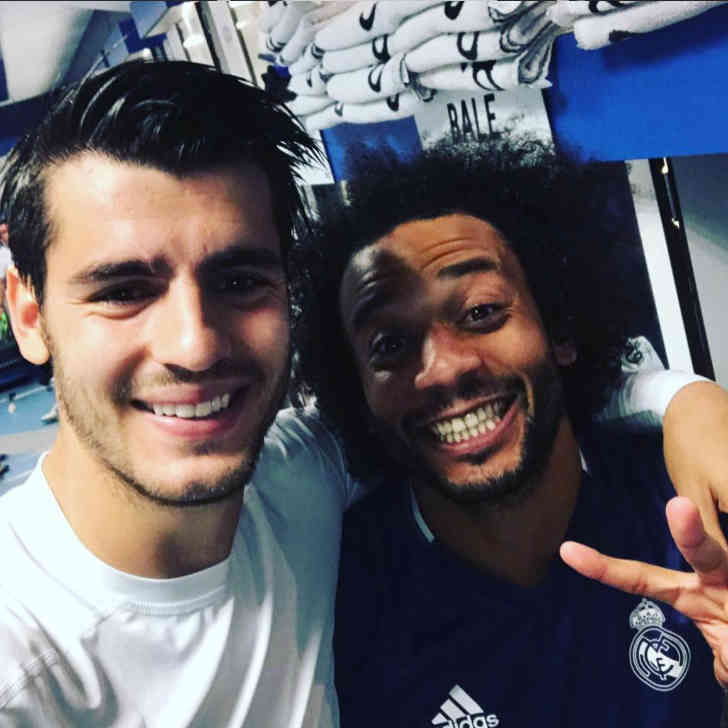 It didn’t take Alvaro long to open his La Liga account for the campaign after he scored in a 2-1 victory over Celta Vigo in August 2016.

Morata started 14 games and was a substitute 12 times as Real Madrid pipped Barcelona and Atletico Madrid to the Spanish title in 2016-17.

Morata found securing a starting place in the Champions League even more difficult. In fact, the Spanish striker started one game in Real Madrid’s title-winning campaign. 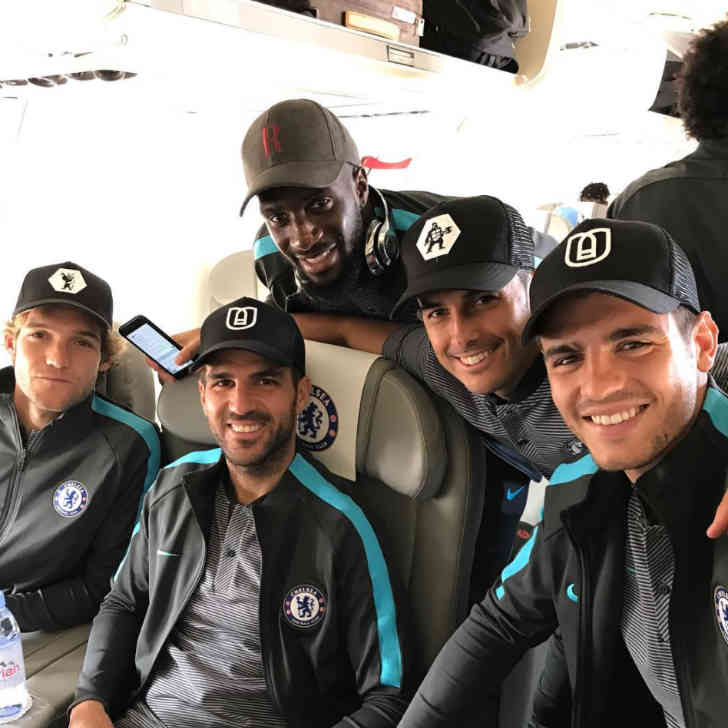 The Spain international scored six times in his first seven games in the Premier League. He scored his first Chelsea hat-trick in a 4-0 win at Stoke City on 23 September. 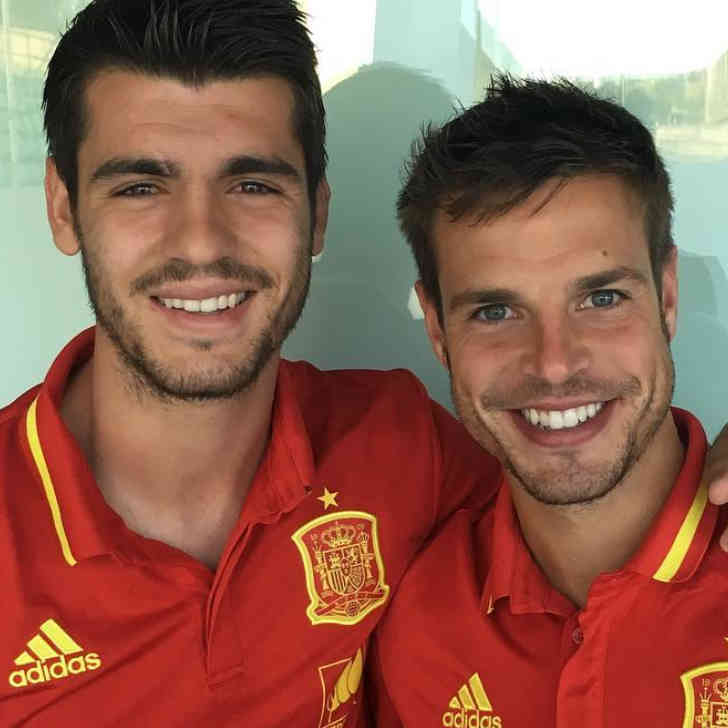 Morata made his first appearance in the Spain national team in November 2014.

Following his Chelsea move, Morata converted his domestic form to the international stage with a brace in a 3-0 win against Italy in 2018 World Cup qualifying.

As of November 2017, Morata had scored 12 times in 22 appearances for the Spain national team.

Morata netted against Newcastle, Brighton and Bournemouth in the Premier League in December before a disappointing end to his first campaign in England.

Indeed, Alvaro didn’t open his account for 2018 until a goal in a 2-1 victory over Leicester City in the FA Cup. Morata netted in a 2-0 win over Southampton in the semi-finals to book their place in the final.

The Spanish forward was a substitute in Chelsea FC’s 1-0 win against Manchester United in the FA Cup final at Wembley.

Morata netted 15 goals in all competitions in an underwhelming first season in England. 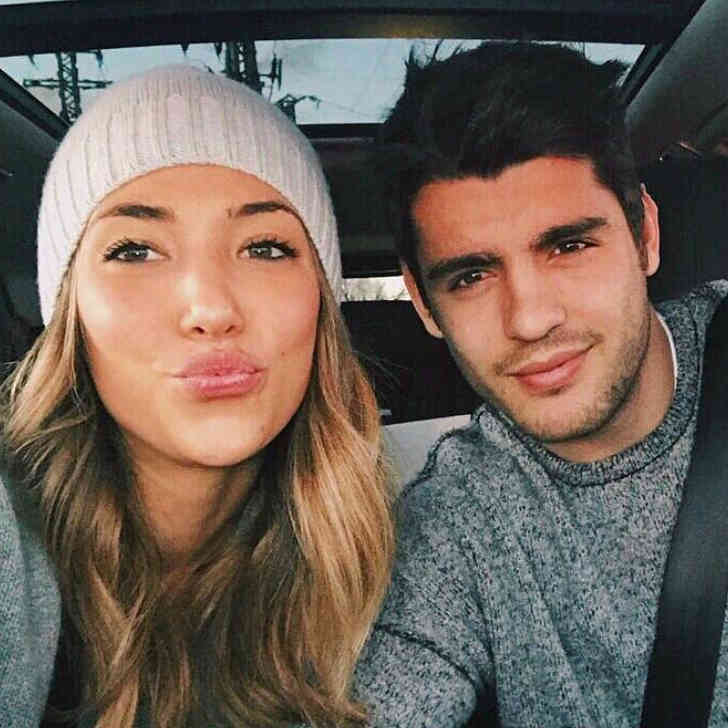 Morata got engaged to his long-term Italian girlfriend Alice Campello in December 2016.

The beautiful couple got married in a lavish wedding ceremony in Venice in June 2017.

Something you don’t know about Alvaro Morata

In 2014, Morata shaved his head after he visited a cancer charity home and one of the children was upset that they couldn’t have a haircut like the striker.

Morata said: “Kids with cancer wanted to have my haircut but they couldn’t, so I gave myself theirs.”