Take a tour of Cristiano Ronaldo’s stunning house in Madrid 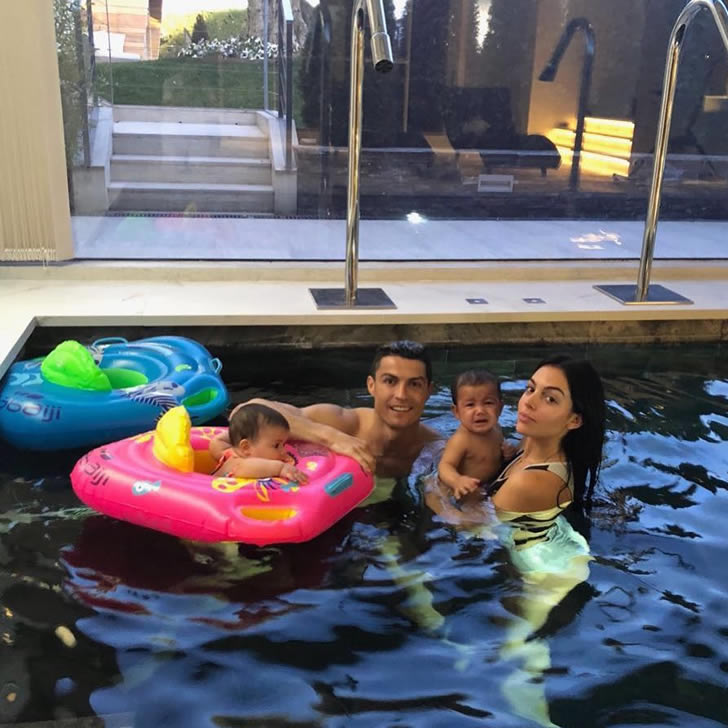 Cristiano Ronaldo is already known as one of the greatest footballers of all time.

The Real Madrid superstar has five Ballon d’Or awards to his name and that puts him level with his FC Barcelona rival Lionel Messi.

Ronaldo is one of the highest-paid players in world football, with the Portugal international believed to earn around £365,000 a week after tax.

It’s no wonder then, that Ronaldo has gone to great lengths to make sure that he is fully settled and feeling comfortable in his surroundings in Madrid.

The former Manchester United attacker is happy to share pictures of himself relaxing around his luxury house with his friends and family on social media.

According to the Daily Mail, Ronaldo’s Madrid house is worth around £4.8m, and boasts a mini-football pitch, swimming pool and gym.

The home is located in the exclusive La Finca area of Pozuelo de Alarcon, just outside Madrid.

Ronaldo shares his home with his model girlfriend Georgina Rodriguez and is regularly pictured relaxing with his partner at his personalised home.

The Portugal captain has clearly made sure that he is feeling comfortable of the pitch so he can focus on performing on it.

So, are you ready to take a look around Cristiano Ronaldo’s amazing property in Madrid?

Click the button above or below to begin your photo tour of Ronaldo’s house.