Mesut Ozil has given a rare glimpse inside his luxury London mansion, which features Turkish marble and an incredible shoe collection 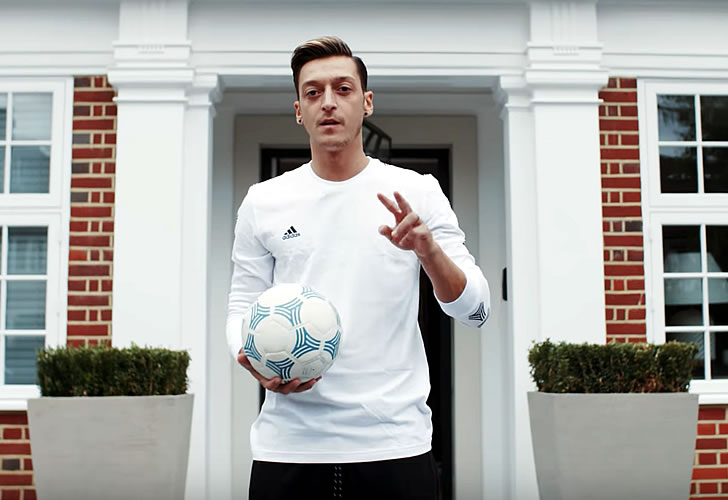 Mesut Ozil has given fans a rare glimpse into his life away from football by inviting fans inside his house for a video tour of his incredible London home.

The Arsenal playmaker has been living in the English capital since his big-money transfer to The Emirates from Real Madrid in the summer of 2013 – and it seems he has settled into life in London pretty well.

Ozil is one of the highest-paid footballers in the Premier League and he is known for his eye-catching style and sumptuous attacking play.

The 29-year-old Germany international signed a new three-and-a-half year contract with Arsenal in January 2018, and he is now reported to earn around £350,000 a week.

Thanks to a video published on the Hypebeast YouTube channel, Ozil has given his fans an incredible glimpse into his life away from football.

Ozil lives in a six-bedroom detached house in Hampstead, and he clearly has a lot of attention to detail when it comes to making sure that everything is on point.

As well as showing us his extensive shoe collection, Ozil also shows us one of his cars and explains some of the decor in his amazing pad.

World Cup winner Ozil is one of world football’s biggest stars and he’s clearly gone to great lengths to make sure that he is comfortable in his life away from the pitch.

So, click the button above or below to start the slideshow and your virtual tour of Ozil’s house.